Match My Gift
The PREA hotline number for offenders to call is pasted on the floor under a bank of phones at the Washington Corrections Center For Women in Gig Harbor, Wash. Elaine Thompson/Associated Press
Filed 8:00 a.m.
News

Prison Rape Allegations Are on the Rise

But the accusations are still rarely found to be true.

For a long time in the popular imagination, prison rape was, quite literally, a joke. Most cop shows could be counted on for a biting aside or two about dropping soap in a jail shower. But in Washington, some prisoner advocates took the problem seriously, pushing for the passage of the federal Prison Rape Elimination Act in 2003. Almost a decade later, in 2012, the Justice Department issued its first set of national standards requiring that detention facilities not only give inmates multiple ways to report sexual abuse but also investigate every allegation.

Prison rape is far from being eliminated, and there have been complaints for years that the law lacks real teeth. But new numbers released Wednesday show there has been at least one big change since 2012: sexual assault behind bars is being reported more — a lot more.

“I see this is a clear sign that prisoners are starting to trust the system, rather than an indication that sexual abuse in detention is skyrocketing,” said Lovissa Stannow, the executive director of Just Detention International, the leading advocacy organization trying to curb prison rape.

In 2011, before the national standards were issued, there were 8,768 allegations of sexual assault and harassment nationwide. By the end of 2015, that total had jumped to 24,661, a leap of more than 180 percent, according to the federal Bureau of Justice Statistics, which compiles the numbers it collects from corrections departments.

Still, the report shows, corrections administrators rarely decide that the alleged attacks actually happened. The number of accusations found to be true increased only slightly, while the number of allegations that were eventually found to be false or inconclusive skyrocketed.

Sexual Abuse in Prisons and Jails

Incidents of sexual abuse and harrassment reported behind bars grew dramatically after new national standards were issued in 2012. As reporting improved, the number that were determined to be unfounded, meaning they didn't happen, grew alongside those that were unsubstantiated, meaning they lacked evidence to determine whether they happened. The number that investigators substantiated grew, but remains a small percentage of the total reported. 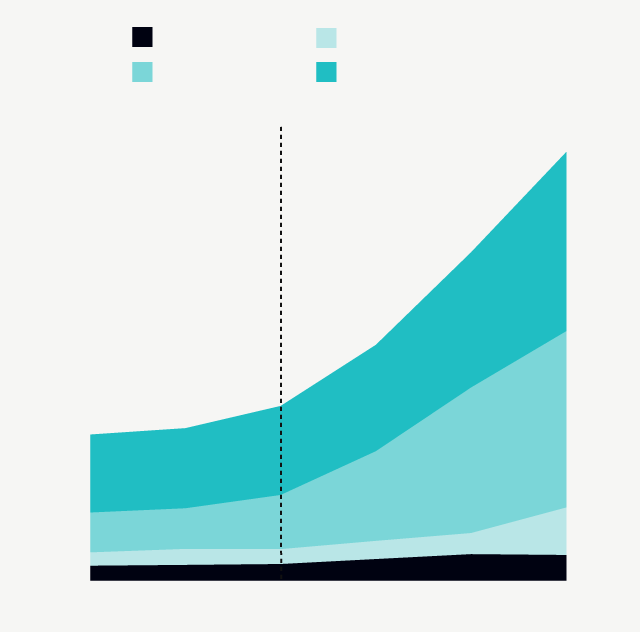 For the remaining vast majority of allegations, corrections officials determined that either the report was false or there was not enough evidence to decide either way.

Stannow was skeptical that inmates are making such high numbers of fake accusations. “Prisoners have nothing to gain from filing false sex abuse reports,” she said. Corrections officials often start with the assumption the a report is false, particularly when it’s against a colleague, Stannow said. “There’s a very strong tendency to close ranks,” she said.

The new data show that allegations made by inmates against staffers made up the majority of reports in 2015 — 58 percent — while constituting less than half of all the allegations later proven to be true — 42 percent.

Since 2003, the Prison Rape Elimination Act has required the government to collect statistics two ways: prison administrators submit their official findings, which was the basis of the report released Wednesday, and inmates complete anonymous surveys. The last prisoner survey was conducted in 2012. The BJS has estimated that more than 200,000 inmates are sexually abused in American detention facilities annually.

“We know there are many victims who don’t feel comfortable coming forward, and correction administrators only know what comes to their attention,” said Allen Beck, BJS senior statistical advisor. “Right now, what we’re seeing can be largely accounted for by improved record-keeping and enhanced sensitivity on the part of inmates and corrections officials on issues of sexual victimization.”

Beck said better investigative techniques may have also contributed to the rise in the number of accusations found to be false. Those cases may have been found to be inconclusive in the past, he said.

The report lacked details it has had in the past, such as the gender of the alleged victims and perpetrators, the sanctions imposed, and the most common locations where sexual abuse allegedly took place.

“It’s really difficult to draw any conclusions from this,” said Pat Nolan, a former California politician who was imprisoned in the 1990s and became a member of the National Prison Rape Elimination Commission, which helped promulgate the standards. “One of the ideas of these surveys is to give us information to try to prevent future assaults, and that’s totally missing from this.”

Those details are expected to be released next year, BJS said.