At 16, one deadly punch sent him away for life. The Supreme Court gave him a second chance at freedom.

Taurus Buchanan, who received a life-without-parole sentence for throwing a single deadly punch when he was 16 years old, was released from Louisiana State Penitentiary Tuesday.

Buchanan, now 42 (he was sentenced at 17), appeared before the Louisiana Board of Pardons and Parole in Baton Rouge via video conference from Angola, where he was surrounded by his mother, wife, sister, legal counsel and friends. After hearing testimony from family, former inmates and the prison warden, Darrel Vannoy, the board granted Buchanan parole. He had served 25 years behind bars. 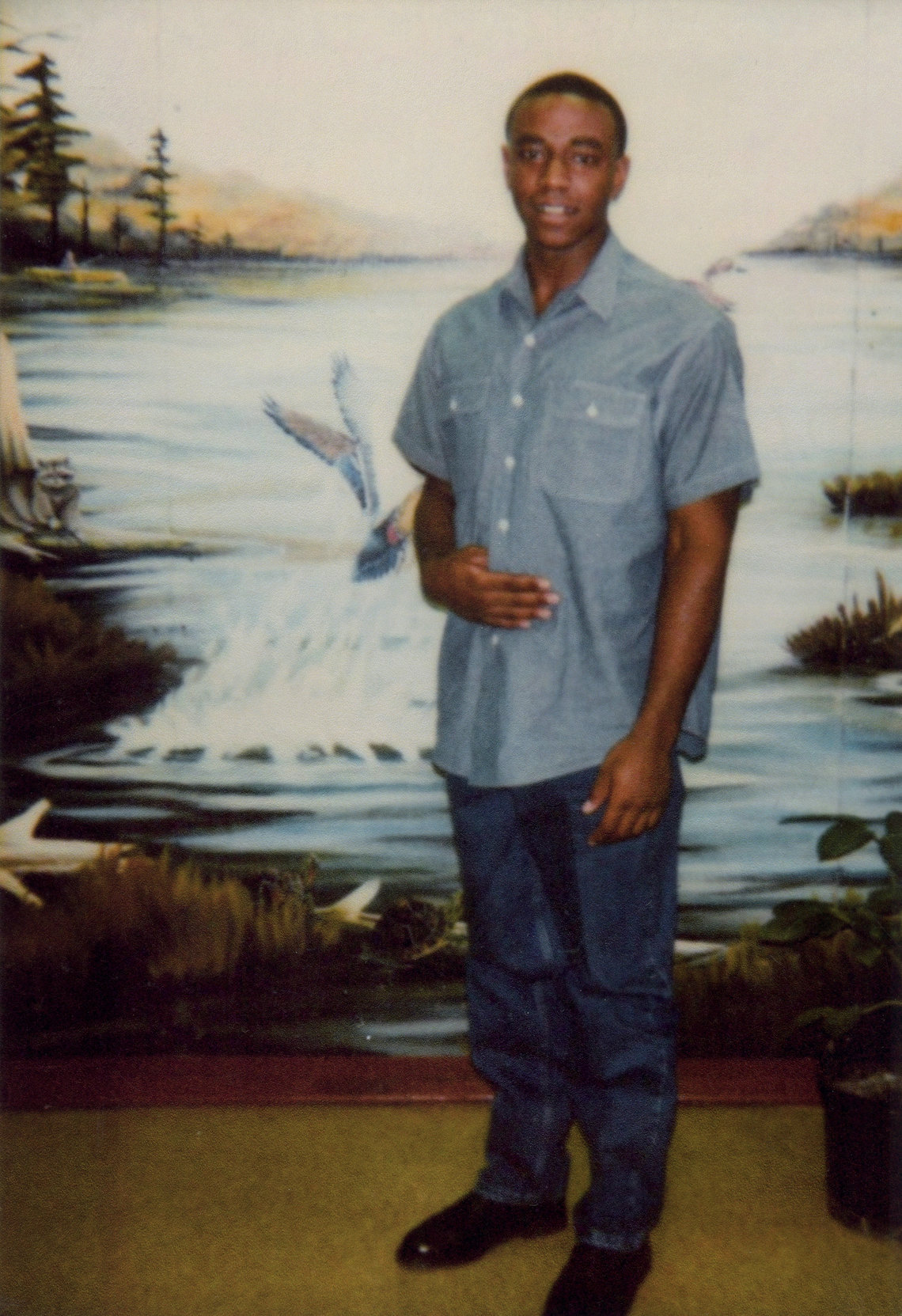 Taurus Buchanan, then 19, at the Louisiana State Penitentiary in Angola.

“It is a real kaleidoscope of emotions and feelings,” Buchanan told The Marshall Project shortly after being released Tuesday. “You know you are in a happy moment, but you don't know how to physically act it out. It’s like when people are at a football game and their team scores, and people are jumping up, hooting and hollering. All that is hard for me to do after so many disappointments and let downs. So on the outside I seem calm, but on the inside I am jumping for joy.”

Francis Abbott, executive director of the Louisiana Board of Pardons, said that the hearing “went just like any other hearing” and that “the board made the best decision as far as public safety and based off of [Taurus’] body of work at the institution."

Majeeda Snead, Buchanan’s lawyer, said he has always been “humble” and “remorseful of his actions.” She noted that everyone who spoke on Buchanan’s behalf during the hearing “offered nothing but praise.”

The Marshall Project first wrote about Buchanan in 2016 as part of an investigation into thousands of juveniles serving life-without-parole sentences. In the 1990s, researchers projected that high crime rates in the nation’s inner cities would create a generation of young people predisposed to violence. Ultimately, these “superpredators” never materialized, but many states had already passed laws imposing strict penalties for young violent offenders.

At the time, Louisiana was one of 28 states that doled out mandatory life sentences to juveniles. In 1993, Baton Rouge police arrested Buchanan for landing a single fatal punch during a fight with neighborhood boys. Prosecutors charged Buchanan with second-degree murder. Under Louisiana law, he was automatically tried as an adult. The judge issued a mandatory sentence: life without parole.

Over time, a series of cases forced the U.S. Supreme Court to reconsider the way young people are held responsible for their crimes. In 2005, the court banned the use of the death penalty for crimes committed by juveniles. Several years later, the court banned mandatory life-without-parole sentences for young people not convicted of homicide. In a 2012 ruling, the court extended that ban to include homicides. And in 2016, the court made the ban on life sentences retroactive.

After more than two decades in prison, Buchanan’s fate began to change. Following The Marshall Project story in 2016, Buchanan received notice he would be granted a clemency hearing. But the hearing was denied after Buchanan got written up for using a three-way call to speak with a journalist at The Advocate. A year later, in March 2017, a judge issued Buchanan a new sentence based on the 2016 Supreme Court decision: 35 years with parole. He became eligible for parole after 25 years when the Louisiana legislature passed a sweeping criminal justice reform package in 2017.

In the intervening years, Buchanan was an exemplary inmate. He credits his positive outlook to an unwavering faith in God, strengthened during his time in prison. Determined to live his best life despite the circumstances, Buchanan took advantage of every opportunity available to him in Angola. He earned his GED. He learned to cook, and he became a certified carpenter. And he ultimately received a Class A Trusty status, which is the highest classification at the prison, and comes with special privileges.

In 2010, he married Deborah Crawford. The two first met when she came to visit friends also incarcerated in Angola. Buchanan’s wife, now Deborah Buchanan, picked him up from Angola on Tuesday.

“I was nervous. I cried,” she said. “I look forward to just spending time together and doing things we never got to do before.”

Now Taurus begins the work of building a life after so many years behind bars. His first task is to check in with his parole officer. Next, he will get his driver’s license and start work at a construction company. He’s eager to start earning money and saving for his retirement. He said he looks forward to reconnecting with his family, especially his grandfather in Houston, where he spent his summers as a boy. He is sad to leave behind the friends he made in prison, but he wants to put Angola behind him in order to move forward.

“I once heard a motivational speaker say that holding a grudge is like drinking poison, and expecting someone else to die,” said Buchanan, reflecting on his experience. “No matter what was done to me, I don’t like it, for one punch, but I did something wrong and I am willing to accept whatever it is that I have to deal with.”