Who Begs To Go To Prison? California Jail Inmates

Effort to cut prison overcrowding puts some jails in crisis. 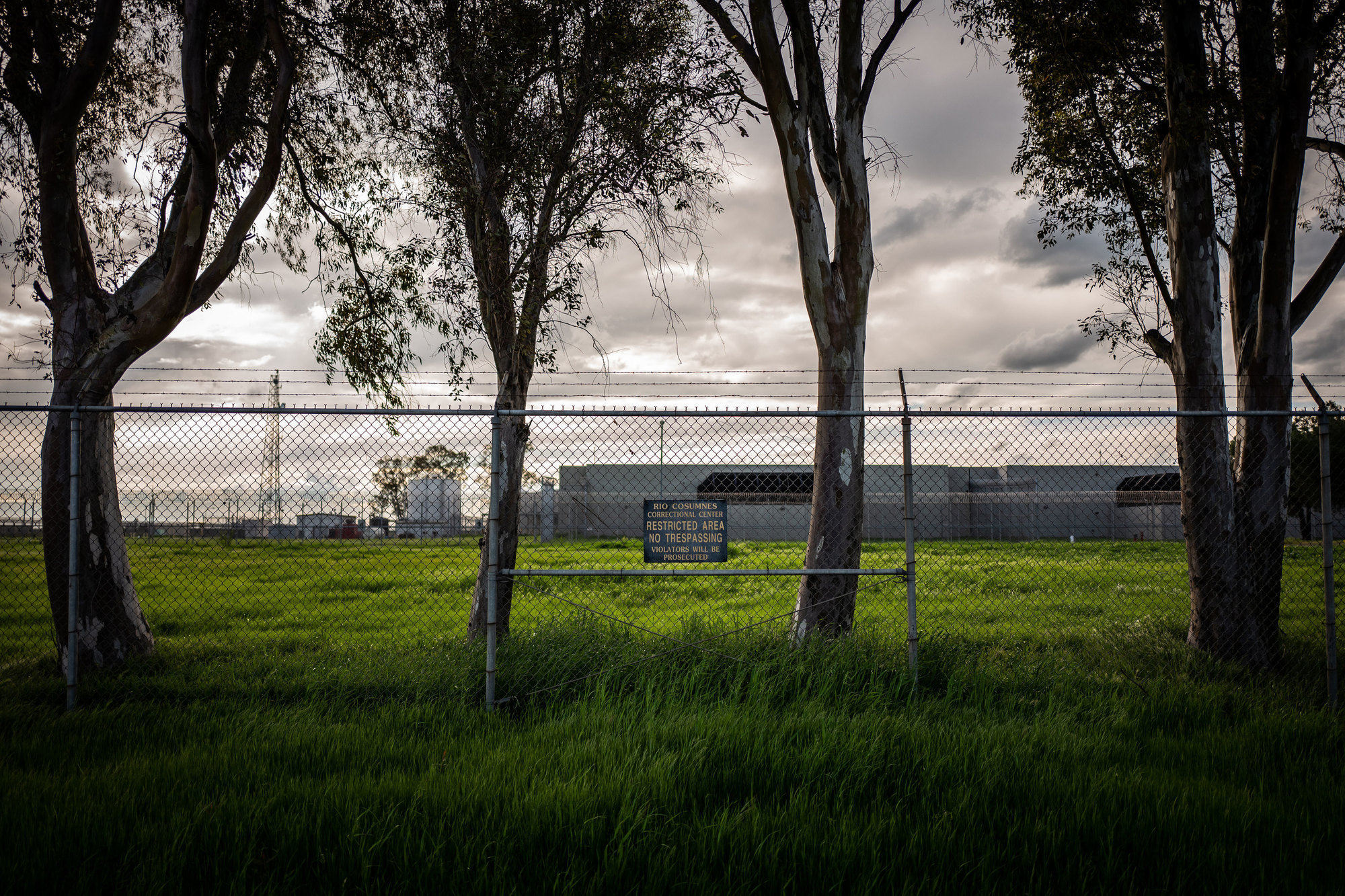 SACRAMENTO — Ever since he stole his first car at age 10, Cody Garland has spent much of his life behind bars. Now 35, he has served time at eight different California prisons.

But the hardest stint, he says, was not in a state penitentiary. It was in a Sacramento County jail, where in 2016 he was sentenced to serve eight years for theft.

Medical care at the jail was even worse than in prison; untreated glaucoma left him blind.

Solitary confinement—in a windowless room—was a common punishment; Garland says he lost track of whether it was day or night during a spell in solitary and began to hear voices.

Mental-health help was hard to get, even after he started swallowing shards of metal and tried to hang himself.

“I’ve done a lot of prison time,” he says, “and this was the worst time I’d ever done.” 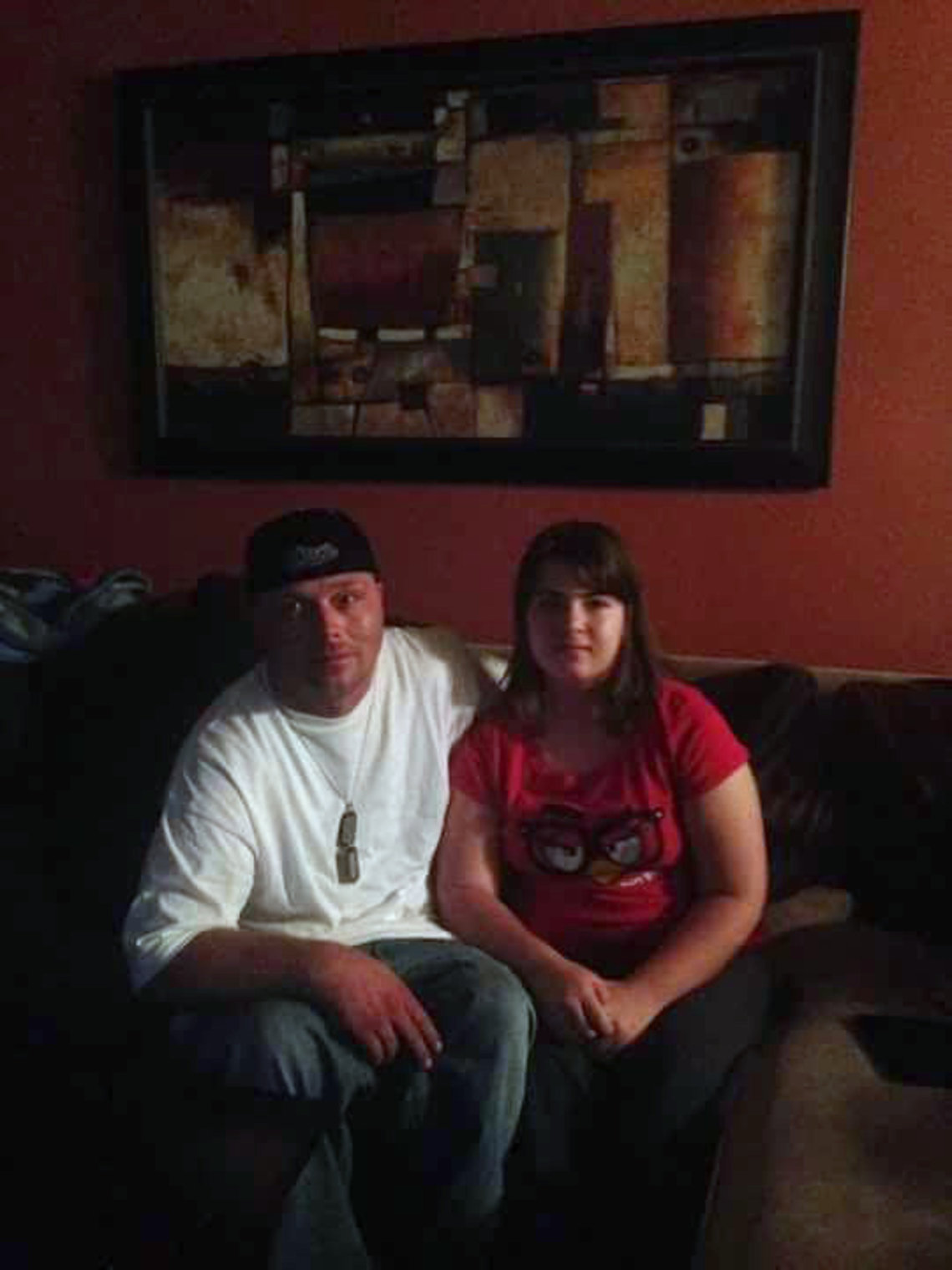 Cody Garland, left, and his daughter. Garland is currently in the California Men's Colony in San Luis Obispo, Calif.

Garland is one of more than 175,000 people sentenced to county jails instead of state prisons in the last eight years because of sweeping changes to California’s justice system, according to an analysis of state data by The Marshall Project. The reforms were intended to ease prison overcrowding—and they have.

But the changes were also supposed to help people convicted of nonviolent crimes, by letting them serve their sentences close to home in county jails with lots of education and training programs.

It hasn’t worked out that way in some urban counties. Jails built to hold people for days or weeks—awaiting trial or serving short sentences for petty crimes—have strained to handle long-term inmates, many with chronic medical and mental-health problems and histories of violence.

Statewide, assaults on jailers increased by almost 90 percent from 2010, the year before prison downsizing began, to 2017, the most recent year for which there is complete data. Mental-health cases, which had been declining in jails, have risen. County spending on medicine for inmates has jumped (to almost $64 million in 2017 from $38 million in 2010), and the cost of psychotropic medication has recently spiked. Legal challenges over inmate treatment have expanded to about a dozen county lockups.

Deaths in California jails jumped by 26 percent in the years after they started receiving long-term inmates, peaking at 153 in 2014 before falling to 133 in 2017. That year, California had 17.7 deaths per 10,000 inmates; Texas, which has the second largest jail population, had 13.2.

Problems have been particularly acute in counties with old facilities, tight budgets and a lot of long-term inmates, including Sacramento, San Bernardino, Fresno and San Diego, which had a spate of suicides this spring.

California’s experiment in prison downsizing has implications for states across the country as they try to cut the size of their prison systems. Some, like Texas, are tackling the issue because of the high cost of locking people up, while others, like Alabama, are under pressure to relieve overcrowding and violence. And in many regions, voters are concluding that prison populations, which include disproportionate numbers of people of color, reflect outdated “tough-on-crime” policies.

For such states, “California is a pretty remarkable study,” says James Austin, a corrections expert who has examined California prisons and jails. “The whole system has dropped about 220,000 people” without the surge in crime many critics feared.

Some counties have coped well with the changes. In wealthy Silicon Valley, governments have poured cash into fixing up their jails. They have also spent a lot on programs to keep people out of jail in the first place, and to help those who are incarcerated make a successful return to their communities.

Others, like Humboldt County, a rural area along the rugged coastline about 300 miles north of San Francisco, say they have relatively few long-term inmates because judges and prosecutors have changed their sentencing practices to allow people to serve more of their time in the community.

“One of the things that made us successful is we’ve been fortunate not to have some of the longer sentences that some other counties have had,” said Capt. Duane Christian, who leads the Humboldt County Correctional Facility.

Overall, the consequences for county jails aren’t easy to measure. No state agency collects data that could answer important questions, like what percentage of a county’s inmates are there because of the new measures and whether some jails hold an outsized number of inmates with long sentences.

The state does track the size of the overall jail population, which increased briefly after a 2011 U.S. Supreme Court decision required California to downsize the prisons, climbing to an average of 82,000 people in 2013. But the number of people in county lockups began to drop after 2014, when state voters approved a measure to cut the length of some sentences. Last year, county jails held 72,500 people.

Sacramento County, for one, continues to struggle with adapting local jails to house long-term inmates.

The county, home to the state capitol, has about 1.5 million residents and has received about 8,000 long-term inmates since 2011, according to our analysis. The data does not tell us how many of those people are still in the county’s jails, which generally house 3,500-4,000 people.

Most people waiting for trial are housed in the Sacramento County Main Jail, a series of six slender concrete towers a few blocks from the Capitol downtown. Built in 1989, the jail can hold up to 2,380 people.

The county’s other jail, the Rio Cosumnes Correctional Center, sprawls across a 140-acre campus south of the city and can hold 1,625 people in buildings and dorms, some of which date to the late 1950s. It’s here that Garland tried to end his life.

The number of Sacramento inmates with psychological problems has soared. Last year, its jails reported about 8,800 new mental-health cases, up from around 4,100 in 2010 before the prison-reform efforts took hold. 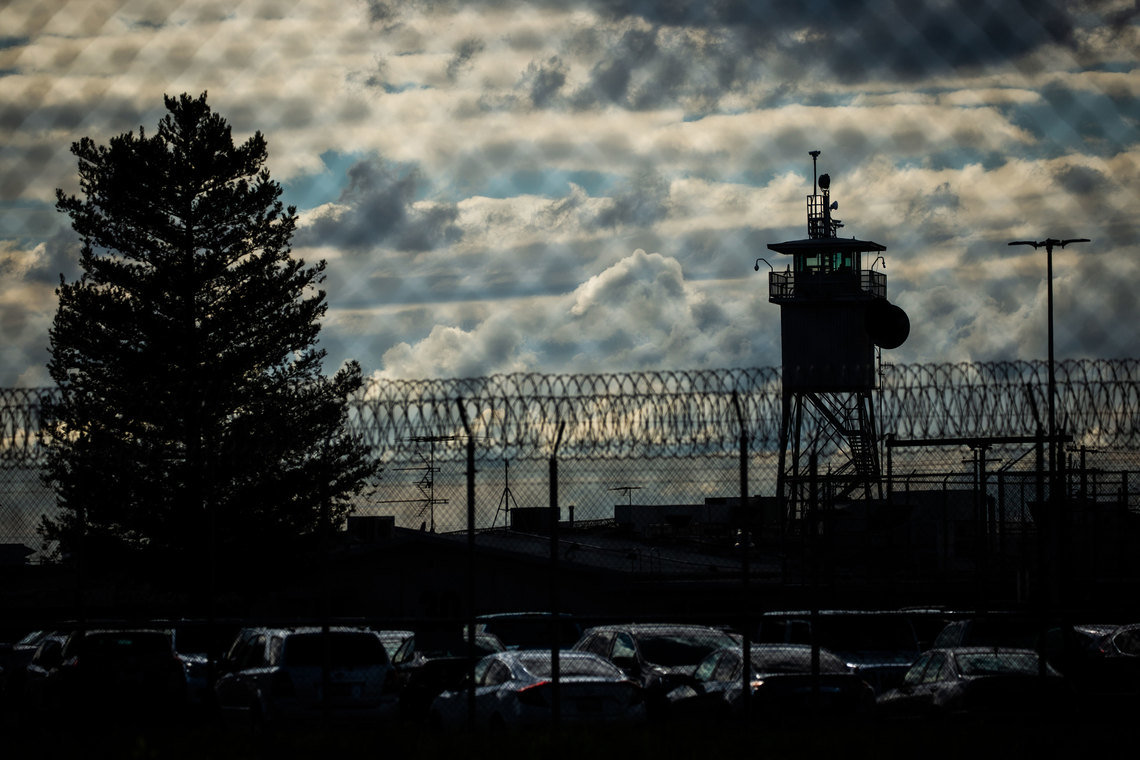 Violence at the jails has also increased. While the county does not report how often inmates attack each other, assaults on staff have almost doubled, to 111 last year from 58 in 2010.

“One of the things that we’ve gotten from this is a more sophisticated offender—people that have done prior prison sentences,” said Lt. Brad Rose of the county sheriff’s department, which runs the jails. “It’s the state prison mentality and sophistication. They make weapons out of anything.”

On the positive side, he said, the county has used state funding to increase the programs it offers inmates to help them prepare to return to their communities.

Sacramento County receives millions of dollars from the state each year to help offset the costs of the new measures, money which covers drug court, public defenders and prosecutors as well as jails. In 2018-2019, those payments amounted to $320 million, according to the county budget.

Those funds are not enough to pay for fixes to the jail or the additional staff needed, county officials contend. They declined to provide specifics, citing pending litigation.

In August 2015, the nonprofit Disability Rights California published a scathing report about Sacramento jail conditions. The group found the county held disabled inmates in excessive solitary confinement and provided inadequate mental health care; in one unit inmates spent nearly 24 hours a day in bare cells, released only once or twice a week into a dayroom that smelled of feces. 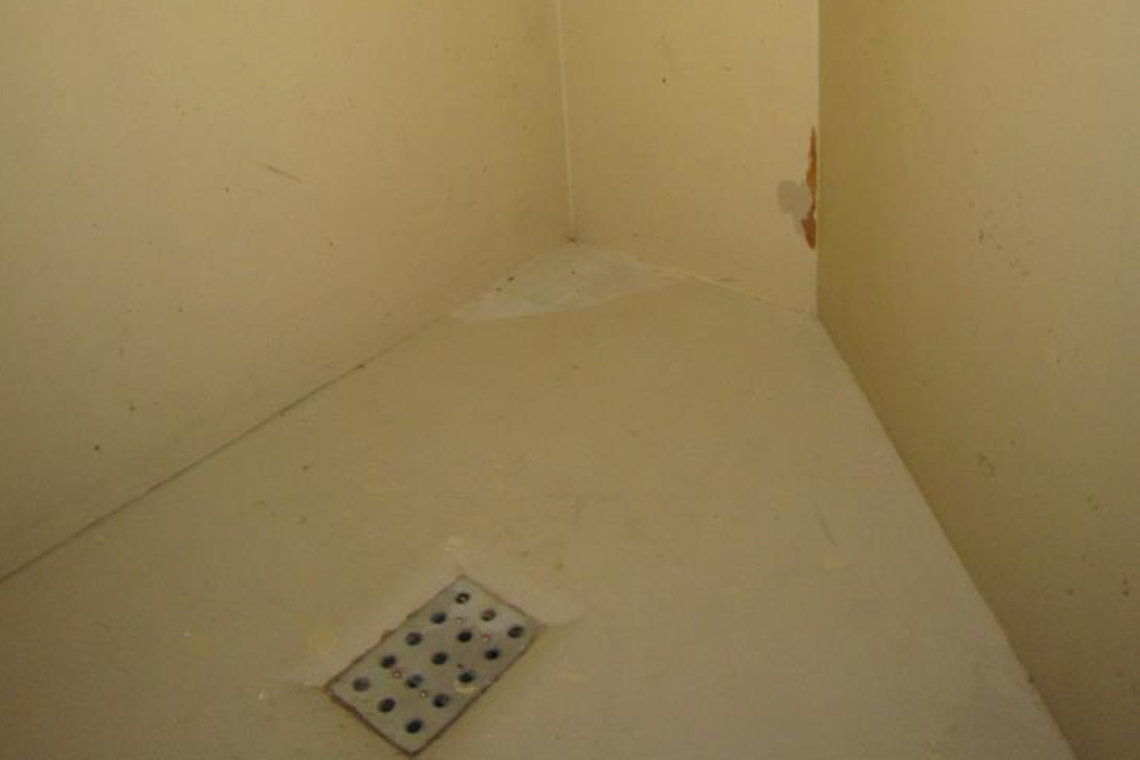 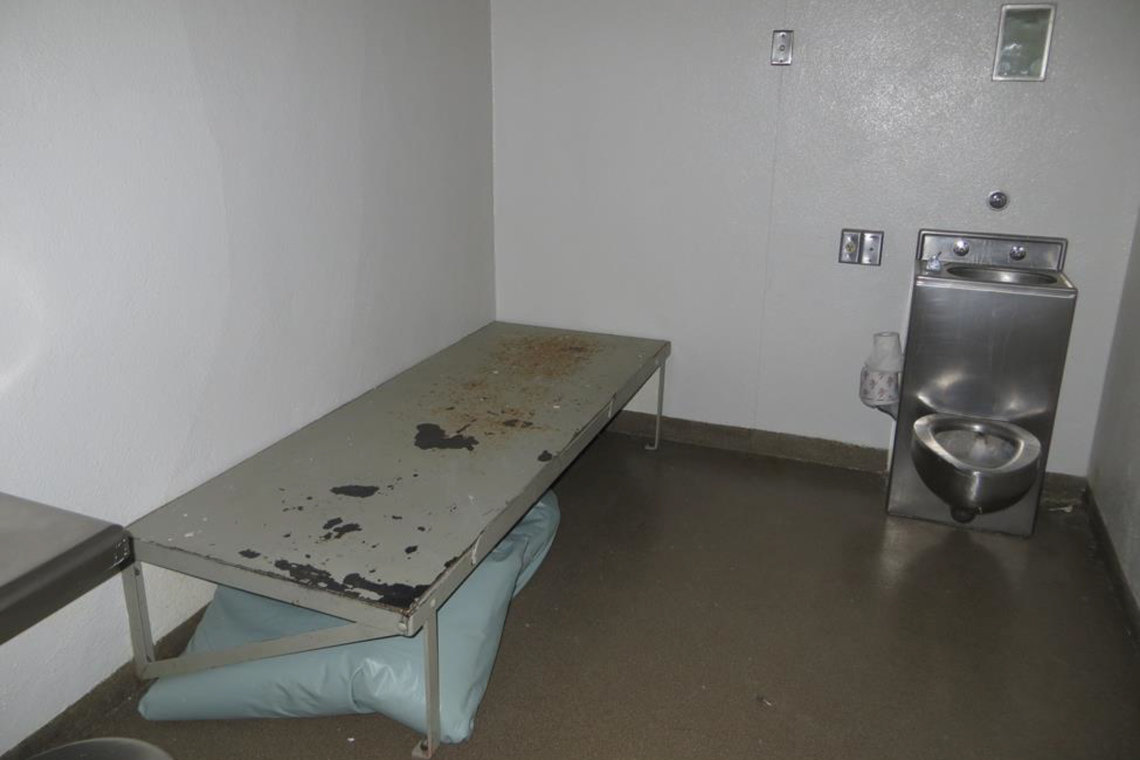 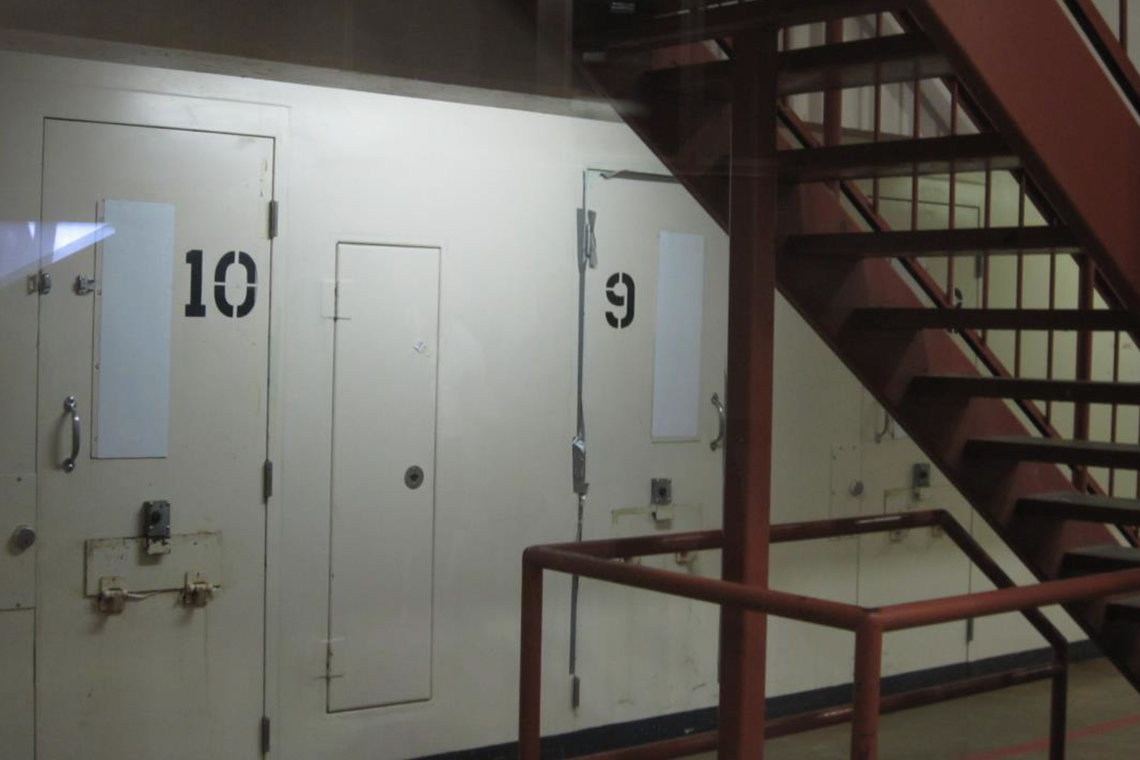 The group, together with the Prison Law Office, which has successfully sued the state prison system over the treatment of inmates, threatened to filed a suit against Sacramento. In January 2016, the county began to negotiate, and hired some experts of its own to evaluate its jails.

Their findings were bleak:

In settlement negotiations, Disability Rights asked that inmates be given more time out of their cells, more services for the nearly 40 percent with mental illnesses and better medical care for those serving longer sentences under the new measures.

After two and a half years, negotiations broke down.

In July 2018, Garland and five other inmates sued Sacramento County, accusing it of housing about 3,800 people in “overcrowded and understaffed jails,” subjecting people to “dangerous, inhumane and degrading conditions.”

The county denied the allegations, according to court records.

Other counties, such as Santa Clara, have reached settlements in similar suits. But Sacramento officials said the plaintiffs’ proposal would cost too much and happen too fast. The plan would require an additional $50 million a year to operate the jails, they said, and $160 million for renovation. To cover these costs, the county said it would have to gut programs for community mental health and homelessness.

“It is unfortunate that once again California County governments are being asked to solve the state’s correctional issues,” said a statement issued last summer by Susan Peters, a county supervisor. She called on the state to “provide the full funding necessary to responsibly shift the state’s prison population to County Jails.”

The sheriff’s department had been making improvements to the jails even before the lawsuit was filed, said county spokeswoman Kim Nava. She said the county added 72 new positions for jail staff in the last year, including 12 health workers, and increased its contract for psychiatric services. In March 2017, the county built a 20-bed mental health unit at the Main Jail.

The lawsuit is before a federal judge in Sacramento. The county and the plaintiffs’ lawyers are in settlement talks.

Garland no longer spends his days in the Sacramento jail. Since December, he has been living in a prison medical facility in San Luis Obispo, where he says his health problems have improved.

How did he get transferred? In 2018, he hit a sheriff’s deputy in the jail. Garland did not contest charges of resisting an officer and assault likely to produce great bodily injury, a felony.

He begged his public defender to make sure that this time, he went to prison.

“They wanted to give me six months in jail,” he recalled recently. “I said I’d take two years if you’d just let me go to prison.”

Sacramento County agreed to a court settlement aimed at fixing long-term medical and mental-health care problems in the jails. As part of the June 20 agreement, county officials announced they would expand the jails' psychiatric services, collect and publish data on the incarcerated population, and overhaul the suicide-assessment system. A panel of experts will be appointed to ensure the county follows the terms of deal.