Treatment for Opioid Addiction, With No Strings Attached

Some doctors are abandoning the long-held belief that treating addiction is impossible without talk therapy. 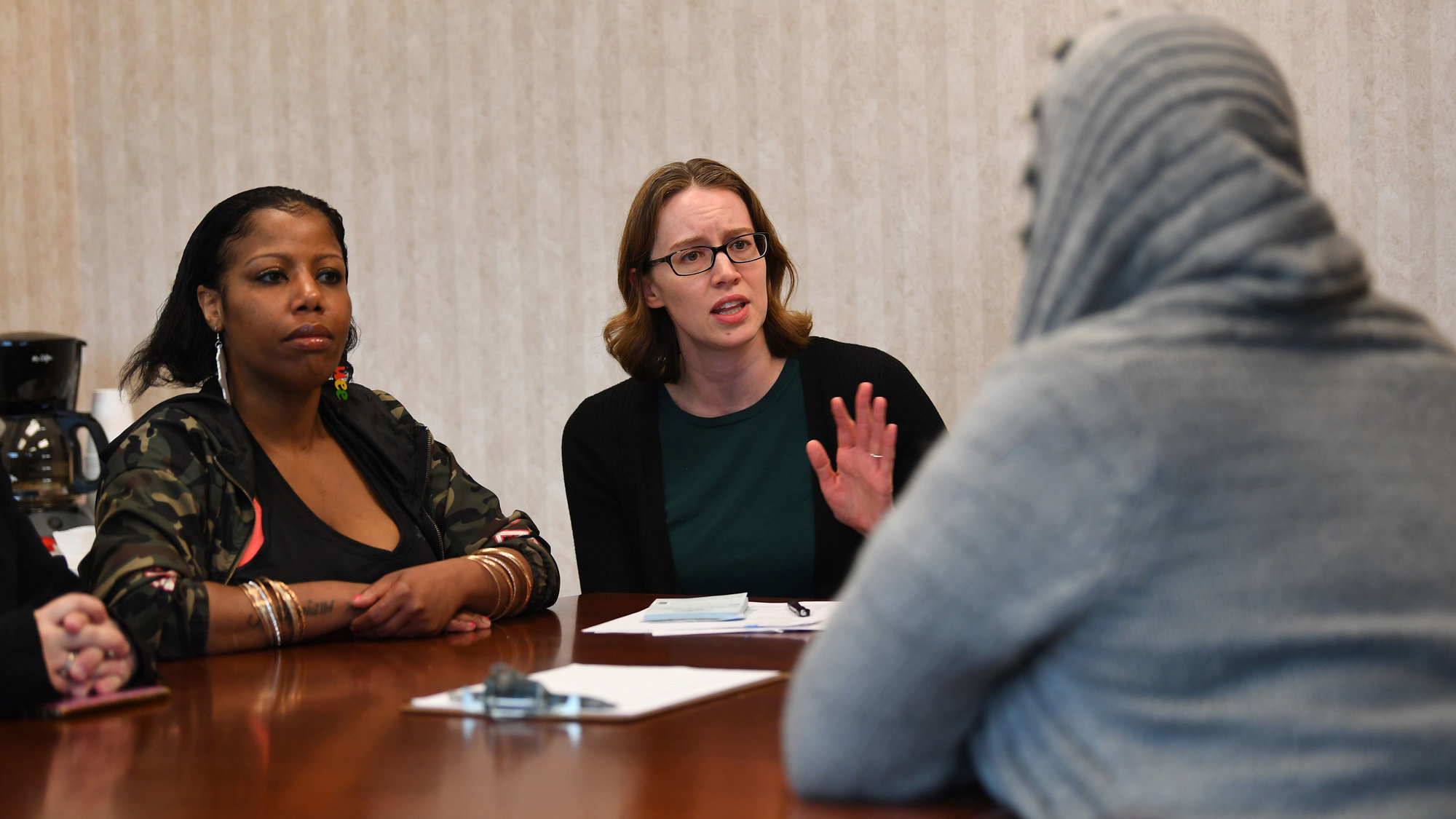 By the time Ron Clark walked into Dr. Erin Zerbo’s Newark, New Jersey, addiction clinic, he had already been kicked out of two other treatment programs.

One prescribed methadone, the other buprenorphine. The meds are intended to quiet the compulsive cravings and stave off the withdrawal symptoms that keep people in the grips of opioid addiction. For Clark, they worked. But there were so many mandatory appointments: nurses, therapists, groups. Clark, 60, worked as a laborer, and when jobs came up, he would miss his appointments and the clinics refused to give him refills, he said. Without his meds, he returned to using heroin.

This story was published in partnership with USA Today.

Traditional treatment programs tie medications to a long list of requirements: support groups, individual counseling, negative drug screens. In clinics like Zerbo’s—advocates call them “low-threshold”—those resources are available but rarely required. The priority is getting people onto buprenorphine as quickly as possible and keeping them on it. 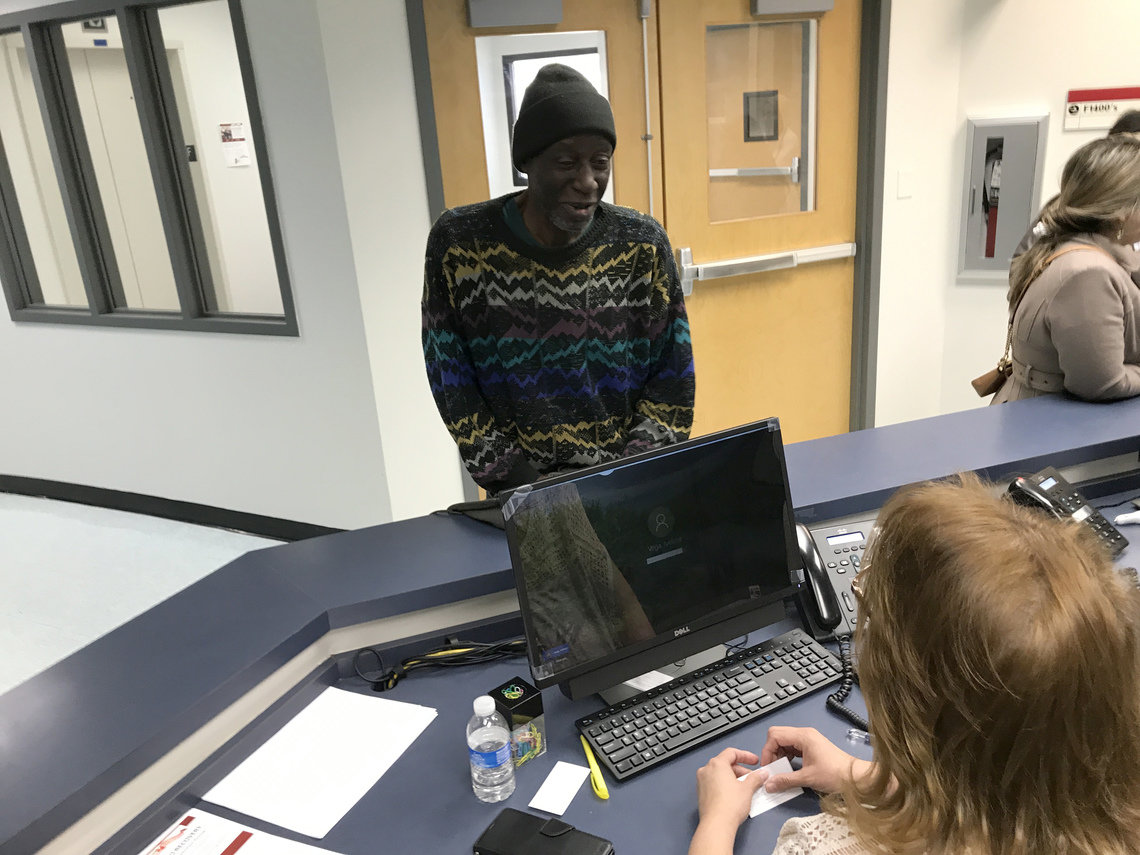 Ron Clark, who visits the Newark CARE Center, says that buprenorphine has helped him slow but not stop his longtime heroin use.

“We realized early on that in order to keep people engaged in therapy you had to remove every barrier,” said Lynda Bascelli, a family physician at Project H.O.P.E. in Camden, New Jersey. “Plenty of people still come in weekly to meet with their counselor, because they have a relationship there and they’re benefiting from it.” But if they don’t, she asked, “Why on earth would I punish them for not wanting to come into counseling?”

More than 40,000 people die from opioid-related overdoses each year. A million people or more need access to addiction treatment they aren’t getting, according to federal data, and public health experts have made access to addiction meds a top priority. Proponents of this new approach argue that more patients would take the meds if they were easier to access. Making life-saving medications contingent on showing up for counseling appointments or meetings, they say, increases risk of overdose.

So far no one has studied how effective this medication-first approach is compared with the more traditional intensive treatment, but some research suggests buprenorphine and methadone work just as well at reducing opioid use without counseling as with it: In a half-dozen studies, when researchers compared patients taking the meds to those receiving counseling and other supports alongside the meds, both groups refrained from opioids at similar rates. A small but growing number of the 65,000 buprenorphine providers nationwide take this new approach.

But many providers fear the medication-only approach “can be a slippery slope if the provider slides into being an ‘enabler,’” said George Kolodner, a D.C.-area addiction psychiatrist.

The idea of medication-assisted treatment began with methadone in the 1970s. Because too much methadone can cause overdose, it is regulated more strictly than almost any other prescription drug. Only federally licensed clinics may dispense it, and patients must go in person to receive their daily dose alongside required counseling.

Buprenorphine, like methadone, eases the craving for opioids, but its chemical properties make it safer than methadone. And treatment with buprenorphine cuts death rates by up to half. So when it was introduced in 2002, buprenorphine challenged a generation of thinking: What if addiction could be treated with a pill? The country has been slow to warm to that idea.

At least 30 state Medicaid programs won’t cover buprenorphine unless the patient is in counseling or plans to attend, according to a 2013 survey. Some insurers require proof of negative drug screens and will not pay for the prescription if the patient has used illicit drugs since beginning treatment.

Last year the Substance Abuse and Mental Health Services Administration released new treatment protocols that encouraged a more flexible approach: It is “not sound medical practice” to withhold addiction medications any more than doctors should withhold insulin from diabetic patients who struggle to change their diet or exercise habits, the protocols said.

The traditional emphasis on counseling and other support services stems from a very real issue: Drug use tends to be one of a long list of problems—mental health issues, infectious diseases, homelessness, a history of trauma.

To offer buprenorphine alone without addressing those other problems is unethical, said Kenneth Stoller, an addiction psychiatrist at Johns Hopkins who requires patients to attend counseling. “Simply providing a low level of care with only medication and then hoping the person will eventually decide to engage further—doing that is selling patients short,” he said.

But those who advocate easy access to buprenorphine choose pragmatism. The most complex patients “are tired of your treatment, and have been through the wringer 20 times, and even if they would benefit, would never go back to those intensive programs,” said Joshua Lee, who founded an opioid treatment clinic at Bellevue Hospital Center in New York City.

This is the prevailing view in Erin Zerbo’s Newark clinic, which hosts groups that patients attend monthly, leaving with a prescription.

On a recent morning, social worker Joshua Taffet looked over a list of the patients coming in that day. Alongside their names were the results of their recent drug screens: cocaine, fentanyl, codeine, morphine. Only four of the 14 patients had buprenorphine alone in their system. Half had taken other drugs but not buprenorphine.

Negative buprenorphine tests are a red flag. If the patient has traded or sold his medication on the street, he has no protection from overdose, and the prescriber could be prosecuted if she knows the person is misusing the prescribed meds.

Zerbo is such a believer in buprenorphine that she says she’s glad for whoever is actually taking the medication. But she wants her patient protected. Rather than taking a punitive approach, she says, she writes a prescription for fewer doses, requiring patients to come back more often to get refills. And she and Taffet work on relationship-building.

At the group, Rasheed Giles, 51, broke down as he said the abandoned building where he’d been sleeping had burned down that weekend, and he’d lost what few possessions he’d had—including his buprenorphine. When he went to the pharmacy, he said, the pharmacist had treated him with contempt, implying that he was lying to get more medication.

“I used to solve everything with my hands,” he said, recounting the impulse to hurt the pharmacist. Instead, he called Taffet, who helped arrange an insurance override so Giles could refill his prescription early.

Giles later said other doctors had withheld buprenorphine when he tested positive for illegal drugs, but Zerbo was different. “She don’t use it as a weapon,” he said. “She gives you a chance.”

Giles had come a long way in managing his anger in the months he’d been coming to clinic. After the fire, he was as low as he’d ever been—and yet he’d still come into group. That was worth a lot, Taffet thought.

Ron Clark was sitting across the table from Giles at group. Buprenorphine has helped him slow but not stop his longtime heroin use. His wife is dead—he suspects of an overdose—and he’s contemplating the rest of his life without drugs and without her. “We’ve been down a long time,” he tells the group. “It’s a long road coming back.”