An Idaho man falsely confessed to a 1996 rape and murder.

On Wednesday, an Idaho judge dismissed all charges against Christopher Tapp, who was wrongfully convicted in the 1996 rape and murder of 18-year-old Angie Dodge. “I’m thankful I’ve been given this second chance at life,” Tapp said during the hearing, according to the East Idaho News. “I’ve wasted 20 years of my life for something I never did.”

It started as a way to trace family history. It evolved into a tool to help solve decades-old cold cases. Now, for apparently the first time, a genealogy database is expected to lead to charges being dropped against an Idaho man convicted in a decades-old rape and murder case.

There is “clear and convincing evidence” that Christopher Tapp, who served 20 years in prison, was wrongfully convicted in the 1996 killing of 18-year-old Angie Dodge, Bonneville County Prosecutor Daniel Clark wrote in a court filing last week.

On Wednesday, at a hearing in an Idaho Falls courtroom, a judge is expected to grant Clark’s motion to dismiss the case against Tapp, officially clearing his name. 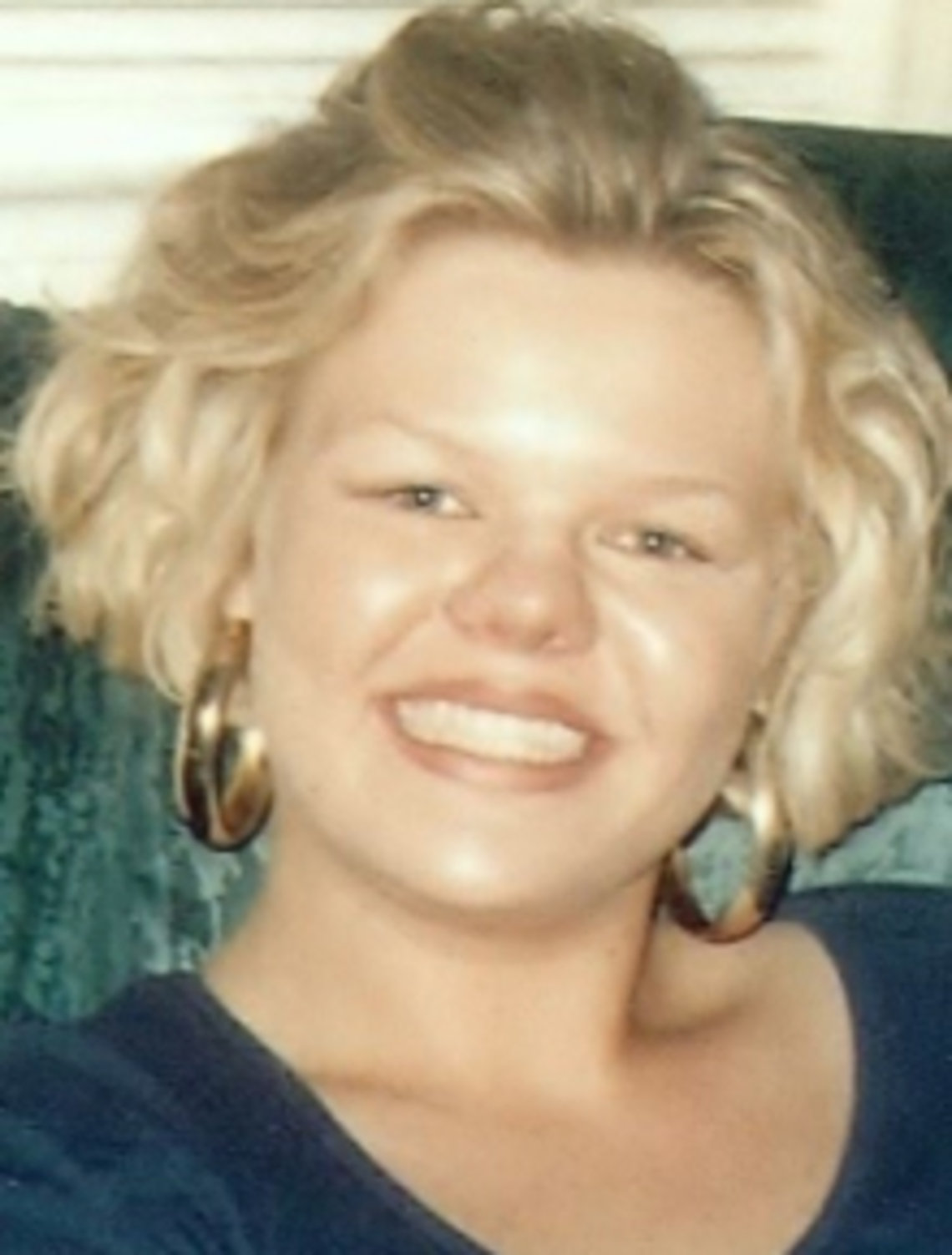 Angie Dodge, 18, was killed in 1996. Her mother insisted that a genetic genealogist analyze DNA evidence in the case.

The hearing is the result of years of effort by legal advocacy groups that investigate potential wrongful convictions, including the Idaho Innocence Project. Tapp’s lawyers and others working on his behalf had long pointed to police tactics that they said had been used to coerce him into a false confession.

But the persistence of Carol Dodge, the victim’s mother, was most instrumental, says almost anyone familiar with the case. She worked for decades to get justice for her only daughter even if it meant freeing the man she once believed was involved in killing her.

It was Dodge who insisted that a genetic genealogist analyze DNA evidence in the case, eventually finding a link to another man, Brian Leigh Dripps Sr. After confessing to the killing, Dripps was charged in the rape and murder in May. In an interview, Idaho Falls Police Chief Bryce Johnson said police believe Dripps acted alone.

Genetic genealogy⁠ allows law enforcement to compare DNA evidence found at crime scenes to personal DNA that individuals have tested through commercial services such as 23andMe or Ancestry.com and then have uploaded to a third-party database, such as GEDmatch. Using these comparisons, investigators attempt to map a suspect’s family tree. The technique gained national attention after it helped law enforcement identify a suspect in the notorious Golden State Killer case. Since then, the practice has also generated controversy surrounding the privacy of genetic data.

Tapp’s case, which his lawyers say is the first of its kind, makes clear that genetic genealogy will “play a pivotal role in the future of identifying people who have been wrongfully convicted,” said Vanessa Potkin, the director of post-conviction litigation at the Innocence Project, a national nonprofit organization that has assisted Tapp.

But the case also highlights the longstanding issue of false confessions. “Genetic genealogy can be a very helpful tool,” she said, “but for over two decades the problems with Chris’s confession have been evident.”

Angie Dodge, the youngest of four children, graduated from Idaho Falls High School with honors the year before her death and was known for her love of the outdoors, according to a tribute by family members.

On June 13, 1996, Dodge was found raped and murdered in her Idaho Falls apartment. Months later, 20-year-old Tapp, a high school dropout, confessed to police that he had been involved.

Tapp’s DNA did not match samples taken at the crime scene, and no other physical evidence linked him to the crime. But at trial, that inconsistency was explained away by a theory that multiple people had participated in the killing. It was also outweighed by Tapp’s confession.

In 1998, Tapp was convicted by a jury of rape and murder and sentenced to 30 years to life.

Since then, legal experts who specialize in wrongful convictions have scrutinized Tapp’s confession and the police tactics used to obtain it.

Over three-and-a-half weeks, Tapp was interrogated nine times for a total of about 25 hours, according to Mike Heavey, the retired judge behind the nonprofit Judges for Justice. Across those many hours, Tapp told six different stories, said Heavey, whose organization works to identify and bring attention to wrongful convictions. The group has been advocating for Tapp’s exoneration since 2012.

Police interrogators threatened Tapp with “the gas chamber” or life in prison; attacked his memory; fed him information; administered various polygraph exams; promised immunity and then threatened to take it away; pushed aside Tapp’s claims of innocence; and offered leniency in exchange for a confession, according to Steven Drizin, a law professor at the Northwestern Pritzker School of Law and an expert on false confessions who had evaluated the videotapes and transcripts of Tapp’s interrogations at the request of Carol Dodge.

“The net effect of all these tactics reduced Chris to a state of hopelessness, broke his will, and led him to start agreeing with the police theory of how Angie Dodge was murdered,” Drizin wrote in a 2014 report analyzing Tapp’s confession. The result, Drizin wrote, is “one of the most contaminated confessions” he had seen in more than 15 years of reviewing them.

In court earlier this month, Clark, the prosecutor, said that “if there was ever a case that speaks to the proposition that when a defendant or a suspect makes a statement, the police ought to make an effort to verify or check the veracity of those statements, this case is certainly that.”

Clark told The Marshall Project that he could not speak about the cases involving Tapp or Dripps because they were both still pending.

Johnson, the police chief, said that since the 90s, the department has changed its interviewing techniques to “protect against” what happened during Tapp’s interrogation.

“We intentionally do our interviews to make sure that there’s information that only the person that was at the crime could give, which probably didn’t occur in those original interviews,” he said.

False confessions have been involved in 300 of the more than 2,470 exonerations detailed in the National Registry of Exonerations⁠ kept by the University of Michigan Law School—about 12 percent⁠. Confessions are powerful, according to Drizin and other researchers, because jurors have a hard time believing someone would admit to something they didn’t do⁠—especially in gruesome crimes like rape and murder.

The Idaho Innocence Project took up Tapp’s case in 2007. At the same time, more than a decade after her daughter’s murder, Carol Dodge was still searching for answers. While Tapp had been convicted, authorities had failed to match the crime scene DNA to any suspect, though they believed the crime had more than one perpetrator.

Dodge was searching for answers not because she believed Tapp was innocent, but because she wanted authorities to find the others responsible for Angie’s death.

”I’ve been pushing for justice for my daughter for 12 years,” Dodge told the Idaho Statesman in 2008. “I really don’t care how it gets done.”

Police investigators continued working on the case, and in 2014, they made what appeared to be a breakthrough. Using DNA and an Ancestry.com database, they identified a New Orleans-based filmmaker as a potential suspect.

It was a false lead: A comparison to the crime scene evidence later excluded him.

But Dodge kept pressing for answers. As she learned more about the science behind DNA, she became more convinced that the wrong person had been convicted of her daughter’s murder. Watching the recordings of Tapp’s interrogation seemed to be the last straw.

“Chris Tapp basically just got railroaded,” Dodge told CBS’s 48 Hours in a 2018 episode. She did not respond to a request for comment from The Marshall Project.

Eventually, new technology made it possible to test and retest DNA from more crime scene evidence—hair, semen, Angie’s clothing, a blanket and teddy bear from the room she was killed in, and skin cells on her hands.

In 2017, in the face of mounting evidence of his innocence, Tapp’s rape charge was vacated and his murder sentence was reduced to time served, allowing him to leave prison. But authorities still hadn’t connected the DNA evidence with an alternate suspect.

Then, in late 2018, police partnered with Parabon NanoLabs, a Virginia company that specializes in DNA analysis, to analyze crime scene evidence using genetic genealogy. But there was a problem: the DNA sample Parabon had access to was so degraded that analysts were worried they couldn’t use it.

According to CeCe Moore, the genetic genealogist from Parabon who worked on the case, the sample only had about 61 percent of the information analysts typically need. But at Dodge’s urging, she tried using it anyway.

Moore compared the DNA sample with genetic data from GEDmatch, a third-party database. Users of the service can upload DNA test results they’ve received from a commercial service such as AncestryDNA or 23andMe to GEDmatch and compare results with other users.

Through GEDmatch, Moore began building a genetic network for the DNA sample.

Eventually, Moore narrowed down her results to a new suspect: Brian Leigh Dripps Sr. He had lived across the street from Angie Dodge in 1996.

Police followed Dripps and collected a cigarette butt he’d thrown out his car window, which they tested for DNA. It matched the DNA from semen and hair left at the crime scene 23 years ago.

Over the course of an interview that lasted about five hours, police said, Dripps admitted to the rape and murder of Angie Dodge. He was charged that night.

Dripps had first been interviewed as a part of a neighborhood canvas in 1996, five days after the murder.

For Tapp, the next step after having the case against him dismissed will involve looking for a job—one that will pay him more than the work he’s been able to get as a convicted felon, said John Thomas, a public defender who has represented Tapp for 10 years.

“He's just excited about being a free man and getting his good name back,” Thomas said.

Moore, the analyst in Virginia, said that using genetic genealogy as a tool to identify suspects in criminal cases—and exonerate innocent people—isn’t going away anytime soon. But it recently hit a hurdle, she said.

When she used GEDmatch in the Dodge case, the site automatically included users’ profiles in searches conducted by law enforcement. In May, in response to privacy concerns, GEDmatch reversed that policy. Now, users must agree to sharing their data.

Moore called the change “devastating,” because it will drastically reduce the number of comparisons (thus far, about 100,000 people have chosen to let law enforcement see their DNA profiles).

As for the false confession that led to Tapp’s conviction more than 20 years ago, Drizin, the Northwestern professor, said it could still happen today.

That’s why he thinks there should be pretrial hearings to evaluate the reliability of confessions, as there are for other evidence such as eyewitness identifications or snitch testimony.

And when DNA evidence undermines a confession, police need to set aside the confession and keep investigating.

“It’s better to provide no answer than the wrong answer,” Drizin said. “Because at least when there’s no answer, there’s a motivation to keep digging.”