Two Friends Were Found Guilty of the Same Murder. Only One Is Free.

His co-defendant was acquitted based on new evidence, but prosecutors are still fighting to keep Andrew Krivak in prison.

Andrew Krivak was a teenager when he found himself at the center of a murder investigation. He and Anthony DiPippo, his friend and relative, had been accused of the rape and murder of a young girl from their hometown of Carmel, New York. Under intense questioning by the police, friends of theirs had implicated them in the crime. There was no DNA evidence, but the witness statements were enough. In 1997, Krivak and DiPippo were convicted separately and sentenced to 25 years to life.

Nearly 20 years later, DiPippo was found not guilty at his third trial and released from prison. Several of the witnesses had come forward and said they were pressured by police to incriminate their friends. New evidence pointed to a convicted rapist who knew the victim.

That information was relevant to Krivak’s case, too. But the two had been tried separately. So while DiPippo went free, Krivak remains in jail. And the state is fighting to keep him there.

“It’s bizarre—one man is out and one man is in on the exact same set of facts,” said Jeffrey Deskovic, who was wrongfully convicted of murder in a neighboring county and now runs a foundation to support fellow exonerees. Deskovic got involved after being contacted by Krivak’s and DiPippo’s families. “They’re supposed to rise or fall together, they’re alleged to have committed the crime together. I’ve never seen this before,” he said.

In May, nearly three years after DiPippo’s release from prison, a judge overturned Krivak’s conviction and granted him a new trial. The Putnam County district attorney is appealing the decision and maintains that Krivak and DiPippo are guilty.

“I’m surprised that I can’t get [the D.A.] to look at the evidence in a different way. I think all of his proof has been undercut by subsequent events,” said Adele Bernhard, director of the Post-Conviction Innocence Clinic at New York Law School, who represented Krivak in winning a new trial. “I don’t know how long it’s going to take. Meanwhile, Andy’s still in jail.”

Krivak’s current attorney, Oscar Michelen, filed a motion last week trying to free his client while he waits for his next hearing. Michelen said the initial decision to deny his client bail didn’t make any sense. “We have a retrial set in his case and this is the time he’s going to choose to run?” He noted that Krivak had declined an offer from the prosecutors’ office to plead guilty to manslaughter and to be released immediately with time served.

The men were convicted in the rape and murder of Josette Wright, 12, who first went missing in 1994; a hunter discovered her remains in the woods 13 months later. Police were initially on the trail of Howard Gombert, a local man who knew Josette and had been accused by several girls of sexual assault. But detectives turned their focus to DiPippo and Krivak, two young men who had been arrested before for lower-level crimes. Cops brought in several of their friends to interrogate. One witness, an ex-girlfriend of DiPippo’s, said she had seen the two rape the young girl in their van and suffocate her. Another two witnesses said they saw the teens with the girl at a gas station the night prosecutors say she was murdered. 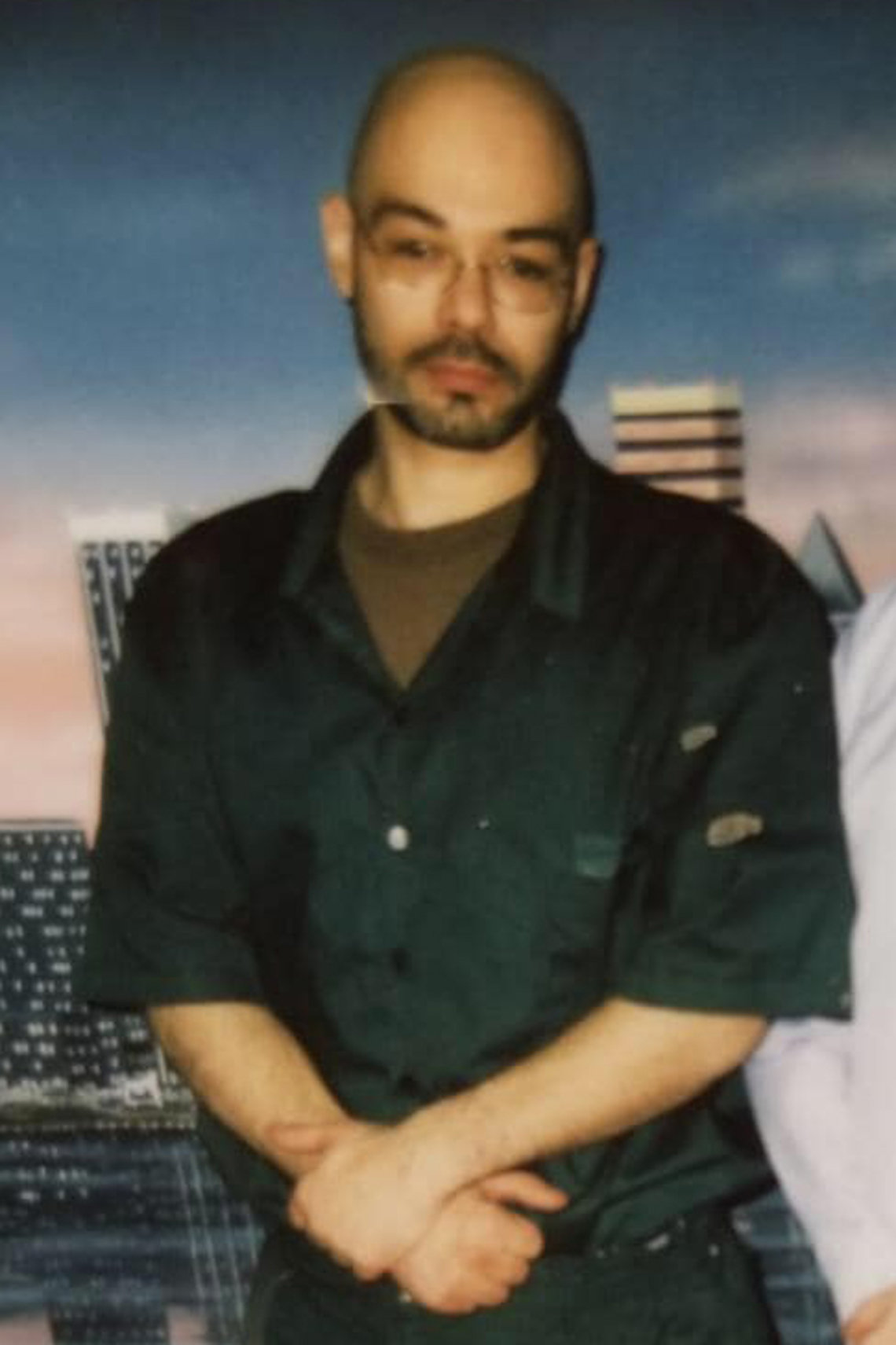 Andrew Krivak at Elmira Correctional Facility in Elmira, N.Y., in 2019.

There’s one key difference between Krivak and DiPippo’s situation: Krivak confessed. After he was accused, he was interrogated by the Putnam County Sheriff’s Department. Krivak was 18 and alone. He asked to take a polygraph test, and an officer told him that he had failed, according to court filings by Krivak’s attorneys. After seven hours of questioning, Krivak signed a confession written by the police, according to the petition. The details were notably similar to the statements made by the cops’ lead witness.

The Putnam County Sheriff’s Department did not respond to questions.

Donna DiPippo, Krivak’s older half-sister who is married to Anthony DiPippo’s father, learned from the local news that night that her little brother had confessed to a horrific crime. When she visited him in jail several weeks later, Krivak told her he’d been intimidated into signing the statements and thought he could “make it right” after they released him. "I remember him crying, ‘How could you believe this?’ And I said, ‘Andy, what am I supposed to do? This is what you said!’” Donna DiPippo said. “He was a young man, and he bought it. He bought what they were telling him.”

Krivak’s initial request for a new trial was turned down by the Putnam County Supreme Court because of that confession—even after DiPippo’s acquittal. To allow for new evidence to be introduced, an attorney has to prove that it would probably change the result of the trial. But a “voluntary” confession is some of the most convincing evidence possible, the court found, making it unlikely that information pointing to Gombert as the killer would have swayed a jury’s decision. “The alleged ‘new evidence’ pales in comparison to the defendant’s confession,” the court wrote in its 2016 decision. Krivak appealed that decision and won.

Courts may still treat confessions as unassailable proof, even though a growing body of research shows why a defendant might falsely admit to a crime. Young people are particularly vulnerable, as are individuals with a mental illness or disability, especially after hours-long interrogations. In a famous example, the Central Park Five falsely confessed to rape before they were exonerated by DNA evidence. Research shows polygraph tests like the one Krivak took are also prone to error and are usually barred from being admitted as evidence.

In 2014, Deskovic successfully sued Putnam County, because the same officer who questioned Krivak had administered a polygraph test to Deskovic and coerced a false confession. The officer made up evidence, the federal jury in his civil case found, and pressured the then-16-year-old into admitting to murder. “The polygraph has the impact of making the suspect feel like it’s futile to maintain your innocence, and the only way out is to tell them what they want to hear,” said Deskovic, who was exonerated by DNA evidence in 2006. “I was not thinking about the long-term. I was just overwhelmed emotionally and psychologically. I latched on to their lie.”

DiPippo won a new trial in 2011 by showing that his defense attorney had previously represented Gombert, a convincing conflict of interest. And his case didn’t have a confession to overcome. Several of the prosecution’s witnesses said they were pressured into making statements. (DiPippo’s ex-girlfriend maintains that she saw the teens rape and kill Josette.) But the defense was not allowed to admit testimony from a fellow inmate of Gombert’s, who said Gombert boasted about raping Josette and said that “they already got those other suckers” so he was “in the clear.” Without that evidence, DiPippo was convicted a second time.

Four years later, the New York Court of Appeals ordered another trial, finding that the inmate’s testimony should have been presented, alongside statements from other women who said Gombert bound and sexually assaulted them. Their descriptions of their assaults were similar to what investigators said happened to Josette. This time, DiPippo won. He was acquitted and released from prison in 2016. In March, a federal judge refused to throw out his civil suit against Putnam County, which charged officials had violated his civil rights.

Josette Wright’s mother, Susan Wright, told local reporters she disagreed with the jury’s decision. “She deserved her life, her freedom, he does not,” she said in an interview. “It’s a really black day … My only consolation always was that he was locked up. And now we don’t have that.”

A few months after DiPippo’s release from prison, he was able to visit Krivak in jail. It was the first time the two had seen each other since their arrest two decades earlier. “We looked forward to the future. But I’m sure he’s angry that I’m free and he’s not, when he knows he deserves the same opportunity,” DiPippo said. “The worst part [of prison] is watching the world go by ... the wheels of justice move too slow.”

Putnam County District Attorney Robert Tendy stressed in an interview that DiPippo was not proven innocent. “Anthony DiPippo was found not guilty, and there is a difference. Just as O.J. [Simpson] was found not guilty of the two murders in California but he has not been exonerated,” said Tendy, who was elected in 2016. “We’re going forward with the prosecution of Mr. Krivak because we believe he is the person responsible for [Josette’s] death.”

Krivak’s next trial is scheduled for September, though the district attorney’s appeal will likely delay it further.

Krivak and his family thought an acquittal for DiPippo would mean Krivak would soon be coming home. “I just remember feeling relieved thinking, ‘now we get Andy. He’s got to come out. They can’t keep this charade going now,’” Donna DiPippo said. “And lo and behold, they did. I still don’t understand it.”