A Unique Military Program Helps Sexual Assault Survivors. But Not All of Them.

The military gives lawyers to victims. But civilians—who make up hundreds of cases a year—are left to fend for themselves. 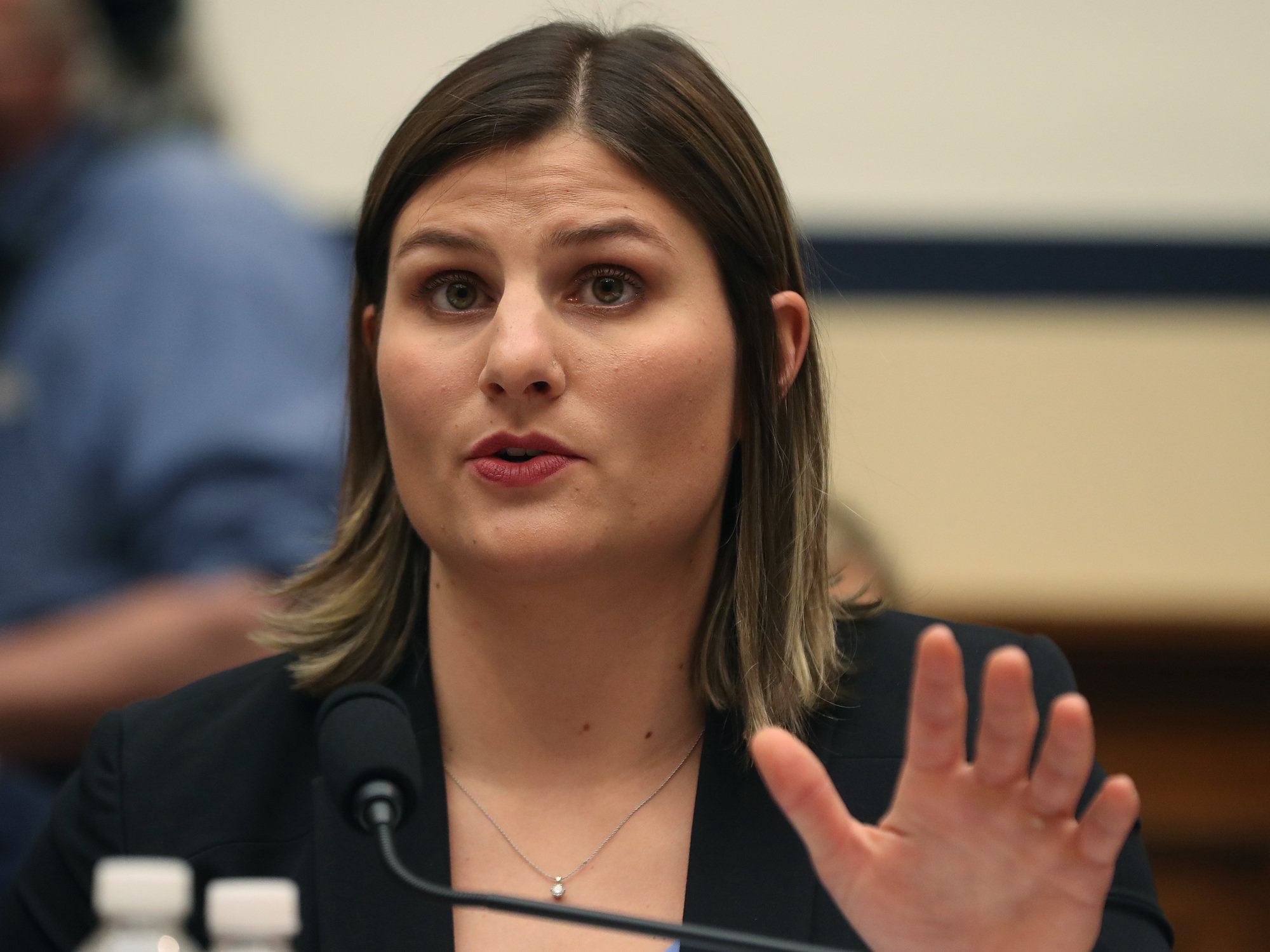 At the end of 2016, Lt. Angela Bapp told her commanding officer that someone in her Army unit raped her. The Army started an investigation into the assault. But since the man she accused was married, her commander also charged her and her alleged assailant with adultery—a crime that is unique to the military.

Her life and trust in the military’s justice system imploded.

“As a victim, you assume the whole world is dark and everyone is out to get you,” Bapp said. “The Army’s treatment just confirmed it all. It was super scary.”

Her aunt—a military lawyer—suggested that she seek out the special victims’ counsel program, a group of lawyers trained to help protect survivors of sexual assault in the military.

Bapp’s counsel kept her up to date on everything that happened in the case. He told her about the evidence collected. He explained the byzantine process of a court martial. And he kept her from answering questions that would implicate her more in the Army’s investigation into her adultery case.

“It’s exactly what I needed,” Bapp said. “I felt powerless and hopeless. But my lawyer, he had power. And he used it to protect me.”

Since 2013, the military has used special victims' counsels to advocate on behalf of survivors of sexual assault. During investigations, the lawyers accompany victims to their interviews with prosecutors. They can push back against detectives gathering evidence that would intrude on a victim’s privacy, such as confiscating a phone in order to get text messages. And they can file legal orders and stand up in court on behalf of their clients.

In civilian courts, crime victims don’t have personal lawyers to guide them through an investigation or trial, unless they can afford one. But even then, it’s rare that those lawyers can object to questioning or file orders for their clients. The military, though, has been giving them to victims of sexual assault and rape for six years. Soon, they’ll be given to victims of domestic violence, as well.

But because the National Defense Authorization Act does not have language that specifically includes civilians, hundreds of victims are excluded from legal representation. Last year, more than 900 civilians reported an assault. Leaders among the military’s sexual assault prevention teams said they do allow exceptions for civilians to get a lawyer, but it’s rare to grant those requests. And even if Congress did amend the act to be more inclusive, critics say the current teams of lawyers are overworked, overburdened and outranked.

“We’re past the stage in recognizing that sexual assault is a problem,” said Staff Sgt. Merci McKinley, a victims rights advocate and survivor of military sexual assault. “There’s such a lack of SVC’s, and yet the need for them is overwhelming.”

Since 2009, Congress has changed the way military lawyers and judges investigate assault cases and conduct trials through the National Defense Authorization Act. The act sets the budget of the military every year, and also makes changes to the Uniform Code of Military Justice—the criminal statutes and rules that govern soldiers.

Congress has made over a dozen changes to the act in regards to sexual assault, such as allowing victims to report rapes outside of their chains of command and barring specific types of violent rape cases from being heard in special or summary courts martial—akin to misdemeanor courts that can result in little to no jail time.

In 2013, Congress amended the act to include special victims’ counsels after Lt. Gen. Richard C. Harding, the Judge Advocate General and top brass for the Air Force’s legal division, started a pilot program. He testified that the lawyers were effective in helping victims understand the court martial process better. A year later, every branch in the military had a special victims’ counsel team.

“Nothing like it existed in the nation,” said retired Gen. Flora Darpino, the former Judge Advocate General in the Army. She described the complications around trying to create the first team of lawyers as, “building the ship as we were sailing it.”

Military leaders say they hand-pick lawyers with a background in sexual assault to be part of the special victims’ counsel team. The assignment is temporary—a few years at most. But even before the military started using them, advocates had been attempting to get states to offer victims’ rights lawyers, just as courts provide lawyers to defendants in criminal cases. Only Alaska gives them to people who experience a violent crime.

“In the criminal justice system, there are three entities: defendant, state and victim,” said Meg Garvin, executive director of the National Crime Victims Law Institute, who advocates for victims’ rights lawyers across the nation. She also helped Harding build out the military pilot program. “All three need to be heard. All three need to have legal counsel.”

Currently, victims rely on prosecutors to be their advocates. But in situations where investigators try to take personal information from a victim—such as medical records or pictures and messages from a phone—that could be evidence for the state, survivors may feel that the same information is much too sensitive to hand over. And they aren’t always made aware that they have a right to say no.

“The basic concept here is that a victim is more than a witness,” said Ryan Guilds, a lawyer who specializes in victims’ rights for military cases. “There is a unique amount of respect and rights that need to be afforded to them. And that right is independent of the prosecutor.”

Military leaders have touted special victims’ counsels for being the first nationwide progressive approach that puts victims first when handling sexual assault cases. But in recent congressional hearings, critics have complained about how young and ill-trained the lawyers are.

Col. Don Christensen, a former chief prosecutor in the Air Force, said the majority of lawyers representing victims are low-ranked and can’t be effective in a hierarchy, where challenging a senior officer risks retaliation.

A list of all special victims’ counsel provided to The Marshall Project by the Navy, Air Force and Army found that a large majority of lawyers in the program are low- to mid-level officers.

But Charlotte Cluverius, deputy chief of staff of the Navy’s Victims’ Legal Counsel Program, argued that the debate over rank demeans the experience of lawyers, who she said come from a background in prosecuting sexual assault cases or were previously in social work. Both the Army and Air Force also said in statements that neither branch have had any issues with rank disparity among the lawyers.

Many continue to advocate for the program’s expansion. Congress allowed the lawyers to represent domestic violence cases in all the branches (currently, only the Navy does). But since the National Defense Authorization Act doesn’t specifically list civilians as beneficiaries of the program, hundreds go without representation.

No Help For Civilians

When Kylisha Boyd heard that the local police in Newport News, Virginia, handed over her rape case against an airman to the Air Force, she did not understand what that meant in terms of what a trial or investigation would look like.

“I went to the military base and asked for help, but nobody could help me,” she said. “I just kept being pushed aside and blown off.”

The Air Force would not comment on the specifics of her case.

Boyd knew about the special victims' counsel program, but was told she wasn’t eligible. And she’s one of approximately 900 civilians a year who experience military sexual assault, but aren’t offered a lawyer.

A senior member of the Air Force who has knowledge of how the military conducts sexual assault investigations said that it would be unusual to provide help to civilians, because there is no order that requires the Armed Forces to do so.

Communications officials with both the Army and Air Force, though, said that civilians can get a lawyer by request under extraordinary circumstances. Since January of this year, the Air Force received 26 requests from civilians to get special victims’ counsels, according to Maj. Nicholas Mercurio with the Office of the Secretary of the Air Force. Only half of those who requested a lawyer received one.

There is currently one bill, the Military Special Victims Protections Act, introduced this year that would expand the same legal services available to military personnel to civilians.

But even the most ardent military justice reformers and victims rights advocates agree that even if the military were to change the restrictions on special victims' counsel for civilians, there just aren’t enough lawyers to handle the number of military sexual assaults.

Currently, the Air Force has an average of 27 cases per special victims' counsel. At some bases, the caseloads reach into the 50’s, according to Rep. Jackie Speier, D-California, who did a tour of bases recently to discuss the problems that special victims’ counsels were having nationwide. As it stands, she said, the teams of lawyers are maxed out.

“Special victims' counsels are universally recognized as an indispensable asset to sexual assault survivors across the military,” Speier said in an email to The Marshall Project, but added that there is underinvestment in the program and “not enough of them are available to represent civilian victims of military sexual assaults.”

Angela Bapp said without her lawyer, it would’ve been impossible to survive her investigation. After the man she accused of rape was acquitted, Bapp suffered from post-traumatic stress disorder and was still under investigation for adultery.

Because she was facing a dishonorable discharge, her lawyer did one last thing that would help her fight back against the military: he wrote a letter demanding his client get a medical evaluation.

The letter helped Bapp receive medical attention and triggered a medical retirement for the trauma she experienced. To this day, she’s grateful for the work her lawyer did for her.

“They seem to be part of the system that isn’t corrupt,” she said. “They don’t seem rotten.”