When People with Intellectual Disabilities Are Punished, Parents Pay the Price

A sex offense conviction can cost hundreds of thousands of dollars. 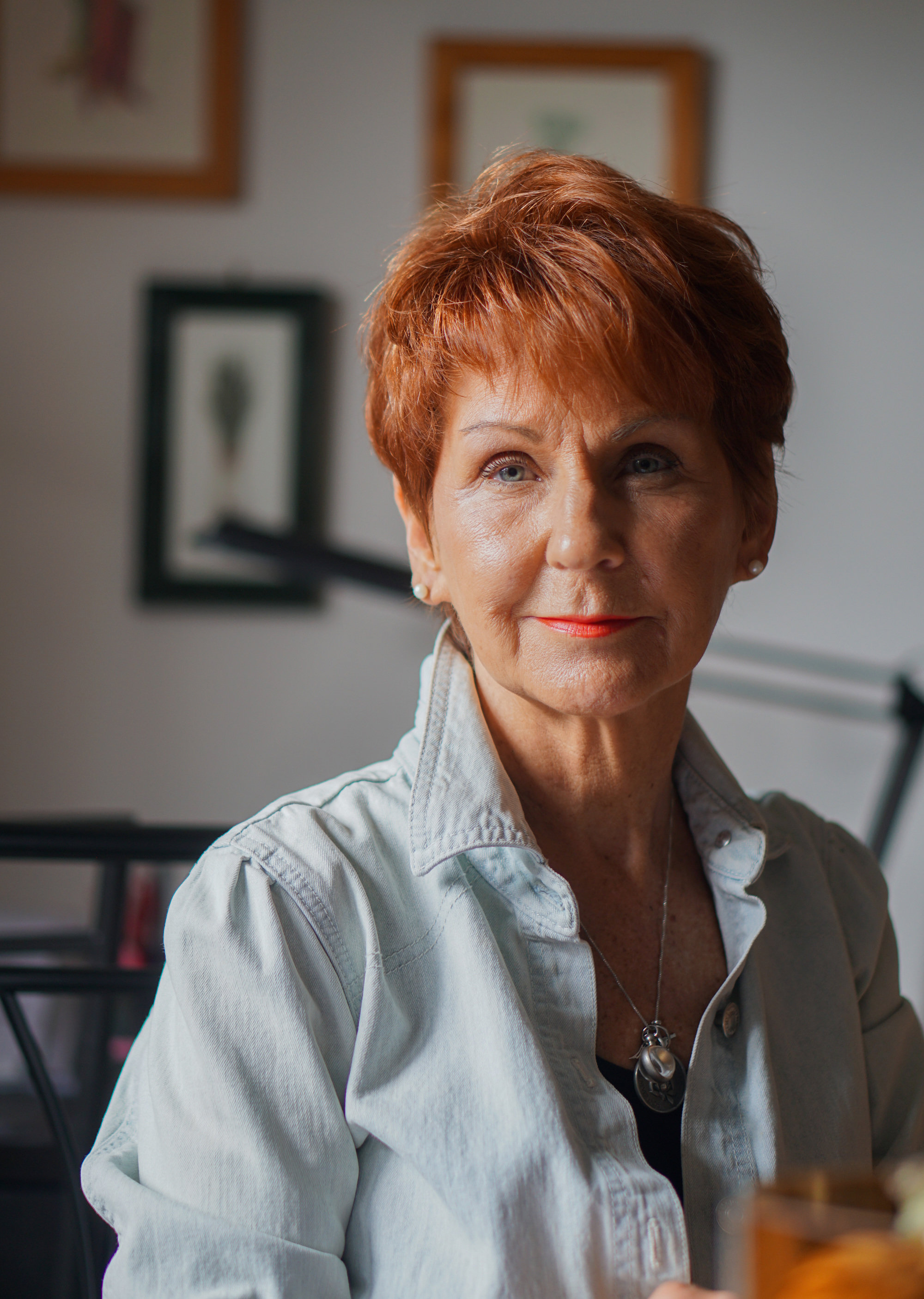 But for two years, from six in the evening to six in the morning the next day, she lived under de facto house arrest with her 32-year-old son, Adam. It wasn’t because she wanted to. The home itself was a kind of punishment, she says.

Adam was sentenced to 10 years on the sex offender registry and two years of probation in Illinois for exposing himself to a neighbor, something Nesteikis says he was coerced to do by a man who was abusing Adam. Since the victim of Adam’s offense lived nearby, Adam was required to move out of his family’s house the same day he pleaded guilty—and for two years was ordered to remain inside his new quarters during the evening.

Adam has an intellectual disability, however, and functions with the mind of a 10-year-old. He would starve on his own, Nesteikis says. She and her husband had to move away with him, and spent $150,000 to find and maintain a home that meets another requirement of Adam’s probation: he must live at least 500 feet away from school property and daycare centers. His curfew, Nesteikis says, became their curfew.

“The dream is gone,” Nesteikis said. “We’re living in our own little prison.”

It’s a fate shared by many parents of people with intellectual disabilities and sexual convictions across the country. Because the children often can’t understand and comply with the rules and restrictions of their sentences, it falls on their guardians to suffer the financial, social and psychological burdens of the crimes.

Representatives from the Illinois State Police, which maintains the Sex Offender Registry, did not respond to a request for comment on the consequences of its restrictions for parents with children who have intellectual disabilities. In its website, the Illinois Department of Corrections says the sex offender registry was created to make information about people convicted of sex offenses easier for the public to access.

The office of Illinois Attorney General Kwame Raoul also declined to comment, but its website states that he is working to increase the supervision of sex offenders, as part of a commitment to community safety. Indeed, many of the restrictions lawmakers added to most sex offenders convictions across the country were aimed at protecting the community.

Parents of children on the registry feel the cost to their families is disproportionate, though. Many have to empty their savings accounts to keep up with the related fees.

Penny, 65, is the mother of a son with intellectual disabilities who is on the sex offender registry after he was convicted of sexual assault. Her son functions as a 10-year-old child, too, she says. She has asked that her last name, her son’s first name, and the state in which they live not be mentioned, as she fears that people will attack her son due to the nature of his crime. Studies conducted in various states over the years indicate that people on the sex offender registry commonly become victims of harassment, physical assault and property damage.

Penny estimates she has paid almost $137,000 to keep her son in compliance with the sex offender requirements. Like Nesteikis, the brunt of that expense went to the purchase of a new house. But the place gives Penny little comfort.

“If a daycare opens up within 500 feet of us, we have to move because my son can’t live alone,” she said. “It’s very much like I am on the registry.”

Other costs have piled up as well. Paying for her son’s court-ordered sex offender treatment cost $23,000, his required polygraph tests ran her $4,000 and the fee to remain on the sex offender registry is $100 each year.

Nesteikis says after her son Adam was sentenced, they sent him to live somewhere else temporarily while she and her husband identified a new house the family could afford in a location that met the conditions of Adam’s probation. Adam would have never been able to find the condominium, let alone pay for it, Nesteikis says. He has limited reading comprehension, and has no income other than the monthly $800 check from Social Security Disability Insurance that he receives. Before his conviction, he had a part-time job cleaning tables at a local restaurant. He lost it shortly after his arrest, and hasn’t been able to find a new one since.

Bill Bryant, who has a son on Virginia’s sex offender registry, says he has spent more than $51,000. Almost a fifth of that went to taxes he owed for taking money out of his retirement account early, he says. Anne Morel, who lives in Louisiana, lost her job after her son, David, was imprisoned for possession of child pornography. She figures she has missed out on about $50,000 in lost wages since his conviction. Her boss could tell she was distracted by her son’s ordeal at work, she says. She was laid off twice in new positions she was hired for afterwards, for similar reasons. 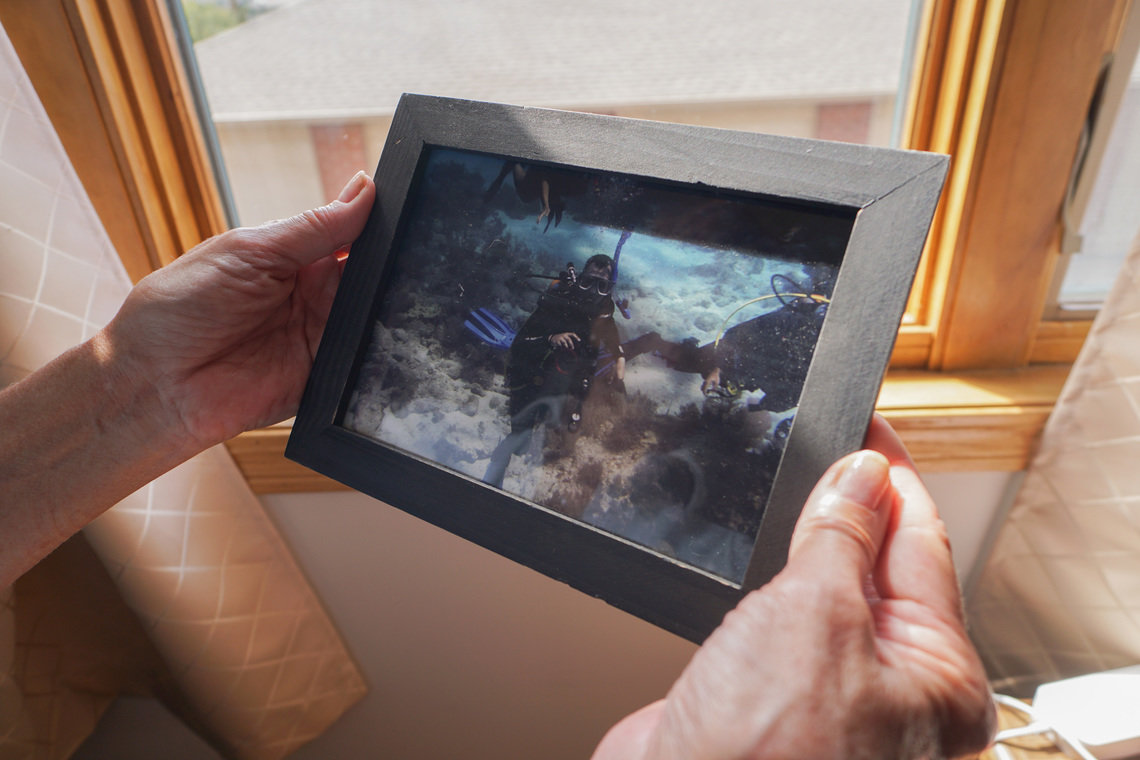 Carol Nesteikis says her son Adam, pictured, learned to scuba dive in the Florida Keys. Since his conviction, she has stopped traveling with him out of Illinois, despite the fact that her elder daughter still lives in Florida.

Chiara Eisner for The Marshall Project

Parents struggle socially, too, because of their children’s restrictions. Neisteikis says vacations with her family are now out of the question, because it’s too much of a hassle to re-register their son in states they would want to visit. When her daughter gave birth to a son in Florida, Nesteikis was the only one who flew down to be with her. Just minutes after the baby boy was born, he suddenly died.

“I got to hold my grandson, and my husband and my son did not,” she said, because they were both still in Illinois. “It broke my heart.”

Penny says she and her husband haven’t attended a family reunion in seven years, since her son was convicted. Her husband’s family usually meets to go camping in public parks, areas that are off limits for their son due to the restrictions of the sex offender registry. That means Penny and her husband can’t participate either, because their son doesn’t have the ability to take care of himself.

Penny, Nesteikis and Morel said they had to start therapy for depression, anxiety, or post traumatic stress syndrome after their children were convicted and they had to handle the details. All are now on medication to control their mental health.

Nesteikis says her husband has collapsed twice from the stress of managing the consequences of their son’s sentence. Once, at the veterinarian's office, she remembered, “he just went over.” She had been in Florida visiting her daughter, and he was in Illinois with their son.

He had to go to the hospital for treatment. “It just took too much out of him,” she said.