My GPS-Tracked Life on Parole

“Even in prison, I didn’t feel so overwhelmed with worry about doing something wrong when I’m doing everything right.” 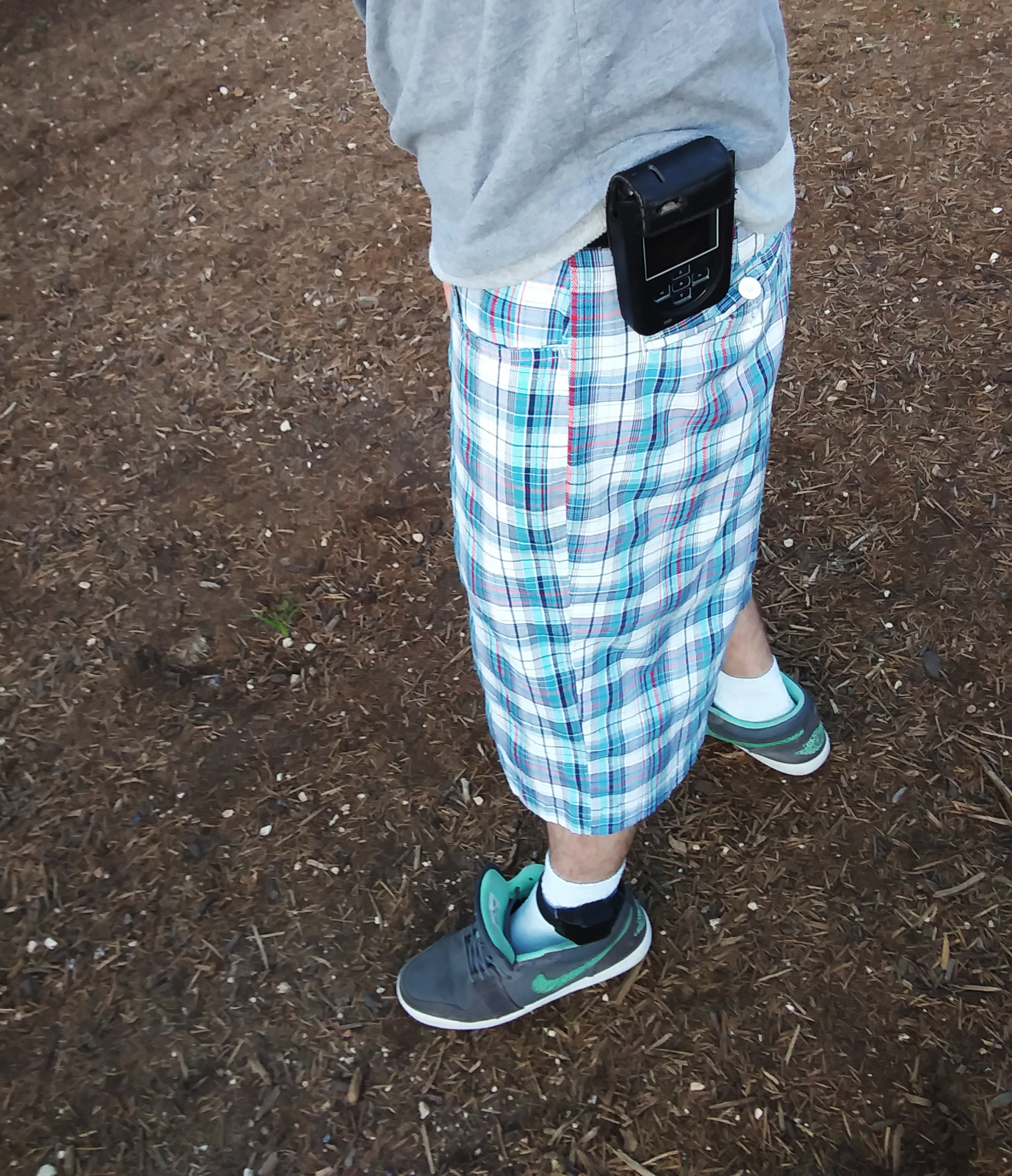 Editor’s note: Thousands of people in the United States, including many people on probation or parole, have their movement and activities monitored by the government through electronic tracking devices. We asked one of them—James Baimbridge, a Houston-area man who wears an ankle bracelet—to take photos of his life under surveillance and share his experience.

I was released from the Ferguson Unit, a prison in Madison County, Texas, in April, but in many ways I am still confined.

As part of my parole, I wear a GPS monitor on my ankle that tracks my whereabouts. When I’m not home—right now, that’s transitional housing in the Houston area run by a religious program—I’m only allowed to go to work, church, Alcoholics Anonymous, and once a week, the store. If I deviate from my itinerary, which I give to my parole officer a week ahead of time, I could get arrested.

This story was produced in partnership with The Washington Post Magazine.

I’m on some of the most intense monitoring in Texas, the kind that’s used for violent offenders. I was convicted in 2014 of aggravated assault with a deadly weapon and felony possession of a firearm.

I struggle to navigate my daily life being constrained like this. It makes it hard to do simple things like keeping a job, getting a car or even coming up with enough money to cover parole fees, food and other bills.

And the monitor malfunctions sometimes. I've had it go off in the middle of the night, and my parole officer called asking me where I was. I said, “I’m in bed.” They’re constantly trying to prove that you’re up to no good.

If nothing else, I’ve learned discipline from this experience. Even in prison, I didn’t feel so overwhelmed with worry about doing something wrong when I’m doing everything right.

When the monitor comes off next March, I want to get a license to be a chemical dependency counselor.

I’m not scared to tell people about my situation because I know who I am now. I’m not the same person since I gave my life to the Lord in prison. But for people who aren’t used to someone who has been incarcerated, it worries them. They think, you must have done something real bad to have to wear that. 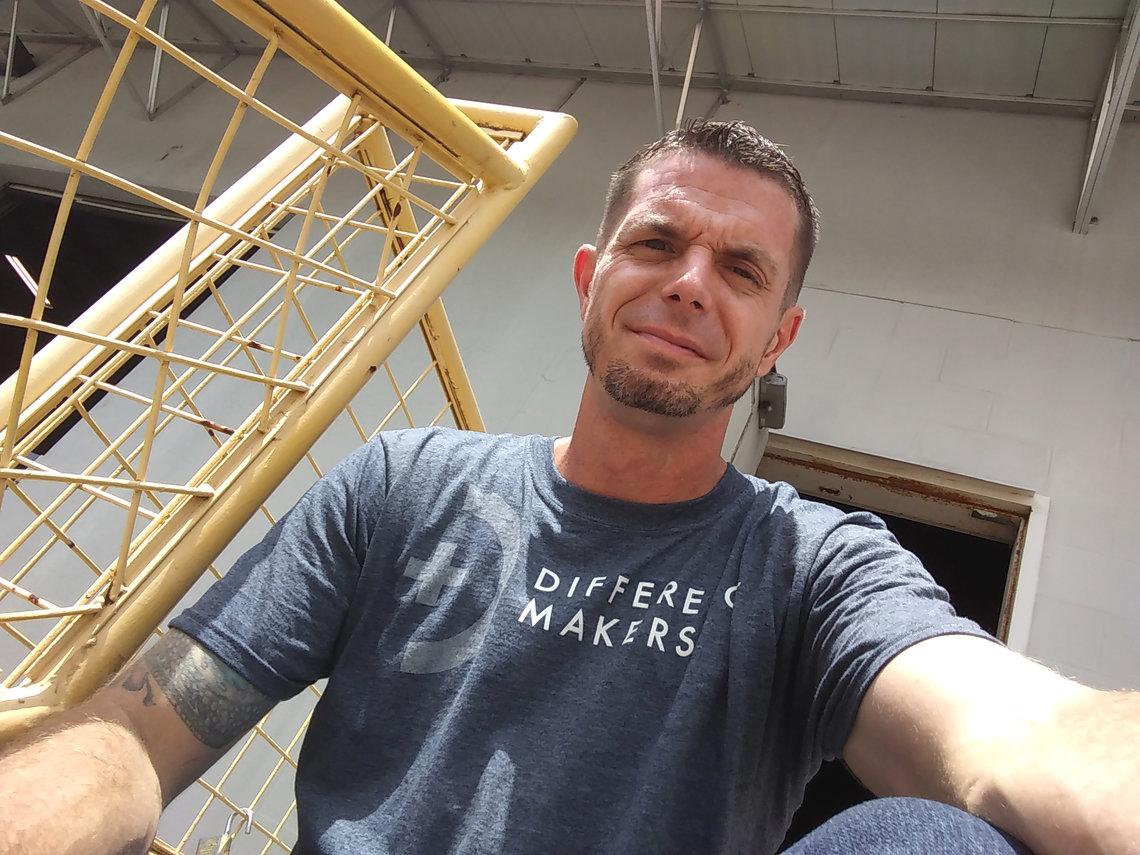 During the week, I work as a loader at a window manufacturing company in Houston. They are a “second chance” employer, so they hire a lot of people with criminal histories.

It was really hard to get a job when I got out of prison. Getting credentials, like my birth certificate, Social Security card, and ID was difficult because you can’t just move back and forth to different addresses—like the courts and government offices. You can’t just call your parole officer to have something added to your schedule. You have to wait a week and then go back and sit in front of the parole officer to make a schedule. When employers ask for an interview, you have to ask the employer to hold off so you can schedule it. It’s frustrating. 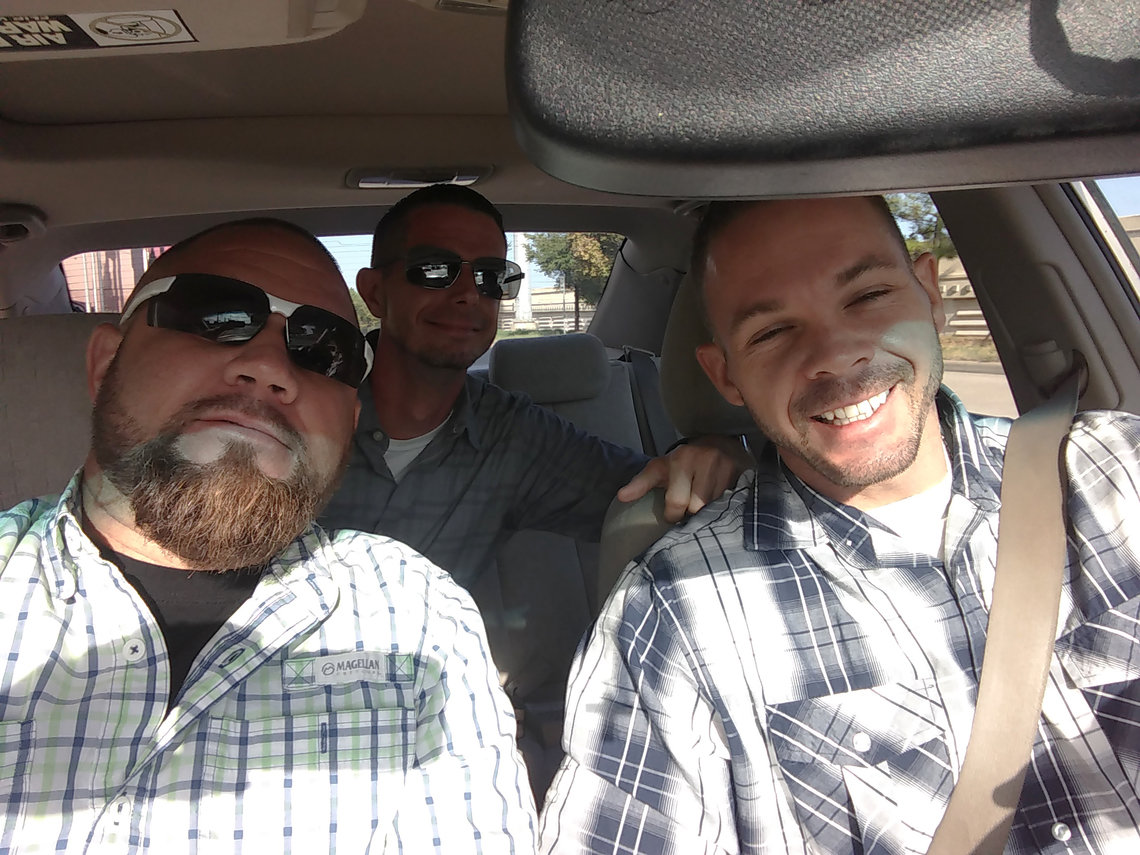 Driving to Houston's First Baptist Church with friends Justin, left, and Brian, right. We all live in the same house and work at the same construction company. We’ve made a routine of driving together to church every week. Every Sunday, one of the guys in our house volunteers to cook breakfast. We all get up to pray and eat together before we leave. 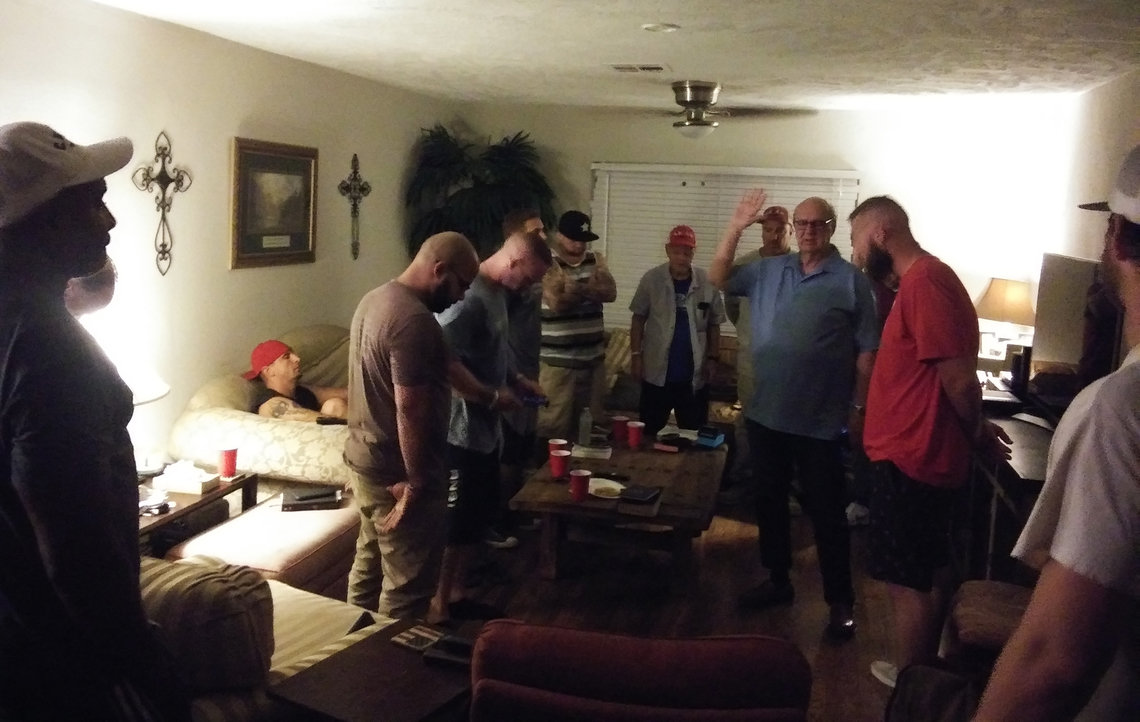 I participate in the weekly Bible studies at the transitional housing where I live. We pray together and sing. We always listen to some Bible verses. Sometimes we watch videos or talk about a certain topic. And we always have something to eat prior to the Bible studies.

My religion is the one thing in my life that has held me together. My favorite Bible verse is Philippians 4:13 — “I can do all things through Christ who strengthens me.” In the past, I’ve tried a lot of things to change and better myself, but it has only been since I’ve given my life to Christ that I’ve actually been able to change. It’s everything for me. 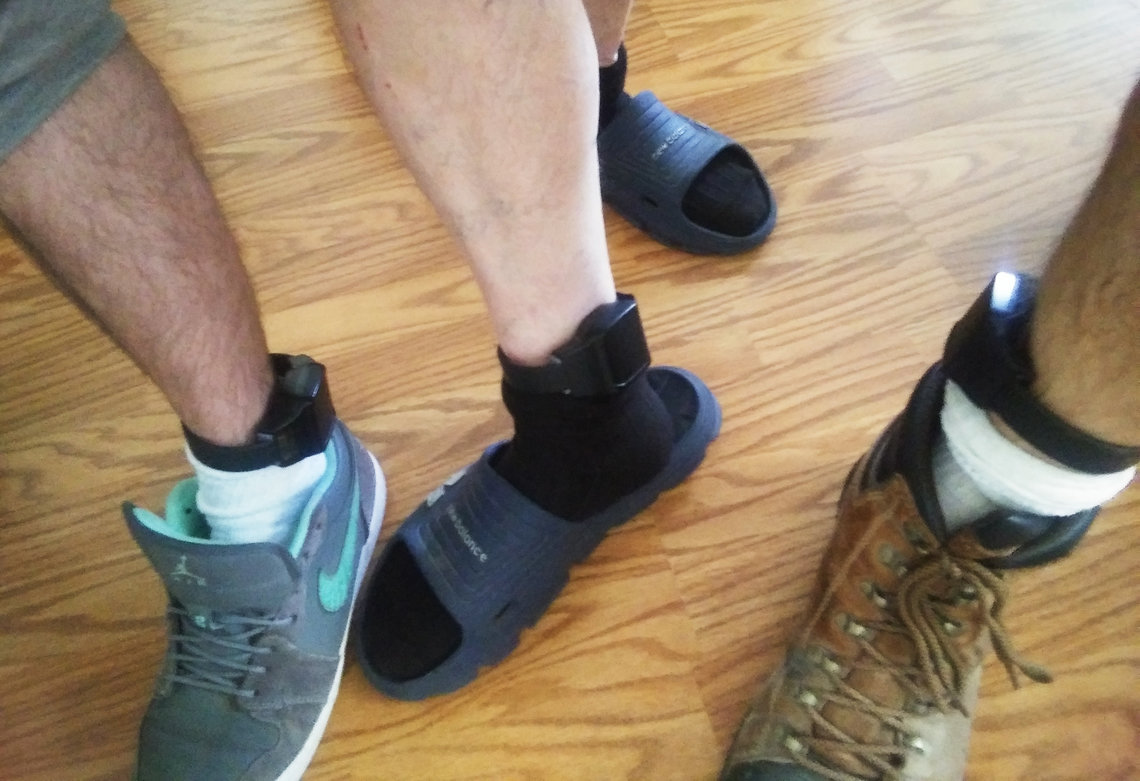 I live at a C.H.A.R.M. Prison Ministry transitional living home, which takes guys mostly from prison who are looking to change their lives through the Bible. A few of the other men who live in our house also have ankle monitors. I am grateful to the people here. When I was released from prison, I didn’t know where to go. I stayed with my cousin, who runs a women’s transitional home called Jesus R.O.C.S., for a month. And then I came here.

Living here is kind of like living in a regular house with roommates, but we are all focusing on bettering our lives in a Christian sense. We're all moving in the same direction. It’s definitely a benefit to be able to have like-minded brothers in the same atmosphere. 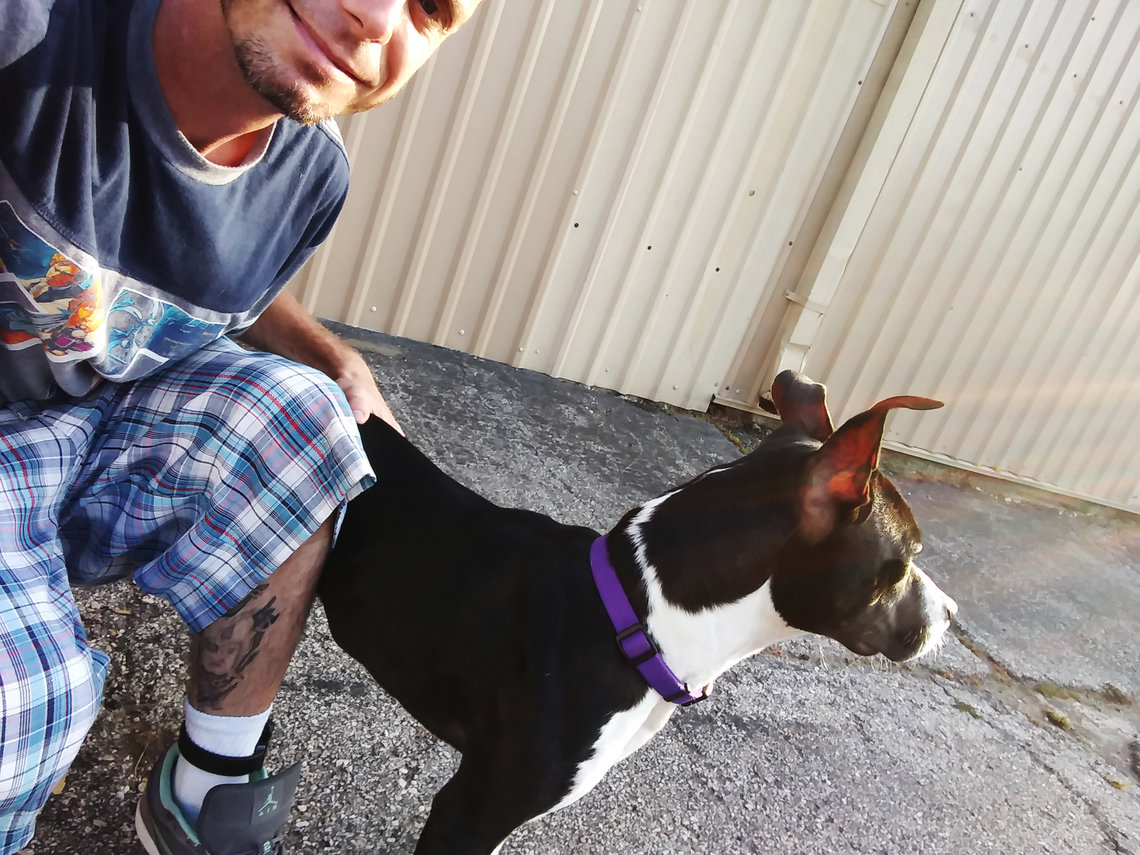 On the weekends, I work at a dog resort where I walk dogs and clean their kennels. One of my favorites is a Rottweiler named General Patton. He’s a regular there so I’ve gotten to know him. I’ve always had a dog myself, so the job is actually more enjoyable for me.

Dogs show a sense of pure love that sometimes you can’t get from human beings. 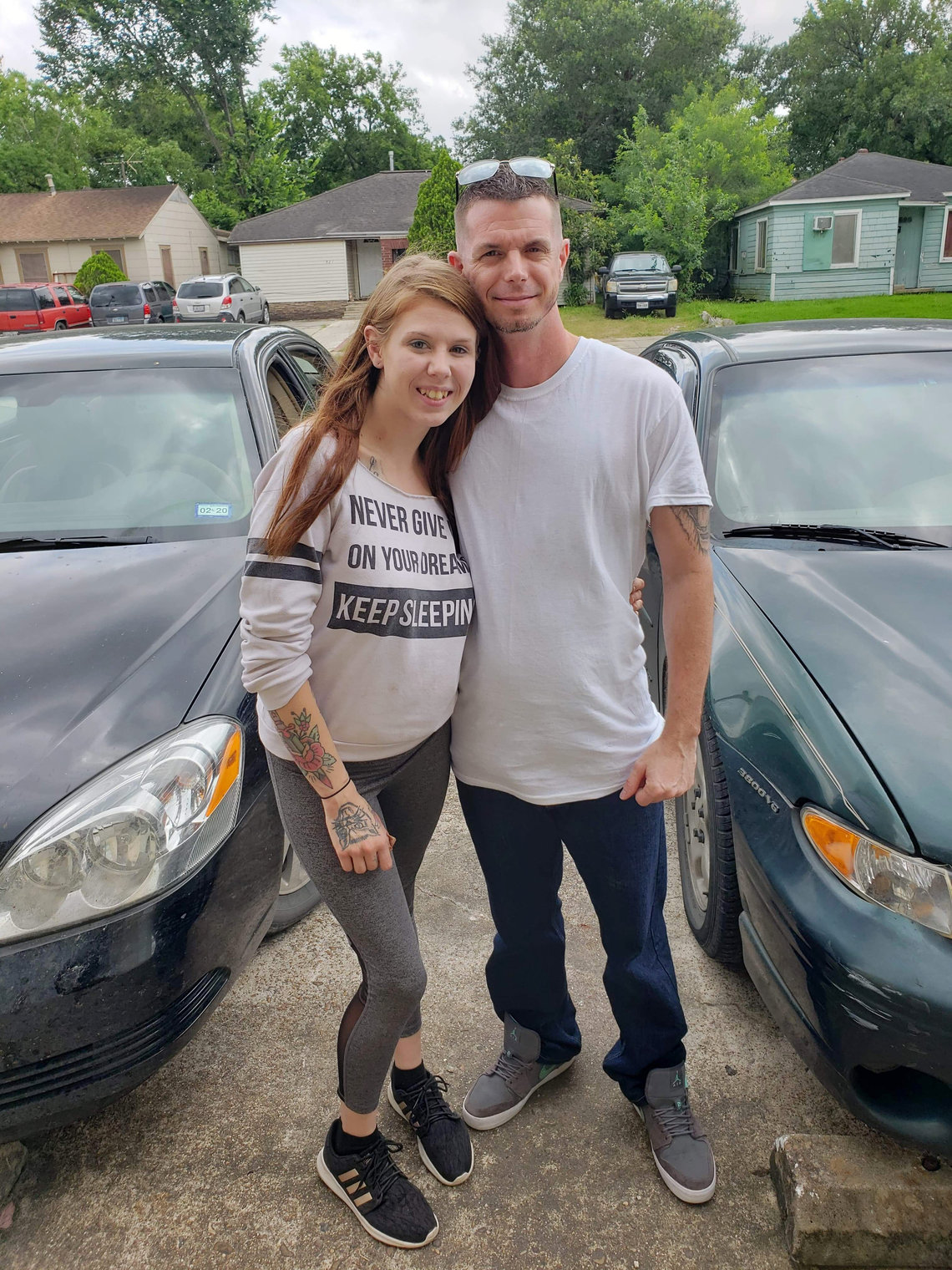 As soon as I got out of prison, my little sister Jessi came from New Mexico to visit me. We weren’t able to do much when she visited because of the monitoring system, but we hung out at my cousin’s transitional home, we ate and we fellowshipped. I got to share a lot about what’s happened in my life since being incarcerated and show her the difference in me. We’re not as close as I would like to be, but we’re trying to build back the relationship that wasn’t there.

Family reunification is one of the things I prayed on in prison, and it brought me together with my father’s side of the family, who I never knew before. They’ve been backing me spiritually, mentally and physically ever since.