The Long Journey to Visit a Family Member in Prison 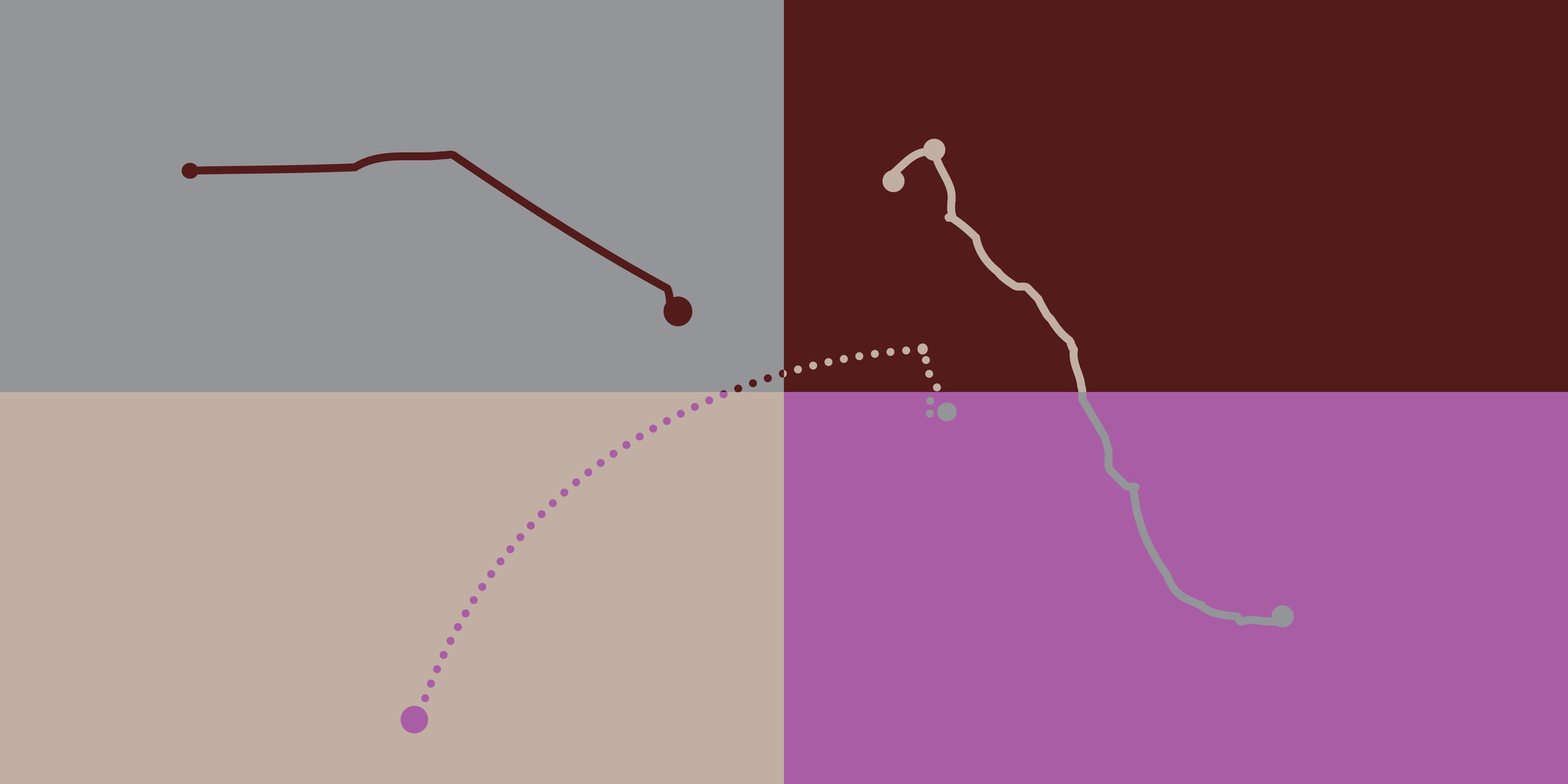 The first time Jodi Calkins visited her son at the federal prison in Seagoville, Texas, the journey took her about 10 hours. From her home in Elkins, West Virginia, she drove three hours to the Pittsburgh International Airport, took a three-hour plane ride to the Dallas Love Field airport, then drove another hour in a rental car to a hotel near Dallas.

After driving an additional hour to the prison, FCI Seagoville, the next day, Calkins was turned away. Her son, Michael James, waited anxiously for hours.

The Marshall Project is partnering with The New York Times Race/Related newsletter to present a weeklong series on families of the incarcerated. This is the second of five parts. Read the previous part about the hidden cost of incarceration.

When the mother and son talked on the phone later that night, Jodi explained that she had been blocked from entering the prison because she was wearing a dress with thin, zigzagging black and khaki stripes. Khaki was one of the prohibited colors for visitors at FCI Seagoville.

“Most of these prisons are out in the middle of nowhere, so you can't run out and get a new outfit,” she said. “You learn really quick to fill your trunk with clothing.” 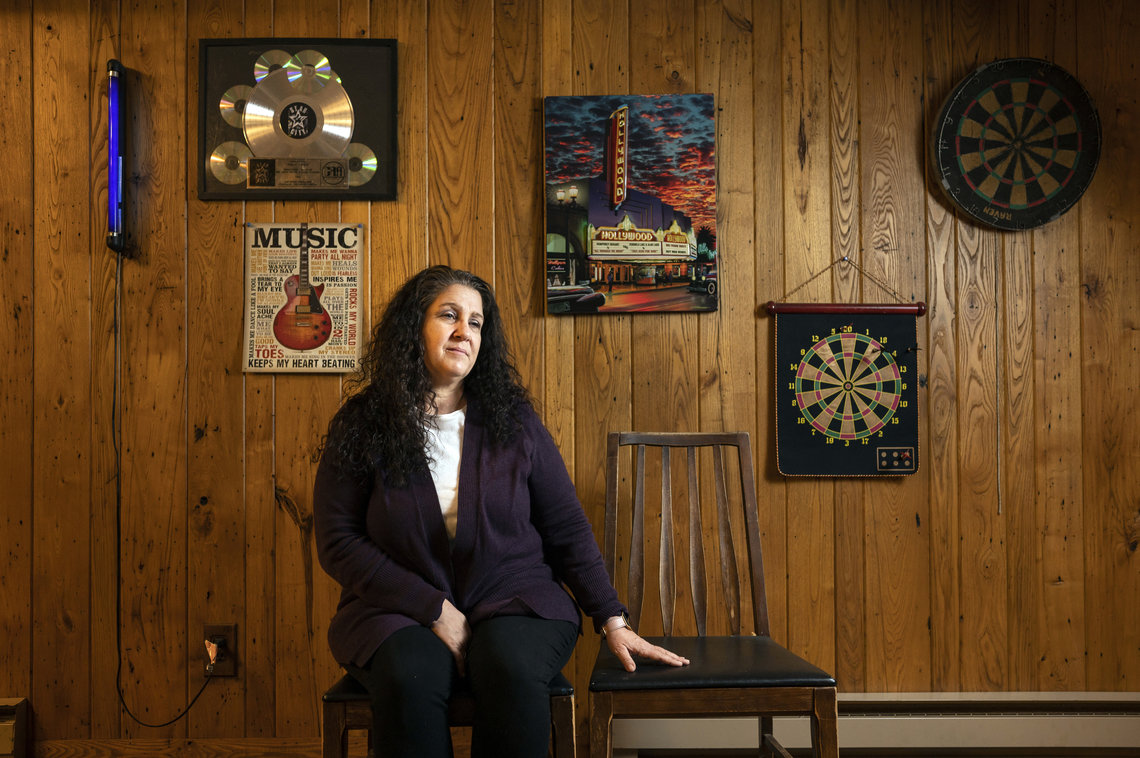 Jodi Calkins at her home in Elkins, West Virginia, in December. The decorations on the wall include framed artwork of the former record label of her son, who is at FCI Seagoville in Texas.

Rebecca Kiger for The Marshall Project and The New York Times

The majority of prisons across the country are located far from the city centers many prisoners—and their families—call home. More than 63 percent of people in state prisons are locked up over 100 miles from their families, a 2015 report from the Prison Policy Initiative found. Black and Latino people make up a disproportionate share of the prison population, but many prison towns are majority white.

Nearly 200 people responded to a Marshall Project callout sharing the routes they travel to visit incarcerated family members. In interviews, many of them said they didn’t have the time, money, childcare or car to make the journey to these facilities as often as they would like. Others said they could not afford to visit at all.

Studies have shown that in-person visits can help families on the outside and their incarcerated loved ones. More frequent visits during incarceration can also reduce the risk that prisoners will re-offend once they are released. But many respondents told us that visitation is an often stressful and sometimes humiliating process for families.

“I would have to psych myself up to go to visitation because it was so emotionally and physically draining,” said Calkins, who visited her son and her son’s father in separate prisons for decades.

Prison construction exploded during the 1980s and 1990s, bringing with it a promise of economic revitalization. All of the 40 new state prisons built in New York state between 1982 and 2010, for example, were located in rural areas, according to the Vera Institute of Justice.

"The rural prison boom in the United States really coincided with the farm crisis and the loss of manufacturing in rural America," said Tracy Huling, founder of the Prison Public Memory Project, which studies the history of rural prison towns. "Siting prisons was an apparent quick fix. The land was cheaper, and people either wanted them because they were so desperate for anything to keep their communities from collapsing, or it was easier to overcome opposition in a small place, with fewer people and fewer connections to power."

Most prison towns still haven’t been lifted out of poverty, Huling said.

California State Prison Solano opened in 1984 in the rural town of Vacaville, halfway between San Francisco and Sacramento. It was the first new prison constructed in California in two decades.

Every two months, Romanethia Porter visits her husband at the Solano state prison, nearly 500 miles from her home in Riverside, California. If she leaves around 9 a.m., the Amtrak from San Bernardino usually gets her to Sacramento by 8 p.m.

Porter spends the night with her daughter, then takes an Uber to the prison the next morning. A round trip Amtrak ticket costs her about $106, and the Uber is $30 each way. If she took public transportation from Sacramento to the prison, it would take her more than twice as long.

The expensive and time-consuming visits are made all the more stressful by the visitation process, which can be unpredictable. "There's a problem if you hold your loved one’s hand,” she said. “If it gets too crowded, they want to cancel the visit."

Because Porter travels more than 250 miles to visit her husband, California Department of Corrections and Rehabilitation policy entitles her to a full six-hour visit. But she said her time with her husband is sometimes cut short nonetheless.

Porter said she sometimes feels out of place in Vacaville, a majority white former agricultural hub now home to a high-end strip mall. She and other African American and Latino visitors sometimes feel disrespected by the corrections staff and by the town's white residents, she said. "It does bother some of the ladies I talk to, the treatment we receive. We’re not inmates."

Most prisons are not accessible by public transportation, making visits especially difficult for those who cannot drive. It’s common for families to share rides with each other or to organize carpools in Facebook groups and online forums.

Before 1988, there was no way to get to Plainfield Correctional Facility in Indiana if you didn't have a car. Cecelia Whitfield started visiting that same year.

Whitfield would drive from Indianapolis to visit a family friend who was incarcerated there. Soon, she started giving rides to other families who lived in the city. “When the families started asking if they could ride with us, I asked them, ‘Doesn’t the state offer transportation?’” she remembered. They said no.

Whitfield would also give rides to families when she visited her son, James Lamont Whitfield, in state prison. By 1990, she said she had put 100,000 miles on her minivan, which held five or six people. That year, she borrowed money from her mortgage and bought a bus to hold more passengers.

Thirty years later, James has been released, but the carpool is still running. Now, it’s expanded into a statewide rideshare service called Use What You’ve Got Prison Ministry that partners with the Department of Correction to offer low-cost rides to economically disadvantaged state residents visiting their loved ones. Whitfield said the demand has slowed down in recent years as state prisons have introduced video calls, but she still sees the value of in-person contact. "The healing touch is much more personal," she said.

Several states, including New Jersey and Florida, have laws requiring corrections departments to "make every effort" to consider the distance from families "whenever possible." And under a provision of the First Step Act, federal prisoners must now be moved within 500 miles of their families.

In most states, however, where prisoners are assigned comes down to other factors, such as security levels, sentence length and the availability of programming, such as drug treatment.

Even in states that consider proximity, transfers are common and travel times can quickly grow from minutes to hours. That's what happened to Denise Rock when her husband was transferred to the Desoto Correctional Institution in Arcadia, Florida, two and a half hours from her home. Before the transfer, he was just 45 minutes away.

Rock continues to visit every weekend, sometimes staying the night in a nearby campground, and said she plans to continue to do so indefinitely. His sentence, for second-degree murder, is 100 years.

"I have seen the positive effects of my presence there,” she said. “Being able to visit keeps him grounded in the real world."

Rock drives at night so she can get to the prison as early as possible. People start lining up along the side of the road leading up to the prison at midnight, she said, because of how long the check-in process takes. By the time the doors to the prison open at 8 a.m., the line of cars can sometimes stretch for a half-mile.

On the weekend of Thanksgiving, Rock arrived at the prison gates at 3:30 a.m. She was the eighth person in line for visitation.

Between 9:10 a.m. when her husband arrived, and 3 p.m., when visitation closed, they played games, walked around together and used the visitation room’s limited food offerings to cook a holiday meal. Rock made her husband "stuffing" from biscuit bread in the microwave. For dessert, they had a tiramisu prepared with cream cheese, creamer, sandwich cookies, hot cocoa and instant coffee.

They shared food with other visitors and their incarcerated family members, some of whom they’ve gotten to know over the years. Despite Desoto holding nearly 1,500 inmates, Rock said she sees the same 50 or 60 families every week.

"I know people who travel many more hours than I do," she said. "I'm one of the lucky ones.”