His lawyer said he remained in custody in an ICE detention facility.

Colin Absolam, who was facing imminent deportation to Jamaica after being released on parole from prison, was pardoned on Wednesday by Gov. Andrew Cuomo.

He was pardoned after lawyers petitioned the governor's office, noting that he had already served 25 years for murder, earned parole, and would be sent to a country he left as a child and separated from family members living in New York.

Read Colin Absolam's original essay about the prospect of being deported after 25 years in prison.

Absolam, also known as Tyrone Abraham, described his plight in an essay published in December by The Marshall Project. Earlier this week, an op-ed article in The New York Times called on the governor to pardon him. Cuomo, a Democrat, has pardoned a number of noncitizens who were facing deportation for criminal convictions. 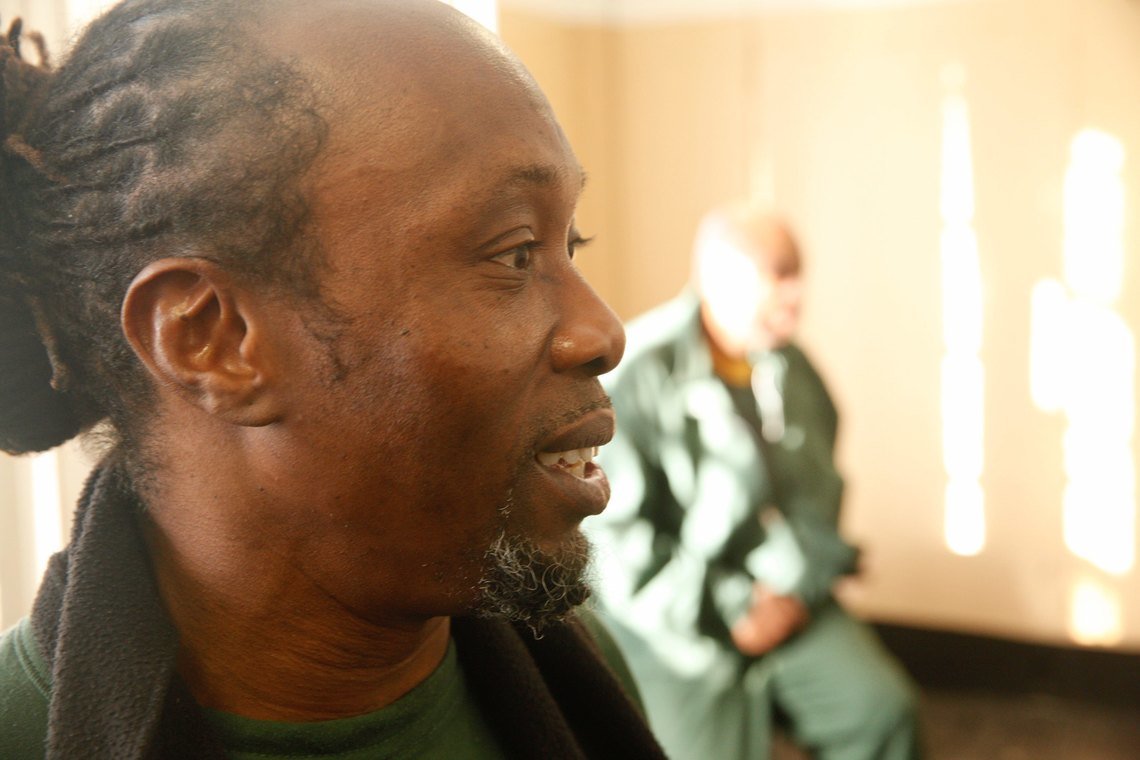 Colin Absolam, who was facing deportation after being released on parole from prison, was pardoned on Wednesday by Gov. Andrew Cuomo.

‎"Our justice system is based on the concepts of redemption and rehabilitation,“ said Richard Azzopardi, senior advisor to the governor. “Mr. Abraham served his time and was eligible to reenter society. A federal government carrying out a politicized deportation policy is not acting in the interest of justice."

In his Marshall Project essay, Absolam said he moved to the Bronx from Jamaica when he was 11 years old. He described how he dropped out of high school and started selling drugs to help support his pregnant girlfriend. In 1992, when he was 19, he shot and killed a man who he describes as an older, rival drug dealer during a fight and was sentenced to 25 years to life.

While in Sing Sing Correctional Facility, where he spent most of his sentence, he earned a bachelor’s and master’s degree, became involved in educational and anti-violence programs and ran an AIDS counseling program that serves hundreds of clients a year.

After receiving parole last June, Absolam was taken to an immigrant detention facility near Buffalo, N.Y. Because he committed an aggravated felony, he was automatically set for deportation upon release from prison.

According to a petition filed by his attorneys, his only hope for staying in the United States was an executive pardon from Cuomo.

Absolam was shackled and in line to be put on a plane at 4 a.m. Thursday when he persuaded ICE officials in Louisiana, where he had been sent for deportation, to check that he had been issued a pardon, said Pierina Reyes, a student at CUNY School of Law who worked with Professor Steven Zeidman on the case. His lawyers had filed for a stay of deportation, but now a judge must vacate the removal order. Zeidman said they hope he will be returned to New York in a few days.

In an online petition to Cuomo signed by more than 2,000 people, Abraham’s daughter Shayquana wrote, “Keeping my father away from our family and sending him to a land he does not know and where he has no support system is cruel and defies logic.”