Infected, Incarcerated—and Coming to an ICU Near You?

Without ventilators, prisons lean on local hospitals to care for coronavirus victims.

By Joseph Neff and Beth Schwartzapfel
Coverage of the COVID-19 pandemic, criminal justice and immigration.

By the time Dr. John Walsh raised the alarm in late March, his hospital in Joliet, Illinois, was almost out of ventilators. Sick prisoners from a nearby state prison kept arriving in the emergency room, requiring nine ventilators and overwhelming the private 480-bed AMITA Health St. Joseph Medical Center. Walsh went on television to plead for help with what he called a COVID-19 disaster.

The U.S. Constitution requires prison systems to provide medical care for the people they incarcerate, the Supreme Court has said. And so states and the federal government hire doctors and nurses, or contract with healthcare companies, to treat sick prisoners.

But coronavirus outbreaks behind bars have exposed a weakness of this system. Prisons do not have the ventilators some COVID-19 victims need, The Marshall Project’s reporting found. In fact, most prison agencies don’t have hospitals at all. For emergency care, they rely on the same local medical centers that treat their workers and neighbors.

The Marshall Project asked every state prison system how many ventilators it had at the ready. Of the 24 states that responded, only Texas said it had any. The state is unusual in that it has a hospital dedicated to its massive network of prisons.

The Texas Department of Criminal Justice hospital is on the campus of the University of Texas Medical Branch in Galveston and has access to its equipment, according to Kurt Koopmann, a spokesman for the university hospital. As of Monday, 12 Texas prisoners had been hospitalized there with COVID-19, and two had been placed on ventilators, he said.

But even in Texas, prisoners who face emergency health problems usually go to community hospitals near their lockups. They are transferred to Galveston only after they are stabilized, according to a 2018 report on prison hospital care by researchers at the Pew Charitable Trusts.

Of the 23 other states that responded to our survey, 19 said they had no ventilators; the rest did not answer the question.

State prisons do not run acute-care hospitals able to handle serious medical problems, Dr. Robert Greifinger, the former chief medical officer for the New York State prison system, wrote in an email to The Marshall Project. “Patients from all state prisons who need acute hospitals should (note: should) be sent out to licensed community acute hospitals.”

A 2016 nationwide survey by the Centers for Disease Control and Prevention found that only seven state prison systems had a hospital-level inpatient facility.

But experts say most “prison hospitals” are really infirmaries or clinics. They’re not what most Americans would consider hospitals, in part because they cannot implement basic infection control, said Dr. Homer Venters, the former chief medical officer of the New York City jail system.

Infection control depends on every employee: doctors, nurses, cafeteria staff, janitors and maintenance workers. In prison hospitals, this includes the staff who guard and escort prisoners as well as prisoners assigned to janitorial work, Venters said, noting that he has never encountered an American prison or jail that trains correctional officers as part of an infection control team.

Some prison medical units have been shown to have serious failings. In Georgia’s Augusta State Prison Hospital, newspapers have reported, a prisoner starved to death in a facility plagued by mold, leaking ceilings and hallways lined with garbage. California medical units are crammed and cluttered. 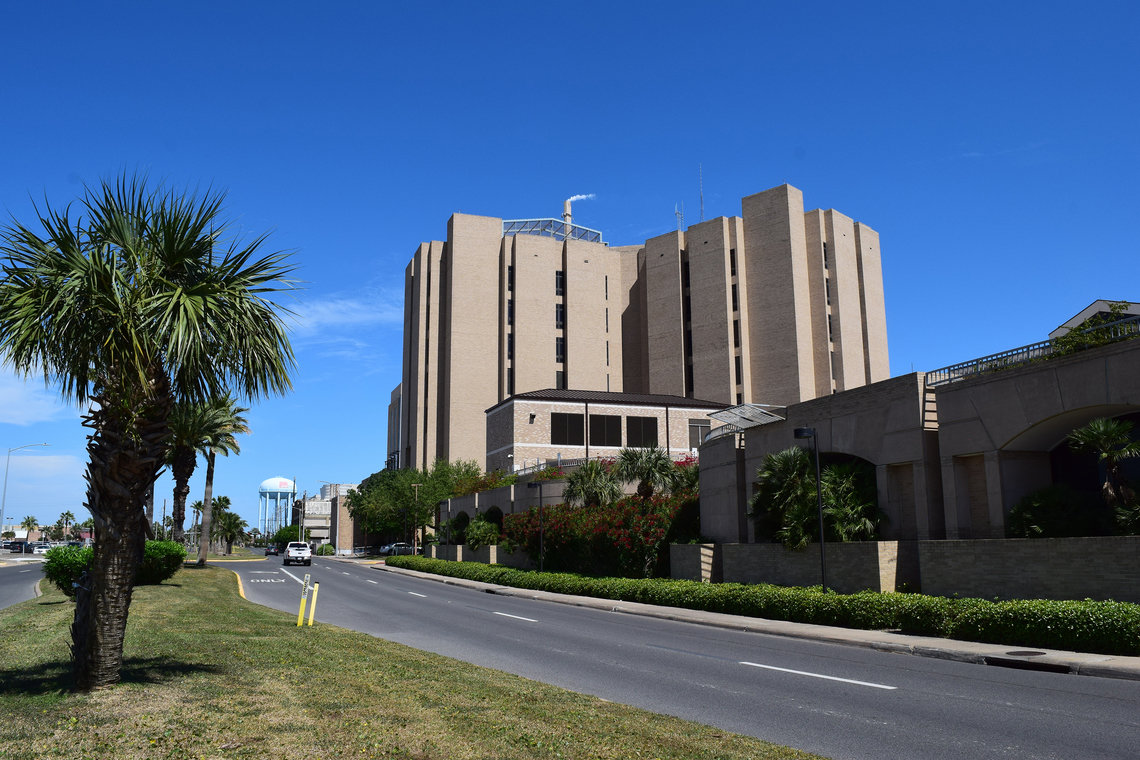 The Texas Department of Criminal Justice Hospital in Galveston is one of the few prison hospitals that said it had access to ventilators.

Oversight of prison medical care is spotty. Only the Texas prison hospital is accredited by the Joint Commission, the nonprofit group that certifies that hospitals meet national standards and thus qualify for federal healthcare payment programs like Medicaid.

The National Commission on Correctional Health Care does accredit prison healthcare facilities, though a spokesman for the group wouldn’t say which ones. In any case, their accreditation is toothless because losing it has no consequences, said Jody Rich, a professor of medicine and epidemiology at Brown University.

Courts have sometimes provided oversight in response to prisoner lawsuits that paint troubling pictures of systemic neglect and unnecessary suffering.

Federal prisons with many coronavirus cases have been sending the sick to regular hospitals in nearby cities. Joseph Mayle, the staff-union representative at the facility in Elkton, Ohio, south of Youngstown, said Tuesday that 34 prisoners have been sent to local hospitals. Half are on ventilators.

In Joliet, hospitals other than St. Joseph’s have started taking in sick people from the Stateville Prison, a spokesman for the hospital said. (Walsh did not respond to a request for comment.) That’s with the encouragement of the governor of Illinois, J.B. Pritzker, who warned medical personnel not to turn away incarcerated patients. He has also sent National Guard medics to the prison to help.