“How Do I Defend People Now?” 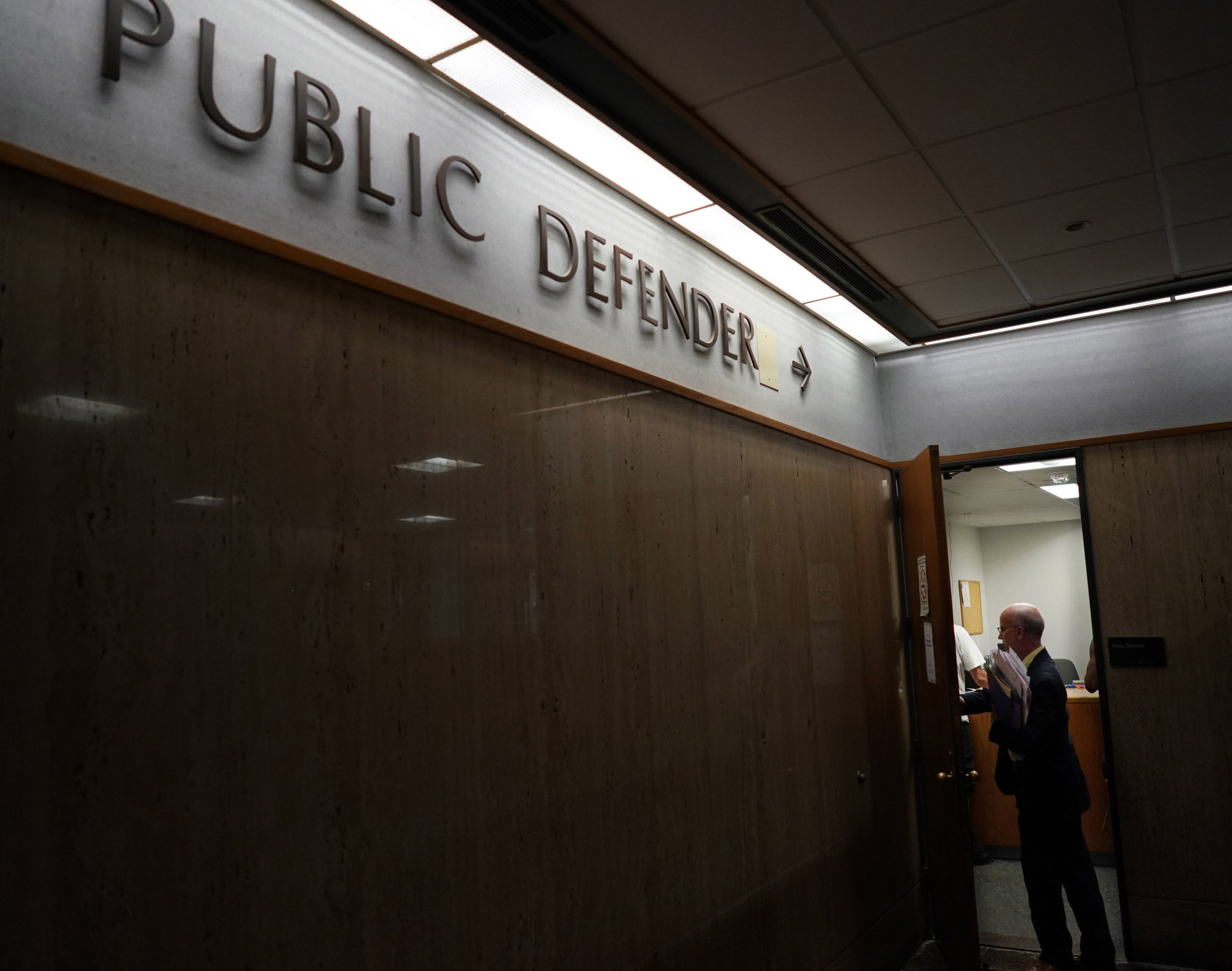 D.* had his first court appearance via Skype, his plea was taken via Skype and all communication with his lawyer took place via Skype. He did not have a private room; he just had a computer that he could only hope was confidential.

* The Marshall Project is using only the first letter of clients’ first names to protect their privacy. Wade and Quandt both have clients identified as “T.”

Even in counties that are embracing technology amid the COVID-19 crisis, it is a poor substitute for in-person representation. A public defender’s job is 75 percent interactive. Normally, we are constantly in courtrooms. We are at jails and prisons several times a week meeting with our clients, and we spend multiple hours with the same person. We are negotiating with prosecutors and interacting with family members, witnesses, the court clerk, bailiffs and law enforcement agents, just to name a few.

There is no virtual substitute for many of these duties. As a result, we now can accomplish only the bare minimum, namely emergency hearings and arraignments (those first court appearances). What isn’t happening in many counties are competency hearings at which we would argue that a client is not being properly evaluated by mental-health professionals. Hearings for mitigation specialists that might show that a client has faced trauma are on hold because we cannot obtain records from closed schools and social-service agencies. Drug and veterans courts are closed too. And we can’t have trials, because it would be impossible to convene a jury or to subpoena witnesses to appear with current social distancing rules.

All the while, the bar for “justice” constantly gets lowered. J., another client, took a plea because the prosecutor agreed to release her from jail, where the virus may spread, if she admitted guilt.

Others, like K. are foregoing the review of evidence in their cases to speed up the process and get out of jail. J., another client, is behind on child support. He was making payments but lost his job due to layoffs caused by the coronavirus. So now he has to serve 6 months in jail. And if the virus enters his cell, he’ll be facing a possible sentence of death.

Is any of this justice?

Isolation and The Cruel Irony of Having More Time

My entire life has changed overnight.

Gone are the three or four court appearances per day. I now go to the office just one to two times a week, to print and scan items for “virtual” court, and to rotate with other attorneys assigned to cover bail hearings.

On the days I have been in court, I no longer elbow my way between attorneys to get on the elevator. It is alarming how quiet it is in the courthouse—it reminds me of 9 p.m. on a Friday night waiting for a jury to come back with a verdict.

Then, however, I at least had my client with me. Now it is just me and the echoes of a few other client-less lawyers.

Meanwhile, I constantly vacillate between feeling like an “essential employee” and feeling like just a human being worrying about whether I am exposed to coronavirus every time I step into the courthouse.

In some ways, oddly enough, the pandemic has made me more effective as a lawyer. The endless meetings and hearings that used to take up my days have been canceled. I now have more time to look at files and evidence individually and thoroughly.

The darker moments are when I have to hear the awkward pauses between the sobs and screaming of family members as I try to explain to them on the phone why their loved one is still in jail.

How do I attend court on their behalf through a Zoom account? How can plea agreements be made without people feeling coerced into pleading guilty, just to get out of jail to be safe from the virus? How do my investigator and I go out into the field to gather evidence when businesses are closed and witnesses are more hesitant than usual to meet with me?

How do I defend people now?

Why Did It Take COVID-19 to Convince the State That My Client is a Human Being?

For three years, I have tried to get the criminal justice system to see T.* as a human being who deserves help, not incarceration. It’s only because COVID-19 arrived that the system has begun to listen.

T. is 64. He has not been convicted of a crime. He has been in jail all this time—pre-trial. Just waiting.

In one of his two pending cases, he was accused of attempting to break into a garage; in the other, of entering a garage and stealing a printer.

When T. was 5, he lost his mother, father and siblings in a car accident. He entered the California foster care system, where he endured years of abuse. As an 18-year-old, he found himself in Qumyum, Vietnam. He left the war with an opioid addiction and PTSD. T. also suffers from seizures and chronic obstructive pulmonary disease and has been hospitalized multiple times while in jail. And he’s been severely attacked twice.

I’ve made multiple attempts to convince the powers-that-be to offer him treatment instead of prison, but had no luck. Then COVID-19 arrived. The court and district attorney suddenly removed the barriers to taking T. out of custody. He is out now and living at a residential program for veterans.

Why? Because T. was more deserving of help and treatment than he already was? Or because the sheriff doesn’t want a COVID-19 death on his watch? Why couldn’t anyone have recognized T.’s situation a year ago, two years ago, two-and-a-half years ago? Why was he separated from his granddaughter for three precious years? Why does it take a global pandemic to recognize the humanity of our incarcerated brothers and sisters?

My Client Has Seizures and Heart Problems. COVID-19 Is Pushing Him Over the Edge.

I recently got a voicemail from a man I represent named T. who is in custody right now at the county jail. His voice was trembling because he was convinced the coronavirus had overtaken the jail and that he was going to die if I didn’t get him out ASAP.

T. is an elderly homeless person, and the charges he faces are nonviolent. But he was thrown in jail anyway, on a bond that he could not afford, in part because he has a prior criminal record.

I knew that if I could sit down with T., I could ease some of his worry. Unfortunately, the jail is considered a high public-health risk for in-person visitation. It’s also not equipped with enough cameras and bandwidth for all attorneys to meet with all of their incarcerated clients. I was told it would be at least 24 hours before I could talk to him even on video.

There’s just nothing I can do but hope I happen to be at my desk when T.’s next frightened phone call comes in.

This is my new life as a public defender: Try not to let those I serve know that I am just as scared for them as they are.