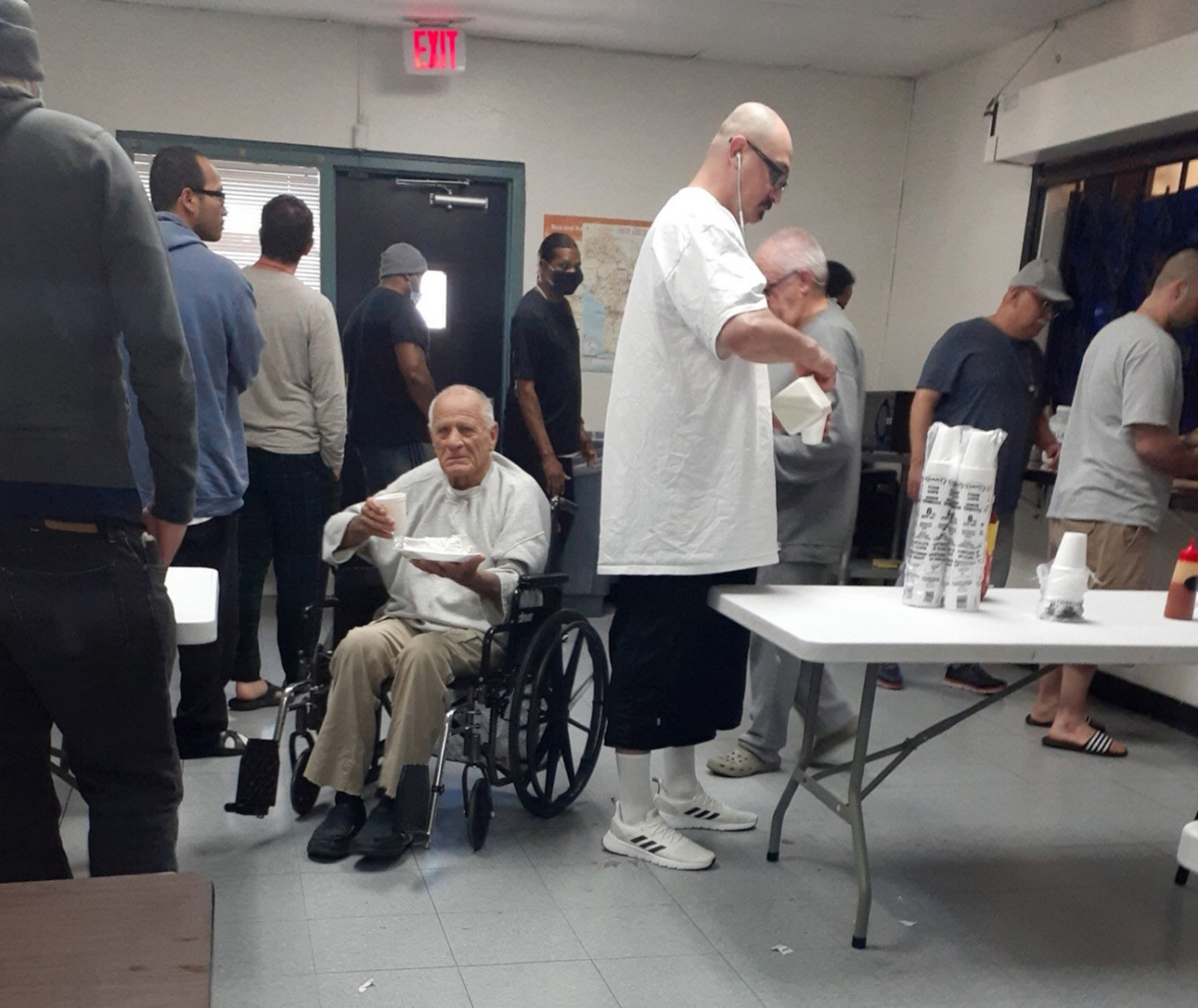 The grainy photo shows a social distancing nightmare in a California halfway house: 11 men lining up for a meal in a crowded room, serving themselves cafeteria style despite the coronavirus pandemic. Only two men appear to be wearing masks, but not the elderly man in the wheelchair at the center of the image.

That photo, and others taken by residents, were filed as part of a federal lawsuit alleging that unsanitary and crowded conditions at Orion House in Van Nuys, near Los Angeles, pose a grave threat to residents, staff and the broader community.

An expert described the conditions as alarming when he reviewed the photographs: few masks, men huddled together, broken sinks and a backed up toilet.

“It looks as if almost no protections are in place to prevent the spread of COVID-19,” said Dr. Gavin Yamey, a professor of global health at Duke University. “These men are not being given the protections they deserve to prevent getting infected.”

Prisons and jails, with close quarters where it’s nearly impossible to maintain social distance, have become hot spots for the virus. But halfway houses, the transitional facilities in cities across the country where many federal prisoners finish their sentence, have received less attention and may pose as much of a risk, health experts warn.

Residents in halfway houses generally live in jail-like conditions, bunking in double beds spaced a few feet apart and sharing group bathrooms and showers. But unlike in prisons, many halfway house residents work in the community, where they can catch the virus and bring it back into the facility. 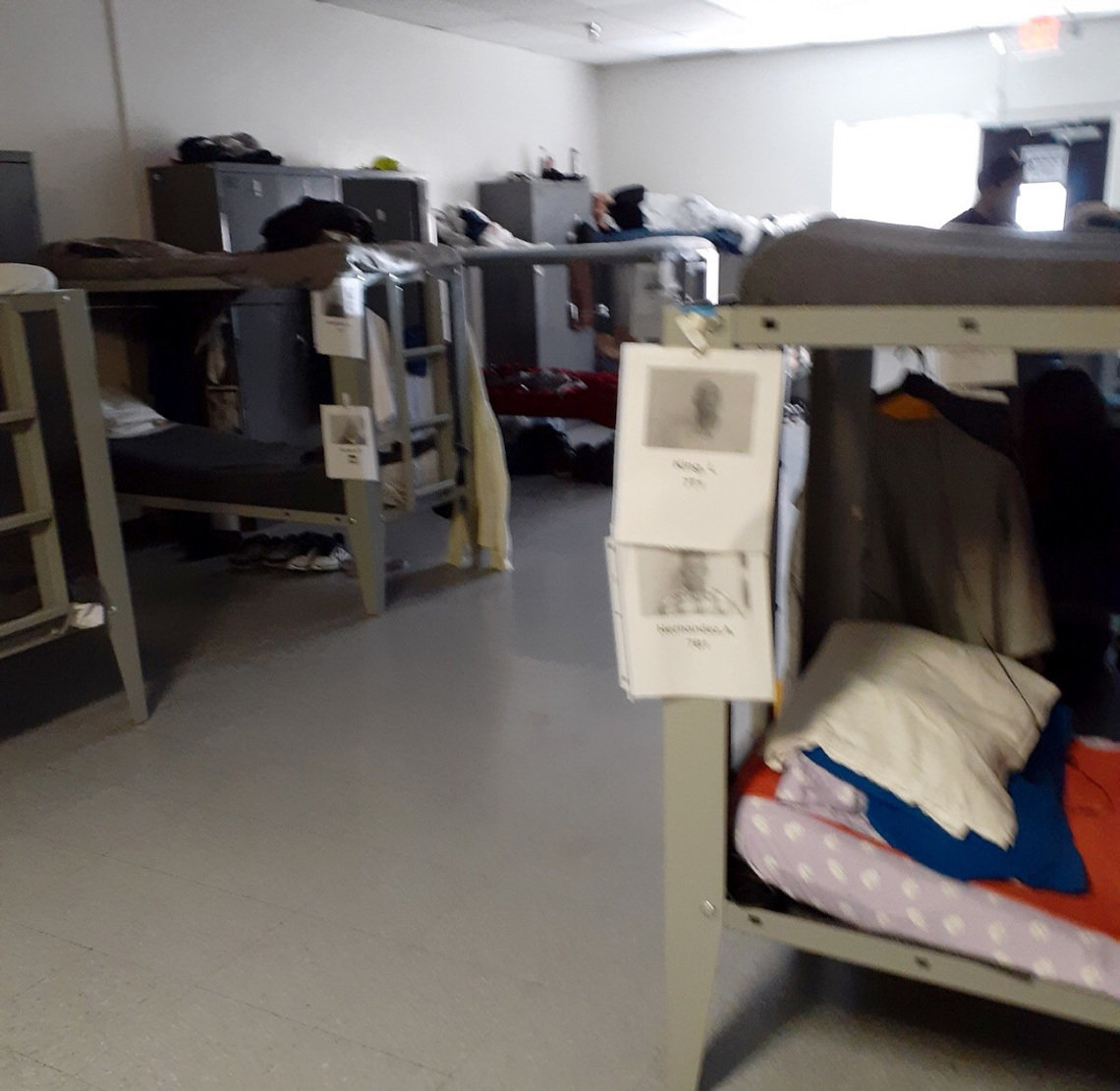 The Federal Bureau of Prisons as of Friday reported 154 cases of COVID-19 and two deaths among the 6,022 people held in halfway houses, though the agency has not said how many people it has tested. The GEO Reentry Center in Leavenworth, Kansas, has the most positive cases, with 38 people infected, bureau data shows.

The Orion Residential Reentry Center, as the Van Nuys facility is officially known, has reported one positive case. The center is run by Behavioral Systems Southwest Inc., a for-profit company that operates several halfway houses contracted by the Bureau of Prisons, according to agency records.

Christopher Lindholm, the company’s president, did not return a phone message seeking comment. Neither did Ruben Aguilera, who is listed on the company’s website as program director at Orion House. The Bureau of Prisons said it does not comment on pending litigation.

Daniel Sweeney, the 46-year-old resident at Orion who filed the lawsuit Monday asking for his immediate release, said in an interview that he wears a mask and avoids touching hard surfaces when he rides a bus to his job at a marketing firm. But those precautions are for naught when he returns to Orion House, he said. Managers do not provide masks or hand sanitizer to residents, he said, and there is no medical personnel and no digital thermometer to screen new inmates and staff.

“We have old guys who can barely get around,” Sweeney said.

The new suit comes as advocates have argued that people in halfway houses, who have less than a year in their sentence and are generally able to go outside and work, should be released to reduce exposure to the virus. In April, a halfway house under a BOP contract in Washington, D.C., closed following a class action lawsuit alleging unsafe conditions.

Bureau of Prisons figures compiled by Congress, however, show that the total population at halfway houses has gone down by about 1,300 since Attorney General Bill Barr urged the bureau in early April to “maximize” release of people at risk. Those figures do not specify how many people left halfway houses because their sentences were ending anyway. 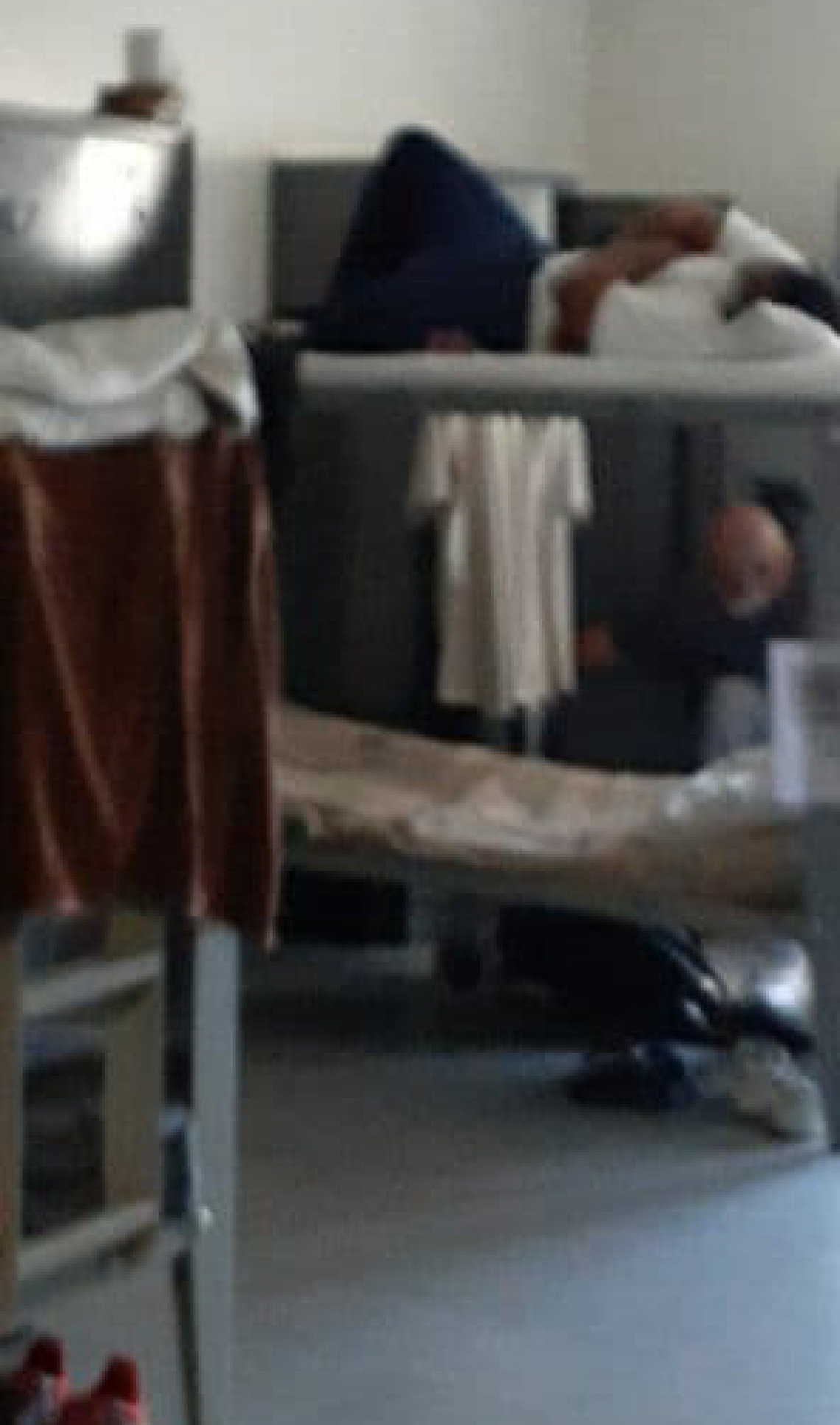 Sweeney, who was convicted of making a false statement in a passport application, said he worries about retaliation from halfway house staff for filing his suit. He said the Bureau of Prisons has continued to send new people to Orion House. Sweeney said when he introduced himself to a recent arrival, the man told him, “I just came from Terminal Island, and I tested positive for the virus.”

Terminal Island Federal Correctional Institution, in nearby San Pedro, has reported 697 cases among prisoners and 15 among staff, according to bureau data. Eight prisoners have died.

The new arrival, Carlos Eberardo Tovar, said he was told he had tested positive at Terminal Island on April 25. There were 64 men in his dorm there, and 54 tested positive, he said. None of the prisoners were isolated or quarantined, he said.

Tovar, who is finishing a sentence on a drug charge, said he has not felt any symptoms, and hopes that he is not spreading the virus. The conditions at Orion House are basically the same as the prison, he said: dirty and crowded.

“We get no compassion,” he said. “Yes, we are criminals, but we are all human beings.”