As the U.S. Justice Department starts sending more federal agents to big cities across the country, there’s good and bad news for their mayors and residents.

The good news is that the feds in question are not the camo-clad unit that have created such an uproar in Portland by clashing violently with protesters. According to the Justice Department, the influx of agents will expand long-standing partnerships between city cops and agencies like the FBI. The campaign also includes $61 million worth of hiring grants for local officers.

The bad news: City officials and prosecutors have no control over these agents and can’t force them to follow local rules on matters like use of force or body cameras. Police officers on the task forces don’t have to abide by those rules, either, and are almost impossible to sue for misconduct. The only way to assert local control, experts say, is to back out of the task forces altogether.

A 2019 Marshall Project investigation into the decades-long expansion of these teams found that they’ve become ubiquitous in cities across the country. According to federal estimates, the U.S. Marshals, the FBI and the federal Drug Enforcement Administration operate about a thousand task forces.

President Donald J. Trump’s new plan, called Operation LeGend, adds manpower to some of these existing teams. The expansion, which began earlier this month and was announced last week, is named after a 4-year-old boy killed by a stray bullet in Kansas City, Missouri, where the surge began. Chicago and Albuquerque, New Mexico, were next to get the increase. On Wednesday, officials said Cleveland, Detroit, and Milwaukee would be getting more agents too.

Leaders of cities plagued by soaring gun violence seem likely to welcome the amped up task forces despite revulsion over what’s happening in Portland. Take Philadelphia, where the local district attorney has threatened to prosecute federal agents.

“It would frankly be irresponsible for the mayor to discontinue those relationships simply because of the White House’s misguided attempt to politicize these agencies,” Mike Dunn, a spokesman for Mayor Jim Kenney, wrote in an email.

But in this political environment, mayors should be wary, warned Christy E. Lopez, a former deputy chief in the Justice Department’s Civil Rights Division.

Cities work with task forces to chase a wide variety of criminals, including terrorists, white-collar fraudsters, drug dealers, gunmen and even low-level fugitives. Police officers assigned to task forces are deputized as federal agents, which means the Justice Department shields them from litigation and local oversight. For the most part, task force officers don’t have to wear body cameras even if the police department mandates them. The FBI and U.S. Marshals allow the use of deadly force if the officer feels a threat of an “imminent danger,” a standard that is less strict than in many big cities.

Congress allows those deputized as a U.S. Marshal to arrest anyone wanted on a local warrant. Police chiefs in Florida say they like getting their cops deputized as marshals so they can hunt felons across state lines.

Frustrated with losing control of their cops, cities including Atlanta, San Francisco and Albuquerque have pulled officers from various task forces in the last few years.

And trying to sue an officer for using excessive force is difficult. The cases are moved to federal court, and “the federal government has to give you permission to sue it, or to get information from it,” said Roy L. Austin Jr. who served as deputy assistant attorney general in the Obama administration.

“It is obviously frustrating when you are saying that the federal government, which is supposed to be the gold standard, doesn’t have to follow something that you are telling state and locals to follow.”

Since the late 19th-century, the U.S. Supreme Court has ruled in favor of protecting federal agents from being investigated or prosecuted by local officials, and sued by people who they have hurt, or even killed. 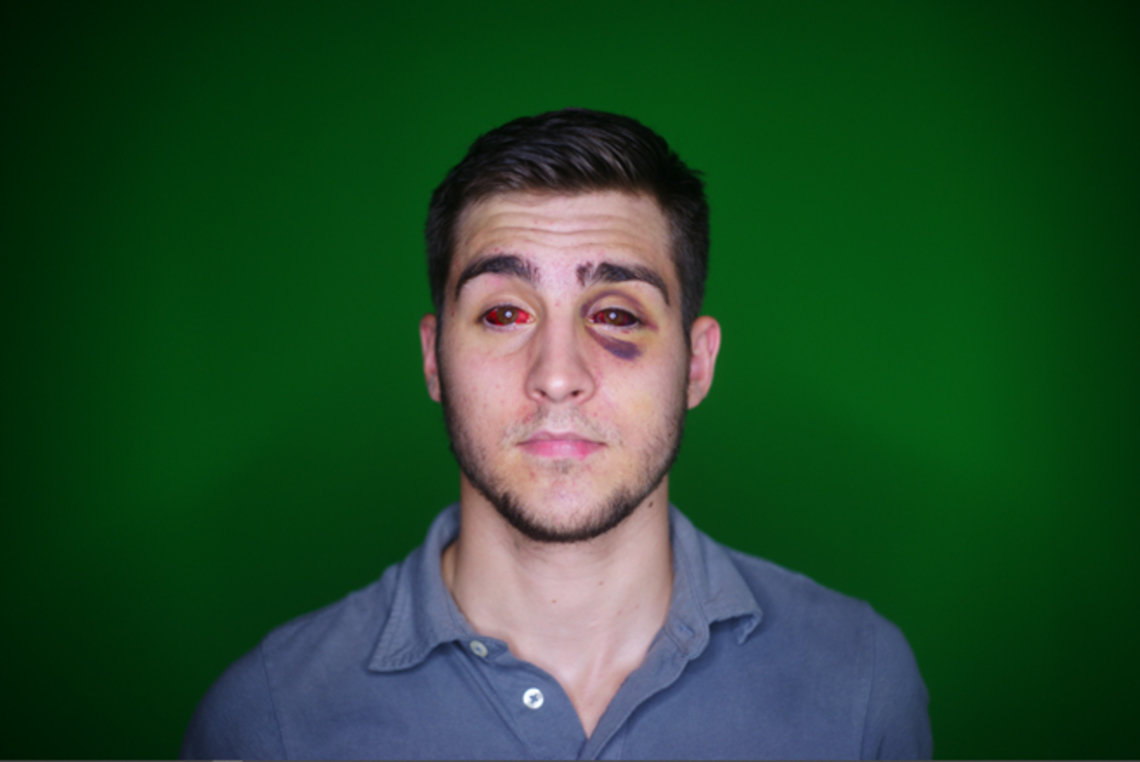 James King had his face bloodied by a Grand Rapids, Michigan police detective and an FBI agent in 2014.

Courtesy of Institute for Justice

The court will soon hear a case involving a former Michigan college student who had his face bloodied by a Grand Rapids police detective and an FBI agent, both assigned to the same task force, in 2014. The duo had misidentified James King, now 27, during their search for a man wanted on a local arrest warrant for breaking into a house.

King’s lawyers at the Institute for Justice, a liberterian nonprofit law firm, filed suit against the U.S. government, the detective and the FBI agent arguing that King’s constitutional rights were violated. A lower court threw out the case at an early stage, citing the controversial legal doctrine known as qualified immunity. An appellate court decided that King could pursue his case, and the Trump administration shot back, saying that the U.S. government is not responsible for damages caused by its employees.

“It is a moral imperative to have accountability within federal task forces,” King told the Marshall Project. “I don’t want what happened to me to continue to happen to other people. I fear that if these task forces are given more protections, they will do this more frequently with no reason to care about what they are doing is right.”