Being a Prison Firefighter Taught Me to Save Lives

I first joined the San Quentin fire department to get my own room, eat well and train dogs. It ended up being the most important experience of my life. 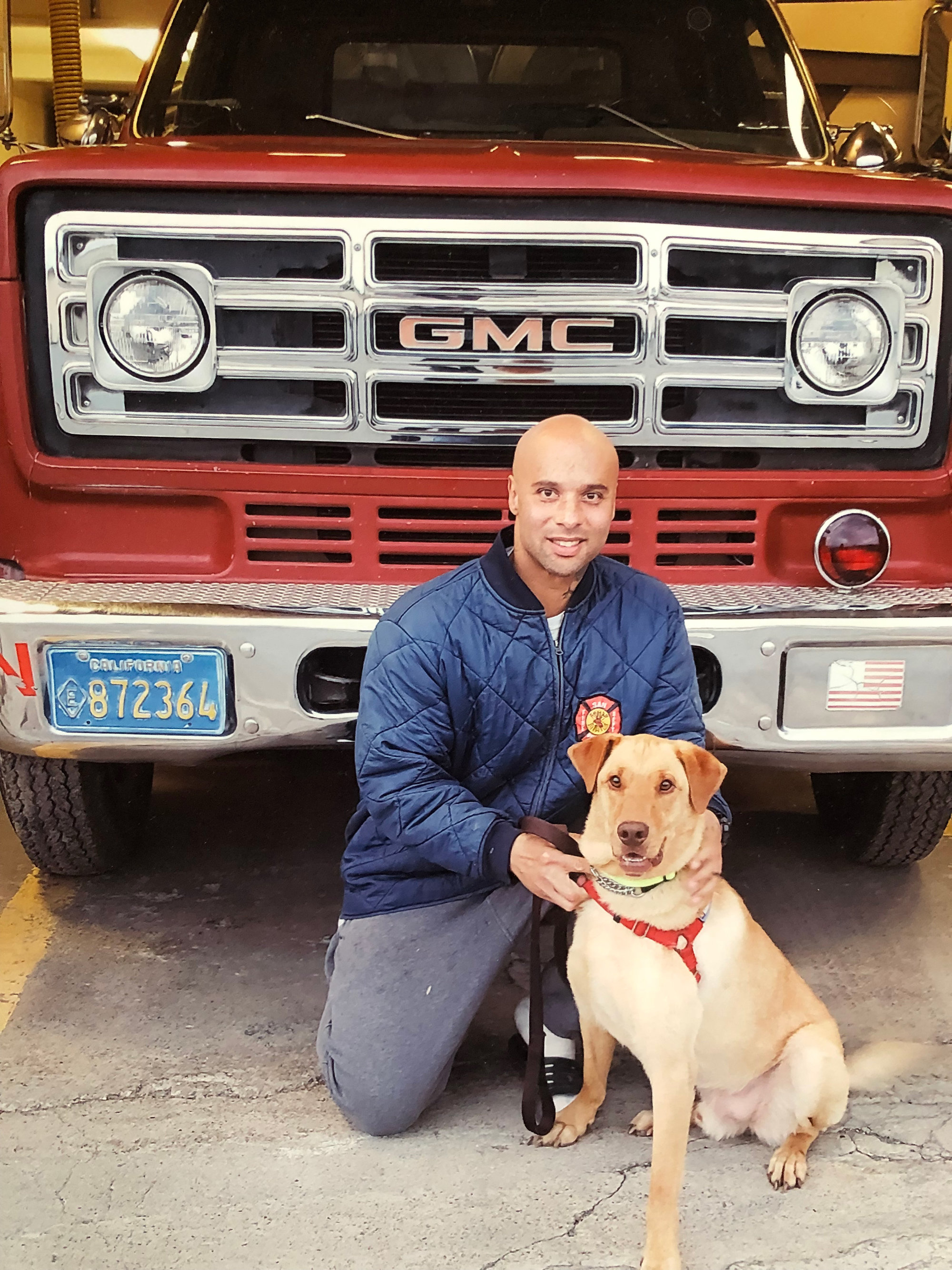 There’s a full-fledged firehouse equipped with engines at San Quentin Prison. To work for the department, which serves the facility and over 100 units of mostly employee housing on the grounds, prisoners have to interview with the fire chief and captains and go before a panel composed of the warden and other staff.

You have to be a good fit and know how to work in a team. And they only consider people who have a record of good behavior within the last five years—that means few or no disciplinary write-ups or infractions. You cannot have been convicted of arson, sex offenses, murder or attempted escape, and you have to be at the lowest security level.

When I applied in 2016, I had five years left in my sentence. Dozens of guys were trying to get into the firehouse, but they only take nine to 12 at a time. I thought I was in great shape—I was on the San Quentin A’s baseball team, and I played football. But I was nowhere close to being in firefighting shape. We had to be able to hike more than a mile with a 75-pound hose on our backs. I didn’t think I was going to make it at first.

It wasn’t really the act of firefighting that made me want to join. Initially, I just wanted the job because I would get to sleep in a room by myself, eat good and train dogs. Plus those guys just look cool. Who as a kid didn’t think firefighters were awesome?

Joining the department was also an opportunity to escape the politics and culture of prison. I wouldn't be confined to a cell or have COs hanging over my shoulder all the time; I would be treated like a human being. After years of incarceration I was sold.

I didn’t expect it, but firefighting would be the most influential thing I’d ever taken part in.

Being a member of the department meant being available 24/7 for calls inside and outside the prison. On the outside, we had house fires, medical emergencies, car accidents and grass fires. Inside we responded to cell fires, provided CPR and transported bodies from housing units to the hospital.

In my nearly three years on the job, I did CPR almost 50 times. Only four people lived. The sad truth is that San Quentin has an aging population of people either dying of old age or giving up. There were suicides and a fentanyl outbreak. Sometimes we’d get five overdoses in a week. In 2017, almost 20 people died of various causes. I did CPR on every one of them.

On one call, a gentleman had fallen off his bunk and hit his head. He went through three rounds of CPR and two with the defibrillator. On the third round of CPR, I felt him gasp for breath and I could feel his heartbeat underneath my hands. I said to my captain, “Holy shit, I think he's breathing!” He lived and was back on the yard two days later. I can't explain what it feels like to have someone come back to life under your hands. There's nothing like it.

One thing I noticed early on was the difference between the mentalities of people on death row and those in the general population. When we were doing CPR or taking a dead body off the tier, the men on death row had a look of resignation, like ‘Damn, he made it out.’

There was one guy on death row who committed suicide. He always sticks with me because he had his beard trimmed and his hair lined up. He died perfectly groomed but with a look on his face like, I think this is a mistake.

People in the general population avoided watching us carry out dead bodies. If you have a life sentence in California, it doesn’t necessarily mean you’ll be incarcerated forever. If you do all the right things and invest in yourself, there is a possibility that you will make it out. With the chance of release, the men in general population didn’t want to think about their own mortality.

At times I did feel survivor's guilt about being at the firehouse living the good life. When I was responding to a call, I didn’t have time to be in an emotional space with it. The guilt would kick in when I came back from a call involving one of my incarcerated peers. These were guys I hung out with and played basketball with.

But contrary to popular belief about prison culture being dominated by envy, people loved to see me rising above incarceration. I regularly had guys I didn't even know saying they were proud of me and thanking me for representing them. It was like, That’s one of ours.

When I was about to be released, I already knew I couldn’t be a firefighter on the outside because my armed robbery felony would exclude me from getting a license. But in September, Gov. Newsom signed AB 2147, a law that puts me on a path to expunging my record and getting my EMT certification. It’s not a fix-all, but it makes the pathway a little bit easier.

Once you're a first responder, you're always a first responder. It never leaves your system. There's not a day that goes by that I don't smell smoke. Once you've lived that life, it's a hard thing to leave behind.

Rasheed Lockheart is an organizer with Planting Justice, a food justice and urban gardening organization in Oakland, California. He was paroled in January 2020, after serving 18 years in California state prisons for armed robbery.