Prison Is Even Worse When You Have a Disability Like Autism

State officials often fail to identify prisoners with developmental disorders, a group that faces overwhelming challenges behind bars, from bright lights to noises to social dynamics. 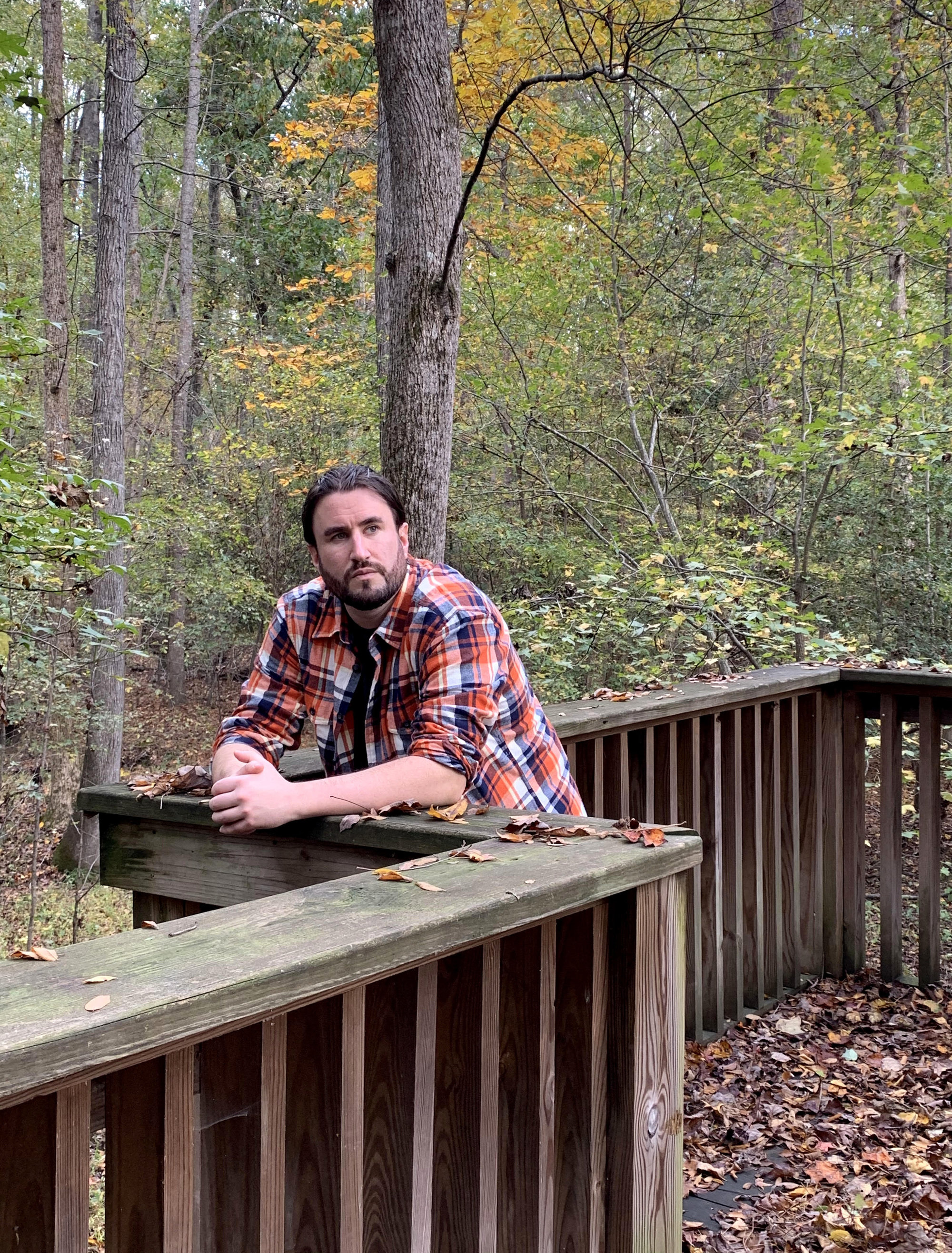 When Drew Harrison was in prison, just sitting in his cell overloaded his senses. To dim the fluorescent lights, he covered the bulbs with toothpaste or paper. To mask overwhelming odors, he wrapped his uniform around his head.

Once, when he asked to stay longer in the prison yard, Harrison, who has autism, said he was told he was being insubordinate and was put in restrictive housing. Another time, he said he requested placement in solitary confinement so he wouldn’t have to interact with people, which he found stressful.

After two and a half years, Harrison, who had been convicted of sexually assaulting an ex-girlfriend, thought he would get out more than a month early from Greensville Correction Center in Virginia, because of good behavior. But because he had failed to sign up for a job while incarcerated earlier at another Virginia prison, he had forfeited his chance at early release, according to documentation from the Virginia Department of Corrections.

Harrison’s autism made it difficult for him to grasp the rules, his mother, Judy Harrison, explained. Only after she lobbied a Virginia state legislator was her son’s “good time” reinstated; he was released in 2019. “I don’t know how someone with Drew’s diagnosis would have survived in prison without an advocate,” she said. “You can’t teach someone not to have autism.”

The prison environment—with its loud, unpredictable noises, bright lights, unpleasant odors, complicated social dynamics and often byzantine bureaucracy—would be difficult for anyone to navigate, but experts say that it’s particularly challenging for autistic people and people with similar disabilities.

The Americans with Disabilities Act—signed into law 30 years ago this summer—mandates that people with physical and developmental disorders receive equal access to programs and services provided by public institutions, including correctional facilities. But advocates for people with developmental disabilities have long argued that all too often, prisons do not fulfill that promise.

One reason may be that many states don’t adequately identify prisoners with developmental disorders. The Marshall Project sent questions to all 50 state corrections departments asking whether and how they screen prisoners for developmental or intellectual disabilities. Of the 38 agencies that responded, 25 reported using screening protocols that several mental health and legal experts said don’t meet professional standards. Five states said they don’t screen for developmental disabilities at all.

When developmentally disabled prisoners go unidentified, they are even less likely to receive services they are entitled to under federal law—such as help understanding prison rules or obtaining medications. That loss of assistance leaves them vulnerable to medical misdiagnosis, isolation in solitary confinement, denial of legal and educational opportunities, sexual abuse and bullying, prisoner advocates and relatives say.

“It mirrors or echoes what goes on in society. People with disabilities are often hidden and not seen,” said Susan Politt, a supervising attorney at Disability Rights North Carolina, an advocacy agency. But behind bars, the situation can be even more dire. “They get out in worse condition than when they go in,” she said.

Experts say that incarcerated people of color with intellectual and developmental disabilities are affected disproportionately because they are less likely than their White counterparts to be diagnosed before they enter prison.

Developmental disability is an umbrella term for a group of disorders that start during childhood and restrict one’s ability to learn, speak, behave or physically develop; they include autism, cerebral palsy and language and speech disorders. The most common type is intellectual disability. It is generally accepted that 2 to 3 percent of people around the world have an intellectual disability, said Maggie Nygren, executive director of American Association on Intellectual and Developmental Disabilities.

The proportion of people with developmental disabilities behind bars is likely to be higher than in the general population, research suggests. The Arc, a nonprofit that advocates for people with disabilities, estimates that between 4 and 10 percent of U.S. prisoners have an intellectual disability, a range supported by recent literature. In 2015, the Bureau of Justice Statistics reported that about 20 percent of prisoners mentioned having a cognitive disability, a category that includes developmental disability.

But when The Marshall Project contacted state corrections departments, only four of the 25 states that shared their 2019 numbers reported that the population of prisoners with developmental or intellectual disabilities was in that range. The other 21 states that shared their population numbers said that prisoners with developmental disabilities made up less than 4 percent of the total prison population.

One disability rights lawyer characterized those low numbers as implausible. “There’s no rational basis under which a prison population should have a lower percentage than a general population,” said Bill Van Der Pol, a senior staff attorney at the Alabama Disabilities Advocacy Project, who won a class-action lawsuit in 2014 on behalf of physically and developmentally disabled prisoners.

Thirteen states told The Marshall Project that they did not track the population numbers or could not provide them.

Many states are using screening protocols that medical and legal experts say are below professional standards. An exam should assess a person’s intellect, capacity to participate in daily activities and the age at which their condition began, said Nygren. But 11 states said they either did not check for those three diagnostic points or didn’t test for intellectual ability at all.

Several states said they rely primarily on an IQ test as a screening tool. In North Carolina, prisoners take an IQ test in a group upon entering the system. If they get a score of 70 or less—the state’s cutoff for intellectual disability—prisoners take the exam again. But this process prevents people with intellectual disability from being identified because it fosters familiarity with the exam, often resulting in higher scores, said John Schwade, a former prison psychologist in North Carolina who retired in 2016. Representatives from the North Carolina Department of Public Safety said that 1.8 percent of prisoners in 2019 tested with an IQ of 70 or less, well below the expected percentage.

According to a document obtained by The Marshall Project, one prisoner scored 60 on the state’s IQ test when first taking it, suggesting a serious intellectual disability. But after sitting for the same test again a few days later, the prisoner scored 83, which is in the normal range.

“The screenings for intellectual disability are not designed to identify and provide help to inmates, but instead to exclude as many inmates as possible from receiving the help they need,” Schwade wrote in an email. The consequence for disabled prisoners in the state has been “a total failure to accommodate and protect,” said Politt from Disability Rights North Carolina.

John Bull, the communications officer for prisons at the North Carolina Department of Public Safety, said the state’s strategy allows officials to quickly identify prisoners with disabilities without wasting time on those who don’t need extra help. Prisons are very short-staffed, he said.

Of the other states that test prisoners during screening, eight—Massachusetts, South Dakota, North Dakota, New Hampshire, Iowa, Texas, Utah, and Idaho—said they use the Test of Adult Basic Education, which is designed to evaluate academic achievement, not IQ. Experts say the exam could give hints about a person’s disability, but it isn’t designed to identify developmental disabilities.

Officials in five other states—Kentucky, Maine, Virginia, New Mexico, and Delaware—said their agencies don’t use a test to screen prisoners for developmental disorders. In Kentucky and Virginia, officials said they typically leave it up to prisoners to tell the staff about their own disabilities. In Maine, “for the most part clinicians estimate a general intellectual level of below average, average or above average,” the deputy commissioner of corrections said. In New Mexico and Delaware, officials said they rely on medical and educational records to identify people who were diagnosed with a disability or participated in special education programming before entering the prison system.

Anne Morel, whose 37-year-old son David is serving time in Louisiana for possession of child pornography, said prison officials have “no clue” that he is mentally challenged. David was first diagnosed with intellectual disability at age 6, she said. At 25, he was told he had an IQ of 63.

David often gets scammed, his mother said, by prisoners who persuade him to buy them things with the money she gives him for food. She also believes that her son has been taken advantage of sexually. “Anything anyone would tell him,” Morel said, “he would just do.”

Autistic people and people with intellectual disability often have difficulty understanding prison rules and norms, making them especially vulnerable to exploitation in prison, says Jamelia Morgan, an associate professor at the University of Connecticut School of Law. “There’s disproportionate exposure to violence, sexual or otherwise,” she added.

Some parents of incarcerated people with developmental disorders say they feel powerless to help their children cope behind bars.

Gary Glissman of Nebraska said that when his adult son, Michael, spent three months in an Omaha jail for theft, he submitted medical documentation to health officials demonstrating that Michael had a clinical need for testosterone replacement therapy and psychological counseling.

Michael suffers from depression and anxiety related to Klinefelter Syndrome, a genetic developmental disability that can lead to abnormally low levels of testosterone and difficulty controlling emotions in moments of stress.

Glissman says he wasn’t surprised that officials weren’t responsive. “It’s very basic in the prison system,” he said. “Either it’s broken or bleeding, or too bad.”

Correction: A previous version of this story misstated the Virginia state prison where Drew Harrison was incarcerated when he learned that he was no longer eligible for early release.