After Years Behind Bars, These Folks Are #FreeToVote

Here are their stories. 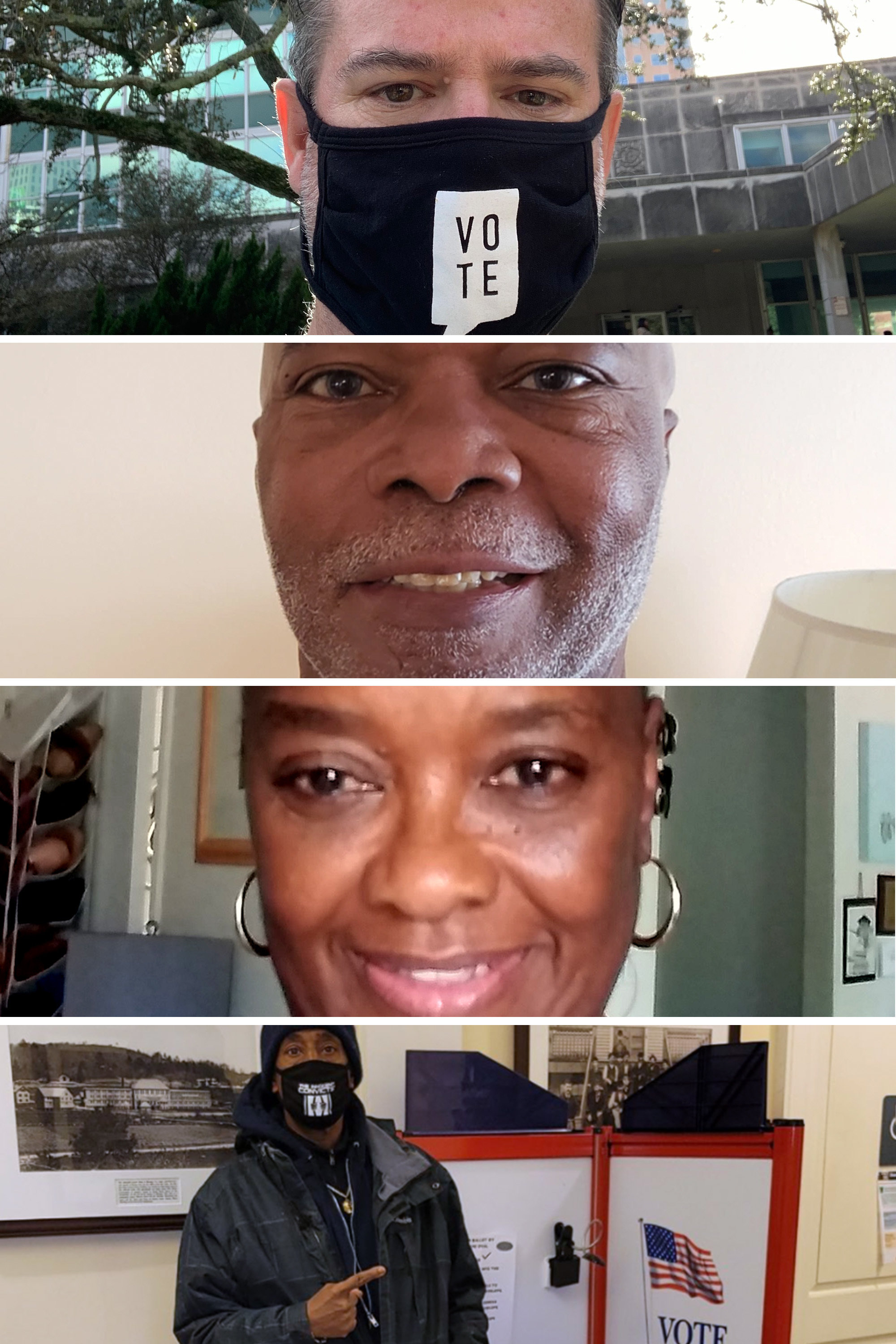 This United States is still a long way from granting incarcerated people the right to vote, and polls show the idea is unpopular. But the thinking on who deserves these rights is starting to change.

Earlier this year, the District of Columbia granted voting rights to people in prison, joining a handful of states that allow incarcerated people to cast ballots from behind bars.

Once out of prison, people convicted of felonies were denied the vote for years in many states. But in the past two years alone, more than a dozen states reconsidered their felony disenfranchisement laws, often restoring voting rights to people on probation and parole or clarifying the rights restoration process.

Researchers estimate that as of 2020, roughly 5.17 million Americans are unable to vote because of a felony conviction, a number that has declined by 15 percent since 2016. This disenfranchisement disproportionately affects communities of color: Black people are nearly four times as likely to be disenfranchised than other races, according to The Sentencing Project.

We’ll be sharing additional stories on social media on Election Day. Follow along via the hashtag #FreeToVote.

Wrongly Incarcerated for 32 years in Massachusetts

I really want people who are innocent of crimes they were convicted of to vote. I am calling on families of the innocent to vote on their people’s behalf, especially if they passed away while they were locked up.

A lot of people who come out of prison and get exonerated say, “Oh, I am not voting because I have to do this and that.” But, in the situation of being exonerated, you don’t have to do anything. So I came out and all I had to do was register.

Incarcerated for 27 years in California

While I was incarcerated I became aware of the power of the vote. I also saw that if rehabilitation was to be real, it was on us. If we wanted it we had to produce it. So, I became very active in my community in prison.

When I got paroled in 2017, I was so into advocacy already. I understood voting as the only true power I had for change. But it's hard to be the poster child for change when you can’t be a tool for it because you can't vote. I always felt incomplete, and I wanted to feel whole.

I was chosen for early parole three weeks ago. I am excited to be voting for the first time. Last week, I laid my ballot and voter information guide out on the table. I put a little jazz on. It was so serious for me. I was going over everything. I really really wanted to be informed about each thing that I was voting for. I was so excited.

When I found the dropbox and dropped my ballot in it, I got very emotional. I had to stand there and take a few breaths to keep from bawling like a baby. I just wanted that moment for me, alone. I’d spent 27 years in prison plus three years on parole, before they let me vote.

It was surreal. I can't believe that I voted for the president of the United States. I am finally a part of the world that I live in. I am a part of this democracy.

Incarcerated for 12 years in Louisiana

Getting my voting rights back took undying perseverance. I had to file a lawsuit and submit five bills to the legislature (the last of which lost two times on the House floor before it passed, after VOTE-NOLA’s statewide grassroots organizing).

Finally, I needed a certification from my probation officer that I had not been incarcerated within the past five years of my parole. I personally took that certification to the registrar, and about a month later I received my registration card in the mail.

I want to be a role model for my daughter, showing her how we all have a responsibility to take part in collective decision-making. And to also show her that people should not be allowed to be anti-democracy and anti-citizen.

When I fight for my right to vote, I am fighting on behalf of millions of people who have also been marginalized and oppressed within our society. My daughter knows that, regardless of political differences, a community will sink or swim together.

Incarcerated for 41 years in Nebraska

I went to prison as a child. At the time there were a number of things I was ineligible for, including voting. So this election is not my return to voting. This is my first time voting in a presidential election, period.

Nebraska is one of those states that has a two-year waiting period, which I call an “exile period,” where you are prevented from voting until two years after your discharge from prison. But if you are on probation or parole, the two-year clock starts once it ends.

I am African-American and my family came to Nebraska from Mississippi. I had always heard stories about the racial terrorism around the issue of voting. Even though I do not have a lot of confidence in the government, I have a duty to the people who fought, died, were firehosed and had dogs sicced on them. I have an obligation to those whose shoulders I stand on, who got me to the point where I can walk into a polling place for the first time and not have anything happen to me. I owe it to them to exercise my right.

Voting makes me feel like I am welcome back into the community. Voting seems to be the last barrier to being treated as a citizen. After housing and after employment, voting stands in the way.

Photos are courtesy of the authors.