Even in states that have legalized or decriminalized marijuana possession, Black people are still more likely to be arrested for it than White people. These organizers are working to change that. 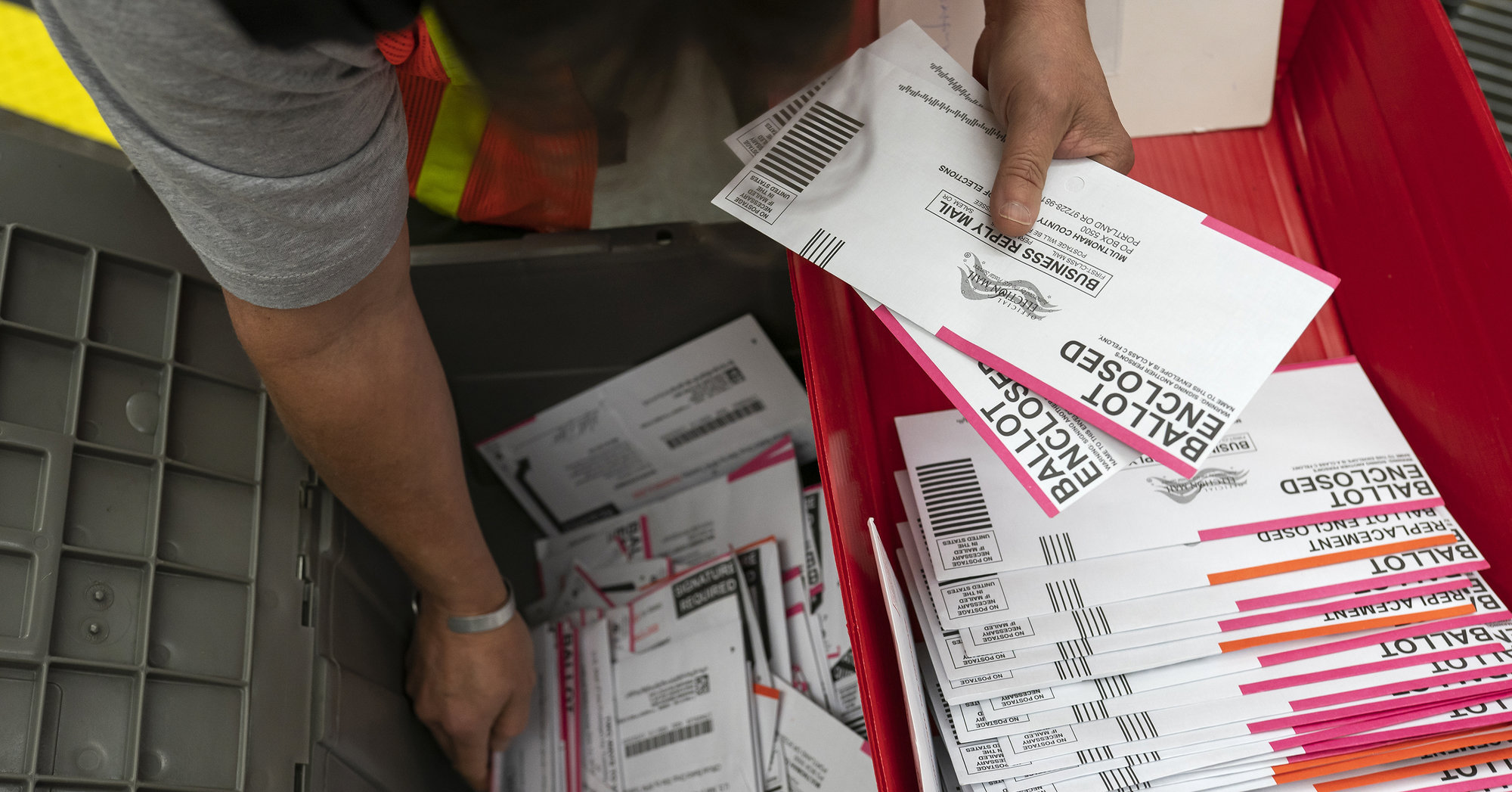 From the Pacific Northwest to the Deep South, drug legalization won big nationwide on Election Day. Under the first state law of its kind, people in Oregon soon won’t be arrested for possessing small amounts of drugs including heroin, meth and cocaine. In New Jersey, Arizona, South Dakota and Montana, voters joined 11 other states and the District of Columbia in legalizing recreational marijuana. Washington D.C. passed an initiative to make mushrooms and other natural psychedelics the lowest possible enforcement priority. Even Mississippi legalized medical marijuana.

This story is published in collaboration with the Guardian.

After months of global protests over racism in policing, advocates behind many of these campaigns focused their messaging on racial disparities in drug-law enforcement. In New Jersey, a social media ad explaining how a marijuana arrest could ruin someone’s life centered images of young Black men and women. Activists in Oregon pointed to a statewide study that found drug convictions for Black and Native people would drop by nearly 95 percent under the state’s decriminalization law.

Yet despite these electoral successes, it remains unclear what effect the new measures will have for communities of color, who have long been disproportionately targeted in the war on drugs. Even as many states move toward legalization, drug-related violations were the most frequent cause for arrest in the U.S. in 2018. Nearly 40 percent of those arrests are for marijuana possession alone, according to federal data. Black people make up 27 percent of drug arrests, but only 13 percent of the country.

Even in states that have already enacted more lax drug laws, racial disparities in enforcement didn’t disappear. An April study from the ACLU found that “in every state that has legalized or decriminalized marijuana possession, Black people are still more likely to be arrested for possession than White people.” Being caught with large amounts of marijuana, selling it, using it in a school zone or underage use is still illegal in states that have legalized. In states like Maine and Vermont, according to the ACLU, racial disparities in weed arrests worsened after legalization passed. Disparities improved in California and Nevada.

Some opponents of legalization say this increase in arrests is the result of the continued criminalization of black markets that still exist outside of the heavily regulated legal market. And they believe the potential for more widespread drug abuse under legalization, in the form of crimes like DUIs, can lead to more interactions with police—especially for people of color.

Kevin Sabet, a former White House Office of National Drug Control Policy advisor, thinks that if the goal is to end racial disparities, states should continue focusing on decriminalization. “It’s a false dichotomy to think that you either have to arrest someone and lock them up, or you need to be in bed with Big Tobacco and have edibles,” he said. “Oregon already had a decent system for referring drug users [from jail time].”

But even if people aren’t serving long sentences for simple drug possession, the impact of an arrest or a criminal conviction can follow them for years, legalization supporters say. And for repeat offenders, a drug conviction can mean a longer sentence for any future offense.

“They own you after that,” said Bobby Byrd, a volunteer with Yes on 110 in Oregon who struggled to find a place to live, get promoted and get licensed to become a drug counselor because of his drug conviction. “People need help, not punishment. Punishment didn’t help me; it just slowed me down in my life and made me have to work 20 times harder.”

In South Dakota, which legalized marijuana last week, weed arrests have increased significantly since 2007, and the racial disparities for Indigenous people are especially stark. Native Americans are 10 percent of the state population, but were nearly 20 percent of marijuana possession arrests in 2018. They are nearly a third of the state prison population.

Campaign organizers for decriminalization say they’ll have to stay vigilant against the over-policing of communities of color. “The reality is that systems of oppression always find different ways of incarcerating Black and Brown folks,” said Kayse Jama, executive director of Unite Oregon, a social justice organization. “I think [the new law] is a good step forward; it’s one tool we want to remove from their toolbox. But we also understand that [law enforcement] will continue to target our community.”

Jama also noted the importance of decriminalization for immigrants, who will be less likely to face deportation or other federal immigration consequences over state-level drug crimes. So far in fiscal year 2020, more than 600 people have been deported from the U.S. whose most serious conviction was marijuana possession.

There’s also the question of whether Black communities can profit from the cannabis industry in states legalizing for the first time. Many states prohibit people with felony convictions from working for or owning dispensaries—convictions that are disproportionately saddled on people of color.

Crucial to undoing this dynamic is ensuring that people who have already been prosecuted for marijuana can be released from jail or expunge their record. While expungement was not part of the initial ballot proposal in South Dakota, Melissa Mentele, executive director of New Approach South Dakota, said her group would push for such a policy through the state legislature.

“Expungement is everything,” Mentele said. “It’s not just passing a law—you have people’s lives in your hands.”

Organizers in Oregon also said they planned on addressing expungement and sentencing reductions in the upcoming legislative session. At least 15 states have passed laws making it easier to wipe marijuana-related crimes from people’s records.

Applying the new law retroactively could be especially significant in New Jersey, which has some of the highest arrest rates for marijiuana—locking up an average of more than 600 people every week in 2019 for pot sales and possession.

But in a state where the economic impact of a new legal weed industry could be as high as $6 billion, it has been a challenge to put racial justice at the center of the conversation when some supporters of legalization see it as either a new business opportunity or tax revenue generator.

“In 2014, we saw a version of a bill come through that didn’t even have the word expungement in it,” said Amol Sinha, the campaign chairman of NJ CAN 2020, which backed the new measure, and the executive director of the American Civil Liberties Union of New Jersey.

After a 2019 bill failed to pass the New Jersey state Senate, the question to amend the constitution and legalize weed was passed to the voters. The ACLU led the campaign for the ballot measure, spending more than $300,000. “It was a huge, strategic investment,” said Sinha. “We led with racial justice every step of the way... And that is what resonated with voters.”

Now it’s up to legislators to write the law, and it remains to be seen how much of the racial equity message will be baked into the new legislation. But Assemblyman Jamel Holley of District 20, a Democrat who was instrumental in writing the old marijuana bill and is helping shepherd the new one, said he is committed to delivering upon the demands of the voters.

“[We can’t] have big conglomerates take over this [marijuana] industry, but at the same time have individuals who look like me have a record and can’t get a job or housing,” said Holley, who is Black. “My sole focus is that we repair the harms of the past.”

Before the ballot measure had even passed, Holley called for the state to immediately dismiss all marijuana-related court cases, suspend all marijuana arrests, and implement an expedited expungement process.

These kinds of actions illustrate that politicians are catching up to voters in seeing legalization as a racial justice issue, not just a revenue question, said Alex Vitale, author of “The End of Policing” and a sociology professor at Brooklyn College.

“One thing we’ve seen from the measures that have passed and the exit polling data is that the electorate is more progressive than the candidates,” Vitale said. “The American public seems very open to a total rethink on the drug war and economic justice.”

Wilbert L. Cooper is a Cleveland-based staff writer for the Marshall Project. Previously, he worked at VICE Media where he was a senior editor, writer and on-camera correspondent for the Vice TV network and the Vice on HBO show. He’s also contributed writing to publishers like the New York Times, the Wall Street Journal, the Fader, and the Guardian. His feature-length documentary "The Cleveland Strangler" was nominated for an Ellie Award in 2016. He was also named one of the Most Stylish Men in Media by Complex magazine, and one of the 40 Powerful Black Media Stars Under 40 by Rolling Out magazine.