Does Banning People With Felonies From Dating Apps Actually Make Anyone Safer?

“It’s using the justice system as a barometer of someone’s worth.” 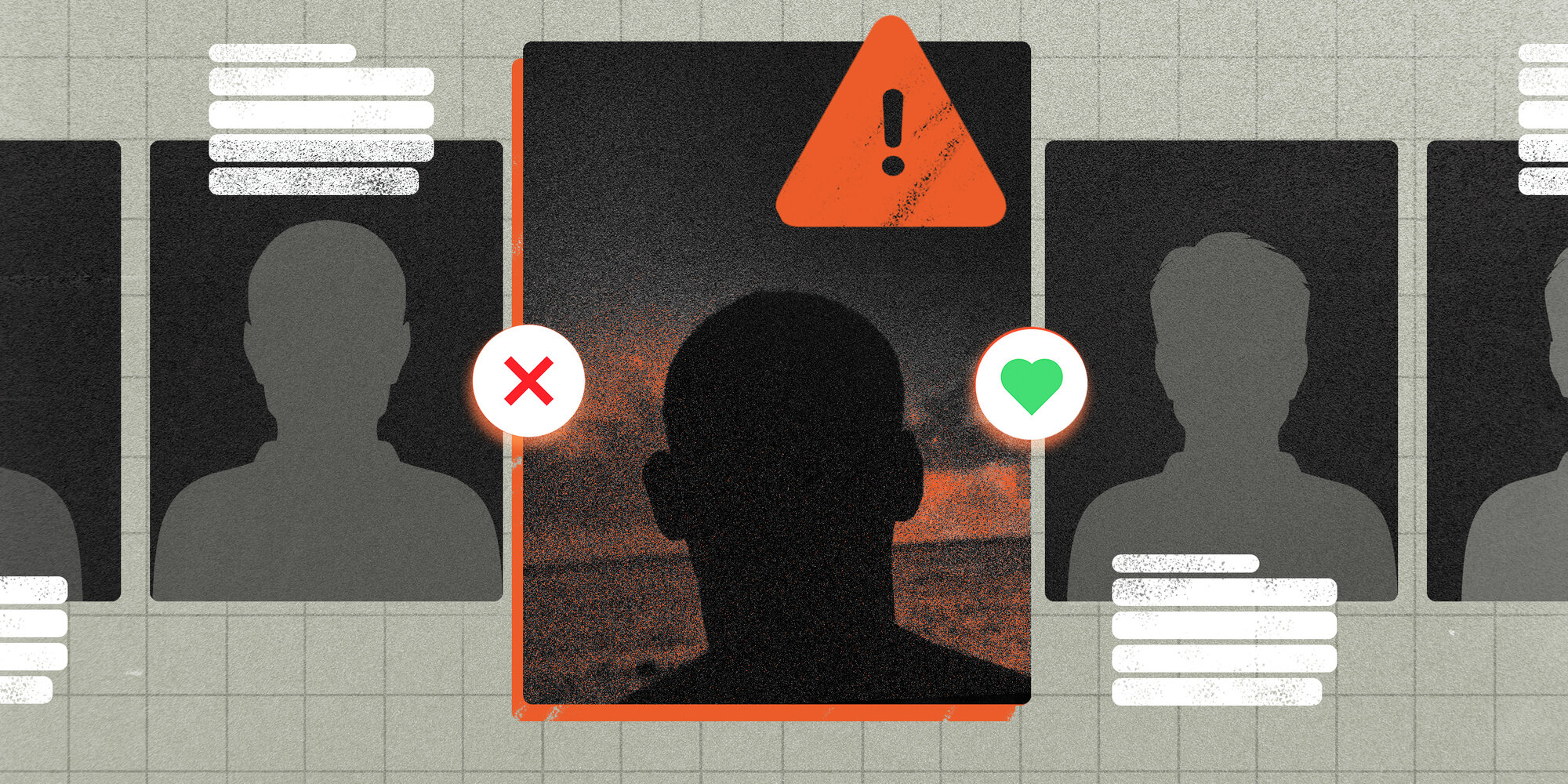 Jason Hernandez got out of prison in 2015 and started making up for lost time. He’d done nearly 18 years on federal drug conspiracy charges, and only escaped life behind bars because then-President Barack Obama granted him clemency. He settled down near Dallas, began volunteering in schools, visited the White House and wrote a book.

Then he decided to start dating, so he downloaded Tinder. He was open about his past, and at first, it was fine. But a couple months ago, he got a notification: “Your account has been banned.”

Although he can’t prove the reason why, he’s been booted from half a dozen other apps with similar prohibitions tucked into their terms of service: People with felonies — anything from a $10 drug conviction to capital murder — are banned for life. These policies aren’t new, but their enforcement has been haphazard.

That could change. Match Group, which owns Tinder and a host of other dating sites, plans to launch a feature allowing daters to run background checks on potential matches. The company says its efforts are aimed at keeping users safe. But civil rights advocates say the record checks extend an unfair practice of imposing “collateral consequences” long after people have finished their sentences, and will disproportionately affect people of color without actually improving safety.

“Meeting strangers can be risky, and I worry that this approach will mislead people into thinking they’re safe,” said Sarah Lageson, a Rutgers University sociologist who studies the growing use of online criminal records. “It’s using the justice system as a barometer of someone’s worth.” 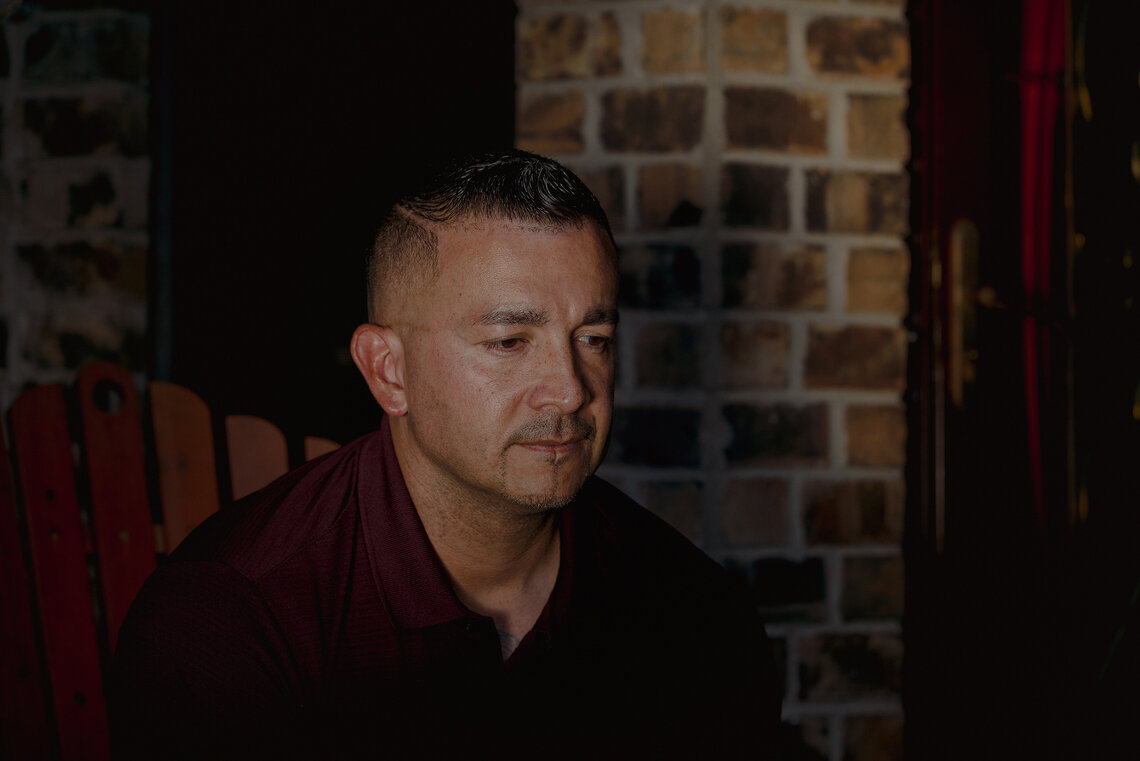 Jason Hernandez was granted clemency after 18 years in prison on federal drug charges. After his release, he decided to start dating and joined Tinder. Though he can't prove the reason, he was banned from Tinder.

Zerb Mellish for The Marshall Project

Match Group wouldn’t say when or why the company created its ban, but a spokeswoman said Match would “continue to develop and evolve” its policies. “We understand and share the concerns raised about the impact our policies have on people who have been incarcerated, many of whom are victims of the inequities of the criminal justice system,” she said.

The practice of banning people from certain rights or activities because of a criminal conviction was once known as civil death. People who were convicted of felonies lost all property and rights before the usual punishment: execution. Now, the collateral consequences of a conviction typically last far longer than any court’s sentence.

In some states, people with felonies cannot serve on juries or buy pepper spray, and can be disqualified from getting an electrician license or fostering kids. Employers often exclude applicants with criminal backgrounds, some schools won’t admit students with felonies, and many apartments ban people with misdemeanors.

As someone with a criminal history, these are problems I understand. More than a decade ago, I was arrested in upstate New York with 6 ounces of heroin and sentenced to 2 1/2 years in prison. Afterward, I stopped doing drugs, finished college and became a journalist.

I am White and grew up in the suburbs, but even for someone with such privilege, collateral consequences are everywhere — and they make it harder to reintegrate into the community. In the past decade, I’ve been turned down for jobs, rejected from volunteering at an animal shelter and told I don’t qualify for more apartments than I can count. When I was looking for a new place during the pandemic, I found that people cared far more about my decade-old drug conviction than about whether I took Covid-19 seriously. Hundreds of apartment listings barred people convicted of felonies, but I only saw one that mentioned pandemic safety.

Whether they’re tucked into terms of service or hidden in unspoken biases, collateral consequences have an outsize impact on communities of color.

“Even though only 8% of the population has a felony record, 33% of Black men have felony records, so any ban on people with felony records disproportionately affects Black communities,” said Amreeta Mathai, an American Civil Liberties Union lawyer who’s pushing the rental app Airbnb to stop banning people with “serious” felonies from using the service. (Airbnb did not offer a comment, but referred me to the company’s online policy.)

Most major dating apps ask users to verify that they haven’t been convicted of felonies when they sign up — but that language is easy to miss in the terms of service, and it’s on an honor system. Generally, it only comes up if another user makes a report. The policies don’t provide exceptions for nonviolent crimes, and the ban never expires.

When I started contacting the companies to ask about their policies, eHarmony said no one had time to comment, while Coffee Meets Bagel and Zoosk didn’t respond. (All three companies ban people convicted of felonies.) Bumble — which does not explicitly ban people with felonies but booted Hernandez anyway — asked to set up a call, then stopped responding. Facebook Dating and Grindr, which don’t have bans, didn’t respond on the record. A representative for Meet Group said that only two of the company’s apps — Skout and GROWLr — have a ban, based on policies it inherited when it acquired those apps. The representative said Meet Group would reconsider that part of the policy.

Match Group came under scrutiny after a 2019 ProPublica investigation found registered sex offenders on the company’s free apps, which include Tinder, Plenty of Fish and OKCupid. That’s because the company only did the pricey background checks needed to enforce the felony ban on its paid site, Match.com.

After implementing new safety measures last year, in March the company announced its investment in Garbo, a nonprofit aiming to create more accessible background checks, focused on preventing dating violence. When Garbo’s app launches later this year, users will be able to pay what the organization describes as a small fee, enter a first name and a phone number and in a few minutes get a stranger’s criminal record, or at least part of it. (A Match Group representative said any money collected will go to Garbo; Match won’t receive any profits.)

“We realized that the opportunity to build an equitable background check existed with the focus on reporting violence,” founder Kathryn Kosmides said. “We make the effort to filter out drug possession, loitering, things like that.” 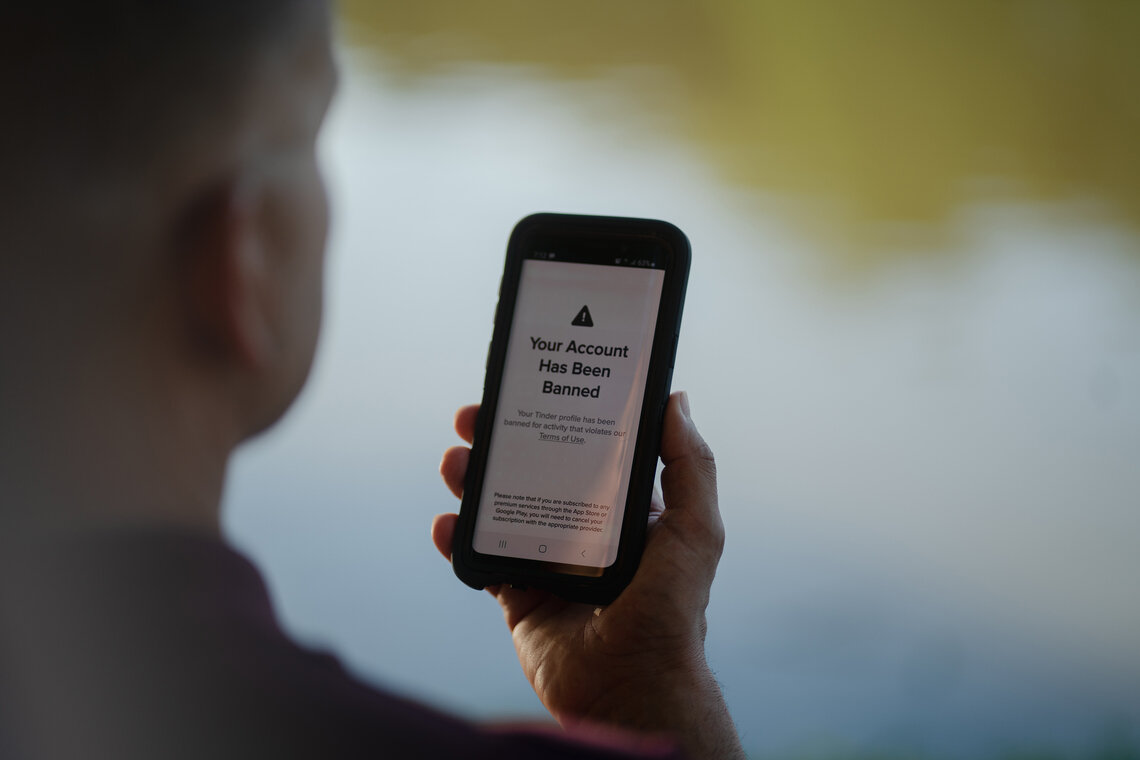 Tinder never told Hernandez why he was banned from the Tinder app, but the company's policy bans people with felonies — anything from a $10 drug conviction to capital murder.

Zerb Mellish for The Marshall Project

But Garbo will also provide access to arrests and cases that never resulted in convictions. Pointing out that many abusers aren’t convicted as often as they’re accused, Kosmides said those records will help people make more informed decisions. Someday she hopes to expand the service to vet passengers on ride-share apps like Uber and Lyft.

Legal experts say that relying on arrests and dismissed cases undermines the presumption of innocence and won’t necessarily improve safety. And they note that while some dating app users may feel safer if people who committed certain crimes are filtered out of an app, prior convictions may not be an indication of danger.

The felony bans also have not stopped complaints of sexual violence linked to dating apps. A recent ProPublica investigation based on interviews with more than 50 current and former dating company employees found that they lacked clear policies to prevent and respond to alleged assaults.

“You could have someone with an old drug conviction, and how is it keeping anyone safer to ban them?” said Jenny Roberts, a law professor at American University who studies collateral consequences. “But a current drug user in a nice neighborhood that police aren’t policing, they’re allowed on that website. It creates a false sense of security.”

Instead, experts said improved dating app safety could come from better identity verification practices. And helping people who are seeking long-term relationships could make everyone safer.

“The things that make us safer are things like having a stable family, getting married, being able to buy a house — participating in all these social institutions that have been around for a long time helps make sure the crime rate doesn’t go up,” said Lageson, the Rutgers sociologist. “So if you’re worried about public safety, the best thing you can do is bring people into relationships.”

Though Hernandez, the former prisoner, can’t prove that he got booted because of his felony, he says it was the only way his account violated the terms of service. “How can you hold something against me that I did in 1993?”

He’s hoping that the companies will reconsider their policies. But for now, he’s doing his online dating on Facebook.