Criminal charges against paramedics in Elijah McClain’s death raise questions about when emergency medical responders should be held accountable for fatalities in police custody. 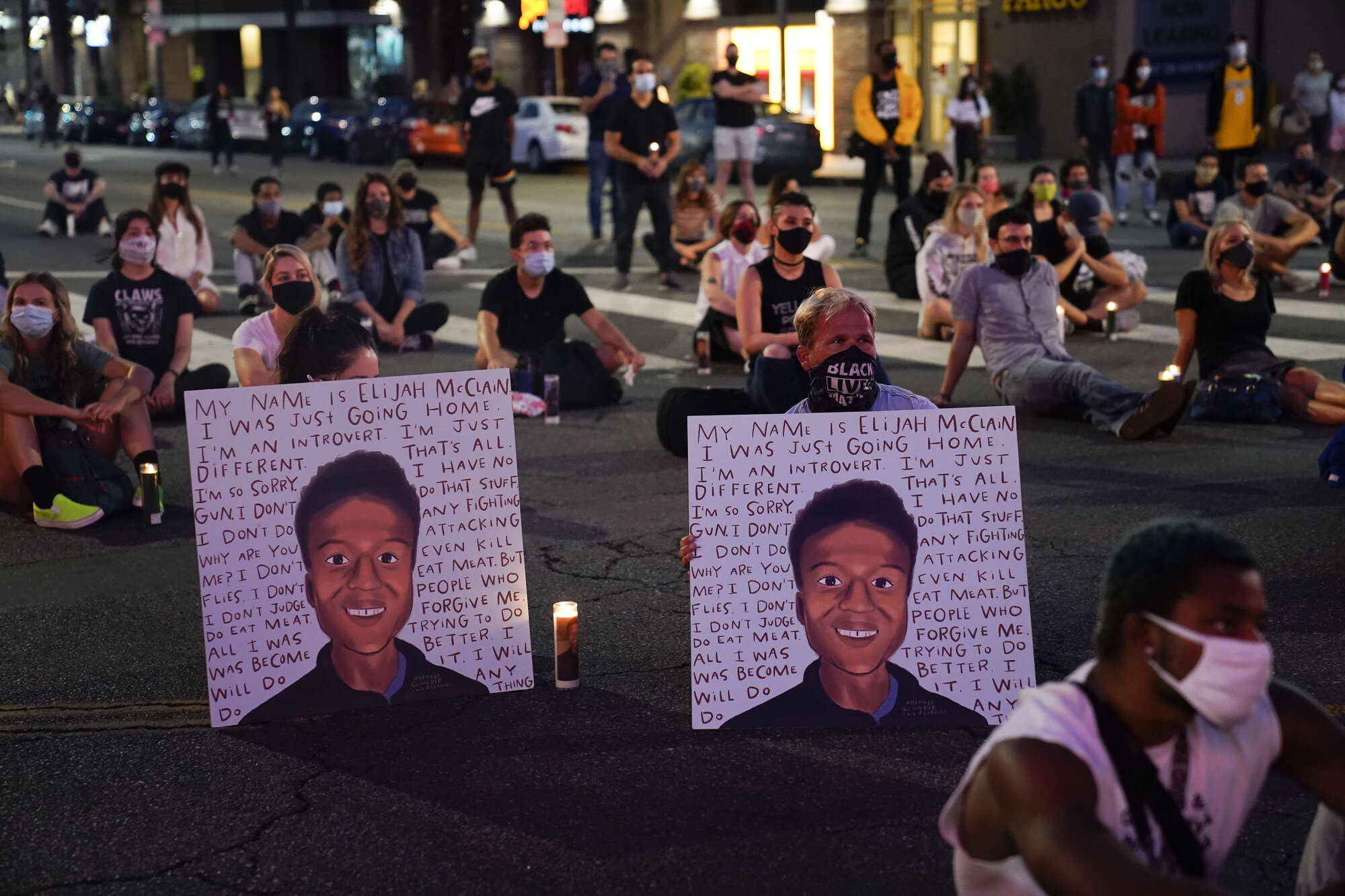 Protests and vigils were held nationwide in 2020 for Elijah McClain, who died after paramedics injected him with the sedative ketamine during an encounter with police. Jae C. Hong/Associated Press
By Beth Schwartzapfel and Cary Aspinwall

When paramedics arrived at the jail in Westland, Michigan, in December 2017 to find William Marshall convulsing on the floor, they didn’t take his vital signs. They didn’t transport him to the hospital. They left him there. Less than four hours later, Marshall was dead of a cocaine overdose. Their actions clearly didn’t meet the basic standards of care for their profession. But were they criminal?

The Wayne County Prosecutor believed so, charging the paramedics and the sergeant in charge of the jail with manslaughter and misconduct in office. The sergeant was acquitted at trial. One of the paramedics pleaded guilty to a misdemeanor, and the other faces a retrial after an initial trial ended with a hung jury.

This article was published in partnership with USA Today.

It's rare for police officers to face civil, criminal or professional consequences after fatal confrontations. It's rarer still — almost unheard of — for emergency medical providers, who are often called by police after an encounter turns physical.

But just this month, paramedics in two states were hit with criminal charges and disciplinary actions stemming from their role in deadly police encounters. In Colorado, a state grand jury brought charges against two paramedics and three police officers in the 2019 death of Elijah McClain, a massage therapist killed while walking home from a convenience store. And in Dallas, five years after the death of Tony Timpa, a man in the midst of a mental health crisis, the paramedics who stood by as officers pinned him to the ground were disciplined by a state licensing board.

To be sure, hundreds of thousands of emergency medical responders save lives and work with police to keep people safe every day. But the cases in Colorado, Texas and Michigan shed light on how medical professionals who contribute to deaths in police custody can be held accountable under the law. In all these cases, the paramedics did not intervene when a patient they were called to help was clearly in grave danger. In Colorado and Texas, they also injected the person with a sedative — sometimes called a “chemical restraint” — under dangerous circumstances when he was already handcuffed.

Experts say there is a gray area where poor job performance rises to the level of a crime. “At the heart of it, that is what we call medical malpractice or negligence,” said Douglas Wolfberg, an attorney with the law firm Page, Wolfberg & Wirth, which provides legal services to EMTs. “To turn that into an intentional act or crime — it’s a prosecutorial overreach. It’s virtually without precedent.”

Charging the paramedics in these cases was certainly unusual, said Joan H. Krause, a law professor at the University of North Carolina. That speaks to the mounting sense of anger about deaths in police custody, which haven’t seemed to slow despite some high-profile police prosecutions. “Whenever you see the law used in a very unusual way, it’s usually very clearly responding to a great deal of frustration,” Krause said. “Often it’s responsive to this sense that nothing else is really working.” 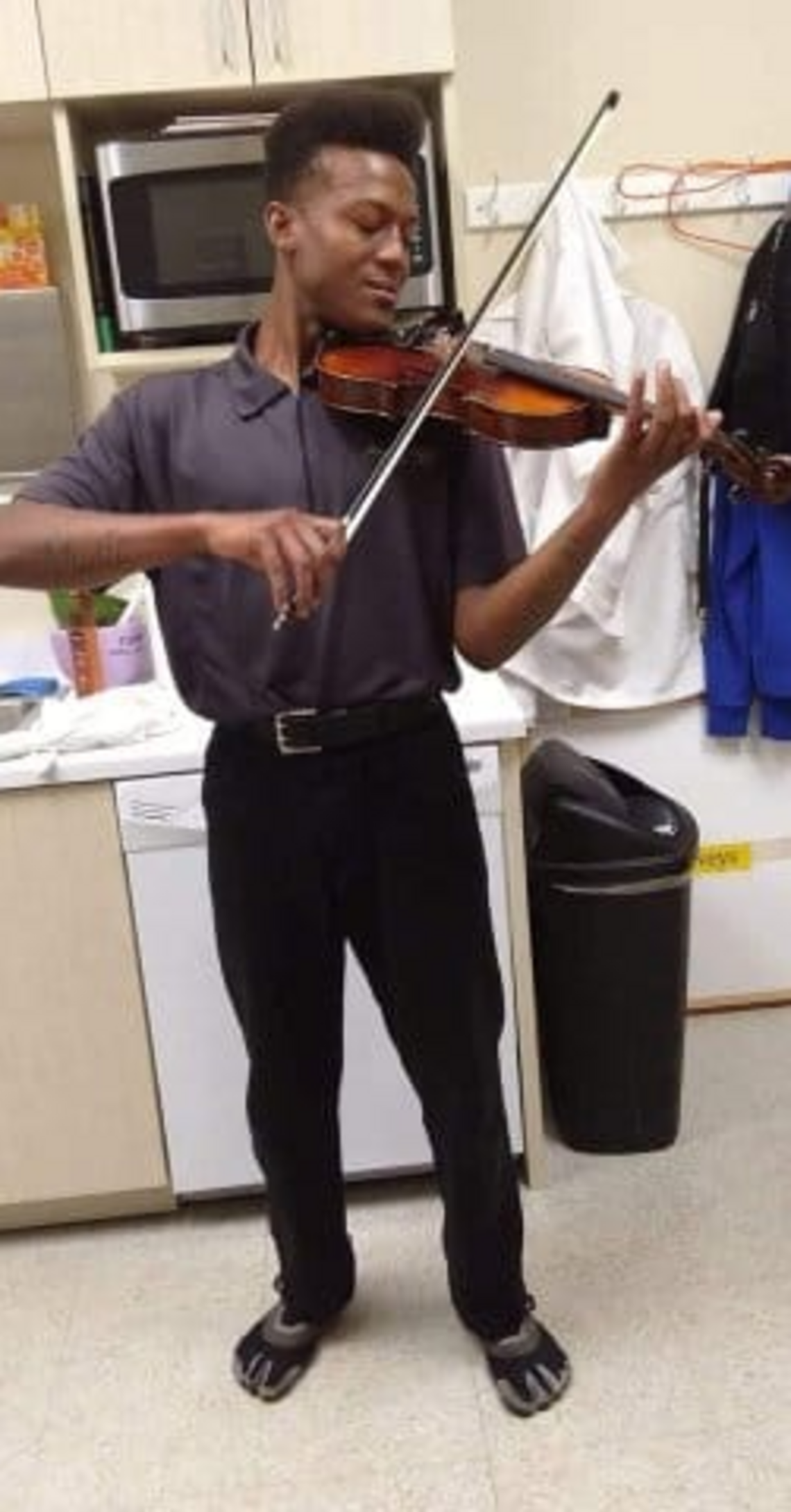 In the case of Elijah McClain, the 23-year-old was walking home with a bag of iced tea when someone called 911 to report that he was acting strangely. A police stop quickly turned violent, and city paramedics arrived after police officers had twisted his arm, pinned him to the ground and choked him unconscious. Paramedics Jeremy Cooper and Peter Cichuniec then injected McClain with the sedative ketamine — far too much for his body weight, the indictment says — without checking his vital signs, clearing his airway, or attempting to talk to him.

To prove criminal negligence to a jury, “you’re not looking for just that deviation from what we would normally expect. You egregiously violated the standards. And you’re going to have to prove it beyond a reasonable doubt,” said Krause, the law professor. “It’s a lot to convince a prosecutor to take this on.”

The laws governing both crimes and civil claims vary from state to state, but generally, the standard in civil court — a “preponderance of the evidence,” usually interpreted as “more likely than not” — is easier to meet than the “beyond a reasonable doubt” standard in criminal court.

That’s why prosecutions of healthcare providers are extremely rare, and are typically limited to extreme cases, like the Massachusetts nurse known as the “Angel of Death.” In 2001, the nurse got a life sentence after she intentionally injected patients with fatal doses of epinephrine (also known as adrenaline). EMT prosecutions have been limited to staff who steal medication or outright assault patients, or deadly ambulance crashes resulting from reckless driving, Wolfberg said.

In the McClain case, until earlier this month, both Cooper and Cichuniec were still licensed as paramedics in Colorado and were still working for the city of Aurora, a spokesman for the city confirmed.

It shouldn’t have taken criminal charges for the board to get involved in this case, said Corey Davis, an attorney with the Network for Public Health Law, a public health policy nonprofit. “That’s the non-criminal justice system check on licensed professionals,” he said. “The licensing board is supposedly there to protect the public and make sure this kind of thing doesn’t happen.”

Peter Myers, spokesman for the Health Facilities and Emergency Medical Services Division of the Colorado Department of Public Health and Environment, did not return phone calls and emails from The Marshall Project seeking information about the state’s decertification process for EMS providers. But about two weeks after the indictments, the paramedics’ status was updated to “suspended'' on the state’s online database.

A civil suit filed by McClain's family last year against several first responders involved that night, including the paramedics, is ongoing. It alleges the paramedics acted “intentionally and recklessly reported false observations in order to claim that Elijah suffered from excited delirium.”

The controversial diagnosis of excited delirium, the stated basis of the paramedics’ decision to inject McClain with ketamine, often appears in police narratives of deaths in police custody. “It’s a well-trod path to trying to deny accountability for using medication as a weapon,” said Mari Newman, a lawyer who represents McClain's father in the lawsuit.

In a similar case in Dallas, the paramedics never faced criminal charges, but were eventually professionally sanctioned. In 2016, Tony Timpa pleaded for his life while officers pinned his chest to the ground in a parking lot. The city withheld officers’ body camera footage for years, but when finally released, it showed officers mocking Timpa as he fell unconscious. A Dallas Fire and Rescue paramedic injected him with the sedative Versed, then stood by with a colleague as Timpa died. 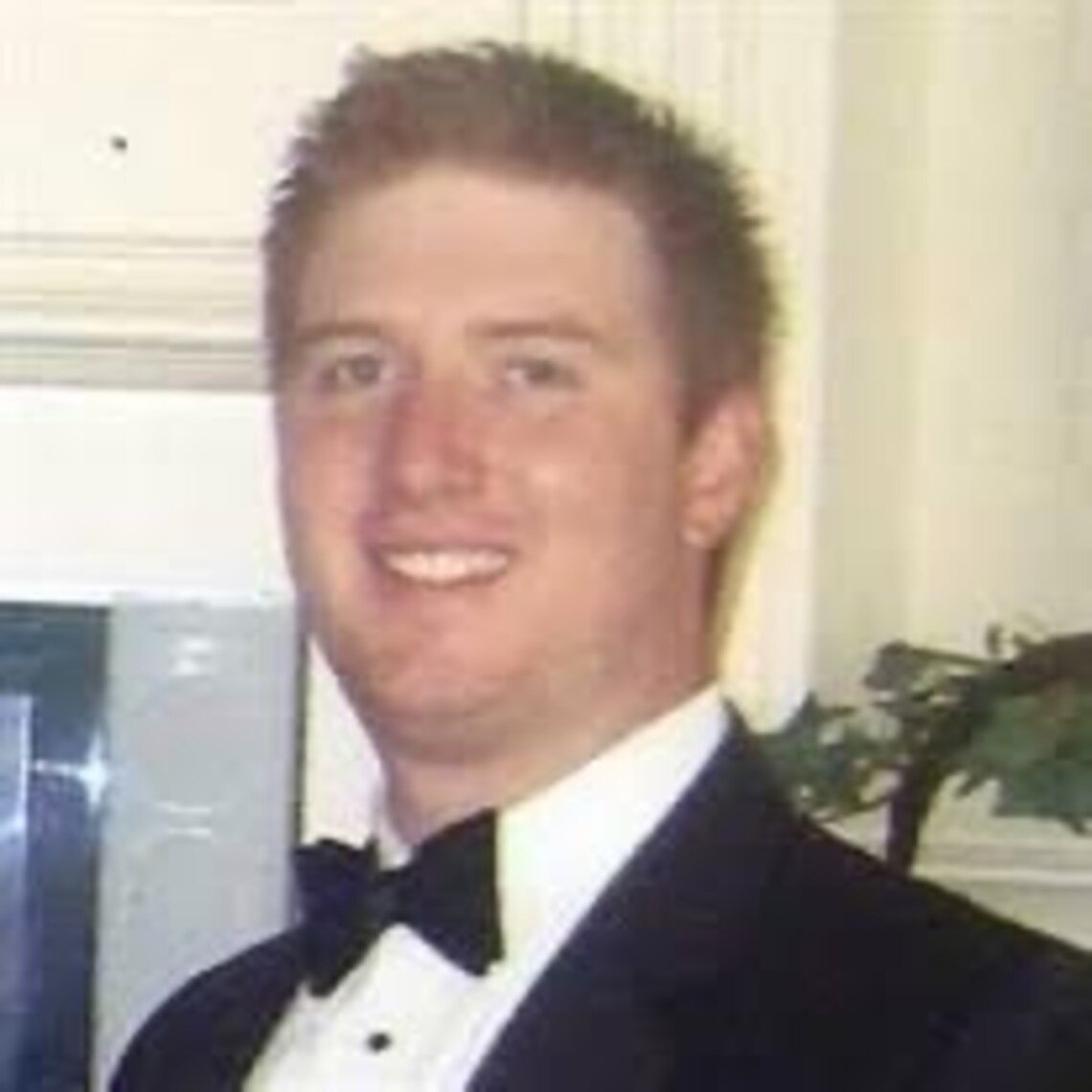 A grand jury indicted three of the police officers involved in Timpa’s death on charges of misdemeanor deadly conduct, but the Dallas County District Attorney, John Cruezot, dropped the charges after he took office in 2019. Because grand jury proceedings are secret in Texas, it’s not known whether criminal charges were considered for the paramedics.

Tony Timpa, who was off his mental health medication, initially called 911 saying he was afraid and needed help in 2016. He was pinned to the ground by Dallas police officers and fell unconscious before dying. Police body camera footage courtesy of Attorney Geoff Henley

A spokeswoman for the district attorney said he stands by his decision to drop the criminal case against those officers.

Five years after the incident, two of the medics, Curtis Burnley and James Flores, the one who injected Timpa with the sedative, were disciplined by a state board. Earlier this year, both men were put on two-year probation for failing to intervene after Timpa became unconscious and for falsifying his patient care report, according to records.

But so far justice in a civil suit has eluded the family: A federal judge in Dallas granted the police officers legal protection for their actions under the doctrine of qualified immunity, a decision the Timpas have appealed to the U.S. Fifth Circuit Court.

Experts say EMTs’ loyalties can blur during police calls, when they rely on police for their safety, and getting along is essential. “You can come to see police as fellow travelers,” said Davis, the public health attorney who is himself a licensed EMT. “You get called to the same scenes, you see the same people. You both work stressful jobs with crappy hours.”

“Ethically, if you want to be an EMS caregiver, you have to be a patient advocate. You’re not an agent of law enforcement,” Wolfberg said. “You’re not there to subdue or control or take down the patient.”

Paramedics deferring to law enforcement may have been what made the 2017 death of William Marshall turn deadly. According to court transcripts, Marshall had swallowed a bag of cocaine while being arrested for drug possession during a traffic stop in Westland, a small city outside Detroit. He had been in the jail for about an hour when he began convulsing on the floor and begging for medical attention. When paramedics arrived, the sergeant in charge of the jail sent them away: He thought Marshall was faking his symptoms, according to court documents. 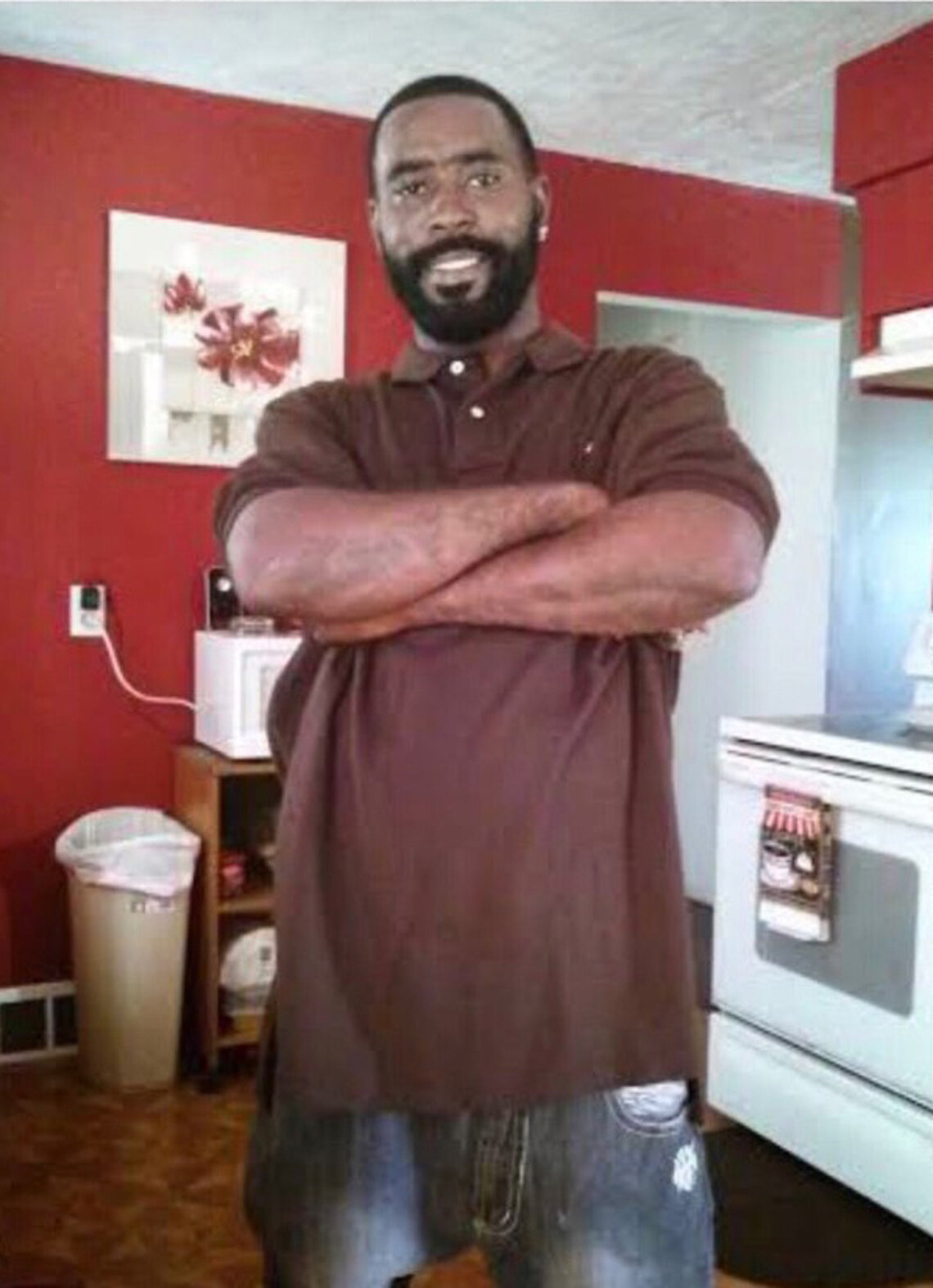 “They should have overrode the sergeant’s decision to say, ‘hey, this guy is sick, we have to take him to the hospital,’” said Karri Mitchell, an attorney for Marshall’s family.

After Marshall died, both the paramedics and the police sergeant in charge of the jail were charged with manslaughter and misconduct in office. The manslaughter charges were later dropped, but prosecutors pressed forward with the misdemeanor misconduct charges.

Through a spokeswoman, Wayne County Prosecutor Kym Worthy declined to comment on the Marshall case.

Marshall’s sister, Chlohe Winfrey, says the misdemeanor charges against the paramedics didn’t feel like enough. “That’s not really too much justice to me,” she said. “I guess some justice is better than no justice at all.”