Could changes in jailers’ attitudes lead to better jail conditions and fewer deaths? 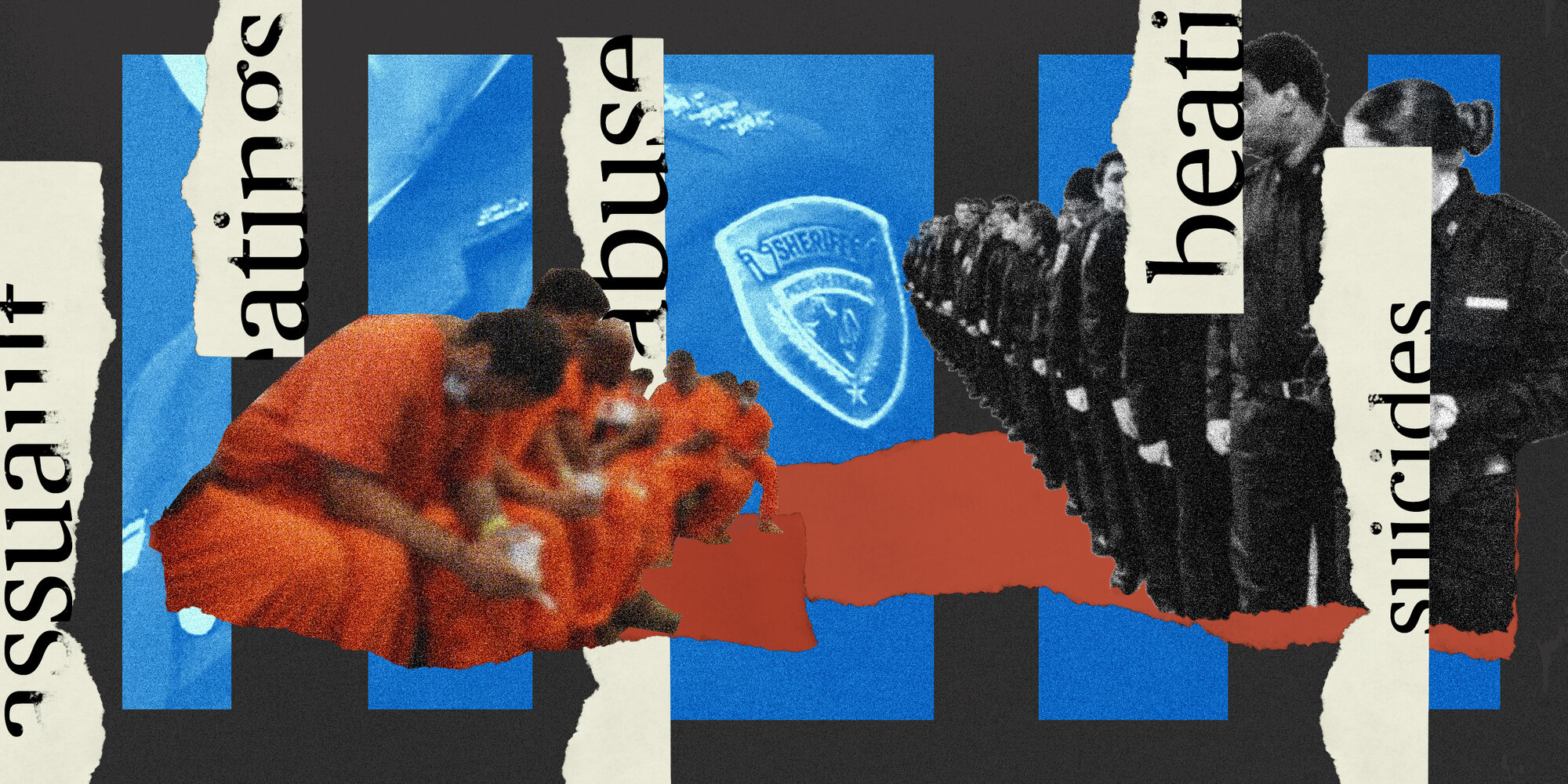 Sheriff Ed Gonzalez inherited a mess at the Harris County Jail when he took office in 2017. The Houston lockup was known for a culture of abuse, with beatings, suicides and sexual assaults.

Still, four years later, in the middle of a historic winter storm and power outage in February, jailers beat detainee Jaquaree Simmons so severely that the 23-year-old died a day later. Three months later, Gonzalez fired or suspended 17 staffers he said took part or helped cover it up. (According to union officials, several have since appealed.)

“We have a duty to protect those in our care, and that didn’t happen that day,” Gonzalez said in May. “It’s not reflective of the remainder of our team members.”

But the fact that so many staffers were accused of participating in the fatal jail incident reflects a widespread problem in corrections: Changing the culture of a prison or jail is hard.

“You can have reformers come in, and they are seeking to turn around a ship and make enormous changes,” said Michele Deitch, a senior lecturer at The University of Texas at Austin. “But those changes don’t happen overnight, and cultural shifts take time.”

While there are plenty of studies on deaths in custody, there’s far less research on identifying and fixing the troubled cultures that can lead to them. That's partly because it's tough to capture in numbers the attitudes and actions that add up to daily indignities — and dangers — for people behind bars.

“We should not just be interested in it when something horrible happens — because that can be predicted if we know more,” said Alison Liebling, a University of Cambridge professor who studies prison culture.

Before I became a reporter, I saw the stark difference between jail cultures up close: After I got arrested in 2010 on a drug charge, I was sent to the jail in Ithaca, New York. It was a small lockup, and a lot of the time there were more people than cells, so some of us would get sent to nearby counties with extra jail space.

The neighboring counties were similar in some ways — small, rural lockups only an hour or two apart. But we all dreaded getting shipped off, partly because the jails that usually had space seemed so much harsher. Guards yelled more, lobbed snarky insults and seemed overeager to dole out disciplinary infractions. In one county, you had to spend the first two weeks in solitary confinement, and something as trivial as having an extra sweatshirt could send you back for days.

We were not surprised when, in 2012, the Binghamton Press & Sun-Bulletin published video of a lieutenant in that same jail brutally beating a man handcuffed to a booking room bench. The lieutenant was named the state’s Corrections Officer of the Year the next day, but he later resigned, apologized and was sentenced to federal prison. It’s not clear whether the sheriff commented at the time, and he did not immediately respond to my email this week.

Liebling — who has surveyed hundreds of jail guards and administrators — said one key to preventing abusive culture is paying closer attention to the staff: Do they hate their jobs? Do they feel safe at work? Do they talk about prisoners as humans or objects?

To find out who — other than Gonzalez — is trying to change the culture of jails, I asked accountability experts. They pointed me to county sheriffs who campaigned on progressive promises, like ending jail cooperation with U.S. Immigration and Customs Enforcement, allowing in-person visits and decreasing their own budgets.

“I said, I’ll go in the next 100 days and do simple stuff — like changing the terminology,” he told me. “Instead of ‘inmate,’ change it to ‘resident.’ Instead of ‘jail,’ change it to ‘detention center.’ I made them change every sign.”

McFadden knew he’d also have to take on harder tasks, but he hoped a shift in language could lead to a broader shift in mindset.

A couple hundred miles to the south, Kristin Graziano took over the Charleston County Sheriff’s Office in South Carolina last year after running on a promise of culture change. On her first day in office, jail deputies tased a man named Jamal Sutherland, then kneeled on his back until he died. Starting with small stuff didn’t seem like an option.

Graziano instituted a duty-to-intervene policy and overhauled jailer training. Then, in an effort to win over the rank and file, she started holding regular listening sessions, allowing staff to air candid complaints without their bosses in the room.

“It is building relationships with folks that haven’t had a voice before now,” she told me. “So I haven’t seen the pushback with [jail] staff as much because I’m listening to them.”

Both McFadden and Graziano have instituted a slew of other reforms and are optimistic their plans are working, but it’s probably too early to tell. As Steve Martin — the federally appointed court monitor for the notoriously violent Rikers Island jail in New York — explained: Change comes slowly.

“It’s not just a new director comes in and, boom, he fires everybody,” he said. “But if you can achieve better transparency, then you can bring more factions to bear for change — like oversight committees or even the public.”

Sometimes things come to light through lawsuits — and on Monday, the Harris County Sheriff’s Office was hit with a lawsuit filed by anonymous jail officers, alleging deteriorating conditions and dangerous understaffing. The plaintiffs fault not only the sheriff, but also the five elected officials who control the county’s budget and are accused of failing to fund the jail enough to make it safe.

One of those officials called the lawsuit a “political stunt,” while Gonzalez issued a statement saying the pandemic had put “unyielding and unprecedented” strain on the criminal justice system and that everyone involved agreed the “current trajectory is unsustainable.” But he declined to be interviewed about broader culture issues for this column, citing his pending confirmation as the new head of ICE — an even bigger agency with even more troubled lockups to fix.