They Put Me in Solitary for Drugs I Didn’t Have

Lockups use unreliable tests to claim that lawyers are sending drugs to their clients behind bars. 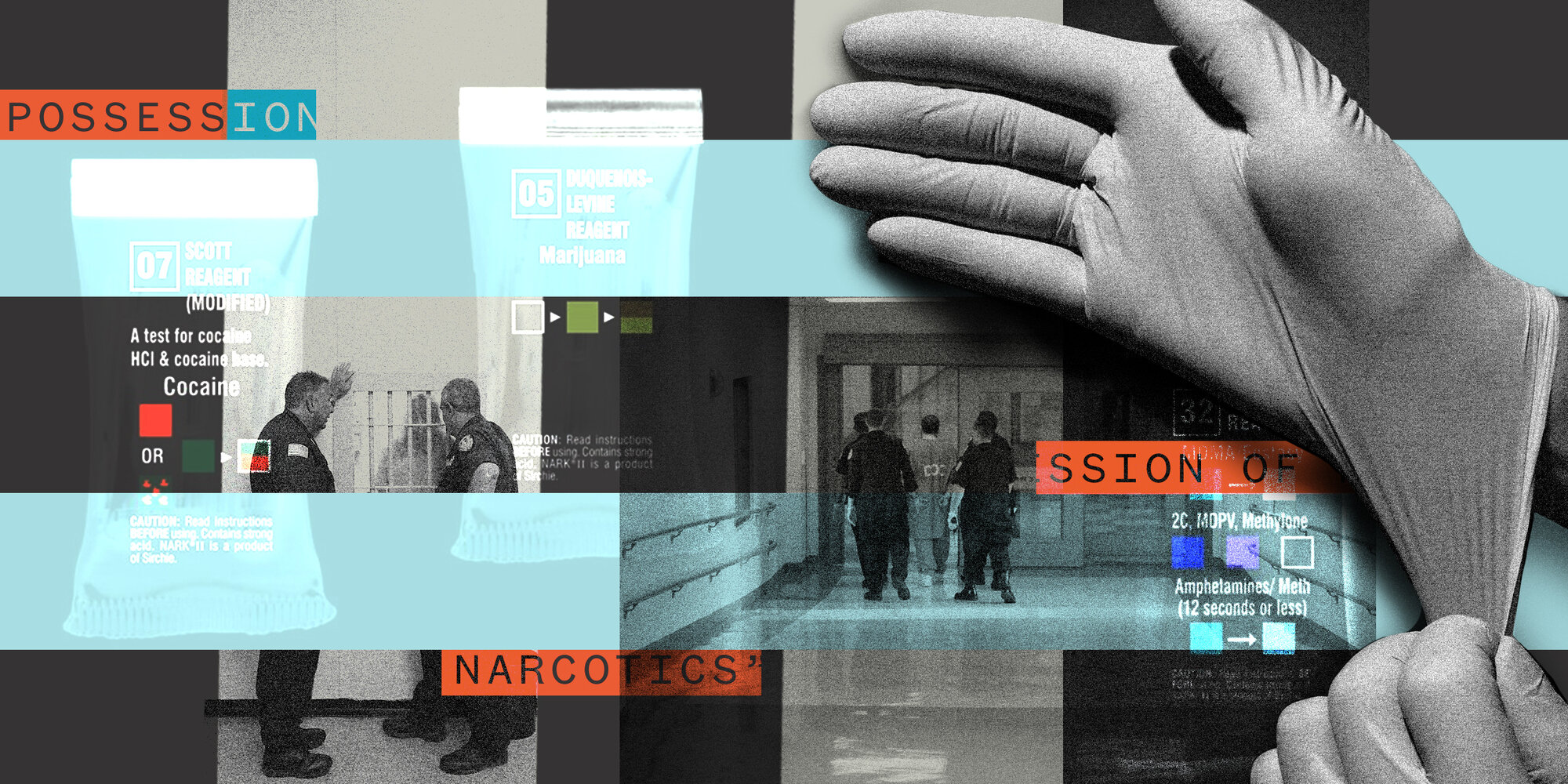 It was just after dinner on a warm summer night in 2011 when the guards stormed our cells. They pulled out one woman — a 20-something who’d been getting pills smuggled in — then came back shouting. They tore through everything we owned, tossing our photos and letters from home all over the floor, like they meant nothing.

I’d been in the Tompkins County Jail on a drug charge for seven months by then, so I’d seen searches before, but this felt different.

The guards crammed us all into a grimy holding cell with one toilet, then came back a few hours later for strip searches. One at a time, we squatted and coughed and lifted our breasts. Just when we thought it was over, one of them returned. He said they’d found powder in my cell, and it tested positive for opiates. I was confused — and terrified.

An angry sergeant showed up to interrogate me, hollering red-faced accusations: “You brought drugs into my jail!”

I told him he was wrong, begged him to drug test me. But he kept shouting, threatening solitary confinement and new charges.

When he finally stopped, the guards moved a few of us into a separate cellblock, where they stormed in for shakedowns several times a day, confiscating more books and clothes and food every time. There were middle-of-the-night interrogations, and so many strip searches we stopped wearing underwear. After someone claimed I was hiding drugs in my hair, they decided it was too messy to search and cut it all off.

Then, they shipped us to another jail and put us in solitary. A few days later, with no further explanation, they started shipping us back and jail life returned to normal.

For a long time afterward, I wondered what had really happened: How did that test of the powder supposedly found in my cell come back positive? It couldn’t have been a lab test, because that would have taken longer — so what type of test was it? Or did the guards make it all up?

I had no good theories until a few years later, when reporters began questioning the reliability of low-cost field tests, the roadside kits police officers use when they think they’ve found drugs in someone’s car.

The kits seem simple — mix a chemical or two with the suspicious substance and see what color it turns. But the tests are imprecise and prone to user error, so they can flag everything from doughnut glaze to motor oil as illegal substances. They’ve generated so many wrongful convictions that some courts refuse to allow them as evidence. Even so, many prison systems still rely on them to punish people for drugs they don’t have.

That’s the basis for a lawsuit in Massachusetts, where prisoners say they’re afraid to accept mail from their lawyers because corrections officials keep claiming it’s laced with drugs. For at least three years, the state’s prisons have been using field tests to scan incoming legal letters for the synthetic cannabinoids, commonly known as K2, infiltrating lockups across the country.

Often, the drug either gets into prisons as a liquid smuggled in by staff or on paper dipped in it and then smuggled or mailed into a facility, where it can be smoked. In some prison systems, there’s so much of it that people in custody have begun overdosing on a regular basis — and officials have turned to field tests.

“When used to test for drugs sprayed on paper (such as legal mail), these tests are less accurate than witchcraft, phrenology, or simply picking a number out of a hat,” the prisoners’ lawyers wrote in court filings. “Interactions with innocuous chemicals commonly found in paper frequently create false positives — almost 80% of the time, according to one DOC official’s estimate,” the lawyers added, referring to the Massachusetts Department of Correction.

The department did not respond to requests for comment, but is due in court this week for a hearing where the prisoners' legal team will ask for a restraining order banning the corrections department from using field tests.

The test manufacturing company, Sirchie, also did not respond to requests for comment, though its lawyers broadly denied “all of the factual allegations” in one court filing and later argued both that its packaging warns about false positives and that the prison system’s punishment practices are beyond the company’s control.

When the tests show false positives, Massachusetts prisoners get sent to solitary confinement for weeks or months, the lawsuit says. They lose their prison jobs, get kicked out of classes, and forfeit phone and visiting privileges until outside lab tests confirm the obvious: Dozens of defense lawyers have not suddenly begun sending their clients drugs.

While false positives can lead to wrongful arrests in the free world, Ellen Leonida, who’s representing the prisoners in their lawsuit, said the consequences are even harder to correct behind bars because prisoners don’t get the same legal protections as non-prisoners.

“Everyone else gets a lawyer who can go to court and get it thrown out, but people in prison don’t get that due process,” she said. “They just get thrown in solitary.”

Ryan Marino, a toxicology expert with Case Western Reserve University School of Medicine, said the problem isn’t specific to a single manufacturer. It’s the basic chemistry of the tests.

“These tests tend to be overly sensitive, so they pick up anything that could possibly trigger a prompt for additional testing,” he said, adding that they’re handy for figuring out if a drug sample is heroin or if it’s really cocaine, because they can differentiate broad categories of illegal substances.

“But if you’re in a situation where there is no reason to suspect drugs — like in mail — then most of the results you get are going to be false positives.”

That’s why, in 2017 court testimony, a manager at another test-maker warned against concluding that a random powder or paper contains drugs based solely on field test results. There should be other clues, he said, like suspicious behavior, drug packaging and a substance that actually looks like drugs.

That’s also why the Sirchie website warns that its product “only tests for the possible presence of certain chemical compounds. Reactions may occur with, and such compounds can be found in, both legal and illegal products.”

Last year, New York prisons stopped using field tests altogether, while working on a plan to confirm the results with outside labs. In federal lockups, which still use them, prisoners regularly complain about false positives. One federal prisoner, Benjamin Freedland, told me he spent almost five months in solitary after a test detected amphetamines on paperwork sent directly from court.

“There are lots of injustices, but that is really bad,” wrote Freedland, who was released from solitary when he said officials realized their mistake. “Most any federal inmate can tell you a story about someone they know who was falsely accused.”

Last week, a Texas prison spokesman said the agency was not aware of any problems with false positives. Federal prison officials — who declined to comment specifically on Freedland’s case — said they sometimes send suspected drug samples to labs for confirmation.

And even though New York prisons stopped using field tests temporarily, it’s not clear if the county jail where I did time has used them, as the jail captain did not respond to a request for comment. Officials there have never explained what happened, or whether they really believe it was drugs they found in my cell 10 years ago.