They want to know about judges’ track records, legal experience and how they think about rehabilitation vs. prison time. 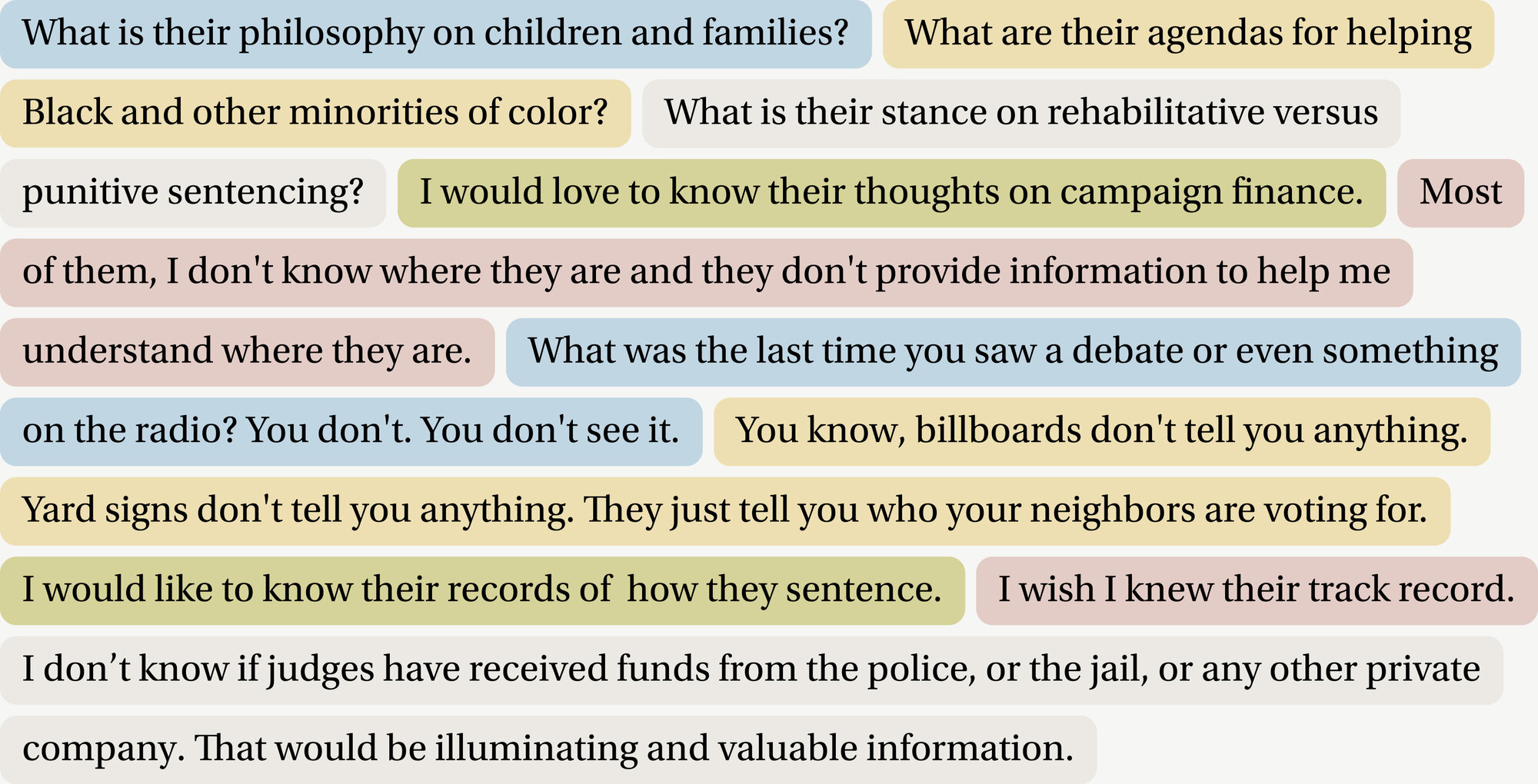 Judges decide the fate of thousands of Clevelanders each year. But in November 2020, during the last presidential election, about a third of Cuyahoga County voters who showed up at the polls skipped voting in races for judges that hear felony cases.

As a result, only about a quarter of the total votes in races for judge that year came from Cleveland residents, even though they face criminal charges at more than four times the rate of people from the suburbs.

Testify is published in partnership with WOVU, Cleveland Documenters, The Cleveland Observer, The Real Deal Press, The Land, Ideastream Public Media and the Cleveland Scene. Learn how you can reprint our stories here.

Voting participation varied widely: Nearly half left judicial races blank on their ballots in several Cleveland precincts, while slightly more than 13% did so in an area of suburban Shaker Heights, according to county voting records analyzed by The Marshall Project.

The reasons that some voters don’t participate range from a deep distrust of the justice system, to simply not having enough information when voting to elect or remove judges.

To learn more from the perspective of residents — some who vote and some who don’t —The Marshall Project collaborated with Cleveland Documenters, who interviewed more than 40 people about where they learn about judicial candidates, whether the information is helpful and what more they’d like to know about them.

Here’s some of what we learned:

What do you wish you knew about judicial candidates before casting your vote for or against them?

If you could ask one question of a person running for judge. What would that question be?

Do you feel like there's enough information available to help you decide which judges to vote for?

Testify is The Marshall Project’s investigation into Cuyahoga County’s Criminal Courts. Learn more about this project and how to contact us directly. Have questions? Attend our office hours on February 3rd or February 8th.