In an age-old battle over local control, some legislators seek to wrest power from prosecutors who aim to curb mass incarceration 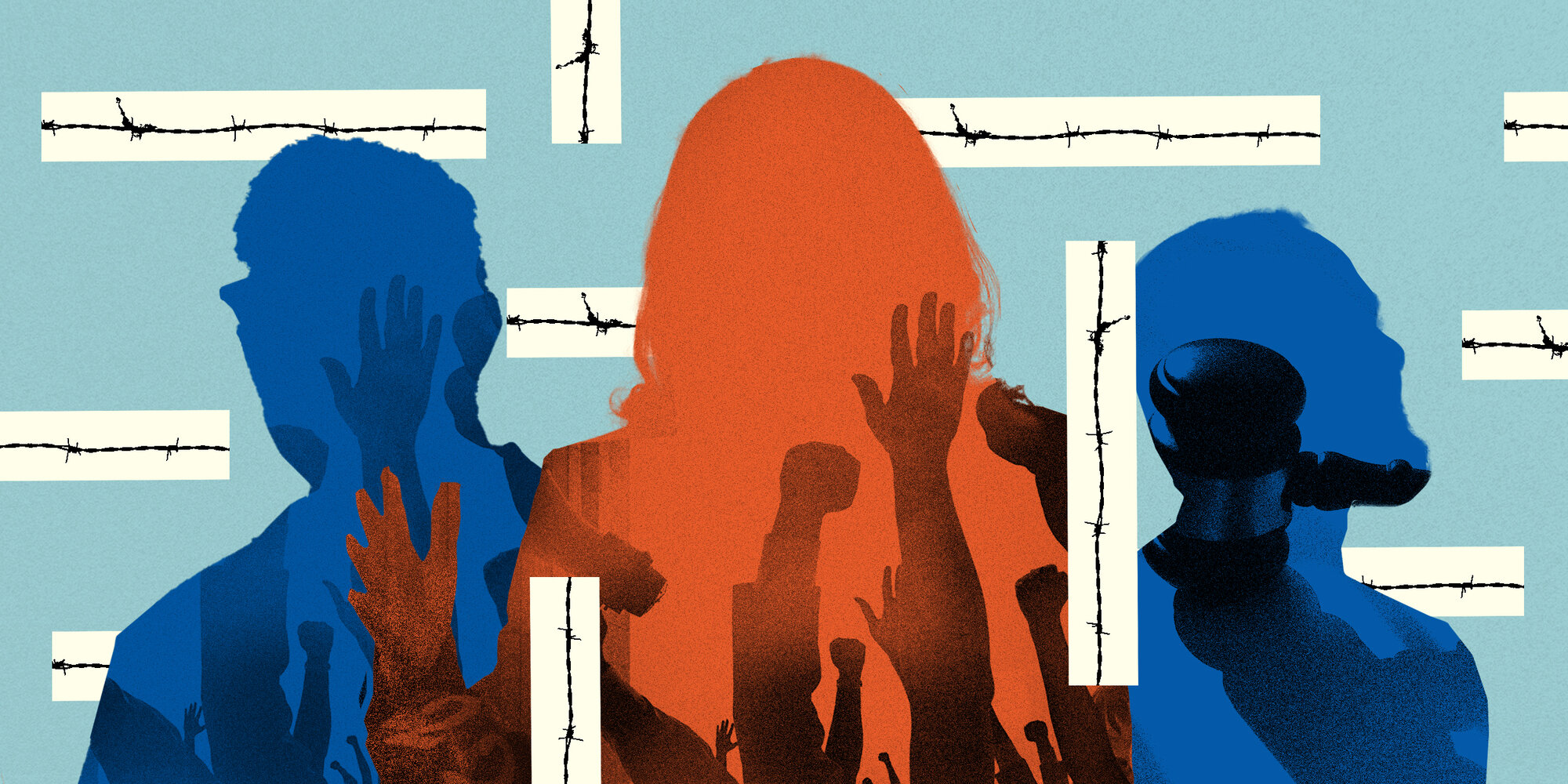 When Deborah Gonzalez campaigned in 2020 to become the first Latina district attorney in Georgia, she wanted to upset the status quo.

“It was a very progressive platform, and I was very vocal about wanting to run to address systemic racism,” she said.

She promised to lock up fewer people and curb low-level drug prosecutions.

But pushback was swift. First, the governor tried to cancel the election. He failed, and she won. Then, conservatives pushed to redraw her two-county district in their favor.

And this year, Republican legislators are backing a bill that could dramatically affect reform-minded prosecutors like Gonzalez across the state. If it passes, the measure would create an appointed oversight committee with the ability to remove state attorneys from office if they won’t prosecute certain crimes — like the small-time drug charges Gonzalez vowed to avoid.

“Prosecutors seeking to reform the system or address racial inequities are being targeted by partisan legislators,” said James Woodall, a public policy associate at the Southern Center for Human Rights. “This bill is an attempt to take away their discretion.”

The fight in Georgia highlights an emerging pattern across the country: Even when progressive prosecutors win voter support, establishment forces sometimes work to curb their power. From Virginia to Missouri to Texas, conservatives have backed bills allowing the state to take over cases local district attorneys choose not to pursue, undermining the ability of elected prosecutors to carry out reforms that led voters to support them in the first place.

Conservatives typically argue that these prosecutors’ less punitive policies are a threat to public safety. In response, progressives like Gonzalez often say that their policies keep people out of jail for small crimes that do not endanger the public, and that some research shows incarceration itself can increase crime.

Experts say it’s a new iteration of an old battle between state and local authority, amplified by the fact that traditionally prosecutors were the establishment forces and now, in some places, they’re not.

When I got arrested on a drug possession charge in late 2010, I didn’t know much about what district attorneys did and probably couldn’t have named a single one besides Jack McCoy from “Law & Order.” I certainly had no clue how much power they had when it came to decisions like which charges to prosecute, and — as importantly — which charges not to.

My first hint was in county jail, where I was thrilled to spot a close friend sitting near me in the visiting room. I knew I was facing prison time and did not expect to see many familiar faces where I was going.

It sounded ridiculous — but he knew more about the system than I did because he’d been in and out of jail before. He explained: If I’d been arrested one county over, where prosecutors were more conservative, they probably would’ve stacked on other charges — such as intent to distribute the drugs — and I’d be looking at a decade or more behind bars. Instead, in deep blue Tompkins County, they’d probably stick with just the one charge, and I’d be looking at a fraction of that time.

My friend was right, and in the end I got sentenced to 2.5 years.

The district attorney whose office prosecuted me in 2011 touted rehabilitation and reform. I never heard her described as a progressive prosecutor at the time; it wasn’t until a few years later that justice reformers started turning their attention to harnessing the power of prosecutors who spoke of reversing mass incarceration, rejecting low-level drug cases, prosecuting police and fighting systemic racism. Reformers won elections from Boston to Philadelphia to Dallas, but they also drew criticism — especially from law enforcement unions and other prosecutors. In 2019, U.S. Attorney General Bill Barr said prosecutors who “style themselves as ‘social justice’ reformers, who spend their time undercutting the police, letting criminals off the hook and refusing to enforce the law” are “demoralizing to law enforcement and dangerous to public safety.”

In some jurisdictions, such criticisms have led to recall efforts — most notably against George Gascón in Los Angeles and Chesa Boudin in San Francisco. (San Francisco is headed for a vote this year, while L.A.’s failed to pass — though Gascón’s opponents are trying again.) Elsewhere, they’ve led to legal efforts to erode prosecutors’ discretion to not press charges and not seek the harshest penalties. 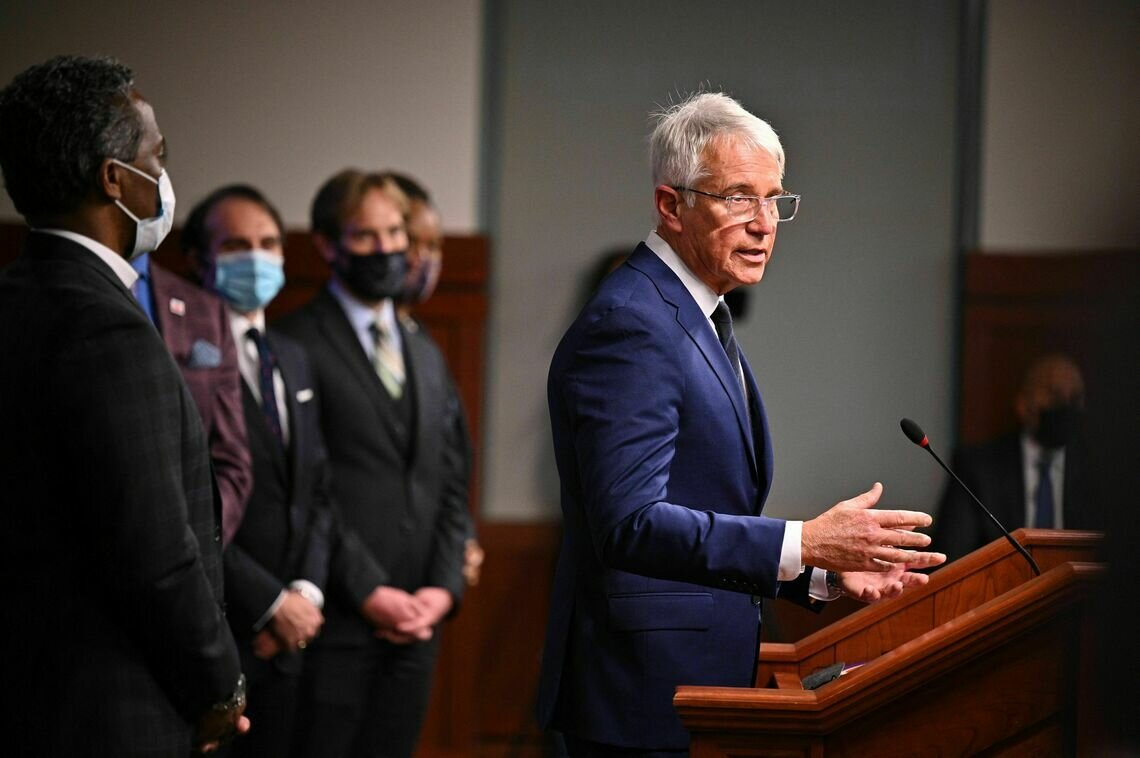 Los Angeles District Attorney George Gascón spoke at a press conference in December 2021, where he was joined by a group of district attorneys from around the country. His opponents are trying to remove him from office through a recall.

One of the first high-profile examples of this was in Florida, after Aramis Ayala won the 2016 race for state’s attorney and announced her office would stop seeking death sentences. Republican Gov. Rick Scott transferred several capital cases to another state’s attorney who supported the death penalty. Ayala sued, but in 2017 the Florida Supreme Court sided with Scott.

Two years later, Pennsylvania legislators undercut Philadelphia District Attorney Larry Krasner with a bill allowing the state attorney general to prosecute gun crimes — only in Philadelphia, and only until the end of Krasner’s first term. After the change sparked fervent pushback, the attorney general vowed he wouldn’t use the new law and would support its repeal.

The following year in Indiana, Ryan Mears became Marion County’s top prosecutor and announced that he would stop pursuing low-level marijuana cases. In response, Republican lawmakers introduced a bill allowing the state to take over cases that locally-elected prosecutors like Mears decide not to pursue across the board, like minor drug crimes. That didn’t pass, but it’s up for consideration again this year.

The proposal in Georgia takes a bolder approach, creating a mechanism to oust reform-minded district attorneys altogether. The measure gained steam after the 2020 murder of Ahmaud Arbery, an unarmed Black man who was killed by three White men while jogging. The way prosecutors handled the case — and the fact that it took three months to pursue charges — helped spark bipartisan interest in improving prosecutorial accountability.

But Democrats worried the proposal could become a political weapon. Though the measure would make it easier to hold prosecutors accountable for misconduct or remove them for incompetence, it would also allow the commission — appointed by the Republican governor and legislative leaders — to oust prosecutors who categorically avoid pursuing certain charges.

“The role of the district attorney is to follow the law and prosecute criminals,” Republican state Rep. Houston Gaines told Flagpole, a local magazine, in December. Gonzalez, he added, is not doing that. “That’s something that I believe the state must look at across the board, and I believe we will, and we will do it very soon, because it is putting communities at risk.”

Gaines didn’t respond to a request for comment, and neither did several of the bill’s sponsors.

They have until the beginning of April to pass the measure. And Gonzalez is concerned.

“There had always been this expectation that DAs were going to be tough on crime,” she said. But DAs have also always had discretion to choose what cases to prosecute and how to charge them.