Crime Stoppers of Houston Has a Tip: Vote Out These Judges 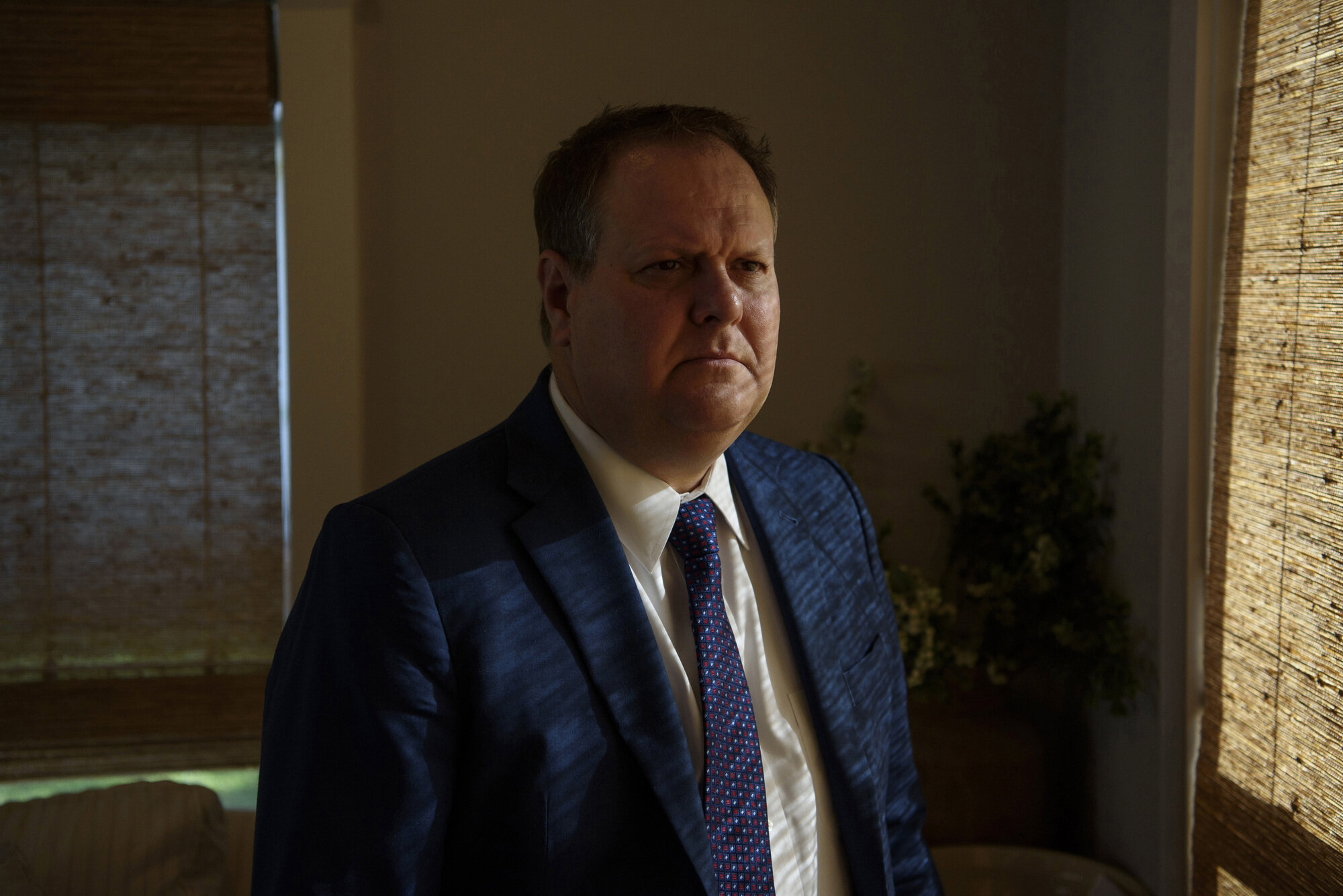 Chris Morton, a Democratic judge in Harris County, Texas, was criticized by Crime Stoppers, a nonprofit organization that has been praising Gov. Greg Abbott, a Republican. Callaghan O’Hare for The New York Times
By David Fahrenthold, The New York Times, and Keri Blakinger, The Marshall Project

HOUSTON — “Anyone with information is urged to call Crime Stoppers at 713-222-TIPS.” That message, along with the promise of a reward, has appeared for decades at the end of news reports about shootings or stabbings or criminal mayhem in the nation’s fourth largest city.

But recently, Crime Stoppers of Houston has been blasting out a different, more political message: Activist judges are letting “dangerous criminals” out of jail to threaten the safety of law-abiding residents. On television, Twitter and videos, the traditionally nonpartisan nonprofit organization has been condemning more than a dozen elected judges — all Democrats, four of whom lost primaries last month — while praising the crime policies of Gov. Greg Abbott, a Republican.

“What we’re seeing is an assault against the community” by the judges, Rania Mankarious, the organization’s chief executive, said this year on a national Fox News broadcast. 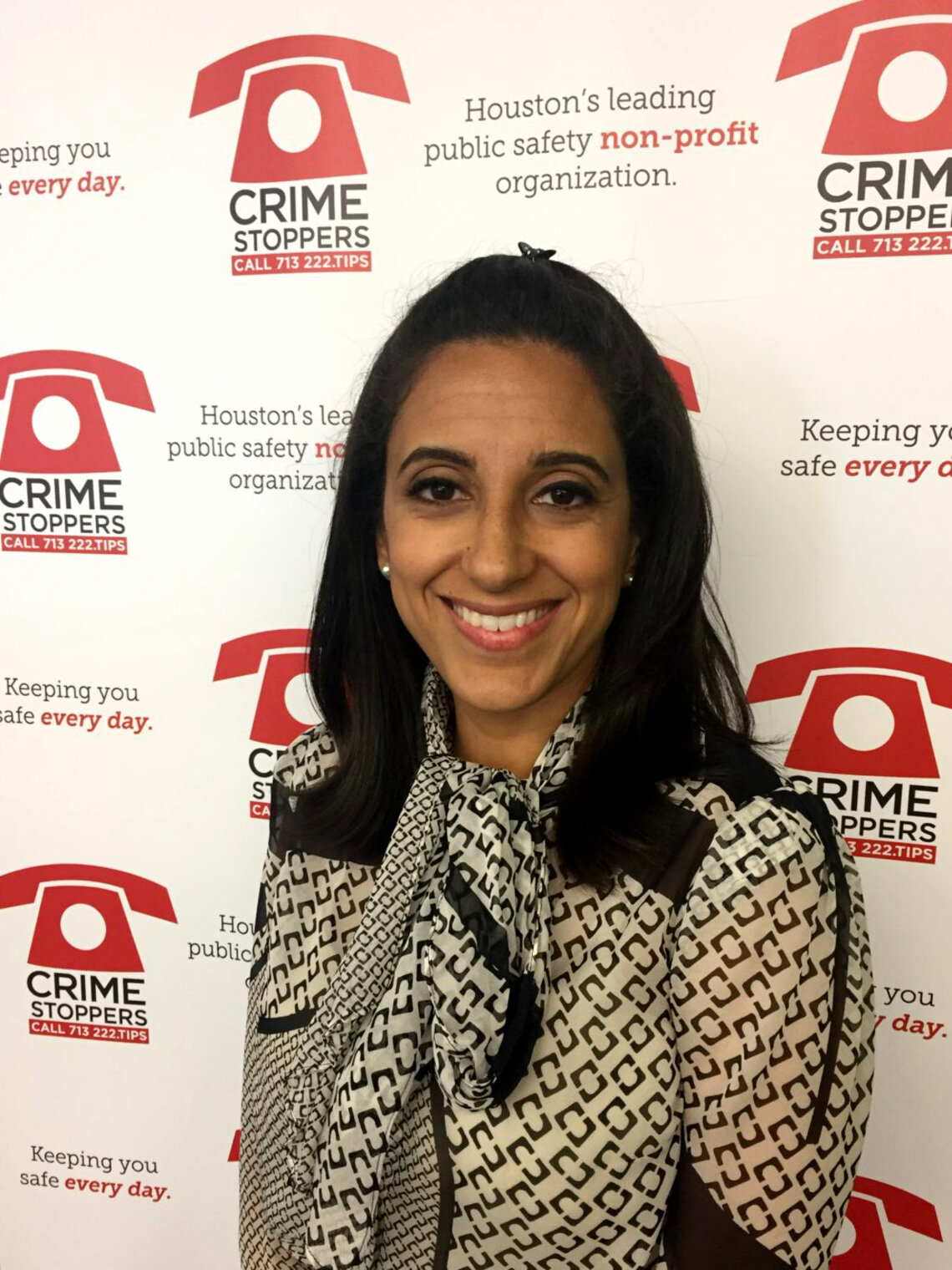 Rania Mankarious took over leadership of Crime Stoppers in 2013.

The group’s aggressive posture on the issue followed shifts in Houston’s approach to prosecuting low-level crimes and setting bail. The changes helped prompt a political backlash, fed in part by the Crime Stoppers campaign and a rising murder rate.

But an investigation by The New York Times and the Marshall Project found that the stance embraced by Crime Stoppers also intersects with the organization’s financial interests.

The evolution of Crime Stoppers of Houston underscores the potential conflicts of interest that can arise when charities become dependent on financial support from politicians.

And it illustrates how nonprofit organizations technically barred from participating in political campaigns can nonetheless exert outsize influence, especially when they wade into a potent issue like violent crime.

Crime Stoppers said it remained nonpartisan and denied that its financial situation influenced its public policies or focus on Democratic judges. In a written statement, the group said it had identified 170 people in the area who had been killed since 2018 because of leniency by judges or failures in the bail system. (Government records show that those deaths amount to about 8% of Harris County’s homicides during that time.)

The group noted that local leaders, including Houston’s Democratic mayor, have expressed concern about defendants charged with violent crimes being freed on low bonds.

Mankarious, Crime Stoppers’ chief executive, declined an interview request. A lawyer for the organization sent a statement saying this article would be “a hit piece for purely partisan purposes.”

But in recent public appearances, Crime Stoppers leaders have said that the actions of the judges it is criticizing were dangerous enough that the organization had to speak out. “If we sit back in silence, we are just as guilty as those who are actually promoting this type of criminal justice reform,” Andy Kahan, Crime Stoppers’ director of victim services and advocacy, said in a video posted to the group’s Facebook page.

The judges say that the Texas Constitution does not allow them to keep most people locked up without imposing bail, which is not a punishment, but is meant to ensure that the accused show up for court dates.

“It is infuriating when a once well-respected nonpartisan organization continually makes false statements regarding the facts and the law specifically to attack judges for political or financial gain,” said Chris Morton, a Democratic judge targeted by Crime Stoppers. He has argued that the judges are following the law and has pointed to county data showing they have been setting higher bonds for felonies over the past two years. 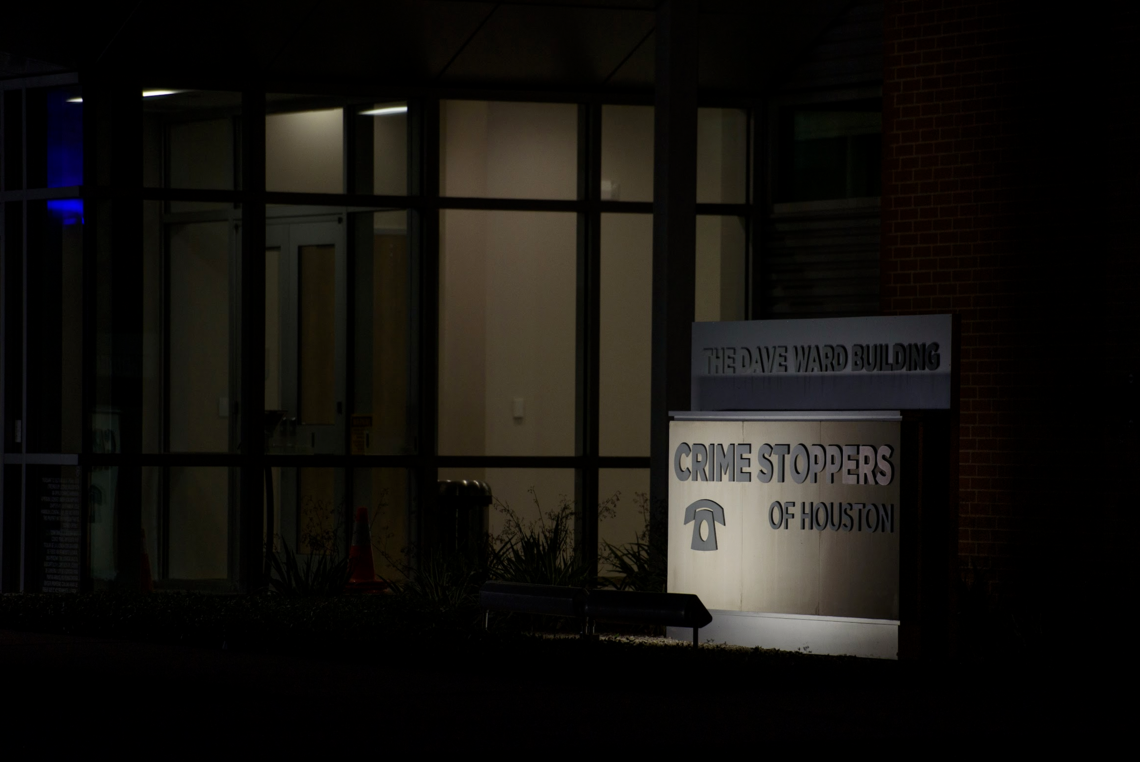 Crime Stoppers, a nonprofit that runs a crime-solving tipline in Houston, Texas, has been running deficits. In 2020, the group was $477,000 in the red, its biggest deficit in at least 20 years, according to tax filings.

Since 1980, Crimes Stoppers of Houston has sponsored a hotline for anonymous tips and paid rewards up to $5,000 for information that helps solve a case. Though independent, it is part of a loose network of similar groups and says it is one of the largest and most successful in the country.

For many years, the mission paid for itself. Police departments provided officers, without charge, to man the tip lines. Reward money came largely from the $50 fees paid by people on probation.

But a decade ago, the organization built a $10 million headquarters. Mankarious, a lawyer who took over the organization in 2013, said at the time that she wanted the group to move beyond solving crime to preventing it as well. The organization described the new building as a monument to that ambition.

When the building opened, the capital campaign to pay for it was still millions of dollars short of its goal, according to the group’s financial statements. In 2015, the organization borrowed $5 million.

In 2017, the year the first loan payments came due, Abbott awarded the nonprofit a $4 million grant from a criminal-justice fund overseen by his office, according to state records. It made up 70% of Crime Stoppers’ total revenue for the year, according to the group’s IRS filings.

Despite the size of that grant, the governor’s office did not issue a news release about it, a spokeswoman said. Crime Stoppers’ annual report that year listed only one monetary donation over $1 million. The donor was "anonymous,” a designation which the governor’s office said it did not seek for its grant. Crime Stoppers said it did not try “to hide the gift.” A spokeswoman for Abbott said he supported the grant because he and Crime Stoppers share “the same commitment to prioritizing public safety.”

Texas’ education agency later paid $2 million to Crime Stoppers after a 2018 recommendation from Abbott, who suggested that the Houston organization expand its school safety program.

Including Abbott’s grant and the education agency’s funding, the state supplied about 43% of the nonprofit’s revenue from 2017 to 2020 — up from less than 1% in the previous four years, records show.

Crime Stoppers said it was “absolutely absurd” to suggest that the state grants had influenced its public support for Abbott and his policies.

The group also began to lose a reliable source of income: the $50 fees that judges could force on people placed on probation. This money, which state law says must go mostly toward rewards, once provided more than a third of the organization’s total revenue.

But over time, fewer people were placed on probation in the county. The reasons included a series of liberalizing changes in the county courts, including a shift toward more lenient prosecutions for certain low-level crimes and a 2019 consent decree that lowered bail in misdemeanor courts.

The number of people placed on probation in Harris County fell 38% from 2016 to 2021, according to county records, a decline that also reflected the effects of the pandemic and a backlog created by Hurricane Harvey in 2017.

Also fueling the change was a new set of Democratic judges elected in 2018, who imposed the fees less often on the probationers who remained. “People can’t afford a lot of these fees,” said one of the new judges, Hilary Unger. “You can’t have a debtors’ prison.”

Melissa Davis, a member of Crime Stoppers’ board until last year, blamed the judges in a recent interview. “You’re fighting crime the best way you can, and for these liberal judges to get in, and they just panned us,” she said. “We had meetings on that.”

Crime Stoppers declined to give details about its finances in 2021, saying the figures were “not readily available.”

In the financial crunch, four current and former board members said, Crime Stoppers began to cut back on the size of rewards.

“We got a new group of judges in that were — how should I say it? — they do not respect the law for what the law is,” said Fenner Weller, a former director who now serves on the group’s advisory board. As a result, he said, instead of giving “$5,000 to a capital murder, you may only be able to give $2,500.”

But Crime Stoppers found money to pay its mortgage, and raised Mankarious’ compensation from $183,000 in 2018 to $283,000 in 2020, including a $38,000 bonus, according to tax filings. A statement from the group said her pay was “commensurate with her education, her experience and her responsibilities." The group declined to say what it paid her last year.

The nonprofit disclosed that in 2021, its tipsters solved 380 crimes and received about $210,000 in reward money — the lowest dollar amount since 1999, according to its financial filings.

Across the country, murders surged in 2020. In other cities, authorities blamed a constellation of potential causes, from the pandemic to a proliferation of guns. In Houston, Crime Stoppers focused on one cause: the new Democratic judges.

The organization said it “partnered” with the local Fox affiliate on a series called “Breaking Bond,” blaming individual judges for crimes committed by defendants out on bail. Kahan, who co-hosted video segments with a Fox reporter, described his own research as the inspiration for the series.

The program featured 12 judges who were up for reelection this year. Of those, seven said in interviews that they did not usually make defendants pay the $50 fee.

Some judges and lawyers — but not Crime Stoppers — have criticized the district attorney, Kim Ogg, for not making more formal requests to increase defendants’ bonds.

A spokesman for Ogg, who gave Crime Stoppers $500,000 last year from the asset forfeiture funds, said the donation was intended only to help the group catch criminals and not to influence its public positions. Crime Stoppers said it was “ridiculous” to suggest that its messaging was tied to funding.

In public statements and on Twitter, Crime Stoppers has lauded Abbott for fighting rising crime, citing his successful effort to get the State Legislature to pass limits on judges’ ability to set lower bonds. Kahan went to Austin to testify in support of the bill, and Crime Stoppers also asked people to sign an online letter that cast Houston as a dangerous place where criminals no longer feared the law.

Federal law prohibits nonprofits like Crime Stoppers from even “indirect” participation in political campaigning. The penalties can include loss of nonprofit status, though experts say that is rare. Legal experts who reviewed “Breaking Bond” videos said that some of Kahan’s election-focused appearances came closer to that line than most nonprofits are willing to go.

“The question would be whether the viewer would walk away with the perception that the organization is encouraging the viewer to vote for or against a particular candidate,” said Philip Hackney, a professor at the University of Pittsburgh. “It would give me some heartburn.”

Crime Stoppers said questions about the legality of its efforts were ridiculous because its focus was on “a singular issue: the impact of releasing people who should not be released.” The group said it was “allowed to look at outcomes that affect public safety.”

In one recent “Breaking Bond” video, the hosts reported that four of the Democratic judges they had highlighted had lost their primaries.

“Yes, thank you so much,” said Randy Wallace, the Fox reporter, pointing at the audience. “I mean, people are starting to make a difference.”