I Joined the Parole Board to Make a Difference. Now I Call It ‘Conveyor Belt Justice.’ 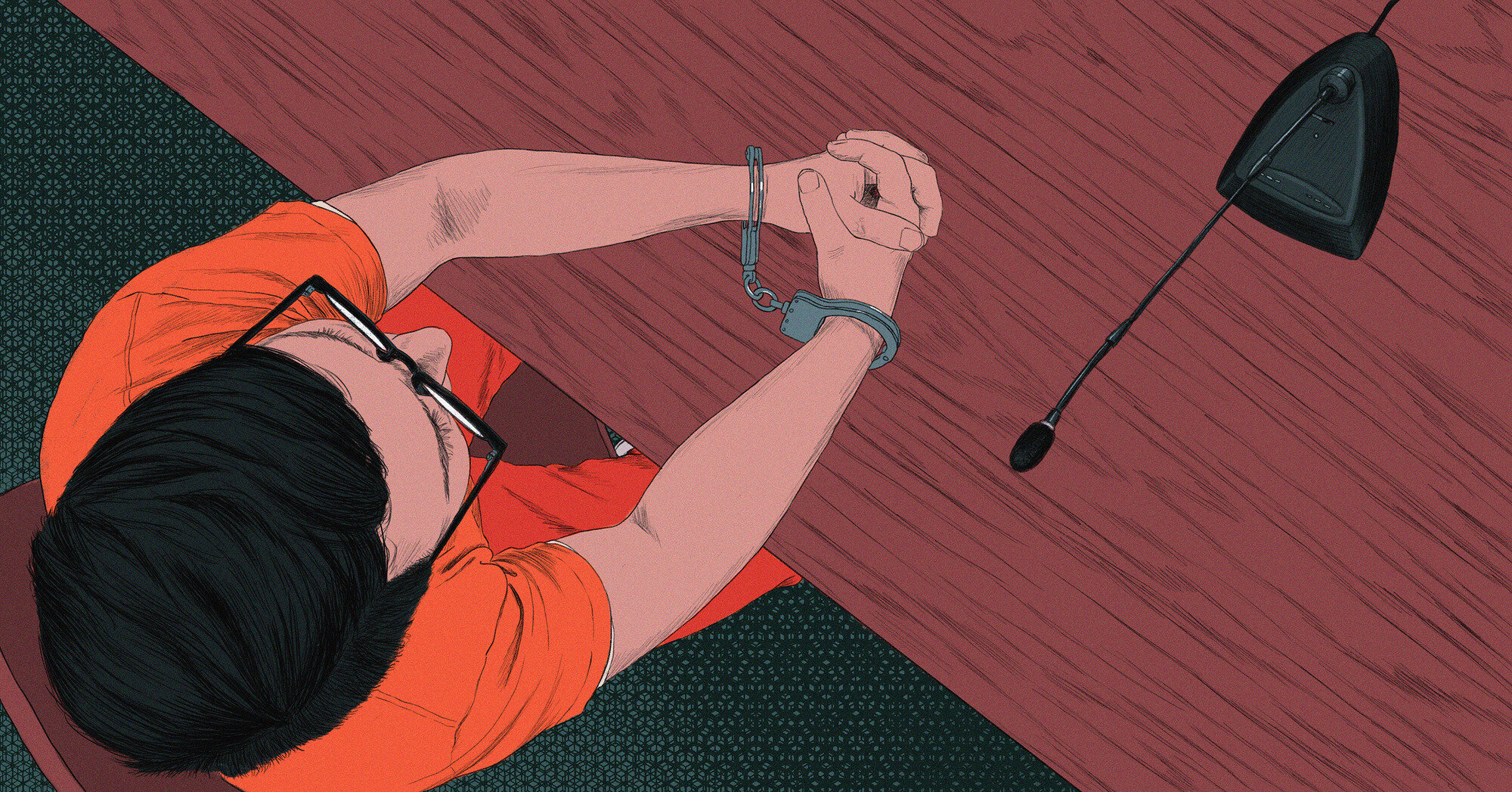 Michelle Kondrich for The Marshall Project
By Carol Shapiro as told to Beth Schwartzapfel
Perspectives from those who work and live in the criminal justice system. Sign up to receive "Life Inside" emailed to you every week.

I visited my first jail in 1970, when I was 16. I had a high school sociology teacher who talked about the disparity of bail and how people were being held simply because they couldn’t afford to pay it. Disturbed, I wrote to many wardens asking if I could come and talk to them about the issue. The only one who would meet with a teenager was John Case, warden of the Bucks County jail in Pennsylvania.

When I arrived with my notebook and pencil, Case said to me, “Carol, it’s great you came with your list of questions for me, but you really need to talk with the men here.” What I learned was that a lot of them were there for minor things, like drug use and resisting serving in the Vietnam War. On my way out, I remember thinking, I just met human beings. I am going home for dinner, and they’re not. It gave me a purpose in life.

I started a pre-release life skills program at Lorton Prison in Virginia while I was a grad student studying social psychology and social work. In the ‘90s, I worked as an assistant commissioner at New York’s Rikers Island Jail, and I went on to start a family-based drug crisis center called La Bodega de la Familia. We worked with the Lower East Side community to provide support for families at risk of being or already involved with the criminal justice system through probation, parole and arrest. We mapped their family systems to find the strengths and connections. There might be child welfare, public housing, probation and parole all in one household. But you might also see that Grandma takes care of the kids and is a positive influence. It was a strengths-based family case management system.

My time on New York’s parole board started with a 2016 New York Times analysis that found a dramatic difference in parole rates between White prisoners and Black and Latino prisoners. Gov. Andrew Cuomo really wanted to change the composition of the parole board because it had calcified so much. I had always believed I could be a change agent from the inside, so when my colleagues asked if they could put my name up for consideration for the board, I said yes. When I was appointed in 2017, the board could hold up to 19 members, but there were only about a dozen in place.

I really didn’t know what I was getting into.

The job itself was difficult. Even before COVID-19, almost everything was via video conference. We’d drive hours and hours to parole offices all over the state to sit behind a table for 12 hours doing video interviews. At some offices, if you were interviewing mostly short-termers, you could do 40 a day. At others, it was 25 to 30.

The rooms where we worked were often windowless, with drab green walls and hard chairs. Along with rotating teams of one or two other board members, there would be a court reporter and institutional staff who brought boxes of files from the local facilities and sat in on the interviews. Each file would be labeled, “Commissioner 1,” “Commissioner 2,” and so on. That’s how you knew which interviews you were responsible for leading that day.

I started to call what we were doing “conveyor belt justice,” because you’d be busy preparing to lead the next interview instead of watching and listening closely to the one taking place. Then you might be writing an opinion during the next interview.

And the paperwork was a huge challenge. There was a lot of it, and since it wasn’t digitized, you’d have to wade through dozens of pieces of paper. The files included prisoners’ COMPAS risk-analysis scores and the programs they completed. Then there might be letters from victims, judges and prosecutors. If the crime involved a police officer, the police union would gather hundreds of letters, saying, “Do not release this person.” We had to physically sign each victim impact statement. More paper.

The files for the most heinous offenses — the ones where the prisoner was denied parole umpteen times — were the worst. They were hundreds of pages, so you could end up relying on a top sheet that summed up how many years the person had been in prison, what their sentence was, and what the pre-sentence investigation said at the time. The problem is that these investigations were fixed in time; they could be from 30 some-odd years ago.

The purpose of parole is not to focus on a static event; that is the purpose of sentencing. Parole should consider primarily who the person is today. But New York parole laws have a “deprecation” clause, which basically means that the seriousness of the crime justifies keeping you in prison. This gives commissioners an easy out, even when someone has been before the board three, five or seven times, or they committed the crime at 17, and they’re now 70. If you can always have the seriousness of the crime as your hook to keep people in prison, that’s what you’ll do. This is particularly true if there’s political pressure from the governor, police commissioner or a mayor. It gets pretty ugly. And commissioners are really risk-averse if they are up for reappointment. If you need the job, why would you let somebody out who’s controversial?

My colleagues also heavily considered the role of the victims in their decisions. I did not think that was particularly appropriate. Our country just needs a better system to address the harms that victims and their families face. They have no other recourse besides retribution and punishment. They are angry and want to keep people in prison, but we need a process to help them heal.

My own mother was crushed by a drunk driver when I was 5, and she was 35. He was a U.S. sailor who was drunk on July 4. She lived, but had 96 bones broken. She was in the hospital for two years. That’s what got me interested in these labels we use — “victim,” “perpetrator,” “offender” — instead of “people.” I grew up with redemption and forgiveness.

So I tried to do things differently. Some of my colleagues were very terse with the people we were interviewing. These people were already nervous. Instead of starting my interviews with, “Name?” I would say something, like, “Hi, Mr. Smith, how are you feeling today? I’d understand if you’re nervous. Maybe we should take a deep breath.” I would lead with questions about what they felt positive about. The idea was to be asset-oriented as opposed to starting with the crime they committed.

We were given templates to frame our potential decisions in ways that would stand up in court if the prisoner appealed. But I hand-wrote mine with a pen and paper and gave them to the court reporter, who would type them up and have me sign them.

I also started to write dissents when my colleagues wouldn’t let people out of prison who I believed should receive parole. This was frowned upon because they didn’t want prisoners who appealed their cases to have a board member talking on record about how they’d changed their lives and deserved to go home.

After a while, I realized that I was dissenting more than agreeing with my colleagues. It's really hard when you’re always against everybody else. Even though they may have said, “I respect your values,” there was this idea that I should try and be a team player.

Often I’d go into the bathroom to cry, upset because my colleagues didn’t recognize that a person had transformed and deserved to go home. I just couldn’t make a difference in the way I thought I could. Work was an uphill battle, and I was Sisyphus. This was just not a healthy place for me to be working anymore. I had a five-year term, but only made it through two.

Now, there’s a fair and timely parole bill before the New York state senate that requires the board to release people who are eligible without as much consideration for the seriousness of their crime. Commissioners definitely need a roadmap to follow a different line of questioning, because when you look through a file and really talk to somebody, that’s when you learn what they’ve done to try and improve themselves. Factors like going to school, working and helping others in the prison should be taken seriously. Otherwise, there’s no point in these interviews. People are way more than the worst thing they have ever done.

The New York Department of Corrections and Community Supervision did not respond to questions by press time.