When People Fear Me Based on My Jail Tats and Scars, They Miss the Real Me

A recent ride to a public clinic gave Jose Armendariz a quick break from jail. But he couldn’t escape the fear and judgement of the other patients. 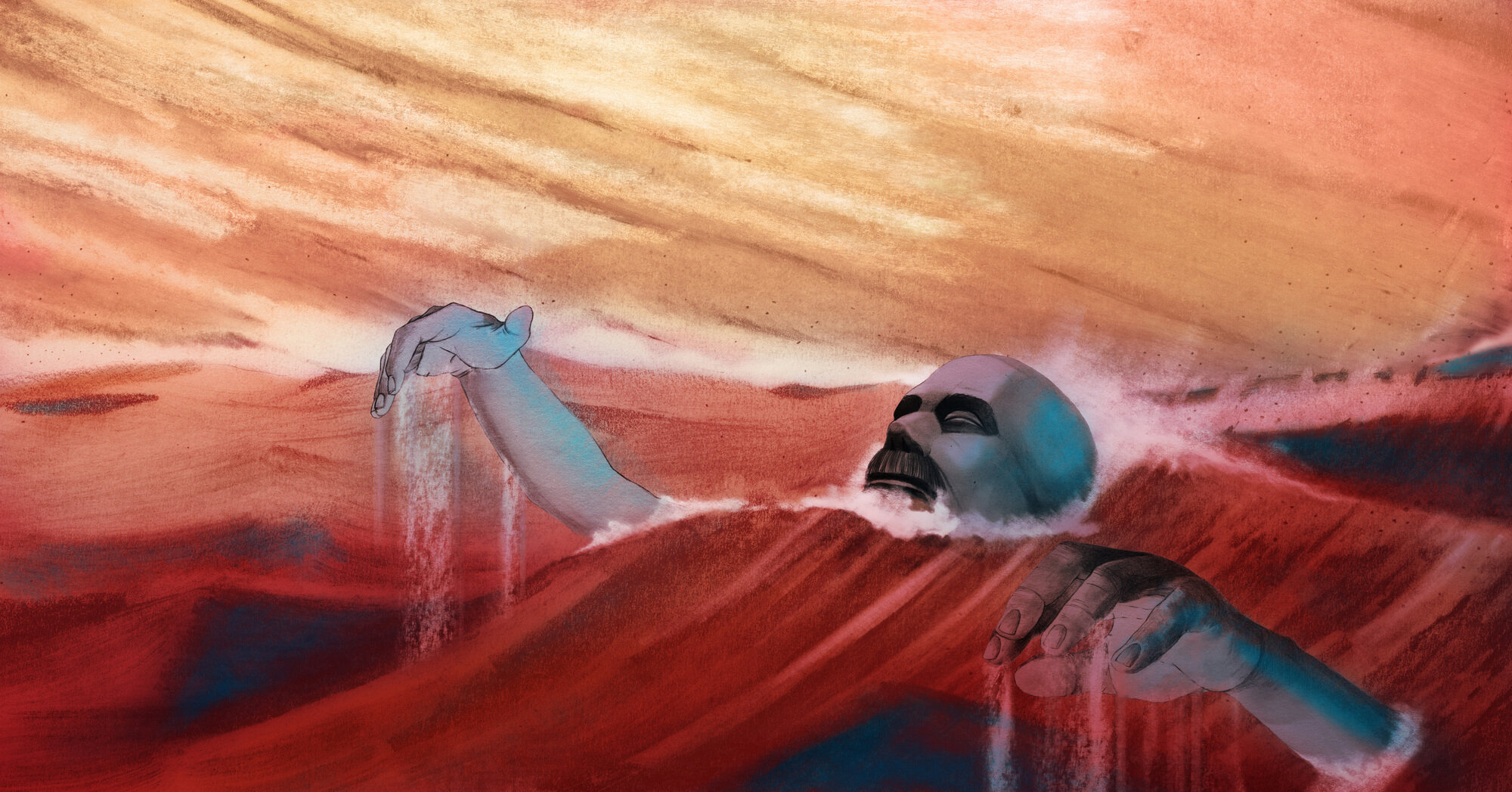 Ricardo Nunez Suarez for The Marshall Project
By Jose Armendariz
Perspectives from those who work and live in the criminal justice system. Sign up to receive "Life Inside" emailed to you every week.

It was June at Theo Lacy Facility in Orange, California, and the heat was without mercy. The chains around my ankles dragged along the gravel parking lot, and the shackles cut into my Achilles tendons, leaving me no option but to walk sideways like a crab. The two sheriff’s deputies who were assigned to transport me to an off-site medical appointment seemed annoyed that I was struggling to keep up with them. But they didn’t talk to me. Like robots with human faces, they were silent.

It was my first time away from the maximum security jail in over two years. These trips used to take place about once a year, but they had ceased during the height of the COVID-19 pandemic.

The best part about these visits was always the ride. For about 20 minutes, I’d get to look out of the SUV’s window and witness the hustle and bustle of everyday life. When I was lucky, I’d catch a glimpse of Disneyland from afar.

I expected my destination to be the same as it always was: an area of Anaheim Global Hospital in Orange County set apart for incarcerated people. But then we drove up to a clinic in an office park, a place as alien to me as the inside of a jail cell is to a judge.

Addressing me for the first time since the trip began, one of the deputies directed me to push the mirrored glass door open. But I froze when I heard the chatter of children coming from the inside. There I stood, a 200-pound Chicano man with a shaved head, a big mustache and a body marked by scars and prison tattoos. The thought of coming into contact with people who were not incarcerated or in law enforcement filled me with dread. I didn’t fear physical danger. What I feared was the humiliation of being paraded around like some Hannibal Lecter freak show.

When I stepped inside the clinic, silence drowned the chatter. A mother nowhere near me pulled her children close. An elderly woman squeezed her husband’s hand as one of the deputies commanded me to sit in a chair near them.

Two big-screen TVs on mute hung on the walls. I had never seen televisions so large, and on any other occasion these two objects would have received my undivided attention. But on this day, all I could do was plop down on the chair, rest my chin on my chest, and avoid looking up.

From the corner of my eyes, however, I couldn’t help noticing an issue of Architectural Digest on a magazine rack. As a true AD aficionado, I was tempted to ask the deputy if I could check it out. But his stare conveyed his message: The magazines were not for people like me.

It didn’t take long for the chatter to resume, but everything was in a whisper. Still, any noise sounded better than silence.

The truth is that the people waiting in that lobby were not wrong for being afraid of me. I had not done anything to scare them, but these folks were taught to fear people who look like me. They didn’t know the real me — the son, the brother, the loving boyfriend and the doting uncle to a precious baby niece. By seeing me as a threat, these people failed to see the real me.

When I heard my name called, I thought there had been a mistake. Everyone who had been there before me was still waiting. I tried asking a nurse if he had made an error. But one of the guards interrupted me by commanding me to stand up and follow the nurse.

From arrival to departure, my visit to the clinic couldn’t have lasted more than 20 minutes. That filled me with even more shame. I didn’t feel worthy of such a privilege of being seen first for this short visit.

I don’t know if the other patients felt like I was privileged for being treated with greater urgency than them, or if they were just glad to see me go.

But privilege does not exist in jail. It’s a place designed for suffering and pain. No matter how many times the guards remind us of how lucky we are to be in a place where we have three meals a day, it can never compare to having the privilege that matters most: our humanity.

I’ve been incarcerated for more than 15 years. When I was 16, I was present for a gang-related shooting that claimed the lives of two people, but I was not the trigger-man. Still, I was sentenced to 90 years to life for murder and gang participation, with sentencing enhancements for gun activity.

Somewhere along the way, I became numb to my own suffering. But I never became numb to the suffering of others. Maintaining empathy in a dehumanizing system is an act of resistance. It’s where I place all my hope that I can regain my humanity once I am free.

Each year, over 600,000 people return to their communities from prison, and nearly 9 million come home from jail. But the humanity we lose during incarceration is not restored. The prison industrial complex also consumes the lives of guards. Corrections officers have high rates of stress, depression and PTSD. The dystopian culture that exists behind bars doesn’t automatically disappear once a guard removes his uniform, just like it doesn’t disappear once an incarcerated person is released from jail or prison.

Once my visit with the specialist was over, I was excited about the ride back. Disneyland was certainly on my radar, and I didn’t plan to miss it. But entering the vehicle was like stepping into an oven. There was plexiglass all around me in the SUV, like a little box separating me from the deputies. To my right was a door with a window rolled all the way up.

I noticed that the deputies in the front looked cool and relaxed, while I sat in the back drenched in sweat. I shouted for my window to please be rolled down. But the deputies either didn’t hear me or simply ignored me.

After about 15 minutes, my vision began to blur and black spots appeared in front of me any time I opened and closed my eyes. Suddenly, from a distance, I thought I saw the snowy peak of the Matterhorn. I couldn’t help smiling as I faded in and out of consciousness.

When I came to, a deputy opened the passenger door, and fresh air filled my lungs. He yelled for a wheelchair. I felt dizzy and confused. I don’t recall how I made it to my cell, but I do remember falling face first onto my bunk. I woke up 20 hours later and didn’t know where I was at first.

I had experienced the symptoms of a heatstroke. But when a nurse finally came to see me, his medical response consisted of looking me up and down once and concluding that I was fine.

I’d felt guilt and shame when I saw the doctor before the other patients in the clinic waiting room. But if there is one thing that one can always count on behind bars is that no real or perceived sense of privilege ever goes unpunished.

According to Sgt. Scott Steinle, public information officer of the Orange County Sheriff’s Department, the agency does not have access to the medical records of jail occupants due to HIPAA and California privacy laws. He added that the department “does not have information that Mr. Armendariz got heat stroke or was taken out of the car in a wheelchair.”

Jose Armendariz, 31, is a journalist with Empowerment Avenue whose work has appeared in the Voice of OC, Knock LA, JURIST, and Chispa. His experiences have been written about in La Opinión, CalMatters, and LAist. You can find his art and writing on Instagram @voiceofchangeoc.