“It’s Crushing”: The Lasting Trauma of the Exonerated

Proving your innocence is only part of the battle to put your life back together. 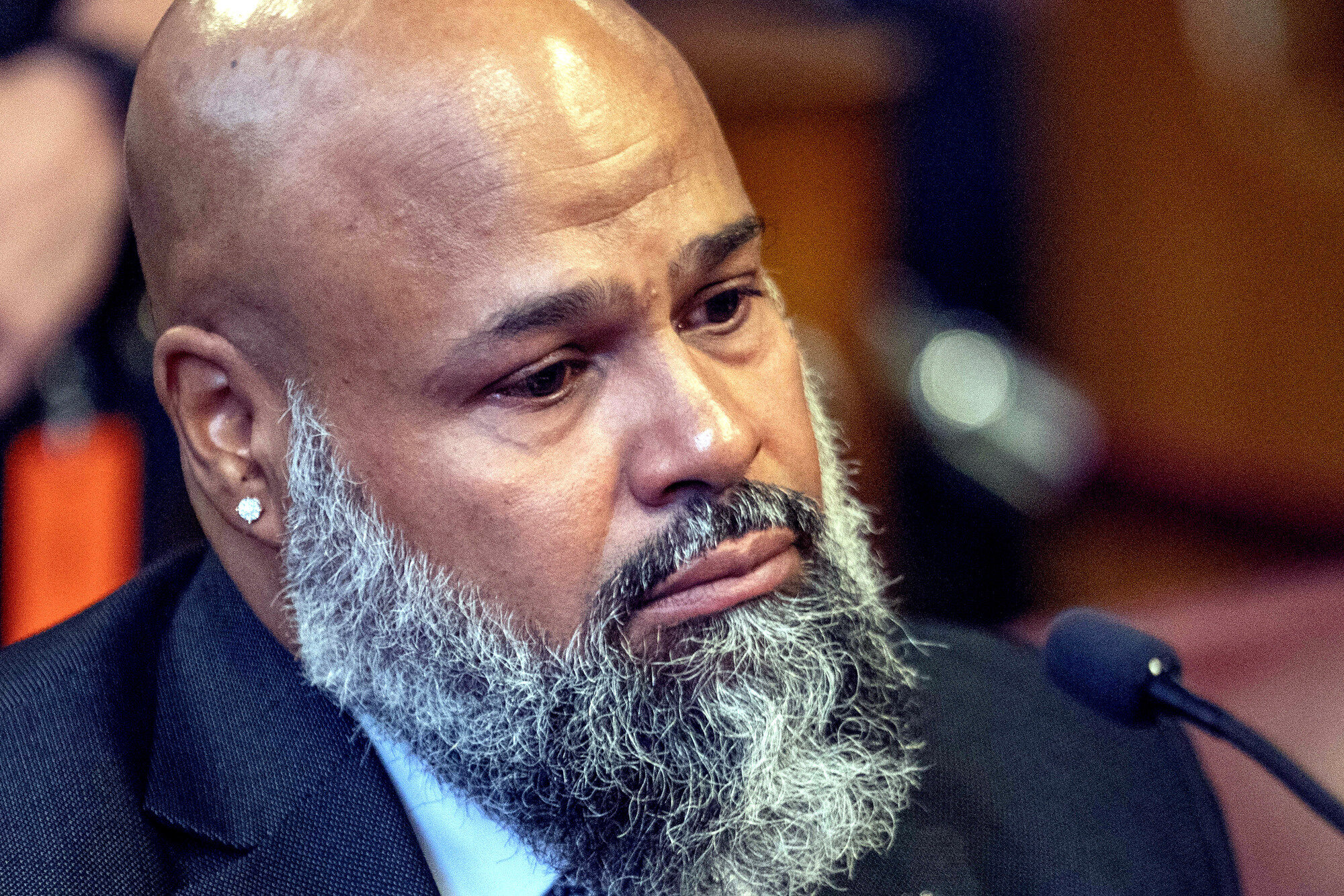 Steven Lopez was exonerated by a New York judge on July 25, 2022, of a robbery conviction related to the Central Park jogger case in 1989. Steven Hirsch/New York Post, via Associated Press
By Jamiles Lartey

If there’s one story of wrongful conviction that most people know, it’s that of the Exonerated Five. The New York City teens, all Black or Latino, were convicted in the 1989 rape of a Central Park jogger, and incarcerated for six to 14 years each before another man confessed.

Few people remembered that there was a sixth defendant on that indictment: Steven Lopez, who had accepted a plea deal for a lesser charge before trial and served about three years in prison. Manhattan District Attorney Alvin Bragg finally exonerated Lopez this week.

It’s a powerful reminder that even in cases that would seem to be under a microscope, wrongful convictions are shot through the criminal system, and for the innocent, there’s rarely a simple path to exoneration, or back to life on the outside.

“It’s PTSD that all of us in this sort of fraternity suffer,” Herman Atkins told NBC News, in a story this week about the lasting trauma of wrongful convictions on Black men convicted of crimes they didn’t commit. Black Americans make up half of all exonerees, despite being only about 13% of the nation’s population.

In 2000, DNA evidence cleared Atkins of a rape conviction. Even two decades later, he told NBC News, he’s constantly seeking to establish alibis, hoarding receipts and staring into security cameras, just to avoid being wrongfully accused of a crime again. “Being in prison when you know you shouldn’t be there is hard to describe. It’s crushing,” Atkins said. “You are fearful of death almost every second, conditioned in ways that bring on paranoia and anger.”

A study released last month of 59 exonerees — researchers said it was the largest study of its kind — found that 80% experienced at least one serious traumatic event while incarcerated. More than half of exonerees showed significant signs of PTSD, higher than the reported rate among combat veterans.

Money is another challenge for people who have spent years removed from the labor market on the outside. Under Ohio law, Charles Jackson was entitled to about $52,000 per year for the 28 years he spent wrongfully incarcerated. He said the sum will help him to take care of his mother and siblings, but also said it’s only a “first step.”

“I don’t think they can ever make it right,” Jackson said after a court earlier this month declared he had been wrongfully imprisoned. Jackson’s lawyers argued that police lied and made up evidence used to convict him for a 1991 murder, and also withheld exculpatory evidence from prosecutors and from Jackson’s defense. “They mess your whole life up, your family’s lives, and then it takes a long time to get yourself together,” Jackson said.

There are two routes for exonerees to receive cash compensation. The first is what’s called “no-fault statutory compensation.” That’s when the law sets an amount to be paid per year of incarceration. This requires no trial, and no admission of wrongdoing by the state.

According to the Innocence Project, 38 states, along with the federal government and the District of Columbia have laws like this, with the most common amount set at $50,000 per year. A report from the National Registry of Exonerations found that only about 41% of exonerees in states with compensation laws have actually received money.

The second avenue for compensation is through civil trials, where exonerees may win verdicts or settlements by proving misconduct or civil rights violations by government officials. These can yield much larger payouts, but can take years and are not guaranteed. Last week, a Chicago City Council committee approved a $6.75 million settlement for Norman McIntosh, eight years after his murder conviction was vacated. McIntosh had spent nearly 15 years in prison. In his case, officials said, police relied on three witnesses who recanted and said they falsely identified McIntosh.

Back in February, Bloomberg Law reported that some investors are now seeking to “buy” these cases from exonerees. Similar to companies that buy structured settlements — if you’ve watched daytime television, you probably have their commercial jingles stuck in your head — financiers offer recently exonerated people cash now, in exchange for a big cut of their likely restitution.

Behind many exonerations are acts of police misconduct, prosecutorial misconduct, or both. In New York City this week, a group of law professors published new complaints against 17 city prosecutors, “highlighting behavior that in many cases sent innocent people to prison,” The New York Times writes.

The professors argue that historically, prosecutors who engage in misconduct — even when recognized by other prosecutors or by a judge — are rarely subject to public discipline. The professors had to fight in court just to post their complaints publicly, giving a sense of how insulated from scrutiny prosecutors generally are.

Lastly, any discussion of exonerations is a good time to resurface this 2021 article in the Atlantic on what Elizabeth Bruenig called our “dangerous obsession with innocence” as it relates to the death penalty. She argues this preoccupation has “created a legal exoneration infrastructure suited to a relatively small number of inmates, leaving little room for the broader range of death-row occupants just as much in need of help.”