An inside look at how the Independence, Missouri, city council reallocated millions in federal ARPA dollars to police. 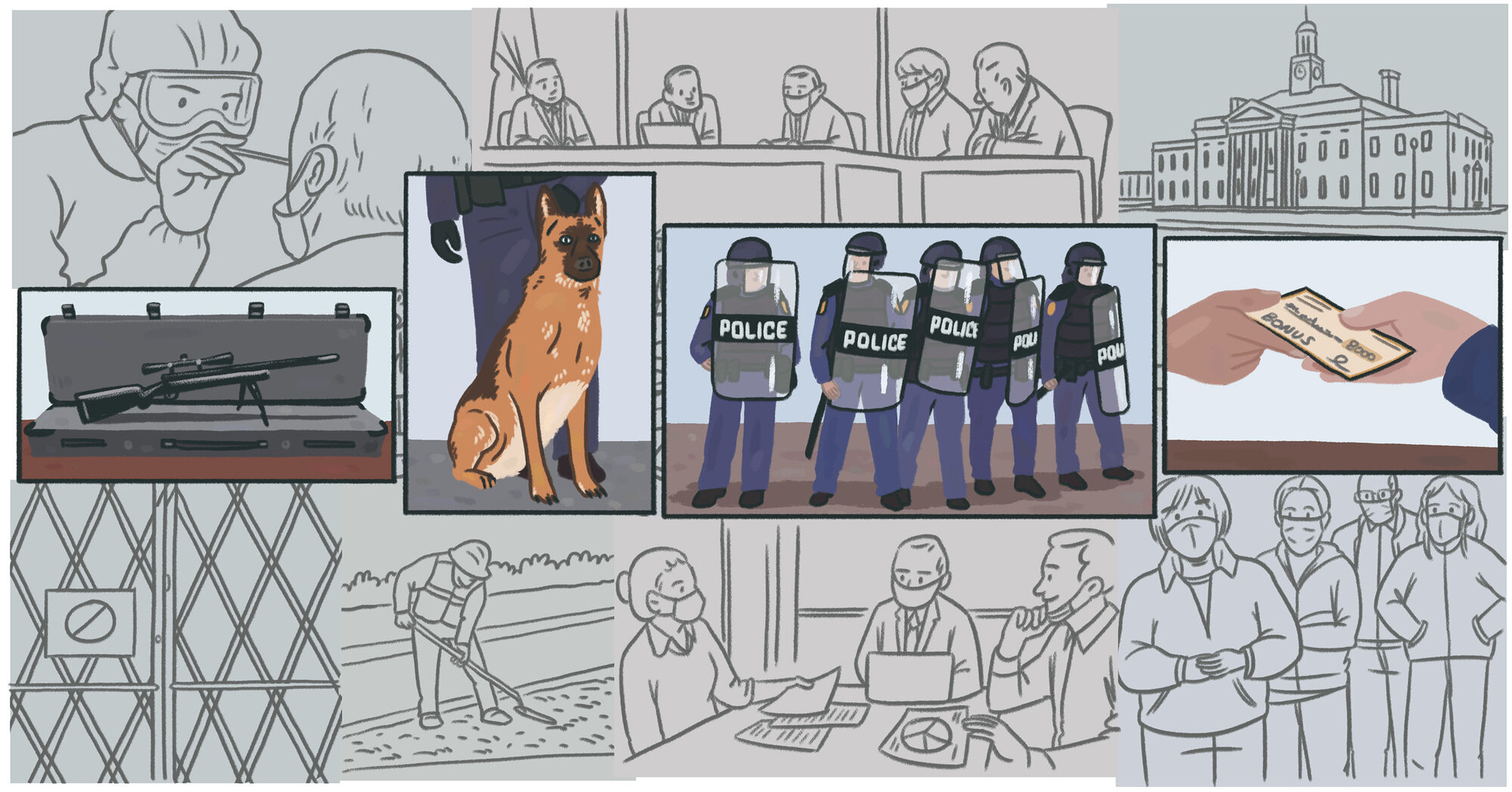 The American Rescue Plan Act (ARPA) provides federal funding to local governments in amounts not seen in decades, giving them wide latitude to spend on police, corrections and courts. In Independence, Missouri, a city of 117,000 just outside of Kansas City, those spending decisions proved controversial, with the debate among local officials reaching a boiling point at the city council meeting on October 4, 2021. Council members could not agree on amendments to the $20.3 million spending plan proposed by the city manager.

This article was published in partnership with St. Louis Riverfront Times and KCUR.

Municipal budget meetings can be brief and perfunctory — this one was not. It ran twice as long as normal, as council members argued over proposed amendments to reallocate funds for police. “We have gotten behind in public safety,” said council member Mike Steinmeyer, who supported his colleague Brice Stewart’s proposal to reallocate money for police body cameras. “Let’s make it a priority. This is a redemptive moment for this council.”

Not everyone agreed. “Not a single council member has any business randomly shopping for the police department,” member Dan Hobart chastised his colleagues. “As far as good governance goes ... it’s not picking out whatever you want to do.” The amendment failed. Stewart, Steinmeyer and one more council member walked out of the room, forcing the meeting to adjourn early.

But it did not stop the city council from making purchases of $2 million for the police department, including sniper rifles and ballistic helmets as well as bonuses for police officers. Despite the controversy, the council in Independence ultimately reallocated more ARPA money from the original plan to the police than to any other department or project.

Independence is hardly an outlier. Local governments across the country are allocating billions in ARPA funds for the criminal justice system. With little guidance and few rules imposed by the federal government, this spending reflects local priorities — and is often directed by a handful of local politicians and city staff.

Because almost any spending can qualify as “COVID relief,” local police agencies across the country are using ARPA funds to fill their needs, from shooting ranges to retention bonuses. Correctional institutions purchase body scanners, beef up surveillance systems and build new prisons. Courts hire additional staff and update infrastructure as a response to the pandemic-spurred case backlog.

Not all proposed police spending in Independence was approved. The council voted down the gunshot detecting Shotspotter system recommended by the city manager and body cameras proposed by a council member, but approved other police equipment, and nearly tripled the payroll budget for hiring incentives and bonuses.

The biggest change the council made to the ARPA budget was to increase police bonus pay from $600,000 to $1.8 million. The City Council decided not only to provide a one-time hiring incentive for 30 new positions that were primarily funded with new sales taxes, but also to pay an $8,000 retention bonus to each existing police officer. The city reports it currently has 203 police officers and 33 additional open positions. While ARPA funds were created to prevent cuts in the public sector, in Independence they are helping the city to exceed pre-pandemic police staffing levels. “The idea with those retention payments was to make it compelling to stay and work for the Independence police department,” city manager Zach Walker told The Marshall Project.

“After seeing the riots in other jurisdictions, it was apparent that we needed to update our equipment and training in this area,” states the police department chapter in the city budget for the 2022 fiscal year. “We haven't had that here. But we did have it on our doorstep,” Police Chief Adam Dustman told The Marshall Project, referring to protests in nearby Kansas City, where Independence deploys officers as part of a mutual aid agreement. Demonstrations in Independence have remained peaceful. In 2020, hundreds of marchers held a moment of silence at the city courthouse.

Sniper rifles, ballistic helmets and all the other police spending was labeled “community violence intervention” in the city’s report to the U.S. Treasury. While the Treasury Department’s guidance did not clearly specify what could and could not be categorized as community violence intervention, the Bureau of Justice Assistance defines it as “an approach that uses evidence-informed strategies to reduce violence through tailored community-centered initiatives.”

With little oversight over how ARPA funds are spent, interpretation of this category is up to local authorities. Researchers have found that spending on traditional policing under the umbrella of community violence intervention is widespread in the program.

While the council fiercely debated over police and streetscaping spending, the Department of Health was mentioned once, in part because the Independence council had voted to eliminate the agency in 2017 in order to fund the police — in violation of their own city charter.

Looking back post-pandemic, council member Steinmeyer said it “was probably the stupidest thing we ever did.”

Initial ARPA funding included $300,000 for the “costs associated with start-up of Health Department.” Then-city council member Karen DeLuccie advocated for an additional $300,000. “This money is a gift from Washington based on the pandemic,” she said. “Our Health Department is needed.” Reluctantly, the council approved the amendment.

Just as in thousands of other local governments across the country, the way the Independence council decided to spend this “gift” money is essentially a reflection of their priorities.

“They ultimately decided to reallocate the bulk of the funds for these public safety purposes,” said city manager Zach Walker. “And it seems like they were in their minds trying to respond to the feedback that they felt they were getting from their constituents, who had indicated that an emphasis should be placed on public safety.”

Still, the extra funding for police did not feel like a victory for council members Steinmeyer and Stewart. “Law enforcement should be, if not the top, one of our top priorities,” Stewart told The Marshall Project. “If there was more money available, I would definitely try to go for that again.”

Anastasia Valeeva was a data fellow at The Marshall Project. She joined the data team as part of the Alfred Friendly fellowship program run by Press Partners. Previously, she was teaching data journalism to students and newsrooms in Kyrgyzstan, Central Asia. Anastasia recently graduated from Columbia Journalism School’s Lede Program for data journalism.