In most cases, people who repeatedly appear before the courts are not committing violent crimes. 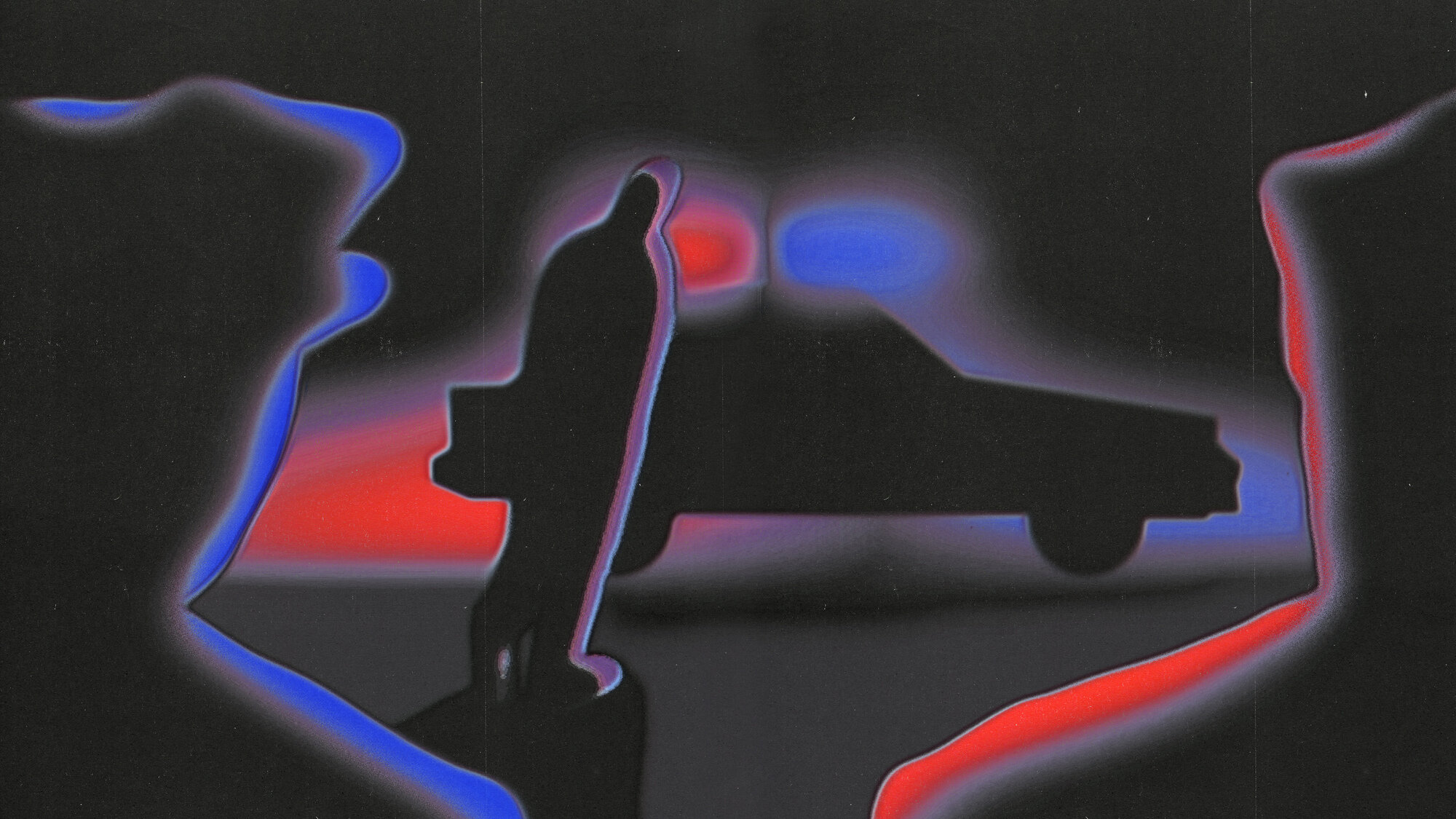 As part of our ongoing “Testify” series, The Marshall Project scraped years of court documents to understand what happens in Cuyahoga County courts. Our newest analysis examines who cycles repeatedly in and out of courtrooms, prisons and jails, and why. Here’s what we found:

The majority of cases feature defendants with at least one prior charge, and nearly a third have at least five prior criminal cases. The crimes are mostly not violent.

Nearly 70% of the county’s nearly 70,000 criminal court cases from 2016 through the end of 2021 involved a defendant with at least one prior charge on their record. By and large, these defendants come from Cuyahoga County’s poorest ZIP codes. They are almost exclusively male, even more likely to be Black than defendants facing their first charges, and more likely to hail from the city as opposed to the suburbs.

Many of these defendants are not hardened, violent criminals. Most are not committing serious violent crimes that would result in lengthy sentences. Instead, they cycle through the courts every year or two to face the types of charges that earn them probation or brief stints in prison. They serve their time and are released, then wind up back in court again on similar criminal charges.

Most of the crimes are linked to untreated drug addiction or mental illness, compounded by poverty.

Prosecutors, defense attorneys, judges and legal experts agree that addressing mass incarceration and rising crime will require grappling with this universe of repeat defendants. That is no easy task, requiring a remedy to the decades-long failures to combat the addiction, mental illness and poverty driving crime in Cleveland and across the country.

The analysis shows that these defendants first encounter the court system as teenagers or young adults — the vast majority of them first faced criminal charges before the age of 25 — typically for crimes such as drug possession, petty theft, burglary, breaking and entering, or receiving stolen property. In many cases, their entire criminal records contain only these types of infractions, committed repeatedly between stints of incarceration.

Less than a third of these cases involved a guilty verdict for an “offense of violence,” defined by Ohio as crimes such as domestic violence, escape, improper discharging of a firearm, murder, or arson.

“We understand that prison has not proven to be the solution for stopping repeat offenders,’’ said Brendan J. Sheehan, Cuyahoga County administrative judge, in response to the findings. “At the same time, we have to find more innovative solutions to better protect our communities.” The Cleveland Division of Police and County Prosecutor Michael O’Malley declined to comment on the findings.

These cases also reveal the current limitations of the county’s “specialty dockets” — side courts that take up some mental health and drug addiction cases. While most repeat defendant cases reviewed by The Marshall Project included a defendant who cited drug addiction, mental illness, or both as a factor in their crimes, almost none of them meet the strict eligibility requirements that have been in place for a case to be handled by Cuyahoga County’s specialty courts.

Has the defendant ever committed a “violent crime”? Then they are ineligible. Previously pleaded guilty to a drug trafficking charge? Ineligible. Been cycling through the system for decades, amassing multiple drug convictions? Ineligible for drug court.

The county will experiment with a new “high-risk” court in coming months. 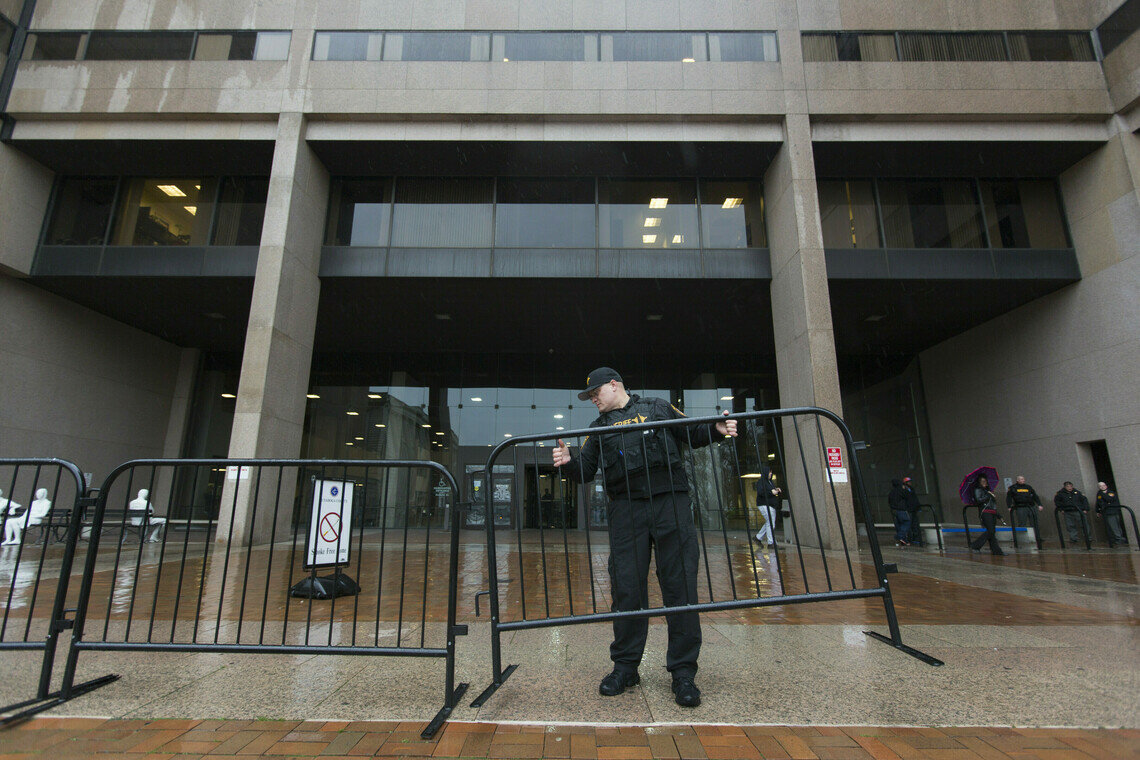 The coming months will see the county’s most direct effort to work with many of these defendants when the court launches a “high-risk” drug court that will provide services to addicted defendants with lengthy criminal records, even those accused of violent crimes.

Here are some of the people who cycle repeatedly through the courts.

Deshawn Maines, age 52, has been diagnosed with bipolar schizophrenia. His lawyer said he was physically and sexually abused as a child and is addicted to drugs. He’s been convicted of more than 30 crimes — primarily theft and burglary — and suspected in 55 others. Maines’ most recent conviction was for stealing two TVs and a laptop. He said they had been stolen from him, and he was just taking them back. Maines said he’s long had trouble receiving mental health and drug treatment. His attorney believes he was hallucinating, since he was off his medications after an insurance payment didn’t come through. Because of his prior offenses, he was given his stiffest sentence yet — 6 years in prison.

Eugene Groce, 57, has spent decades in Ohio prisons and Cuyahoga County courtrooms. He was first arrested in 1980 as a 17-year-old after a friend of his, he said, snatched a woman’s purse while the two of them were waiting at a Cleveland bus stop. Groce said that by the time of his first arrest he was addicted to drugs and alcohol, having begun drinking heavily at 12. After being released from the juvenile facility, he began using and selling both powder and crack cocaine. For the next 30 years, he cycled in and out of Ohio prisons on charges of theft, burglary and receiving stolen property. He has sought treatment for schizophrenia. All of his offenses, Groce said, were committed in pursuit of his addiction.

Christopher Harvath, 44, has been diagnosed with intermittent explosive disorder, which can result in outbursts of impulsive behavior and violence. He said both his parents were addicted to drugs. At 16, he was sent to a juvenile facility after being caught stealing a car with a group of friends. He’d been sent to prison, ostensibly, to be rehabilitated. Instead, he emerged in 2004 hooked on drugs and has cycled in and out of prison ever since, pleading guilty to charges including breaking and entering, attempted grand theft, grand theft and grand theft auto. He said that at no point during his more than 10 stints in Ohio prisons has he ever been provided with drug treatment or mental health services. His most recent arrest and conviction came after stealing a car, leading police on a chase that ended with a five-car crash. Harvath and two other people were seriously injured. He’s now serving his longest sentence, of 12 years.

Read our full investigation and our previous “Testify” coverage.

Wesley Lowery is a Pulitzer Prize-winning journalist specializing in issues of race and criminal justice. At The Washington Post, he led the team awarded the Pulitzer Prize for National Reporting in 2016 for the creation and analysis of a real-time database to track fatal police shootings in the United States. He is also a correspondent for CBS News.

Ilica Mahajan is a computational journalist at The Marshall Project. She builds tools and analyzes data to uncover the complexities of the criminal justice system.