I Spent Over 40 Years Working in Corrections. I Wasn’t Ready for Rikers. 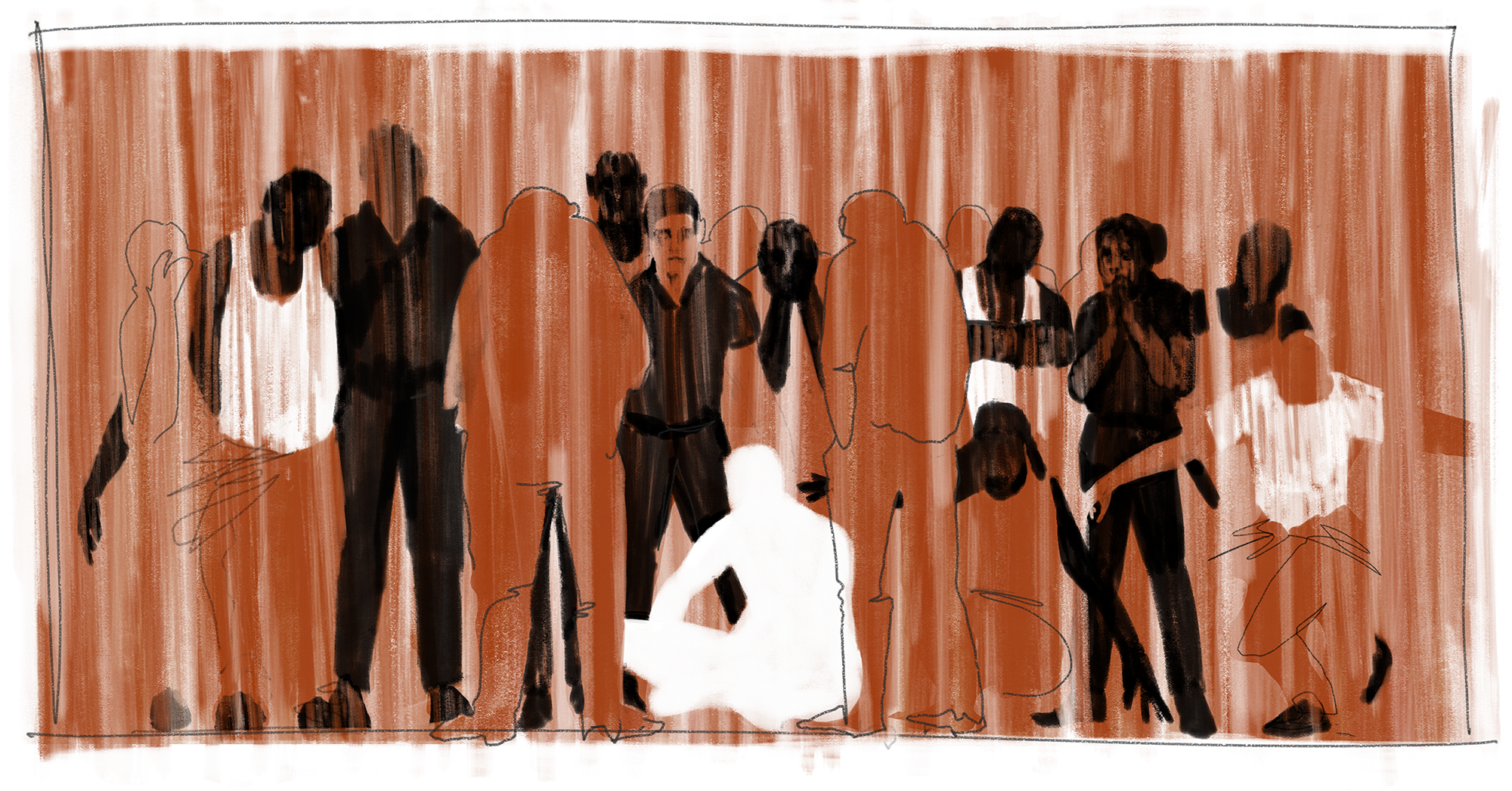 Ignacio Lobera for The Marshall Project
By Vincent Schiraldi
Perspectives from those who work and live in the criminal justice system. Sign up to receive "Life Inside" emailed to you every week.

I started as commissioner of New York City’s Department of Correction in June 2021. In that role, I was responsible for running New York City’s jails, including the legendarily brutal Rikers Island. Having spent 42 years in the criminal justice field, I thought I was professionally and emotionally prepared for what I would encounter. But even though I had headed up a probation department and a youth corrections system; served as an advocate, academic and non-profit director; and toured correctional facilities throughout the world, nothing could have been further from the truth.

During my seven months as corrections commissioner, conditions at Rikers consistently fell below my already-low expectations. Staff absenteeism soared, uses of force increased, programming and visitation declined, shank attacks skyrocketed, and deaths rose. Little has changed since I left last December. In my view, the chaos reflects our nation’s racist and destructive fixation on imprisonment. It’s Exhibit A for why we need to end mass incarceration.

The United States didn’t always imprison or otherwise detain almost 2 million people. Our unofficial march toward mass incarceration began in the 1970s with President Richard Nixon’s cynical War on Drugs. From 1972 to 2009, the nation’s incarceration rate mushroomed more than fivefold. With the 1973 passage of New York’s punitive Rockefeller Drug Laws, the state’s rate exploded alongside the nation’s. By 1996, the rate of people in its prisons and jails exceeded the nation’s by 30%.

Between plummeting violent crime rates, sophisticated advocacy, open-minded officials and a robust network of services, New York City’s average daily jail population has declined — from about 22,000 in 1991 to about 5,600 in January 2020. Unfortunately, our willingness to throw money at corrections seemingly knows no bounds. From 2011 to 2021, as the city’s jail population decreased by more than 60%, the budget for jails grew by $200 million.

And New York City’s jails have long been brutal. Conditions declined to the point where, in 2015, the city entered into a consent decree sought in Nuñez v. City of New York, a class-action lawsuit filed by prisoners. Nuñez plaintiffs accused the New York City Department of Correction of using excessive force, failing to adequately protect incarcerated people from violence, and inappropriately placing adolescents in solitary confinement.

Although I didn’t witness many outright, unprovoked beatings by corrections staff during my tenure as commissioner, I heard retired officers brag about brutalizing people they incarcerated. Most of the atrocities I saw were more reflective of the banality of evil, of the day-to-day, ritualized degradation of people living and working in jails.

By the time I set up my office on Rikers Island last June, morale was so low and staff were so fearful for their safety that thousands called out sick, either because they were truly sick or feigning illness. Others were AWOLing — simply failing to come to work without calling.

Many of the correctional officers who actually came to work refused to interact with incarcerated people, indicating that they had already “jailed” and now intended to work in civilian posts such as administrative assistant, driver or baker until they retired. And when they were ordered to work in jails, many who were healthy moments earlier used their unlimited sick leave to allege illness and go home.

This created a destructive cycle. Inadequate staffing on living units meant the people we were incarcerating were denied basics like showers, recreation, visitation and commissary. The neglect fomented frustration and violence, contributing to the already-terrible conditions and further exacerbating absenteeism.

The absences peaked last summer when thousands of staff were out sick — a number that spiked on weekends and holidays. Hundreds more were on light duty and still others AWOLed. Despite having the nation’s richest staffing complement — and costing almost $557,000 to incarcerate one person in New York City for a year — many people were working triple shifts on weekends. Dozens of living units went unstaffed to the point that incarcerated people couldn’t make it to medical appointments. For example, in April of this year, people in Rikers missed nearly 12,000 medical visits, according to Gothamist.

On those unstaffed units, homemade shanks proliferated, medical needs went unattended and people died. There were over 400 slashings and stabbings in Rikers facilities in 2021, more than triple the previous year. Sixteen people died at Rikers last year — at least six by suicide and four by drug overdoses. At publication time, 17 people have already died there this year, and slashings and stabbings are up.

By contrast, I was proud of the many officers who came to work despite COVID-19, violence and the risk of working triple shifts. Those staff members and many incarcerated people defied “Shawshank Redemption” stereotypes.

People we were incarcerating would urge me to send the officer in their unit home because she was exhausted. Several times, when staff were assaulted, incarcerated people defended them.

Other times, correctional officers would plead for commissary to be delivered to incarcerated people and for something as simple as haircuts to resume. They would also beg us to send people to recreation or religious services.

On the midnight shift the Friday before Father’s Day, I met an exhausted correctional officer working a triple while supervising two separate living areas. The previous day, a man on her unit had been expecting a visit from his daughter that looked like it was going to be canceled because there was no escort officer. When she informed him of the cancellation, he burst into tears, something no one likes to do in jail. She gathered all the men together and asked them to “be good” while she left the unit unguarded to escort him to his visit. If a fight had happened, she knew she’d be disciplined, perhaps even fired, for that act of insubordinate decency.

Many correctional officers came to us as decent, hard-working people eager to make a difference. But during my tenure, dozens of officers were arrested for crimes like drunk driving, discharging their weapons dangerously, and spousal or child abuse. In my view, somewhere between the onboarding of fresh-faced recruits and these arrests, the trauma they experienced on Rikers contributed to their illegal behavior.

Similarly, research by the Center for Court Innovation found that sentencing people to New York’s jails increased the likelihood that they would be rearrested within two years by 7%, versus others with similar charges and prior records who were not jailed.

Rikers makes almost everyone who encounters it worse.

After years of rampant brutality, deplorable conditions, stark racial disparities and high costs, Rikers Island is set to close in 2027. The current plan is to replace the sprawling island complex of eight lockups with four smaller, more decent jails throughout the city. But we must dramatically alter the culture of violence and apathy that pervades Rikers Island so it doesn’t migrate to these borough-based jails.

Decades of giveaways to correctional officer unions — like unlimited sick leave and a prohibition against hiring supervisors from outside of the city’s Department of Correction — have contributed to the destructive culture. The only path I see to real change is for the federal court already overseeing the Rikers Island consent decree to appoint a receiver to run the system while we reduce its population.

As the city’s jail population declines, officials should reinvest the money in the corrections department’s bloated budget into communities hardest hit by crime. Imagine if we spent the nearly $557,000 a year it takes to incarcerate one neighbor on community-based safety and reentry efforts. What if even a portion of the $1.34 billion the city budgeted for corrections in 2022 was reallocated to communities heavily impacted by incarceration?

We must also pay attention to the shocking racial disparities in our city’s jails. Black and Latinx people make up 52% of the New York City population but about 90% of jail admissions. Bolstering resources in neighborhoods of color disproportionately affected by incarceration will help those communities support their returning neighbors as we reduce incarceration.

Elie Wiesel once wrote, “The opposite of love is not hate, it’s indifference.” Rikers and jails like it throughout the country reek of indifference. It’s time for the city I love to close this place and treat staff and incarcerated people the way we’d want our own sons or daughters treated if they worked or were confined on Rikers Island.

The public information office of the New York City Department of Correction did not respond to questions about Rikers Island staffing by publication time. Nor did a spokesperson for the Correction Officers’ Benevolent Association.

Vincent Schiraldi is a senior fellow at the Columbia Justice Lab and a senior research scientist at the Columbia School of Social Work. He has served as commissioner of New York City’s Departments of Probation and Correction.