Between Addiction and Prison, I Left My Boy to Grow Up Without a Dad

With his release date quickly approaching, Ryan M. Moser reflects on the pain he caused his son — and his hopes for healing their relationship. 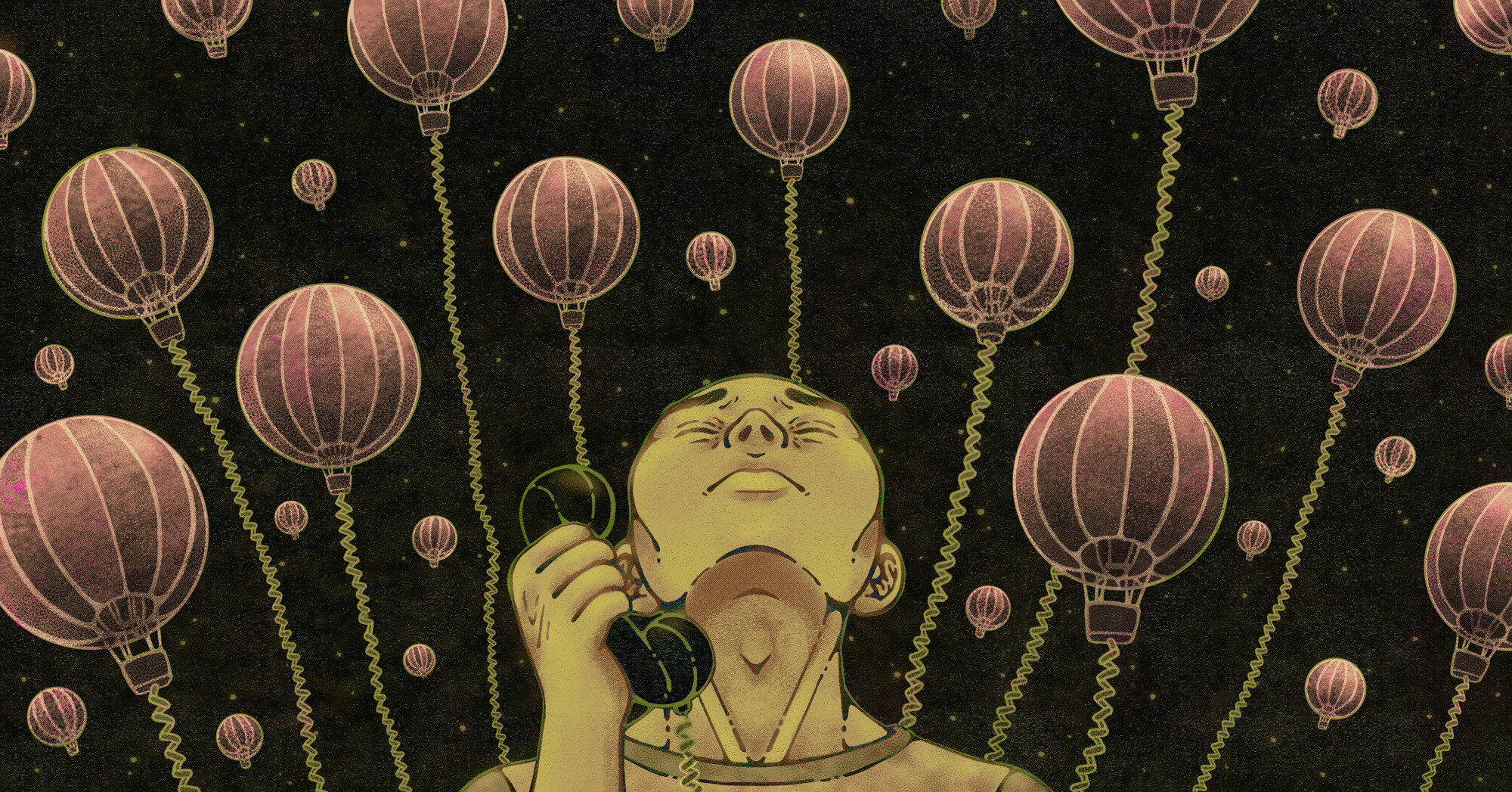 Sally Chen for The Marshall Project
By Ryan M. Moser
Perspectives from those who work and live in the criminal justice system. Sign up to receive "Life Inside" emailed to you every week.

Before I went to prison, I was a doting father in spite of my bitter divorce. I’d spend weekends with my boy, D., going to Philadelphia Eagles games and the Happy Tymes Family Fun Center in Warrington, Pennsylvania. We’d practice soccer in my backyard using a net I’d put up. I’d make him dribble around cones, taking shots while I stood in the goal. “Stick to the basics, son! Don’t show off until you’re good,” I’d call out. Then I’d purposely miss the ball, diving like Beckham himself had just gotten a zinger past me.

I lived by a small private airstrip, and we would lie in that same backyard watching rainbow-colored hot air balloons float through the sky. In the fall, when wood smoke drifted from nearby chimneys, D. would beg for a campfire in the backyard pit. I’d wrap him in a warm blanket and drink Guinness while he’d poke a coat hanger through a spongy cube of marshmallow and roast it to death. He’d giggle at the dripping mess of flaming sugar, and I would memorize all the little details of his face so I’d have enough memories to get me through another lonely week without him.

Still, I was so ashamed of being a part-time dad. My own biological father remarried when I was young and started a new family, seeing me only on the weekends. I felt like a phantom parent who floated in and out of D.’s life just like those hot air balloons — totally present and loving when we were together, and uninvolved when we were apart.

Raising D. on weekends was hard. Trying to raise him while I sat in a tiny cell dwelling on my mistakes was close to impossible. I first learned this at age 29, when I was hooked on alcohol, pills and cocaine, and I went to prison for three years for theft. This began a vicious cycle of addiction and incarceration — and leaving my boy to grow up without a father.

My first time inside, D. was 6. I was able to talk to him on the phone on Saturdays when he stayed at my mom and stepdad’s house. We’d shout over their dogs barking and laugh about their playful bickering.

“Poppy says Grammy shops too much, and Grammy yells at Poppy for farting at the dinner table!” D. told me once. “They’re so funny, daddy.”

D. loved to find a corner in the house and demand privacy for “daddy time” so he could tell me all about his week at elementary school. Then I’d teach him guitar chords over the phone, counting positions on the neck and telling him where to place each of his little fingers. We had long-distance learning down to a science, and it felt good.

“Just keep practicing,” I’d tell him. “You’ll get better every day, just like you did in soccer.”

“I almost forgot to tell you I scored a goal!” he’d announce.

I was proud of him, but hearing news like that brought out my deepest fear: I was missing my son’s life. Trying to explain my absence, I’d clench my fingers around the prison phone and fight back tears.

“You know that I didn’t leave you on purpose, right D.?” I remember telling him once. “I love you very much.”

But after a while, making an effort to stay in my child’s life from inside prison walls felt futile. Visits, phone calls, letters and emails are not the same as coaching Little League or teaching your kid how to write a book report.

D.was 11 when I went back to prison, again for theft. He was old enough to understand that I wasn’t out of town getting help and the gap between our affections widened. We still talked on the phone, but mostly on holidays. The conversations were sad and detached. I’d send him birthday cards and letters with no response.

I was only gone for 13 months, but it was enough to do harm. For years, his paternal role models had been grandfathers and uncles and cousins. Athletes on television. Heroes in novels. Everyone except me.

D. was 15 when I started my third bid: a 10-year sentence for burglary. Via sporadic emails and a yearly phone call at Christmas, I learned that he was excelling in school and still crazy about soccer.

When D. graduated high school, I should have been screaming from the bleachers; instead I was involved in a fight with my cellmate. Later that day, I opened an email from my mother and saw a photo of my beautiful boy in a cap and gown.

Since he no longer wanted to talk on the phone, I reached out via email over and over again. His responses grew further and further apart, and the occasional emails I did get were tough for any father to read.

“You let me down, so I don’t need you anymore,” he once wrote. “Just leave me alone.”

My love for my son was unconditional, but it wasn’t enough to keep me clean. It was selfish to get arrested and leave him to fend for himself, an unthinkable act of abandonment that hurt him to the core. I know this because he told me.

The hardship of serving time in prison paled in comparison to the existential crisis of missing my child growing older. When he received a scholarship to play soccer in college, I told everyone I knew. “I taught my boy how to play,” I boasted.

This year, when his junior college’s Division I team went to the NJCAA Championship game and lost, he played in front of other dads. Thousands watched him while I could only imagine it, staring at a photograph of a young man I barely recognized.

Years had changed my child into a man. His face, once round with crooked teeth, was now angular and handsome with a perfect smile. His hair turned from brown to strawberry blonde as his shoulders broadened and his confidence grew. He had a new freckle on his neck. A girlfriend I’d never met.

After serving seven years and three months, I’ll be released at the end of the year. I spend every day trying to connect with D. I know now that I didn't leave my son because I don’t love him; on the contrary, sometimes it feels like I love him more than I love myself. The irony is that when I was a terrible parent, I had every chance to raise him right. But now that I’m finally focused on my recovery and becoming a good person, my boy wants nothing to do with me.

Things can change, though. I know this because my own father and I reconciled while I was in prison. Although my dad died recently, we spent the last years of his life doing weekly video visits that I came to cherish.

I will reconcile with my own son someday because I’m fixated on reconnecting. If he accepts me back into his life, we will be able to get to know each other all over again.

I missed his high school graduation, but I’ll be in the grandstands when he graduates from college. I didn’t meet his first girlfriend, but I’ll be there for his wedding and the birth of his first child. Even though I didn’t get to cheer at his college championship soccer game, we will go to an Eagles football game next year and heckle from the stands.

When he breaks down some day and yells at me for not being in his life growing up, I will be in his life to hear it, happier than any man in the world to get yelled at by his son. No matter how hard it gets for us, I believe that we will heal the hurt and never be separated again.

Ryan M. Moser is in recovery from drug addiction and is completing a burglary sentence in Florida. His work has been published in dozens of literary journals and news outlets. Ryan received an honorable mention in nonfiction essays from PEN America in 2020. He is a Philadelphia native and father of two.