In New York City and other areas across the country some leaders are pushing to forcefully commit more people. 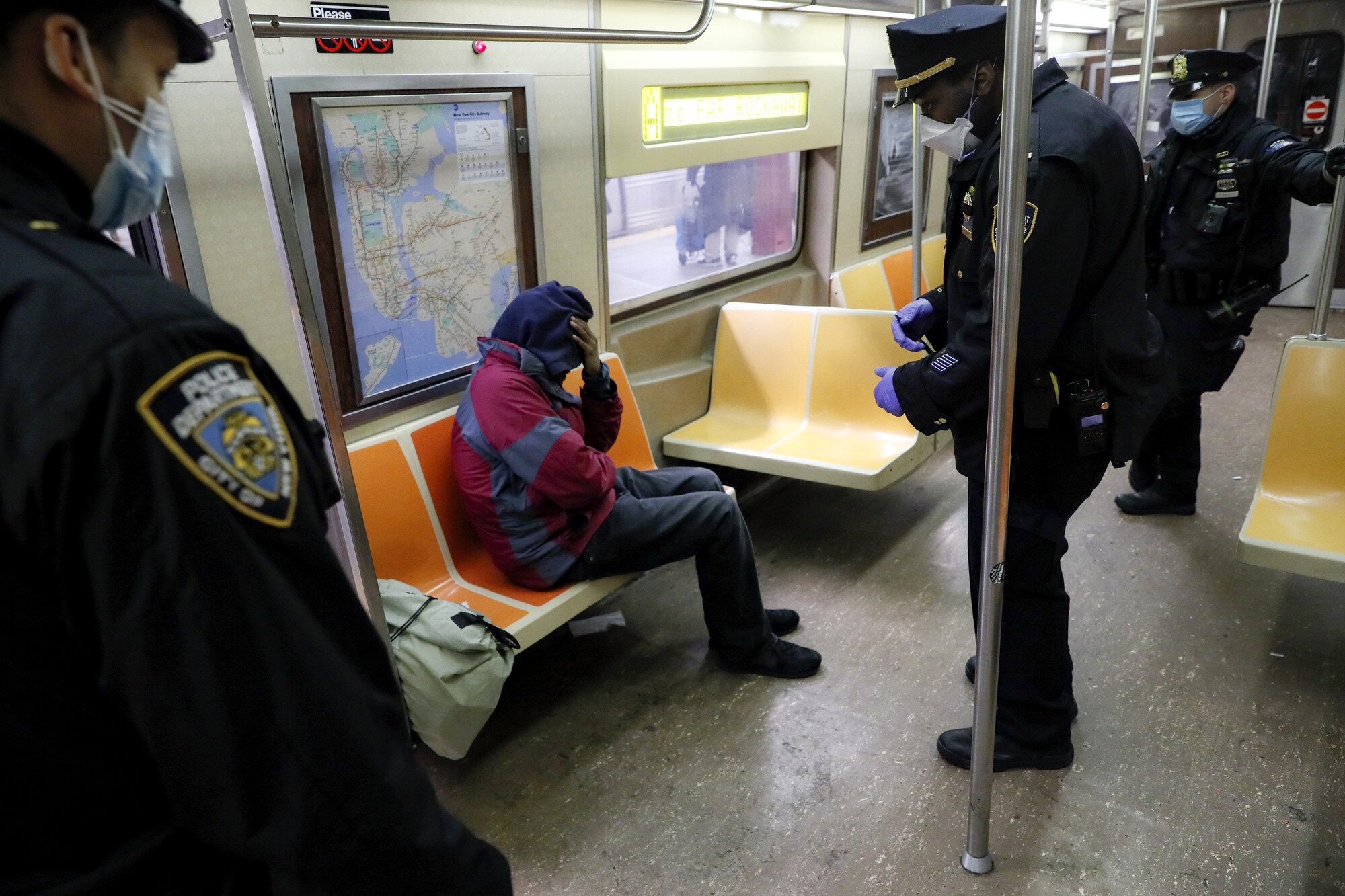 In late November, New York City Mayor Eric Adams announced a controversial policy that will lead to hospitalizing more people with mental illness against their will. Adams called it a “moral obligation” to ensure treatment for vulnerable New Yorkers, many of whom are unhoused and without psychiatric care. Critics said the move gives police too much power to detain people, and is merely a way to sweep those who are homeless from city streets.

Adams’ plan seems to lower the bar for what warrants a psychiatric hold, including anyone with a mental illness who can’t take care of their basic needs — even if they’re not an active threat to themselves or others. Adams, a former police captain, says state law allows this interpretation. But attorneys for a coalition of civic groups have filed a motion to stop the policy, claiming it violates the state’s mental health law and the Americans with Disabilities Act. The motion is part of an ongoing class-action suit over the city’s use of police officers to respond to mental health crises.

Across the country, communities are debating how to fix a broken mental health care system, and what role involuntary treatment should play. Wrapped up in this debate are mounting political fights over public safety and housing, with many politicians and news outlets equating homelessness with mental illness, and both with violence and crime. Research shows most people with mental illness are not violent, and that they are far more likely to be victims of crime than the general population.

Some groups are pushing to expand the use of involuntary psychiatric care, saying it can save lives, especially for those whose illness makes them unable to accept treatment. This week, The New York Times profiled one leader of this movement, psychiatrist E. Fuller Torrey of the Treatment Advocacy Center.

But disability rights groups say involuntary treatment tramples the civil liberties of people with serious mental illness. Even a brief psychiatric hold can be traumatizing, advocates say, and deter someone from voluntarily seeking help in the future. Instead, robust community mental health resources can prevent someone from ending up in crisis.

Other communities are considering tactics similar to Adams’. In California, Gov. Gavin Newsom signed a law this fall to order more people with schizophrenia and other disorders into treatment, or face conservatorship — when someone loses their independence and is appointed a guardian to handle their affairs. Newsom called the law a “new hope for thousands of Californians.” The state disability rights group said it would “unravel decades of progress for people with disabilities.”

There are looming problems for proposals like these. One is the severe, nationwide shortage of psychiatric hospital beds. Adams noted that New York Gov. Kathy Hochul was creating 50 more psychiatric beds but, he added, “We need beds. There’s no getting around that.” Critics say 50 more beds aren’t enough for the current need.

New York City’s community mental health providers, who offer care after someone is discharged from the hospital, are also stretched thin. Adams said that patients shouldn’t be released unless they have follow-up services. But Crain’s New York found that as of mid-November, over 1,000 New Yorkers are on a waitlist for mental health programs. Hospital systems elsewhere have come under fire for “boarding” psych patients in emergency rooms when there is no long term care provider to take them.

Under Adams’ plan, it will often be police deciding who to bring in for a psychiatric evaluation. Those encounters between officers and people in crisis can easily escalate, and end in use of force, criminal charges, or even death. An investigation earlier this year by the Washington Post found at least 178 cases nationwide between 2019 and 2021 when “wellness checks” or mental health calls ended in a deadly shooting by police.

Data suggests these policies are likely to disproportionately impact Black and brown people. Black New Yorkers make up 44% of the people currently receiving court-mandated treatment under one state law, though they’re less than a quarter of the city’s population. And in California’s Alameda County, which includes Oakland, Black residents made up over a third of involuntary psych holds, but roughly 10% of the county population.

The battle over Adams’ policy is ongoing. As one New York paramedic put it, “Our ambulances are simply the entrance to a broken pipeline … We must heavily invest in social services, housing and mental health care if we want to avoid this ongoing tragedy.”