Your article failed to mention any law enforcement personnel who use PowerPoint effectively. I have many positive examples, but the one below is timely...”

Thomas Manson of Terre Haute, IN

I enjoyed (and winced at) your PowerPoint Justice article. I have taught PowerPoint for Public Safety nationally since 1999 and the assessment of skills and applications of the program within public safety is unfortunately accurate.

Nationally, few law enforcement personnel (including Prosecutors) are trained to utilize the PowerPoint, and the training that is typically provided is taught by generalist city or county trainers without much knowledge of the job functions of public safety, or even of the real functions of the software itself.

The techniques addressed in your article which are causing reversals (red guilty letters over a defendant's face) were indeed taught in the late '90s and early 2000s by the National College Of District Attorneys in Columbia, South Carolina. They represent a ham-fisted application (along the lines of typewriter sounds as each letter of a word animates on the screen) to PowerPoint and are not in keeping with current standards.

PowerPoint when deployed properly is powerful tool for case management; both within a law enforcement department and in the courtroom. It has the ability to effectively manage all aspects of criminal case: Photos, videos, documentation, maps, and reports. Additionally when used by trained personnel, it has the ability to provide graphs, maps and animation which great enhance an audience's understanding of the case. When used effectively, I have seen it clarify that a case was not ready for trial, and also make "clear" complicated conspiracy and white collar cases.

Your article failed to mention any law enforcement personnel who use PowerPoint effectively. I have many positive examples, but the one below is timely:

Det. Ben Owens, North Las Vegas Police Department, utilizes a dynamically linked PowerPoint interface for Officer Involved Shootings, containing all officer reports, timelines, videos, media coverage, maps, animations, policy and guidelines for their department as well as their Prosecutor's Office, and contact information for the agencies involved. Not only does this allow NLVPD to make professional presentations both internally and externally, but the package can be easy uploaded for public access and review. This level of organization and openness is only made possible by understanding and effectively deploying PowerPoint. This application (OIS presentations) has implications far beyond case management; it has the ability to provide better, faster and more accurate information to the curious public. The positive ramifications post-Ferguson of such enhanced communication between a law enforcement agency and the public they serve are obvious.

It is unfortunate that so many examples of bad PowerPoint proliferate (both within Public Safety and outside in the general world), but many agencies, to their credit, have realized the need to train their personnel in this technical area and are doing so. The standards are rising; and the results are getting better. The failure here is not the personnel, but the information and training they were provided.

Thank you for the excellent article (we'll share it with our membership) and your interest in helping the Public Safety examine and re-invent itself. 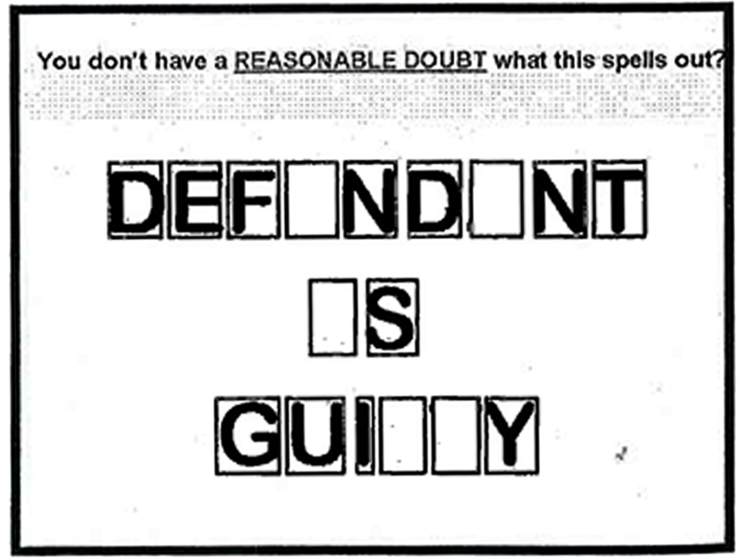 News December 23, 2014
PowerPoint Justice
When prosecutors slide around the law.
By Ken Armstrong