Contrary to the conventional wisdom, which always seems to reduce the issue of who receives promotions to a white versus minorities/women issue, the reality is more complex. ”

The recently published story, “Why is the FBI so White?” over-simplified a very complex issue that has many moving parts and is done a disservice when reduced to a black and white issue.

I am an African-American who retired from the FBI as an Executive Assistant Director. In my career in the FBI, one of the positions I held (circa 1990) was as a supervisor in the FBI’s Personnel Resources Unit which was largely responsible for the FBI’s Special Agent recruiting efforts. I worked with some very dedicated, creative and innovative employees who absolutely embraced the mandate to recruit more minorities into the ranks of the FBI’s Special Agent cadre. We reached out to Historically Black Colleges and Universities (HBCUs) and other relevant organizations, expended the vast majority of our advertising budget focused on the recruitment of more minorities and women and engaged in other efforts intended to expose the FBI to a wider potential applicant pool. We challenged the Applicant Coordinators in all of the FBI’s 56 field offices to do the same.

The response we received from the HBCU’s we contacted was disappointing, but also understandable. We were writing to university presidents and administrators who were born in the 30s and 40s and came of age during a time when the FBI did not enjoy a positive reputation in the African-American community. So the idea of these universities collaborating with the FBI to recruit future Special Agents from their campuses was clearly not an idea that was warmly embraced.

There are other issues related to the FBI’s recruiting efforts which include the requirement to have three years of post-college work experience before applying, starting salaries, a six-month long residential academy, the requirement to relocate to a destination not necessarily of one’s own choosing and a host of other challenges confronting future Special Agents that pose unique recruiting challenges.

I also sat on career boards ranging from those conducted locally at field offices to those conducted at FBI Headquarters for applicants seeking entry into the Senior Executive Service (SES). Contrary to the conventional wisdom which always seems to reduce the issue of who receives promotions to a white versus minorities/women issue, the reality is more complex. I sat on many SES boards addressing vacancies for which only white males had applied. I saw certain white males come up short in the selection process over and over again. I came to see that career familiarity was one of the principal factors guiding selections of the SES board. The candidates, who enjoyed a higher level of familiarity with the SES promotion board members, were more likely to receive promotions. Let me be clear here, this is not to suggest they were not qualified for those promotions only that other, equally and even more qualified candidates suffered from a lack of familiarity with board members and, in truth, therefore receive far less exposure before the board.

This is why throughout my career I strongly encouraged high performing minorities and women to continue to pursue promotions. Ultimately diversifying the senior ranks at the FBI will happen more effectively as those SES boards become more diversified and the benefit of the aforementioned career familiarity can be more generously spread (as well demanding that members of the board read all the resumes received in response to posted vacancies). However, I completely reject the notion that some sort of Star Chamber exists for the sole purpose of excluding women and minorities from reaching the ranks of the SES or that same population being excluded from the ranks of FBI Special Agents.

The race conversation is multi-dimensional and reducing it to only its most visible characteristics does a grave injustice to the subject. We need to re-calibrate these conversations in a manner that focuses on tangible methods of improving the diversity of the FBI’s agent and management ranks lest we find ourselves engaging in these same conversations twenty years from now.

LETTER TO THE EDITOR March 17
“Black, and other minority, people who may be considering an FBI SA career are the same people who can command big bucks in the business world, and the FBI cannot compete. ”
Responding to Why Is the FBI so White?
These letters written in response to 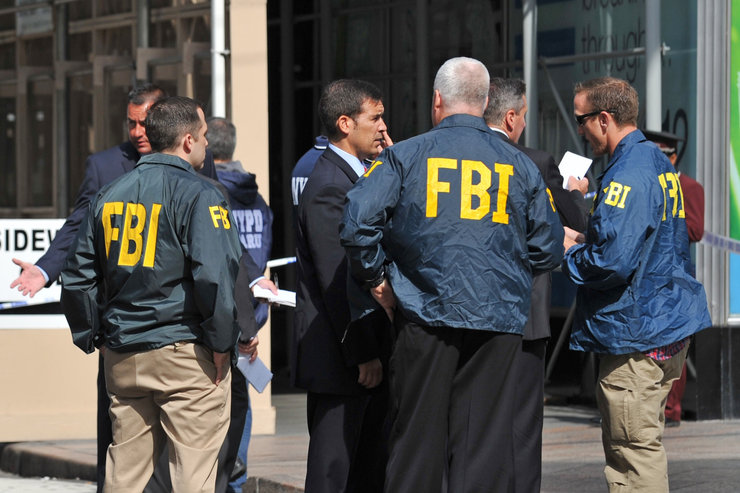 News March 12, 2015
Why Is the FBI so White?
The nation diversifies. The bureau, not so much.
By Simone Weichselbaum