When she objected to putting out her cigarette... she was saying, ‘Leave me alone.’”

When listening to the tape, I was struck by the way the relationship changed dramatically when the officer asked her to put out her cigarette.

Before, she was compliant and stayed in her car. When the officer asked if she was okay she said “Yes” and he believed her, I surmise, believing that she knew what was happening to her and was willing to cooperate at an intellectual level. But I believe she was not saying that at all.

The cigarette request was an invasion of her safety, in her mind, and she became frightened. Her personal space had been violated and she reacted emotionally. The officer did not understand that a threshold had been breached, thought her behavior was abusive, and chose to reconcile it with a power struggle, which Sandra believed she did not deserve and which was not appropriate for a turn light violation. She alternately fought back and remained calm.

What is missing is the officer’s lack of recognition the he was dealing with a volatile, frightened black woman stopped on a lightly traveled Texas road with no one around. He missed some important social cues, in my judgement, especially the critical one, when she objected to putting out her cigarette. She was saying, “Leave me alone.”

He missed the critical importance and volatility of that exchange and the power struggle ensued.

That’s what I heard and saw, mismanagement of a potentially dangerous situation. He saw it as an assault on his “lawful” power, she saw it as an invasion of her personal space. It was both; neither recognized it. 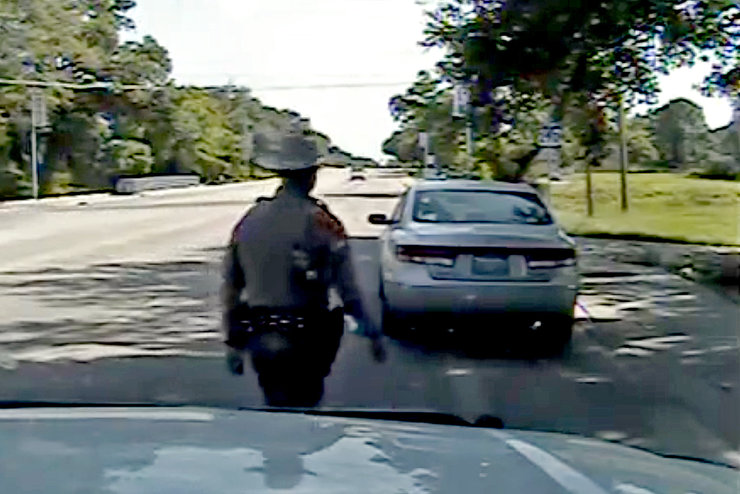 News July 22, 2015
What You May Have Missed in the Sandra Bland Video
And it has nothing to do with the arrest itself.
By Eli Hager