What to read in the aftermath. 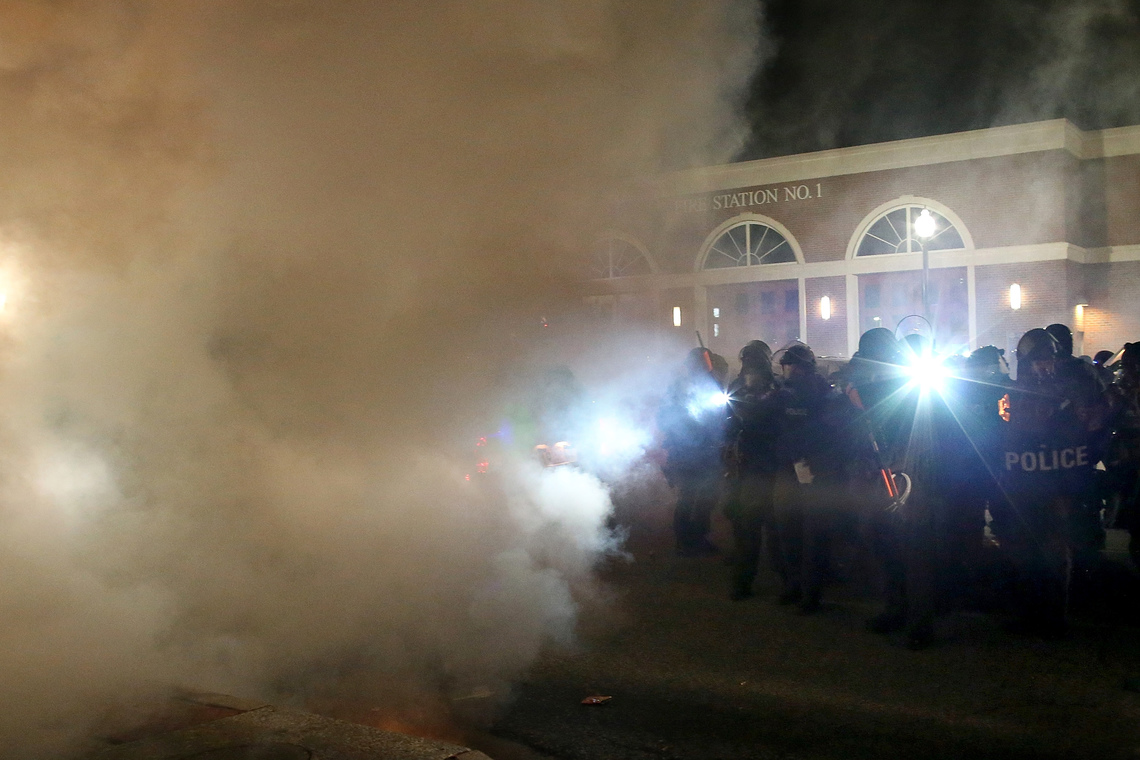 Police used tear gas to disperse demonstrators after the announcement of the grand jury decision in Ferguson, Mo., on Monday.

The sun had not yet risen Tuesday over Ferguson, Mo., before pundits began culling through the thousands of pages of grand jury documents released in the wake of the “no true bill” issued in the Michael Brown shooting case. Much of the commentary that has come from these day-after reviews falls into three groups: 1) St. Louis County prosecutor Bob McCulloch cynically manipulated the grand jury process itself; 2) Ferguson police officer Darren Wilson was handled deferentially, almost reverentially, by grand jurors; and 3) despite the conflicting nature of the eyewitness testimony in the case a prosecutor intent on doing so easily could have persuaded grand jurors to indict.

Each of these points raises a larger question about how much power prosecutors have at this stage of a criminal proceeding. McCulloch, the veteran prosecutor who sounded like a defense attorney Monday, could have indicted Wilson himself—and still can. He could have limited the testimony grand jurors heard to only those witnesses who undercut Wilson’s claims and buttressed a claim of murder or manslaughter. He could have told his subordinates, the ones who interacted with grand jurors, to aggressively cross-examine Wilson, challenging some of the assertions the police officer made. Prosecutors employ these tactics all the time. McCulloch and company could have done all these things and still the grand jury might have concluded that no indictment was warranted. But we will never know.

There are many lessons about criminal justice that have emerged from this tragedy. One is that the grand jury process can and is used both as a weapon and as a shield by prosecutors. Defense attorneys, judges, suspects, and grand jury witnesses have known this forever. Now you know it, too. Will it be one of the topics Attorney General Eric Holder brings up next week as he begins a new round of conversations about criminal justice reform with local and regional leaders? Probably not. There are much grander problems to solve. Here are just a few more pieces worth reading as you head into your Thanksgiving holiday (and check out our Opening Statement newsletter for more coverage of the criminal justice issues raised by the death of Michael Brown).

• What it felt like to be a “suspicious” black teenager. (The Wall Street Journal)