Last week, the Federal Aviation Administration published a 12-page memo encouraging local police to identify individuals flying what it calls "Unmanned Aircraft Systems" without the agency's permission. The label covers a huge swath of remote-controlled planes and copters, from large, fixed-wing industrial crafts that can be used for surveying or agriculture to the 4-ounce quadcopters sold for $40 as toys. 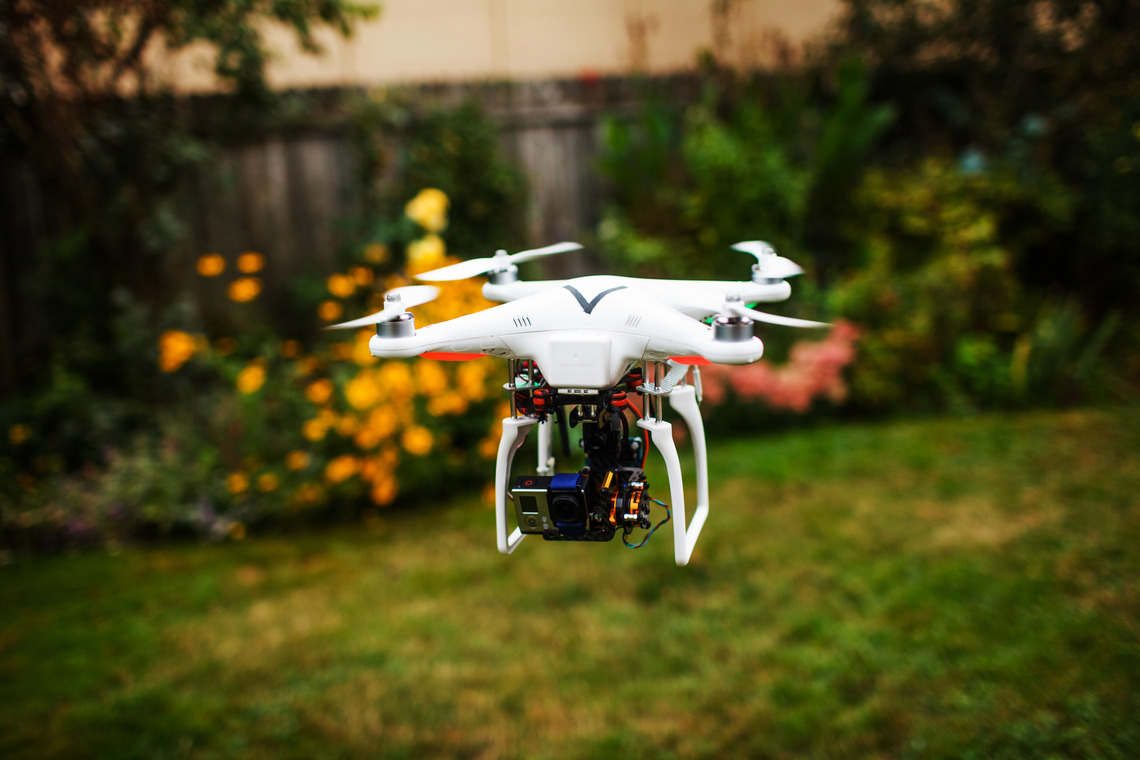 The Phantom 1 drone, popular with hobbyists.

The document lays out the agency’s restrictions on drones, summarizing policies that have been in place for months or even years. With a few exceptions, commercial drone use, with or without cameras, is not allowed. Hobbyists can fly small drones – no higher than 400 feet – and away from airports, stadiums and Disney Parks.

But what’s most notable about the memo is not the regulations, but the fact that the FAA is doing something it has never done before: Publicly asking local cops throughout the country to help it police drones. Among the agency’s requests, it wants cops who spot unauthorized flights to alert the regional FAA office, identify the drone’s pilot, collect names of witnesses, photograph the scene, and gather evidence for FAA investigators.

Observers of the burgeoning drone industry, however, see the FAA’s plea as unrealistic. In 2012, Congress instructed the agency to craft new rules – which are expected to go into effect in 2016 at the earliest – to allow unmanned aircraft to operate in the U.S. In the meantime, thousands of drones are being sold each year, making it increasingly difficult for the FAA, or anyone else, to track and regulate their use.

"It will be impossible for this agency to control what consumers are doing with these devices in their backyards and town parks," says Brendan Schulman, head of commercial drone law at the New York City firm of Kramer Levin. Late last year, Schulman petitioned the FAA to treat small drones of 3 pounds or less – the FAA currently considers anything under 55 pounds as “small” – as a separate class and ease the restrictions.

There’s no shortage of companies waiting for the airspace to change, so they can get to work. More than 200 have applied to the FAA for exemptions from its commercial ban. Only 14, including film production outfits and realtors, have received one thus far. That backlog, coupled with the long delayed new rules, has led countless other companies to simply ignore the FAA and keep flying. "The technology got ahead of the rulemaking, which often happens,” says Jennifer M. Nowak, who specializes in aviation regulation in the Washington, DC offices of the law firm of Holland & Knight. 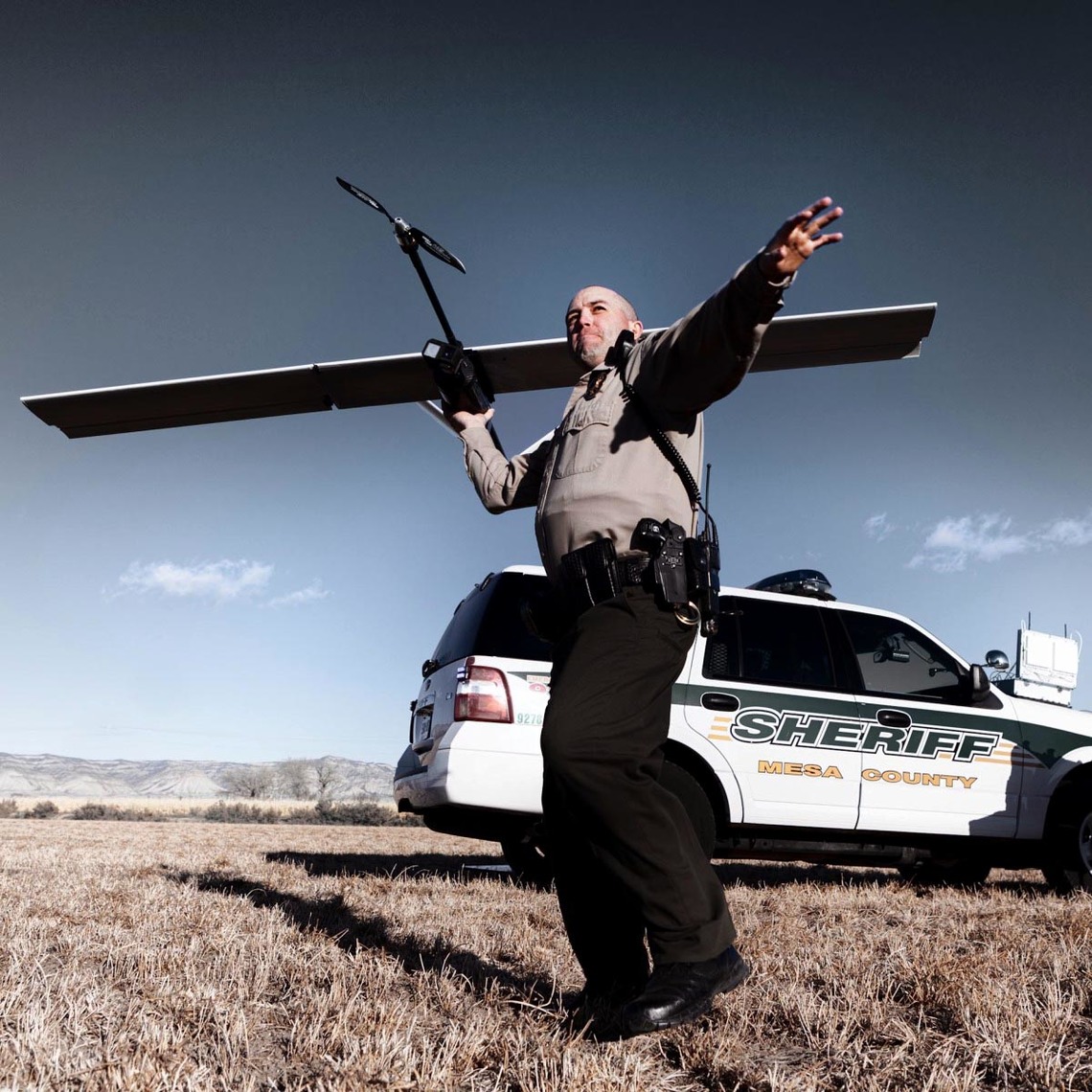 Deputy Derek Johnson of Colorado’s Mesa County Sheriff’s Office, one of the only departments in the country with permission to fly drones.

The FAA has a multi-tiered approach to enforcing the drone ban, starting with warning letters to suspected unauthorized pilots and culminating in civil fines. To date, Dorr said, the agency has assessed fines in a grand total of five cases where it deemed drone flights careless or reckless. Hence the effort to enlist local law enforcement. But many in the industry argue that drone regulation shouldn’t be the mission of cops on the street. "Local governments are not familiar with the [unmanned aircraft system] drone regulation," says Nowak. "You could run into issues where the local law enforcement just doesn't know what to look for."

In one case in Ohio last spring, a hobbyist was charged with a felony of obstructing official business after he filmed the scene of a car crash from the air with his quadcopter. The charges were later dropped. More recently, in late December, an incident in England underscored the difficulty for local police getting involved in aviation policy. A drone operator who had permission from the country's Civil Aviation Authority to fly was arrested while his craft was still in the air. Three officers handcuffed the photographer and tried to land his quadcopter themselves.

But the bigger hurdle to proper enforcement may be getting officers, burdened with a slew of other calls, to look out for drones in the first place. “There’s no way we're going to do that,” says Heather Benjamin, the public information officer of Mesa County sheriff’s department in Mesa County, Colo. The department is one of the few civilian police agencies in the country with federal permission to fly a drone. Since 2009, the department has used several drones to police the county’s more than 3,000 square miles. According to Benjamin, an unmanned helicopter and a fixed-wing remote controlled plane have replaced an airplane in aiding rescue missions, searches for fugitives, and aerial crime scene photography.

Despite the department's enthusiasm for using drones (safely and ethically), Benjamin had not heard of the FAA's memo and believes it's unlikely sheriff's officers would help track drone usage. "We're not going to police something for the FAA," she says. "That's not the business that we're in. We have enough on our plate."