Anyone in Favor of Child Sex Slavery?

Not in Congress. But what do all those anti-trafficking bills actually do?

In January, Congress marked National Slavery and Human Trafficking Awareness Month by introducing at least 24 bills aimed at eradicating the problem — 12 of which have already passed the House with uncharacteristic speed.

“We cannot sit in silence while this problem still exists,” said House Majority Leader Kevin McCarthy (R-CA) in a press release. “I’m hopeful that these bills will be passed through the Senate, sent to the President’s desk, and finally become law.” 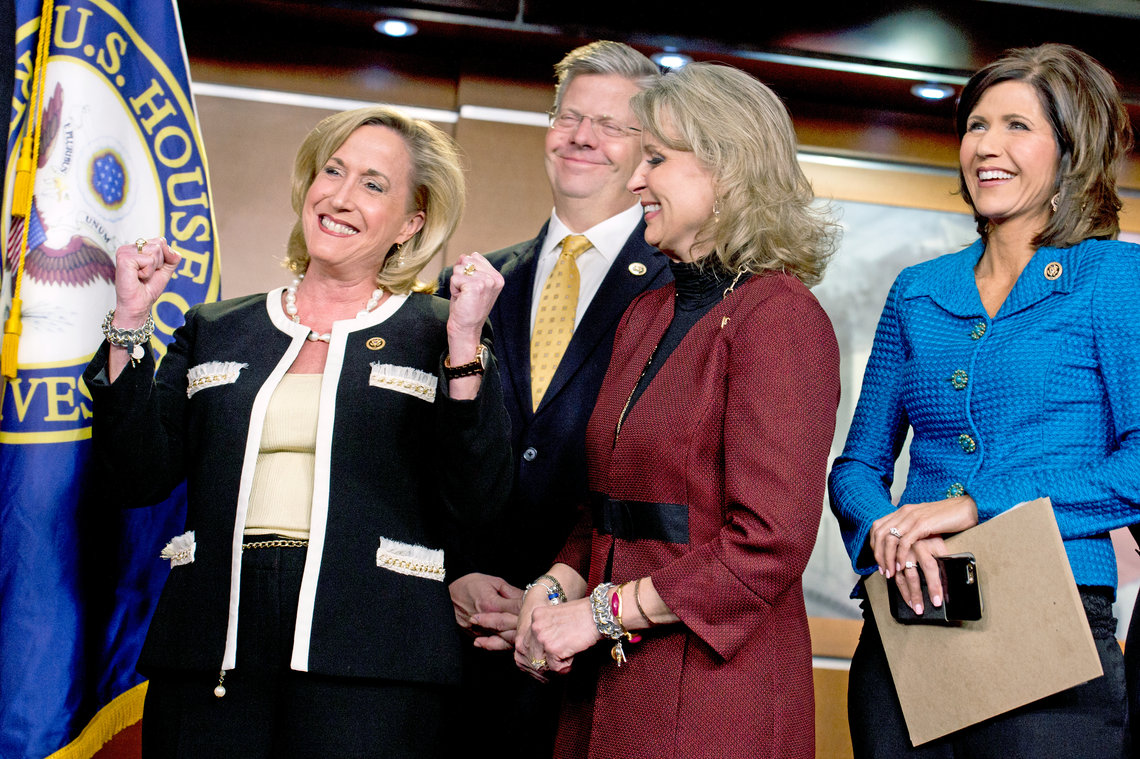 But the bills have had a mixed reception among anti-trafficking advocates. Many have praised Congress’s renewed focus on the issue, while law enforcement-wary reformers say the bills don’t go far enough to make sure victims aren’t also caught up in the criminal justice system.

Most of the legislative focus is on child sex trafficking, generally considered the most reprehensible (and politically popular) issue to address. Last week, a state lawmaker in Utah proposed executing those convicted of child sex-trafficking. "The public… seems pretty supportive of doing something like this to the people that are predators on our children," he told the Associated Press.

Here’s a look at what some of the pending legislation would do:

Expand the definition of a “trafficker.”

The Justice for Victims of Trafficking Act introduced by Reps. Ted Poe (R-TX) and Carolyn Maloney (D-NY) widens the definition of a trafficker under federal law to include those who “patronize or solicit” sex from a minor, if they knew or “recklessly disregarded the fact” that the person was underage. If convicted, such patrons would face a 10- or 15-year mandatory-minimum sentence, depending on the juvenile’s age. During a congressional hearing on the bill, Rep. Poe said, “That’s why we build prisons. For people like that — the demand, and the traffickers.”

The Stop Advertising Victims of Exploitation (SAVE) Act goes even further, by including those who host advertisements of trafficking victims, even unwittingly. Offenders would be subject to the same mandatory minimums as other traffickers. A coalition of civil-liberties and open-internet advocates have rebuked the bill for holding online publishers criminally responsible for their users’ content, which they claim would stifle online speech and commerce.

The bills touch on a major divide within the anti-trafficking movement. “End Demand” advocates say tougher enforcement against “johns” — those charged with buying sex — and middlemen, like advertisers, will decrease demand and prevent sex trafficking. Those opposed to the approach argue it forces transactions further into the shadows and leaves those in prostitution (both forced and otherwise) vulnerable to more abuse.

Increase law enforcement’s funding and tools to track down traffickers.

Several bills would give police and prosecutors more resources to arrest and prosecute traffickers: from increased grant funding to the creation of an “international sex offender travel notification system” in the U.S. and abroad. Poe and Maloney’s bill, as well as a Senate proposal, suggests giving police more money and leeway to wiretap phones in the course of trafficking investigations. Lawmakers have also recommended training for Border Patrol and TSA agents to recognize the signs of trafficking.

Sex worker advocates have criticized a police-first approach to ending trafficking, and worry what heightened enforcement means for those in prostitution due to circumstance or choice. “There’s definitely an impact on communities when there is increased policing, criminalization and surveillance,” said Kate D’Adamo, national policy advocate at the Sex Workers Project. While sex worker rights is not exactly a politically popular issue on Capitol Hill, broader civil liberties interests share their concern. Meanwhile, police and prosecutors argue such resources are essential to put traffickers behind bars.

Rep. Erik Paulsen’s (R-MN) bill would create financial incentives for states to adopt “safe harbor” laws: a broad category of policies that try to avoid charging juvenile trafficking victims with prostitution-related crimes and provide victims with services. States with laws that “discourage the charging or prosecution” of minors for prostitution and “encourage diversion” instead would get preference for certain federal grants under Paulsen’s proposal.

“Discourage” doesn’t necessarily mean that prosecution of minors for prostitution would end. While 22 states have full or partial safe harbor laws on the books, only three as of 2013 (Illinois, Nebraska and Tennessee) provide full immunity from prostitution charges for anyone under 18. Many states have laws that allow youth arrested for prostitution to be diverted to other programs, some of which dismiss charges only upon fulfillment of various court requirements.

Poe and Maloney’s bill would also give grants to court programs that provide “continuing judicial supervision” of potential victims — whether or not they’ve been charged with any crime. None of the bills passed by the House address vacatur laws, which make it easier for trafficking victims to clear their criminal records.

Make it easier to connect victims — and potential victims — with social services.

Many of the bills call for more social services for trafficking victims — although most of the measures do not address funding. Rep. Karen Bass (D-CA) and John Kline (R-MN) proposed financial incentives for states to create specific programs or laws providing for victims of child sex trafficking, while Rep. Kristi Noem (R-SD) would open grant money to organizations that provide housing to trafficked individuals. Lawmakers in the House and Senate have introduced bills to increase services for runaway and homeless youth, considered especially vulnerable to traffickers.

One of the bills yet to be voted on is a relatively simple proposal from Rep. Michael Honda (D-CA): allow trafficking victims themselves to advise Congress on anti-trafficking legislation.