The White and the Blue

When police responded to a shooting in the Boston neighborhood of Roxbury last week, they found a young man wounded, no gun, and snow--lots and lots of snow.

The snow does “does make it slightly more complicated,” says Boston Police spokesperson Officer Rachel McGuire. “It gives the ‘bad guys’ a little bit of an edge, because it is another way to conceal a weapon.”

Boston and the surrounding area has experienced snowfall this season that has broken--or buried--records and sorely tested the city’s aging infrastructure. More than six feet has already fallen this winter, and since temperatures have remained below freezing, the stuff doesn’t melt but just piles up. Like the two-way streets plowed down to one lane, the subways whose motors short out in wet cold weather, and jury selection in the Tsarnaev trial (delayed when the courthouse closed for two days during a storm), the landscape of Boston’s crime and policing is inevitably impacted by the snow--though not always in the ways you’d expect. 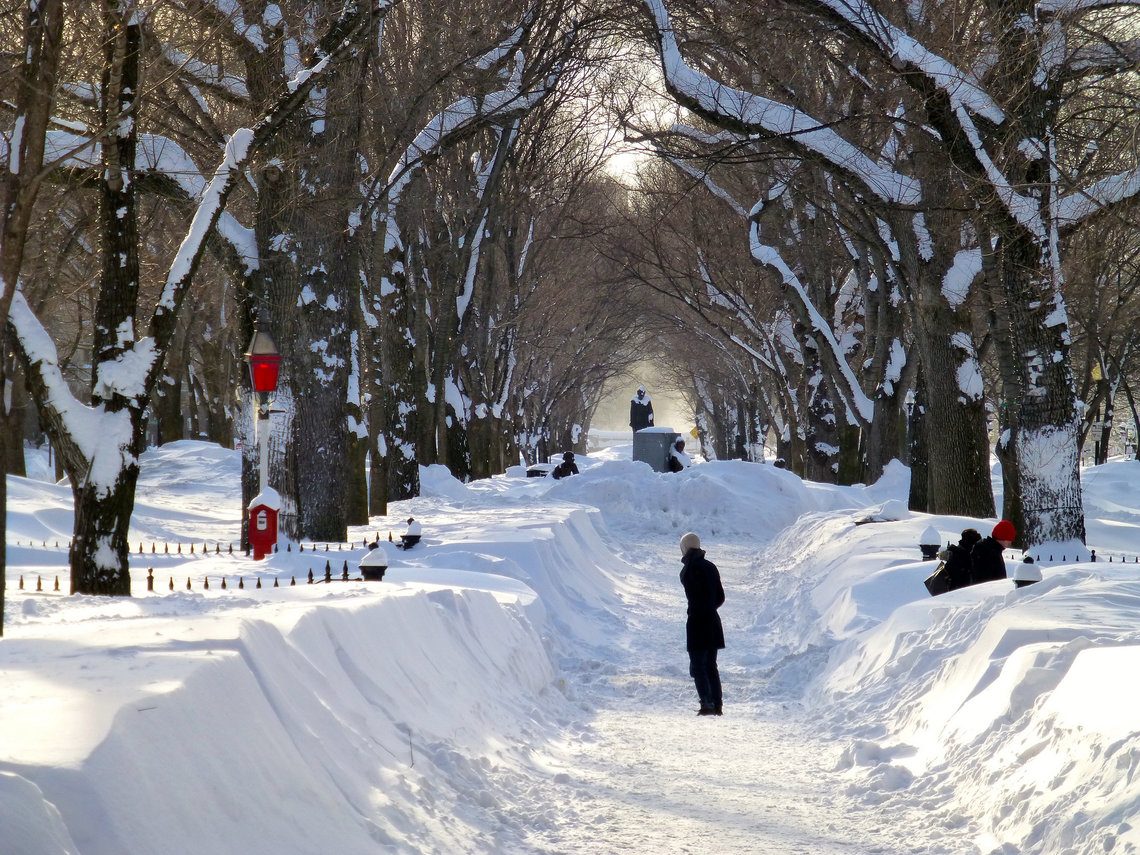 “We hope it snows every day!” Boston Police Commissioner William Evans said at a news conference this week. With the snow complicating travel, "we don't have as many people out as we normally do and we have seen a good reduction [in crime]." Violent crime is down 5% since the snow began, a Police Department spokesperson confirmed.

What’s more, in several incidents, the snow provided a break to officers investigating a crime. In Worcester this week, officers followed fresh footsteps out the back door of a bar that had just been robbed; they led police directly to the thief. And in Roxbury, fresh tracks led officers to a mound of snow where they found a gun buried. “So far we have been really good at tracking down those illegal firearms that criminals have attempted to conceal in the snow,” says McGuire. “We do have dogs available that can track firearms. But really it’s just teamwork and being on the lookout.”

Still, the snow tests the limits of area residents, several of whom have been victims of “snow rage” as gridlock and endless shoveling causes frustrations to mount.

Boston’s fleet of police cars is made up primarily of rear wheel drive Crown Victorias, which handle poorly in the snow. But McGuire said response times are not down, and police have been reporting to work as always. “We’re police officers. We’ve got to come to work no matter what,” she says. “Especially in the snow.”