It’s not just about bad haircuts and peanut butter. 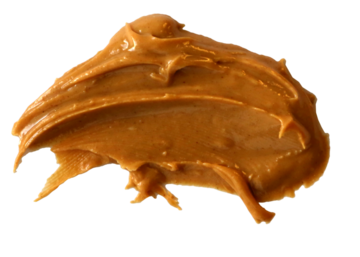 Sometimes prisoners sue over bad haircuts and melted ice cream. But it’s often much more serious than that. In recent years, inmate lawsuits have led to reforms that reduced overcrowding, prison violence and the use of solitary confinement. Some inmates, using handwritten petitions, have even successfully brought and won cases before the Supreme Court.

That’s no small feat. Inmates seeking access to the courts face significant hurdles due to the Prison Litigation Reform Act (PLRA), a 1996 law designed to filter out frivolous filings and decrease litigation by making it more difficult for inmates to gain relief in federal courts.

Next week, the Supreme Court will consider a case that could further restrict prisoners’ access to the courts. The case, Coleman-Bey v. Tollefson, concerns the PLRA’s three-strikes rule, which says once an inmate accumulates three case dismissals, courts can no longer waive the $400 filing fee in future federal cases.

André Lee Coleman-Bey, the prisoner who brought the case, has been incarcerated since 1983 for armed robbery. Over his three decades in prison, he has sued three separate times, and each time the filing fee was waived. All those cases were eventually dismissed, and Coleman-Bey’s third dismissal is pending appeal. But when he attempted to file a fourth suit, the district court judge would not waive the fee, citing the PLRA. Coleman-Bey earns 17.5 cents an hour working in the kitchen. If he worked the maximum 30 hours every week, it would take two years to save the money to file his suit. The question before the court is whether a dismissal on appeal should still count as a strike.

“If a prisoner can’t waive the filing fee, they are basically out of luck and out of justice,” says Nan Aron, President of the Alliance for Justice, a group that advocates for court access. The Alliance for Justice recently released a report in anticipation of the opening arguments for Coleman-Bey that describes the history of the PLRA and some of the cases that were cited in order to drum up support for the bill.

During the debate in Congress over the law, PLRA proponents liked to cite the tale of an inmate who sued because the prison canteen sent a jar of crunchy peanut butter when he had ordered the creamy kind -- a prime example of frivolous inmate litigation. But the issue was not the peanut butter. The inmate sued because after he sent the peanut butter back he was still charged $2.50, and he had no other way to recover the money. Jon O. Newman, a judge on the U.S. Court of Appeals for the Second Circuit, set the record straight in 1996, but Michigan Attorney General Bill Schuette cites the chunky peanut butter episode as an example of baseless litigation in a brief filed to the Supreme Court in the Coleman-Bey case.

“That the PLRA was enacted based on faulty assumptions about prisoner lawsuits makes the expansive way in which it—and, in particular, its three-strike provision—has been interpreted all the more disturbing,” states the Alliance for Justice report. Lower courts have interpreted the three-strikes rule broadly, handing out strikes not only based on dismissals, but even technical errors and poor timing.

The Coleman-Bey case is the first time the Supreme Court has taken up the “three strikes” provision of the PLRA. Other PLRA restrictions have been considered by the Supreme Court, and mostly upheld. Inmates lose more cases and win fewer settlements since the PLRA was passed over two decades ago.