Cecil Clayton, a Man Missing Part of His Brain, is About to Be Executed

And he is not the first.

By Maurice Chammah
Looking Back at the stories about, and excerpts from, the history of criminal justice.

Tomorrow, Missouri is set to execute Cecil Clayton, who shot sheriff’s deputy Christopher Castetter in the head in 1996 after the lawman was sent out to handle a dispute Clayton was having with his girlfriend. His guilt has never been in doubt. Instead, his attorneys argue that he should not face the death penalty because, as their spokesperson put it in the subject line of a press release: “Man with Part of Brain Removed & Dementia is Not Competent for Execution.” 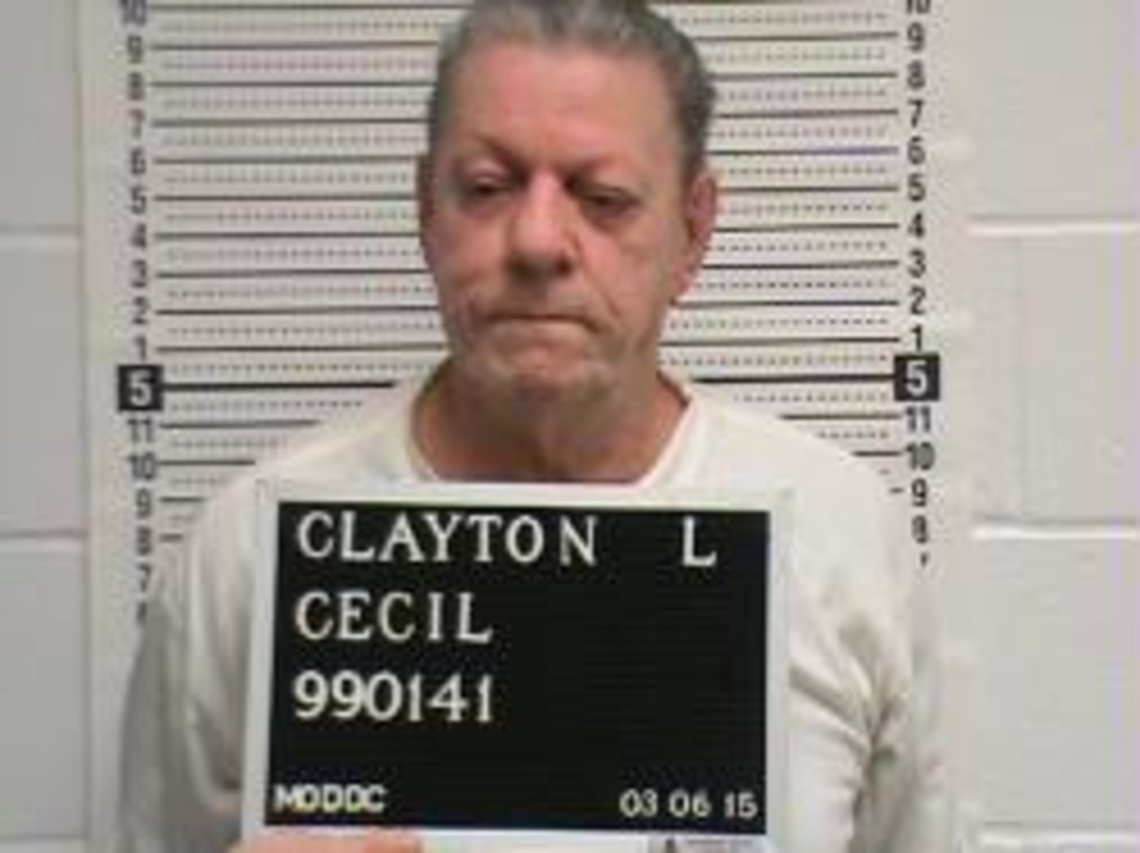 Clayton had lost 20 percent of his frontal lobe — the part of the brain that governs impulse control and judgment — in 1972 when a piece of wood from a sawmill flew into his face, “driving pieces of his skull into his brain.” Over the next two decades leading up to the murder, his behavior grew increasingly erratic and violent, and now, his attorneys and several doctors say, he’s only worse after another two decades on death row. A forensic psychologist examined Clayton, who is 74, last month and wrote in a report, “He still engages in delusional denial that his execution will not take place relying on divine intervention in some form so he can pursue a gospel ministry as a preacher and sing with the best pianist in Missouri with whom he will tour the nation.” There are few signs that the courts or Missouri Governor Jay Nixon will step in. Castetter’s family supports the execution.

A variety of Supreme Court decisions have tried to limit executions of people who were either mentally ill when they committed murder or whose mental health has deteriorated to the point where they do not know why they are being executed. Those efforts have had uneven success, in part because certain murder victims — notably police officers — engender a particular prosecutorial zeal.

In fact, this is not the first time that someone missing part of his brain has faced an execution for the murder of a police officer. There’s a historical example, and a long, fascinating article about it that prominently features Bill Clinton’s first presidential bid, which sheds light on Clayton’s case and why his advocates’ efforts face such an uphill battle.

In a 1993 story for The New Yorker, Marshall Frady wrote about the execution of Rickey Ray Rector, who shot police officer Robert Martin and then turned the gun on himself. Rector had not died, but ended up with what amounted to a frontal lobotomy. Frady wrote that Rector ended up with “a dim simplicity that the surgeon who operated on him likened to that of the Jack Nicholson character after his lobotomy in ‘One Flew Over the Cuckoo’s Nest.’” Rector’s understanding of his own situation was so diminished that when the time came for his last meal, he left a piece of pecan pie aside “for later.” His case, Frady wrote, “became a test in Arkansas of the lengths to which a society would pursue the old urge to expiate one killing by performing another.”

But more than a test for society, Frady explained, it was a test for Bill Clinton.

As the governor of Arkansas and the Democratic nominee for president in 1992, Clinton had to watch out for accusations that he was insufficiently tough on crime. Just one election cycle earlier, his Democratic predecessor, Michael Dukakis, had found his own presidential ambitions destroyed after the Republican party effectively blamed him for a furlough program in Massachusetts that allowed a murderer, Willie Horton, to get out of prison and commit several rapes. (“By the time we're finished,” one Republican operative said, “they're going to wonder whether Willie Horton is Dukakis' running mate.”) It didn’t help that Dukakis opposed the death penalty. Rector’s execution offered Clinton a surefire way to distance himself.

As the one political figure who could stop Rector’s execution with executive action, Clinton did not question whether his extreme mental illness might qualify him for a pardon (ironically, it would be a Republican governor of Arkansas, Mike Huckabee, who would take clemency seriously years later). Instead, Clinton flew home from the campaign trail to sign the death order in person.

But seen in the light of Clayton’s upcoming execution in Missouri, the Clinton-Rector affair also features a lesson about the death penalty’s long and slow decline in America. Simply put, murders of police officers are still the one kind of case that engenders almost no public sympathy for the condemned and may continue to result in executions long after the death penalty has mostly disappeared.

Politically strong police unions still widely support the death penalty. In Michigan, a state where the death penalty has been abolished since 1847, a state legislator recently introduced a bill to bring the punishment back for those who kill police and correctional officers. Prosecutors in Austin, Texas, took David Lee Powell to trial three times for his 1976 murder of police officer Ralph Ablanedo. Powell was finally executed in 2010, making him the longest serving death row inmate ever to be executed in Texas. At his execution, more than a hundred Austin police officers took buses, chartered by their department, three hours east to Huntsville so they could stand at attention in nearly hundred-degree heat as Powell died.