If police had recorded his interrogation, would Max Soffar be on death row?

Max Soffar, one of the longest-serving death row inmates in Texas, will turn 60 this December, though he might not make it that long, owing to the cancer in his liver. Sentenced to death in 1980 — and at a retrial in 2006 — for murdering three teenagers in a bowling alley, Soffar has been in the news a lot lately, owing in part to his impressive list of supporters who are aggressively backing his claims of innocence and his plea for a compassionate release. The list of supporters includes Andrew Horne, a partner at the international law firm Kirkland & Ellis, who is handling his appeals pro bono; journalists, including Texas Monthly writer Michael Hall, whose recent reporting offers a full picture of the case to date; the ACLU; and Barry Scheck of the Innocence Project. 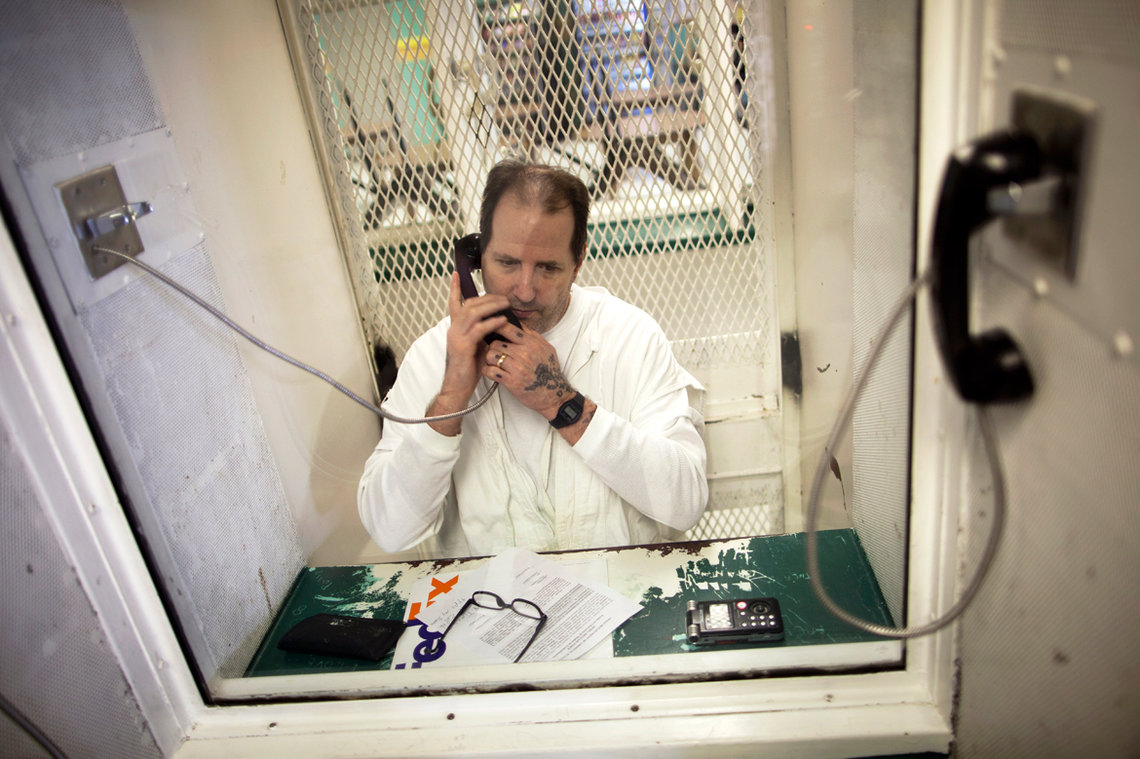 Max Soffar at the Polunsky Unit in Livingston, Texas, in December 2012.

The prosecutors and police who built a case against Soffar are certain he is guilty. One prosecutor, Lyn McClellan, also doubts the seriousness of his cancer. ("I've had lots of promises-to-die resolutions," the prosecutor told the Houston Chronicle. “Let me put it this way, Max is not about to die anytime soon.”) Soffar, prosecutors and police point out, confessed to the murder, and a recording of his confession helped convince two different juries of his guilt.

But had Soffar been arrested today, there is one piece of evidence that could have helped judges, journalists, and the public definitively swing one way or another on the question of his guilt: a recording of his interrogation. Before digital recording, it was not feasible or common to amass the reams of tape that would have been necessary to record Soffar’s conversations with police, which lasted more than 26 hours over three days.

On April 9, Texas lawmakers will discuss whether to pass a bill requiring that police record interrogations of suspects for violent crimes. In recent years, at least 20 states and countless smaller jurisdictions have enacted similar policies. President Obama had promoted such a law when he was state senator in Illinois. And last summer, the Department of Justice followed suit, requiring that the FBI and other federal investigative agencies record interrogations.

Recognizing that it is possible to confess to a crime you did not commit, policymakers hope that recording the interrogation — and not just the confession — will allow the jury, the judge, and attorneys on both sides to determine whether police used coercive interrogation tactics that often precede false admissions of guilt.

A shift towards recorded interrogations may not be inevitable, however. A bill on the subject failed to gain momentum during the 2013 session of the Texas legislature, and it is difficult to tell if it will fare better this time around. Opposition has tended to come from prosecutors, who worry that if recordings are required and police fail to make them, it can undermine the entire case against an otherwise guilty defendant.

Police departments often support required recordings, only to be fought by police unions. “Some police investigators are concerned that recording might deter confessions and cause some persons to refuse to speak freely with police officers,” wrote John Collins, General Counsel of the Massachusetts Chiefs of Police Association, in the April 2006 issue of the trade magazine, The Police Chief. On the other hand, cameras on dashboards and uniforms have become commonplace despite the wariness of some unions.

Many departments are now recording interrogations voluntarily as a way of protecting their officers when confessions are later challenged in court. One glaring irony of Soffar’s case is that Gil Schultz, a police officer who interrogated Soffar — and whose own work might have been questioned had the whole episode been taped — supports taping interrogations. Two years ago, he called the idea “fantastic” and said that a recording would have only strengthened the case against Soffar by showing how well the cops treated him. “I never raised my voice to that man,” Schultz said. “I treated him like a human being.”