Why Was Walter Scott Running?

Before he was gunned down by the white police officer he was fleeing, Walter L. Scott was alive and thinking about what he should do. There he was, in his car, pulled over for a broken taillight — and the cop, Michael T. Slager, was approaching him.

He tried calling his mother. He put away the phone. He had to make a decision. Should he run? Should he not run? 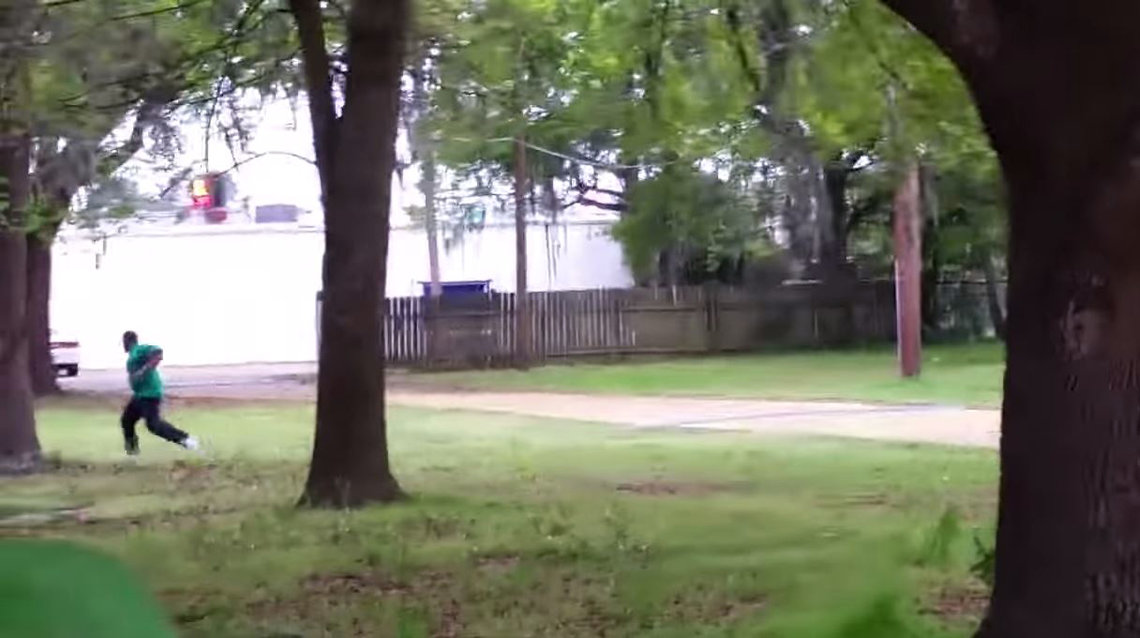 In that pivotal moment, says his family, Scott may have been grappling with something seemingly unrelated to the traffic stop itself. He was likely struggling, they say, with what was for him an ever-present source of anxiety: his child-support arrears.

For Scott, the fear that he could end up in jail for owing child support may have been more real, in those few seconds, than the abstract possibility of another police-involved shooting. He had been arrested multiple times in the past on contempt-of-court charges stemming from child-support obligations he had missed, and he knew all too well the criminal repercussions he was facing: arrest; a few rushed minutes in court, at best, without a lawyer1 and without the presumption of innocence (because it would be a civil proceeding); jail time; and another mark against him on his permanent record.

without a lawyer1In Turner v. Rogers, a case from out of South Carolina, the U.S. Supreme Court ruled that there is no automatic right to counsel at child support-related civil contempt hearings, because such a hearing is not considered criminal even if a stint in jail is the possible consequence.

He ran, and Officer Slager shot at him eight times. Scott died on the ground at the scene, handcuffed after he had fallen.

Though Scott's split-second decision to run away was not the cause of his death, let alone a justification for a killing authorities say was murder, his fear of going to jail for child support nonpayment may well have been a potent element of the encounter.

And the fear his family ascribes to Scott was probably justified. Not only did Scott's own experience suggest that arrest and jail time can result from child-support debt, but the statistics tell us the likelihood is high that a black, working-class man like him would get thrown in jail for such a reason.

In South Carolina, at least one in eight people in jail are there on contempt-of-court charges related to late or unpaid child-support orders. Nationally, as many as 50,000 parents may be in jail on those charges, though the exact number is uncertain, mainly because "contempt of court" is a general charge that does not only apply to child support cases. The best available data suggest that a majority of these jailed parents are black fathers.

"On top of all the other things that go through your head as a black man in an encounter with a police officer," says Jacquelyn Boggess, the Co-Director of the Center for Family Policy and Practice and an expert on child support, "you have to be thinking about your child support debt, because that's one of the big reasons that black men spend time in jail."

Bo Twiggs, who runs a program for struggling fathers in New York City called UpNext, says that many black men think about child support during encounters with the police. For that reason, he says, child support ought to play more of a role in the continuing national conversation about those interactions.

"After Ferguson and the other police shootings," Twiggs says, "everything was mostly about how police violence and criminal justice-related court costs are what drive institutional distrust of the police and courts among black men. And that's definitely true.

“But based on what I hear from fathers,” he says, “child support is right up there among the leading factors that cause black men to feel fear, anxiety, and distrust in these moments, and avoid engaging with police and other institutions."

Boggess and Twiggs say the issue has received much less attention and statistical analysis than the other systemic issues at play in these already highly-charged police interactions.

“But," Boggess adds, "I’ll tell you who does know the exact likelihood that they will go to jail for being behind on child support. The fathers themselves. They know that Judge So-And-So in their county sends X number of dads like them to jail. They know exactly how real the prospect of jail is in their local jurisdiction...especially if they’re poor and they’re worried about their ability to pay.”

"It's a burden, like a physical weight, that I know is on me, but even more when I'm dealing with someone like a cop or some officer of the law," says Derek Kelly, a father in New York City who owes over $20,000 in child-support arrears even though his children are all over the age of 27.

Ronald Davis, a father in North Carolina, describes the feeling this way: "I know I can go to jail if I don't pay. I'm always thinking about that. I'm stressed about it, especially when I realize I've got to go to a court date or I have to interact with somebody who could get me in trouble."

"But I can't see a way out," he adds, "other than just staying away from certain situations, like any situations involving the state. Going to the DMV, asking a cop for help, things like that. Because I just don't have that money to pay that amount, I just don't."

Twiggs says that many of the fathers he works with are "paralyzed by the fear of jail." They are even afraid to attend his program, at least at first, "because they see it as an official program, and so they feel like it's a trap, like they'll be arrested if they show up. That's how pervasive this fear is of going to jail for child support."

To Boggess, the emotion that a father like Scott may feel upon running into an officer of the law isn't exactly fear. "I think it's not quite correct when people describe this feeling as fear," she says. "Fathers like this man in South Carolina aren't necessarily in fear — they just don't like jail. They know how easy and likely it is for them to go to jail, based on their experience and the experience of people they know, and they just don't like jail and don't want to go."

"That's not spur-of-the-moment fear, that's a calculated choice to avoid an outcome that they have seen to be a very real possibility."

For others, the feeling is confusion. Larry Blackman, a youth minister and father in San Diego, California, explains: "It's hard for me to understand how the same people that is going after me, seizing my bank accounts, taking 55% of every paycheck, intercepting my tax returns, putting a lien on my car, freezing my driver's license, threatening me and judging me, is somehow the same people that are going to provide for my kids."

Blackman says that he wouldn't run from child support enforcement himself, but he understands the instinct. "I'm not afraid of them," he says, "but I definitely try to avoid them and avoid enforcement because it makes no sense and I'd rather just stay far away from them and help support my kids directly."

Blackman likens the aggressive pursuit of fathers in arrears — enforced by the threat of jail —- to Ferguson’s aggressive use of traffic tickets and court fees, condemned by the Justice Department as a means to milk the black residents of that community and one source of hostility towards the police.

Says Boggess, "This story is similar to Michael Brown's in not only the one way — the shooting of a black man by a white policeman. It's similar also in that it's about the plunder of black men that these cities and states are engaged in, this kind of official looting that's backed up by criminal-justice enforcement."

And what about the "bad" men themselves — how do they feel? Says Davis: "I feel like I'm always more and more on the run."