‘No Human Is Wise Enough to Decide Who Should Die’

Yesterday offered a tale of two Washingtons, with the one out east, as is its wont, capturing almost all the attention. The country’s highest court, in Washington D.C., held a bruising oral argument on the fine details of lethal injection, with back and forth about FDA labels, how many milligrams of a drug does what, and the “ceiling effect” of midazolam, a depressant that’s now front and center in the capital-punishment debate, even if at least one member of the Court wonders how to say it. The oral argument touched on firing squads, gas chambers and even burnings at the stake, with Justice Samuel Alito chastising a “guerrilla war against the death penalty” while Justice Sonia Sotomayor boiled lethal injection to this: “They’re putting a chemical inside of you that’s burning you to death.” 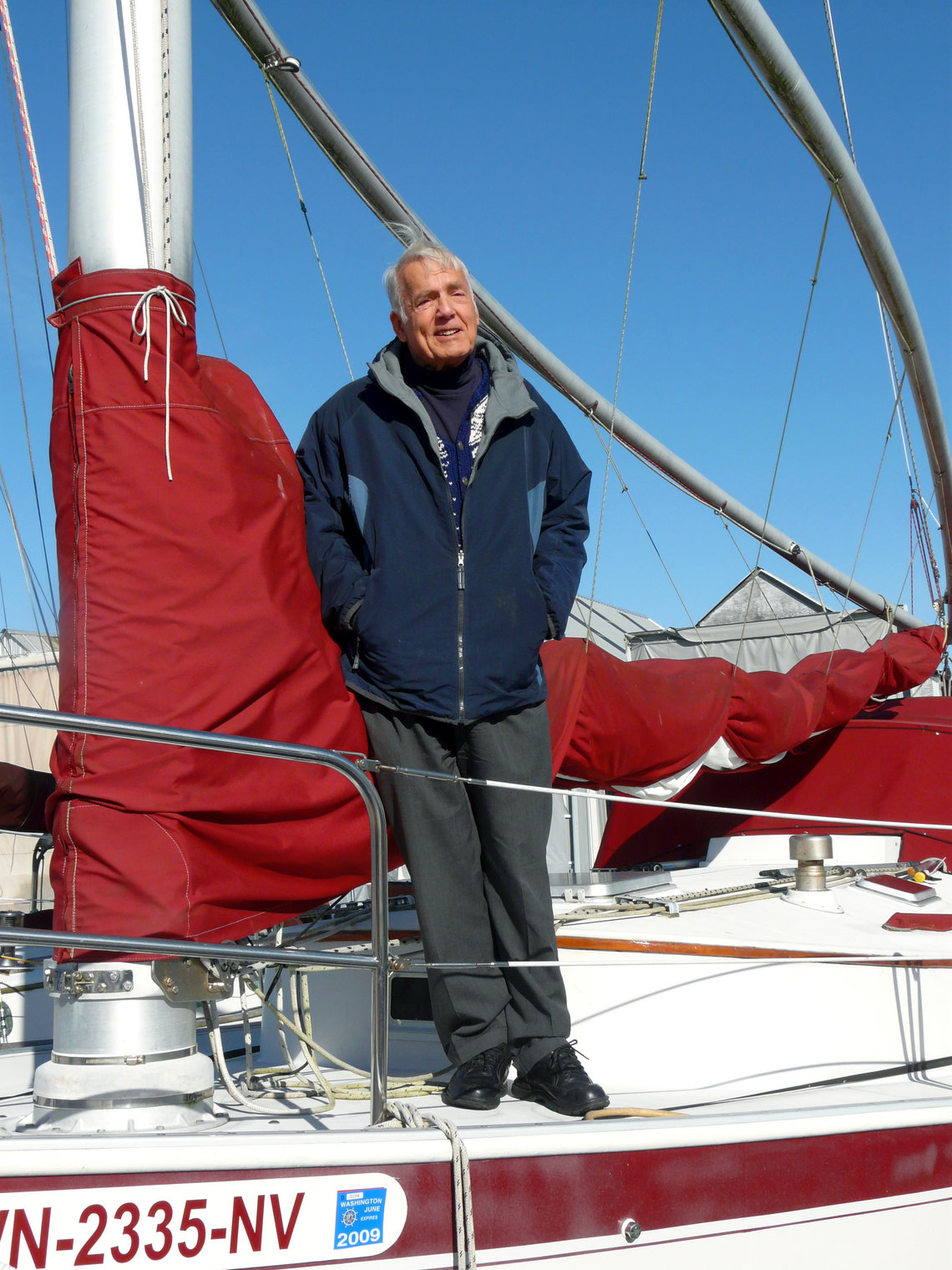 Justice Utter on his sailboat in an undated photo.

That wrapped at 11:19 a.m. Forty-one minutes later, in the Washington out west, the Washington State Supreme Court held a memorial service for Robert Utter, a former justice who died last year. The service was a lovely affair, complete with “Amazing Grace” on bagpipes and a reading from Atticus Finch’s closing argument in “To Kill a Mockingbird.” Utter is one of the most respected justices in the court’s history, but may be best known for the story of his exit: In 1995, after 23 years on the court, he upped and quit, in protest of the death penalty. “I have reached the point where I can no longer participate in a legal system that intentionally takes human life in capital punishment cases,” he wrote in his resignation letter. “We continue to demonstrate no human is wise enough to decide who should die.”

If the two events in courtrooms nearly 3,000 miles apart amounted to a sort of call-response, one Washington to another, that was not by design. “That was just a complete coincidence,” said Lorrie Thompson, the Washington State Supreme Court’s spokesperson. But, she said, Robert Utter would almost certainly have appreciated the timing.

Utter’s resignation was part of a string of judicial condemnations of the death penalty in the mid- and late 1990s. The most famous of these came from the U.S. Supreme Court, when Justice Harry Blackmun wrote in a 1994 dissent: “From this day forward, I no longer shall tinker with the machinery of death.” But justices on state courts also joined in, with Utter’s resignation followed by Illinois Supreme Court Justice Moses Harrison II warning of the inevitability of an innocent person being executed. “When that day comes, as it must, my colleagues will see what they have allowed to happen, and they will feel ashamed,” Harrison wrote in a 1998 dissent.

Utter was a quintessential figure of the outdoorsy Northwest. He was a friend and neighbor of the legendary Willi Unsoeld, a member of the first American expedition to summit Mount Everest, and he was an avid sailor, participating four times in the Victoria to Maui race. “My wife and I bought a sailboat before we bought a house,” he said in one speech. After joining the bench while still in his 20s, Utter wound up serving as a judge in all three tiers of the state’s judiciary, from the trial court to the appellate court to the Supreme Court. He mentored a distinguished group of law clerks, the alumni including Tim Ford, a top capital-punishment attorney, and Randy Hertz, vice dean of the New York University law school and one of the country’s top experts on habeas corpus. 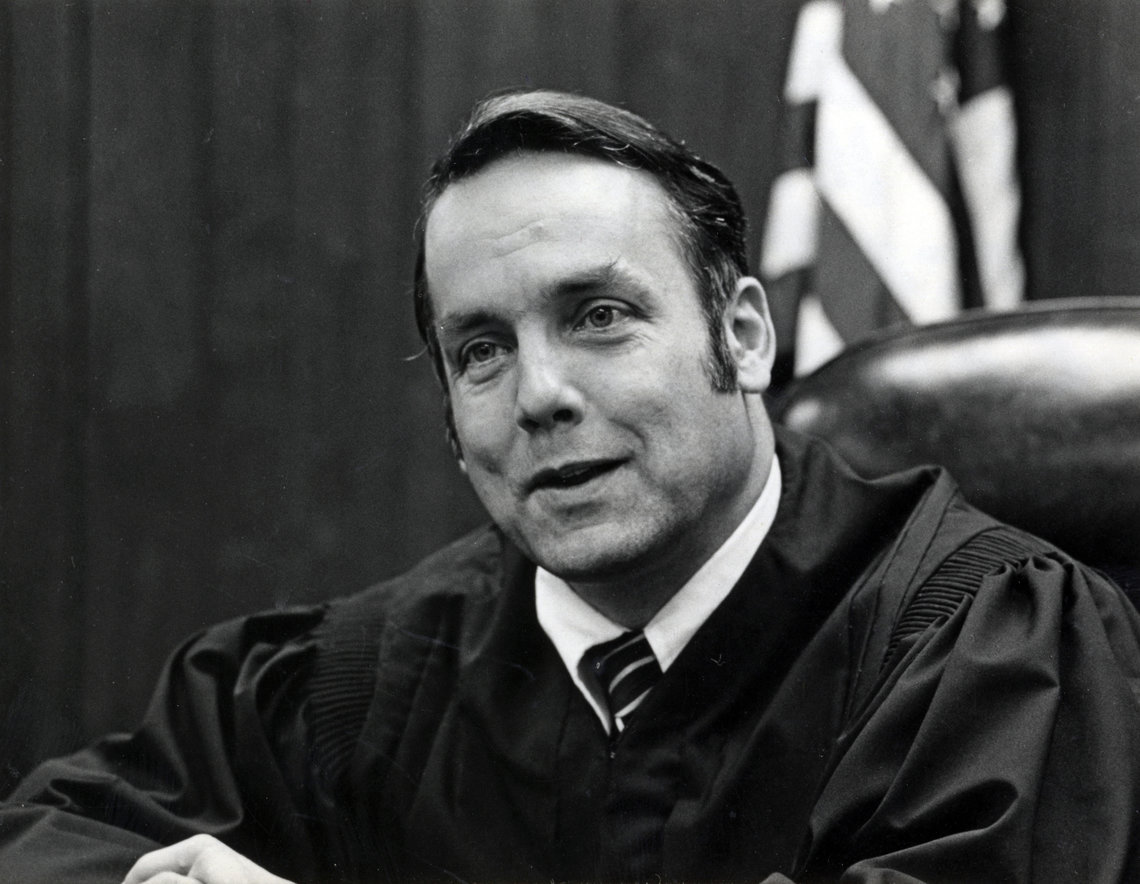 Justice Utter on the Washington Supreme Court in 1972.

On the state Supreme Court, Utter dissented two dozen times in cases where his colleagues upheld a death sentence. (Often, those sentences were thereafter reversed in the federal courts.) His chief criticism was the unequal application of the law. He would write time and again of how one defendant had received a death sentence while others, whose crimes were worse and whose circumstances were less forgivable, had not. In the 1990s, two events helped convince him to walk away. One was the 1993 execution of Westley Allan Dodd, the state’s first execution since 1963 and the country’s first hanging since 1965. The second was reading “Hitler’s Justice,” a book by Ingo Müller, a German lawyer. In a law review article published in 1997, Utter wrote that Müller “chronicles how the entire legal system, including judges, lawyers, and lawmakers, were co-opted to serve a lawless regime with the corresponding death of the rule of law and its legal institutions. … In fact, he told of only two non-Jewish judges who actively protested the actions of the Nazi government by resigning.”

In a long interview conducted as part of the Washington Secretary of State’s Legacy Project, Utter explained how the book made his choice clear.

After leaving the court, Utter traveled widely, consulting officials in aspiring democracies on how to establish an independent judiciary. “He went the extra tens of thousands of miles,” Robert Alsdorf, a former King County Superior Court judge, said at Wednesday’s memorial service. Alsdorf accompanied Utter on one such trip, to Kazakhstan and Kyrgyzstan, and came to appreciate the influence Utter had on judges in countries far removed from the United States. “He taught them that at certain times, the simple refusal to do the wrong thing is the closest one can come to the true rule of law.”

Utter died in October, at the age of 84, survived by his wife and three children. Eight months before Utter died, Washington Gov. Jay Inslee declared a moratorium on executions.