A closer look at the three federal inmates who have been executed since the 1960s.

Dzhokhar Tsarnaev, who was sentenced to death today for his role in the 2013 Boston Marathon bombing, stands to join a select group of only three defendants to be executed by the federal government in the modern era. These three men – Timothy McVeigh, Juan Raul Garza, and Louis Jones, Jr. – were all put to death by lethal injection at the United States Federal Penitentiary in Terre Haute, Ind., where Tsarnaev will soon find himself. Two were veterans. Their lives were all ended in a two-year span during the presidency of George W. Bush, after a 38-year hiatus in federal executions.

It’s unknown when, and if, Tsarnaev, will be put to death. Garza and Jones appealed their cases for eight years before they were ultimately killed, and more than 50 other inmates remain on federal death row.

Here, a closer look at the three federal inmates who were put to death. 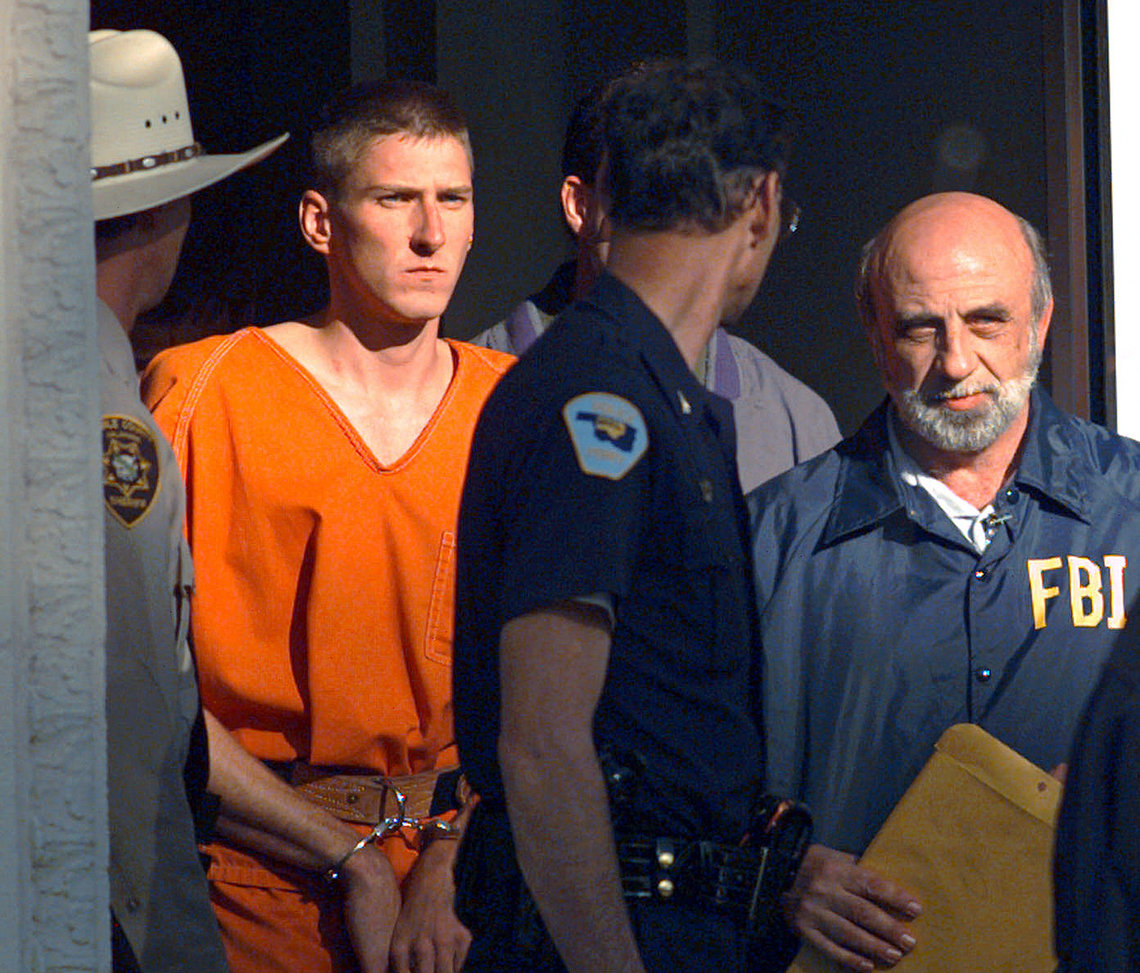 Timothy McVeigh being led out of the Noble County Courthouse in Perry, Okla. in 1995. McVeigh was sentenced to death and executed in 2001.

Crime: Eleven counts, including the use of a weapon of mass destruction, destruction by explosives, and eight counts of first-degree murder

Timothy McVeigh, the Oklahoma City bomber, set off a truck bomb in front of the Alfred P. Murrah federal building in April 1995, killing 168 and injuring more than 600. For committing the deadliest act of domestic terrorism in the U.S. history, he became the first person executed by the federal government since murderer Victor Feguer was denied clemency from John F. Kennedy in 1963.

McVeigh, a decorated Gulf War veteran, was angered by a failed tryout for the Special Forces and infuriated by the siege by federal agents of a religious compound in Waco, Texas. He was passionately anti-government, avowing that the United States government was “the ultimate bully.”

His response to his own execution was famously unrepentant. After his request for a nationally televised lethal injection was denied, he said, “The truth is, I blew up the Murrah Building, and isn’t it kind of scary that one man could wreak this kind of hell?”

Crime: Ordered the murder of three people while acting as the kingpin of a marijuana-trafficking operation

After 38 years without an execution, the federal government put to death two men in quick succession. Eight days after McVeigh died, Juan Raul Garza met the same fate in the same execution chamber in Indiana.

The son of migrant workers, Garza rose to the top post of a drug cartel in Brownsville, Texas. He became known for his violence, murdering his 21-year-old son-in-law for losing a shipment of product, and ordering the kidnapping and strangling of a woman he believed had laughed at him.

He was sentenced to death in August 1993 for ordering the murders of three rival drug traffickers under the recently enacted Anti-Drug Abuse Act of 1988, which allowed the execution of anyone convicted of murder while running a drug organization. Garza appealed on the basis that his jury had been informed of previous murders he had allegedly committed — though had never been convicted of — in Mexico. He lost the appeal, as well as a plea for clemency from President Bush.

Upon his execution, he said, “I want to say that I’m sorry. I apologize for all the pain and grief that I caused.”

In 1995, two years after his honorable discharge from the Army, Louis Jones, Jr. abducted a 19-year-old female recruit, at gunpoint, from the laundry facility at an Air Force base in San Angelo, Texas. He then raped and bludgeoned her to death with a tire iron, and left her body under a nearby bridge.

Because the crime occurred at a military establishment, it was prosecuted under federal jurisdiction.

At trial, Jones’s defense team argued that he committed the act due to trauma from his experiences at war. His unit had repeatedly been exposed to chemical fallout after U.S. bombs hit Iraqi chemical-weapon storage, and he showed evidence of brain damage. Previously, during the invasion of Grenada, he had parachuted into live enemy fire and saw many comrades killed by exploding shells. After returning home, he began drinking, got divorced, had regular headaches, and claimed to have out-of-body experiences, including the night of his crime.

When several denied requests for leniency to the U.S. Supreme Court and President Bush were denied, Jones was put to death by lethal injection, at Terre Haute. He sang a Christian hymn in his final moments.

An earlier version of this story mischaracterized the events behind the siege in Waco, Texas.