Is it time to dismantle the Bureau of Alcohol, Tobacco, Firearms and Explosives?

Tasked with policing three of the most contentious vices in America, the Bureau of Alcohol, Tobacco, Firearms and Explosives has been buffeted for decades by controversy and calls from the left and the right to dissolve it.

Today, the liberal think tank the Center for American Progress joined the chorus of critics and proposed that the ATF be abolished and its core duties be subsumed by the FBI. The report argues that, among other failures, the bureau “has struggled to define a coherent and manageable mission.” 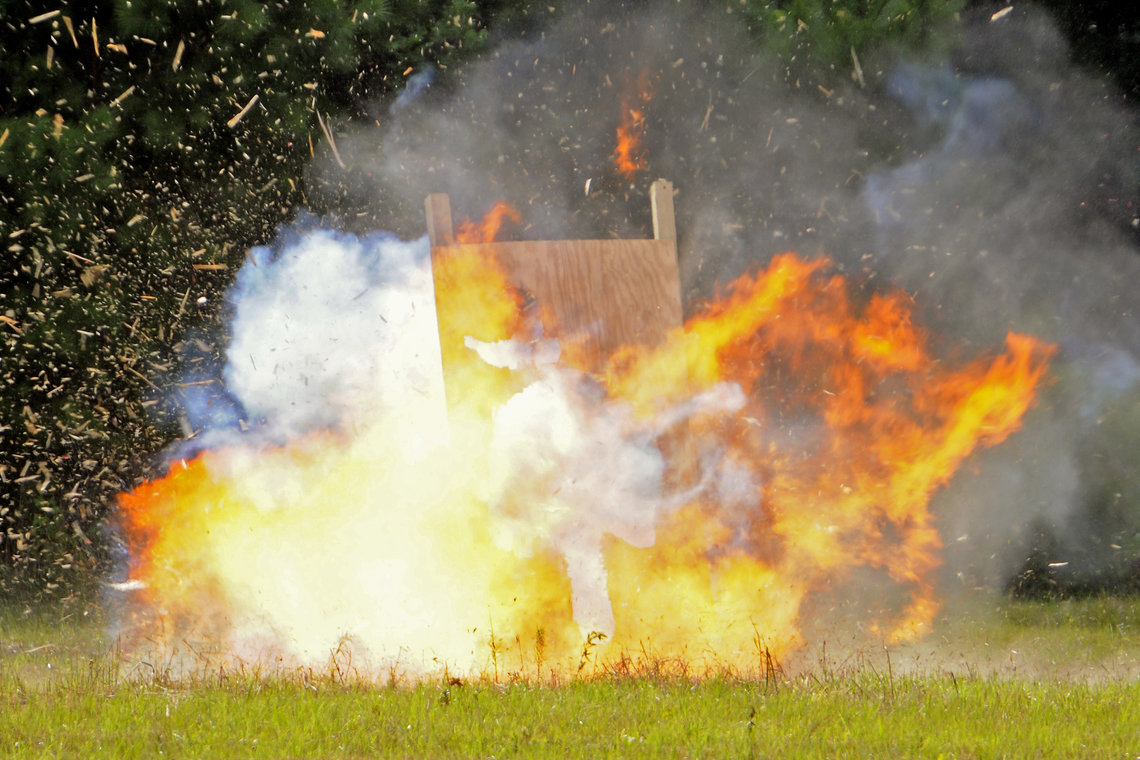 The Bureau of Alcohol, Tobacco, Firearms and Explosives held a demonstration for students at the Horry County Police Department Bomb Squad near Myrtle Beach, S.C. in 2013.

The Sun News, via Associated Press

The center’s 192-page report chronicles the ATF’s ups and downs in recent decades, particularly since 2002 when it moved from the Department of the Treasury to the Department of Justice as part of the Homeland Security Act. In the view of the report’s authors, the ATF is underfunded, and its goal of policing violent gun crime puts it at odds with its larger sibling, the FBI. Faced with lobbying efforts to restrict it from enforcing gun laws, the ATF has struggled to find its place in the Justice Department and has suffered from insufficient oversight.

Still, the report goes out of its way to laud ATF agents, who are faced with a daunting, if not unwinnable, mission.

“ATF agents as a group are exceptionally productive by traditional measures, especially when compared with agents at other federal law enforcement agencies. In 2013, ATF agents were remarkably productive in the development of cases for prosecution—outperforming Federal Bureau of Investigation, or FBI, agents 3-to-1—averaging 3.4 cases per agent referred to the U.S. Attorneys’ Office for prosecution for every 1 case per FBI agent. ATF agents, more so than most others in federal law enforcement, also have a strong reputation across the country for being assets and effective partners to local law enforcement agencies.”

The Center for American Progress is not the first to want to dismantle the bureau. In March, Rep. Jim Sensenbrenner (R-Wisc.) introduced a bill titled the “ATF Elimination Act.” It would cut the ATF into pieces and split its work between the FBI and the DEA.

“The ATF is a scandal-ridden, largely duplicative agency that lacks a clear mission. Its 'Framework' is an affront to the Second Amendment and yet another reason why Congress should pass the ATF Elimination Act," Sensenbrenner said at the time, in a statement reported by The Hill.

The Republican, who has served in Congress since 1979 and chairs the House’s Subcommittee on Crime, Terrorism, Homeland Security and Investigations, introduced a similar measure last fall that failed to progress through the House.

Perhaps in a nod to potential fiscal conservative allies, the American Progress report estimates that moving the ATF into the FBI would save $411 million over 10 years.

For critics of the bureau, which traces its roots back to the presidency of Abraham Lincoln, there have long been reasons for complaint. Through much of the past 25 years, the bureau seems to have lurched from one scandal to another. While policy makers consider the recommendations of the Center for American Progress, Sensenbrenner and others, we’ve revisited some of the ATF’s least flattering episodes.