Could a Bite Mark Catch a Killer?

Or is it junk science?

When used in expert testimony at a criminal trial, terms like “incisal edge” and “the diastema of the two teeth” sound convincingly scientific. Oral surgeon Dr. Curtis Mertz — who had trained at the Armed Forces Institute of Pathology at Walter Reed Hospital and was certified by the American Board of Forensic Odontology — used them to help seal the 1986 murder conviction of Danny Lee Hill.

But the testimony he gave on the stand at Hill’s trial was little more than junk masquerading as science, say Hill’s lawyers in a recent motion for a new trial. Hill, now 48, was convicted of aggravated murder and sentenced to death on the basis of two major pieces of evidence: a confession, which his lawyers say was coerced and false, and bite marks on the victim’s body, which Mertz said with a “reasonable degree of medical certainty” were made by Hill’s teeth. 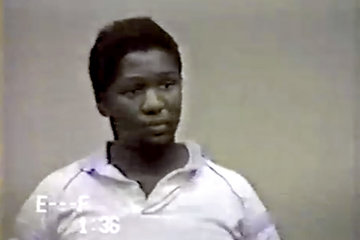 To read more about the questions surrounding the interrogation and confession of Danny Lee Hill, click here.

That level of certainty is impossible, according to current scientific standards. Forensic odontology — which uses dentistry to assist in crime solving — became a recognized forensic sub-specialty in the 1970s. The country’s approximately 100 board-certified forensic odontologists help identify bodies using dental records, take DNA swabs from saliva on bite wounds, and do other investigative work. A less common, and more controversial, method is “bite mark comparison,” which aims to match a bite wound on a victim with a particular suspect’s teeth. In Hill’s case, the prosecutor, Dennis Watkins, characterized bite marks as “a trademark and a blueprint that we can follow in the pattern of injury.”

But it’s increasingly clear that to treat a bite mark like a fingerprint is misleading at best. Fourteen men have been exonerated — four from death row — after being convicted of crimes on the basis of bite mark analysis. In one case, a forensic dentist claimed that “it could be no one but Levon Brooks that bit this girl's arm”; it later emerged that the wounds were not bite marks at all but rather places where crawfish and insects had nibbled the girl’s body after it had been tossed in a pond. In another case, a forensic odontologist testified at Robert Lee Stinson’s 1985 trial that there was “no margin for error” in his conclusion that Stinson had bitten the victim — even though the bite impression seemed to indicate that the biter had all his top teeth, and Stinson was missing a tooth. Stinson was exonerated in 2009 after more than 23 years in prison.

“The skin is convenient,” says Innocence Project attorney Chris Fabricant, who has fought the validity of bite mark forensics in dozens of cases. “You can really point to anything and say, ‘it’s this way because of the elasticity of skin. Or it’s not.’ There’s no underlying research to support either conclusion.”

Forensics in general have been subject to increasing scrutiny in recent years. In 2009 the National Academy of Science published a landmark study calling into question the scientific basis of many of the criminal justice system’s longstanding techniques, like hair analysis, bullet and firearm identification, and arson investigations. “The simple reality is that the interpretation of forensic evidence is not always based on scientific studies to determine its validity. This is a serious problem,” the NAS report said.

Forensic odontology was the subject of particular criticism. The very foundations on which the field rests have never been tested or scientifically proven, the NAS said: first, that human bites are unique, and second, that human skin can accurately record bite marks. “Bite marks on the skin will change over time and can be distorted by the elasticity of the skin, the unevenness of the surface bite, and swelling and healing,” the NAS report said. “These features may severely limit the validity of forensic odontology.”

American Board of Forensic Odontology standards, updated in 2013, were designed to limit just how much investigators could claim to extrapolate from a bite mark. “Terms assuring unconditional identification of a perpetrator, or identification ‘without doubt,’ are not sanctioned,” the group’s president, Dr. Gary Berman, told The Marshall Project in an email. Yet there’s nothing preventing a forensic odontologist from using unsanctioned language on the stand. And even these new guidelines come up short: the group’s past president Dr. Gary Golden acknowledged in a recent journal article that “a more refined and scientifically verifiable version is necessary.”

The California Supreme Court will decide in the coming months whether to overturn the 1993 murder conviction of a San Bernardino man convicted of killing his wife, largely on the basis of the testimony of a bite mark expert who later recanted. (After the court previously upheld his sentence, the California legislature passed a new law designed to assist defendants with their appeals when experts recant their testimony.) Courts in Mississippi are weighing a similar case, in which a man was sentenced to death on the basis of a bite mark analysis performed after the victim’s body had been exhumed.

Danny Lee Hill has spent more than 29 years on Ohio’s death row for the rape and murder of 12-year-old Raymond Fife. It was — and remains — about as horrible a case as one could imagine. Raymond disappeared on his way to a Boy Scout meeting one evening in 1985; he was found in some woods hours later, beaten, strangled, and burned. The attack shook the tiny town of Warren, where everyone knew everyone and where Raymond is still regularly remembered at town-wide events.

At trial, prosecutors zeroed in on marks on the boy’s penis. Dr. Curtis Mertz identified those marks as a bite, and said on the stand that “Hill’s teeth…made the bite.” The bite marks were “exactly one-third less in size” than Hill’s mouth. This was damning evidence, Mertz said: Fife’s penis may have been erect at the time of the bite because he was being strangled, and studies have shown an erect penis is approximately one-third bigger than a flaccid one.

Hill’s lawyers say all of this was totally bogus.

In their motion for a new trial, submitted in November, they included an affidavit by forensic odontologist Dr. Franklin Wright. Mertz — who died in 2005 — was Wright’s mentor and friend, and the two had discussed the case on several occasions. “Dr. Mertz confided to me that he would not have had the same opinion in this case (biter identification) as he had in his original opinion and testimony,” Wright wrote. “He indicated he was not as sure the injury was a definite bite mark nor was he so sure, if the injury was a bite mark, that he could identify a biter.” (In their rebuttal, prosecutors said this was “pure hearsay and would be absolutely inadmissible in a court of law.”)
Wright said Mertz’s judgment about the condition of Fife’s penis at the time of the attack, and what bearing this might have had on the impression a bite may have made, had been “nothing more than a blind guess.”When Wright reviewed the documents in Hill’s case, he concluded that the marks on Fife’s penis were not a bite at all — and they hadn’t met the professional criteria for a bite in 1985, either. “There is no scientifically supportable conclusion that could, in any way, attempt to identify a possible biter based on the injury on the penis of the victim,” Wright said.

In court filings, prosecutors point out that Hill confessed to the crime, so even if the bite mark forensics were invalid (“a point completely rejected by the state”), Hill is still obviously guilty. They also point out a contradiction inherent in Hill’s appeal: Hill’s lawyers contend that testimony by forensic dentists is unscientific and unreliable. “And yet how does Defendant Hill support his motion for leave? With a recently generated report compiled by a ‘board certified practicing forensic dentist’…Late night comics would have a field day with this irony.”

The judge is expected to rule in the coming months about whether Hill is entitled to a new trial.