Ohio Gets a Third Chance to Kill Michael Keenan

A case so messy one judge says it’s an argument for abolishing the death penalty.

This morning an Ohio capital case with an extraordinarily complicated history became more complicated yet, as the Ohio Supreme Court ruled that a man accused of a murder three decades ago can be tried for a third time, despite the court’s misgivings about the prosecution’s misconduct and the prospects of the defendant ever receiving a fair trial.

“By our count, at least 40 judicial decisions have been rendered in this case since the original murder conviction in 1989. Nevertheless, more are in the offing,” the court wrote in the majority opinion of its 4-3 ruling.

Reflecting how twisted this case has become, Justice Paul Pfeifer, who wrote the majority opinion saying Keenan could be tried again, took the rare step of adding a concurring opinion — in which he said this particular legal debacle underscored the need for Ohio to abolish the death penalty. If the majority opinion is the story, the concurring opinion is the editorial. In it, Pfeifer, a Republican who has been on the court since 1993, noted that the defendant, Michael Keenan, might well have been executed before it ever came to light that prosecutors had concealed evidence undermining their case. 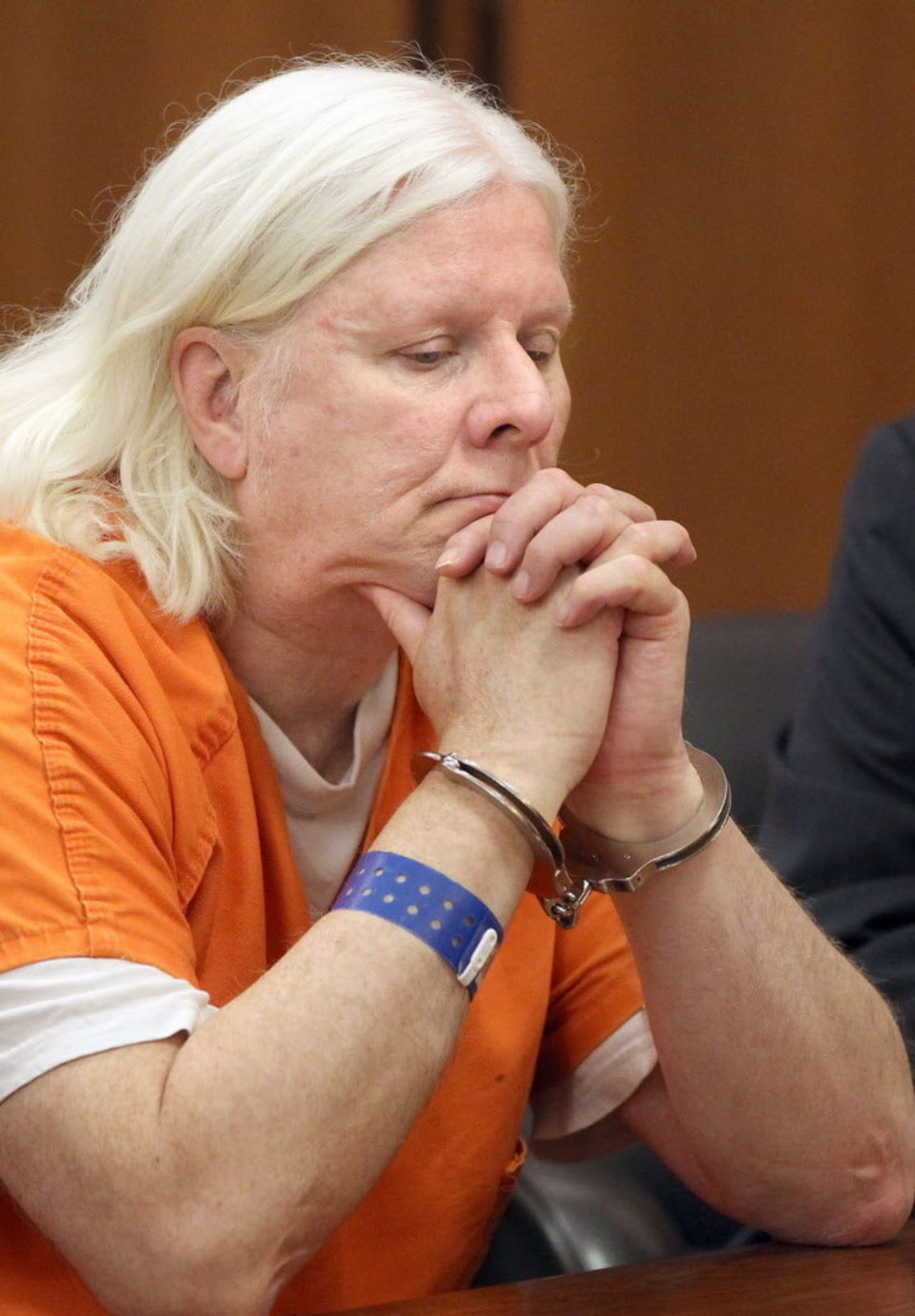 Michael Keenan during his hearing in 2012.

“It would be an unspeakable travesty if the great state of Ohio were to execute a defendant and then determine that it had done so based on deliberate prosecutorial misconduct,” Pfeifer wrote, adding: “If he had been executed, there would have been no way for the state to cleanse itself from the awful reality of having executed a person who had not received his full measure of legal protection.”

Keenan, 65, has been free since 2012 and now lives out of state. He was convicted and condemned in the murder of Anthony Klann, whose body was found in 1988 in a Cleveland park. Beginning with the original trial in 1989, Keenan’s case became a legal odyssey marked by misconduct or missteps by the prosecution and defense alike.

Keenan’s first conviction was overturned in 1993 because of what the Ohio Supreme Court called the prosecutor’s “histrionic” conduct at trial, which included calling the defendant an “animal,” denigrating the defense attorneys as hired guns, presenting an argument that amounted to guilt by association, and, in front of the jury, taking a large knife and stabbing it into a courtroom table.

In 1994, Keenan was tried again, convicted again, and condemned again. After losing his appeals in state court, Keenan turned to federal court — where his appellate counsel made a critical mistake, missing a one-year deadline for filing Keenan’s habeas corpus petition. (An investigation published last year by The Marshall Project and The Washington Post found that Keenan’s was among at least 80 capital cases nationally where the deadline was blown, jeopardizing the condemned inmates’ crucial, final appeals in federal court.)

In this instance, the federal courts decided to forgive the missed deadline, allowing Keenan’s appeal to be heard. Had they not, Keenan might have been executed.

In 2012, a U.S. District Court judge overturned Keenan’s second conviction, finding that prosecutors committed “egregious” misconduct by withholding evidence that could have been used to impeach the credibility of police detectives and other prosecution witnesses.

After that ruling, Keenan’s counsel asked that prosecutors be barred from trying Keenan a third time. But in its ruling today, the Ohio Supreme Court refused to take that dramatic step, despite noting the toll taken by the passage of time. At least five witnesses in the case have died since Keenan’s original trial in 1989.

Indicative of how much the state's case has unraveled, Joe D'Ambrosio, a co-defendant of Keenan's who was prosecuted with much the same evidence, had his conviction and death sentence thrown out in 2006 — and was released from prison four years later, after a federal judge barred prosecutors from retrying him.

Although they can now go forward with a third trial against Keenan, prosecutors have yet to decide if they will, said Reanna Karousis, a spokesperson for the Cuyahoga County Prosecutor’s Office. “It’s under review,” she told The Marshall Project.

As for Pfeifer — the justice who wrote both the majority opinion allowing prosecutors to proceed and a concurring opinion urging the legislature to abandon the death penalty — this is not the first time he has made this plea to lawmakers.

In 2011 he spoke in opposition to capital punishment while testifying before the House Criminal Justice Committee in Columbus, saying the death penalty is applied so unevenly as to be a “death lottery.” Pfeifer previously served in the legislature — and helped write the death-penalty law that he now wants to see repealed.